We caught up with the 17-year pitching veteran to learn more about his second go-around with Broken Bat, life in the Rangers organization and his mysterious Twitter ban.

OnMilwaukee: How did you get hooked up with Broken Bat Brewing Company?

Tim Dillard: I was actually introduced to the Broken Bat Brewery guys by a mutual bobblehead. That’s right ... Phil and Brad who founded the National Bobblehead Hall of Fame and Museum (located in the Third Ward) were the ones that so serendipitously introduced me. And as a pitcher ... as soon as I heard the name "Broken Bat" I knew it was home.

What role did you have in creating these two beers?

Not much ... the Broken Bat brewers Dan and Tim are the real miracle workers! They entrusted me with naming the beers and writing the description on the side of the cans. And of course asked what things that I liked most about beer ... that’s why these two brews pack a punch!

The plan is to enjoy some handsome beer while fellowshipping with friends new and old! And share stories of life, baseball, beards, and the pursuit of jubilance! Last year they put me behind the bar and gave me a microphone. I beatboxed for three hours. And by beatboxed I really mean that I just talked about myself incessantly. 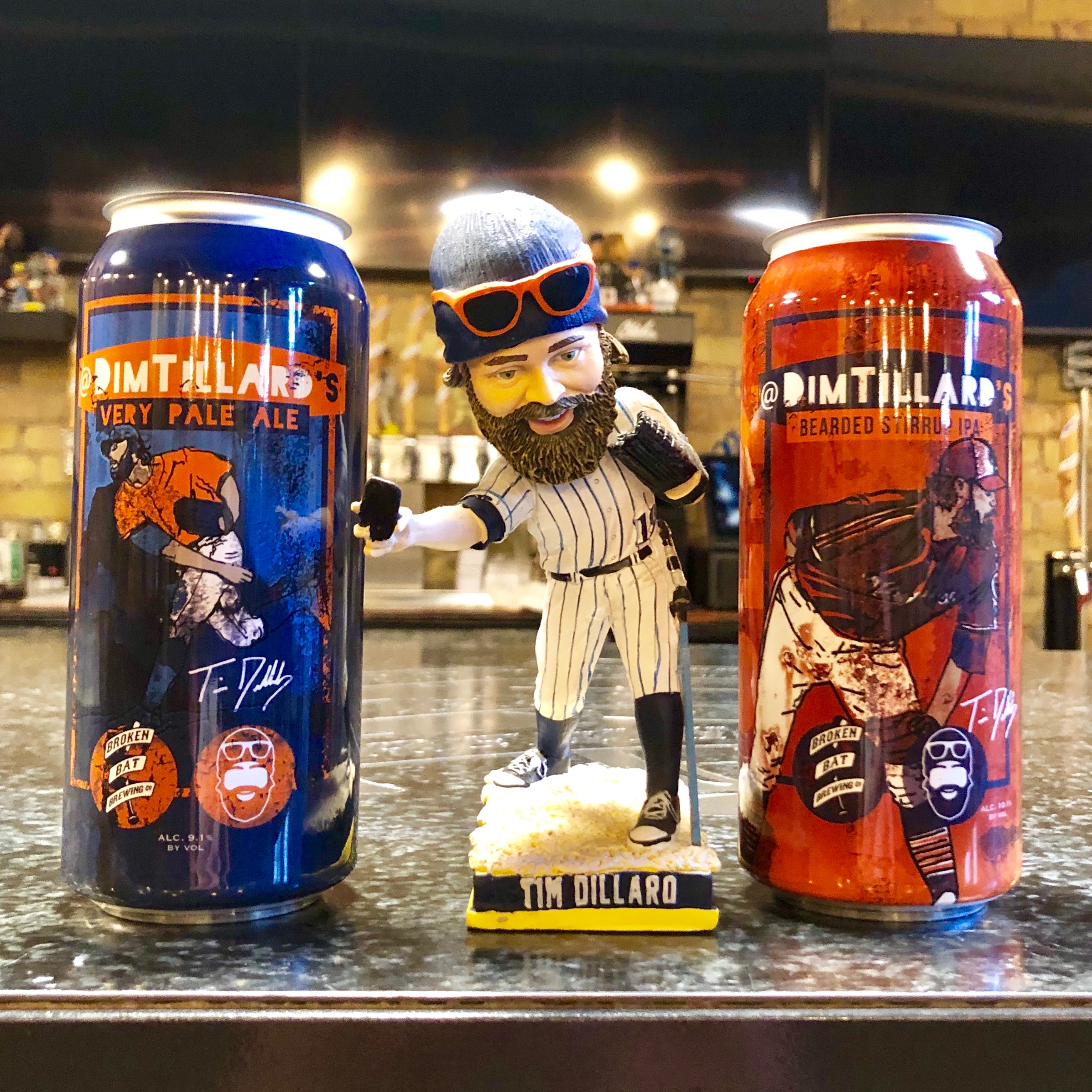 How was your season with the Sounds?

This past season was fantastic! I live in Nashville, so I was able to see way more of my family than the last several years. And I truly had a wonderful mix of teammates who not only played hard but also had fun! It was because of them bringing their best every single day that I was able to literally pitch the most innings in ALL of Minor League Baseball!

Just kidding! Pretty sure it was from severe "copyright infringement." Apparently I’m not Eminem, Mariah Carey or the Imagine Dragons. Who knew, right? Basically Twitter suspended my @DimTillard account indefinitely and demanded that I not create another one. My new twitter account is @DimothyTillard.

Why is it important for you to continue to connect with Milwaukee fans?

Desperation! Ha ha. No, I’m very fortunate that a career Minor Leaguer like myself has been accepted by this amazing community! And I wouldn’t necessarily use the word fan, either because it implies a sort of informalness. When in reality, I’ve been able to meet and stay connected with so many Wisconsinites over social media, and that has produced real friendships!

A Grebe's cruller-inspired stout? East Troy Brewery has it!