For the second year running, Chefs Dan Jacobs and Dan Van Rite of JVR Hospitality Group have announced that they will be hosting their second Dim Sum + Give Some gala to benefit the Kennedy's Disease Association.

For the second year running, Chefs Dan Jacobs and Dan Van Rite of JVR Hospitality Group have announced that they will be hosting their second Dim Sum + Give Some gala to benefit the Kennedy’s Disease Association.

The gala will take place on Tuesday, March 24 at the Italian Community Center, 631 E. Chicago St. and will feature a selection of hors d’oeuvres and a six course dinner with wine pairings.

Beginning at 6:30 p.m., guests will enjoy cocktails and hors d’oeuvres created by a variety of local chefs including Zach Engel of Galit in Chicago, Illinois; Paul Zerkel and Lisa Kirkpatrick of Goodkind; Dane Baldwin of The Diplomat; Gregory Leon of Amilinda; Thomas Hauck of Lowlands Group; Mitch Ciohon of Snack Boys; Andrew Miller of Third Coast Provisions; and Zak Baker of Ca'Lucchenzo.

You can watch a segment featuring last year’s Dim Sum + Give Some gala on this week’s episode of "Wisconsin Foodie." Here’s a peek!

What is Dim Sum + Give Sum?

Dim Sum + Give Sum was birthed in 2017 following the news that Daniel Jacobs of DVR Hospitality Group was diagnosed with Kennedy's Disease, a rare, currently incurable and non-treatable, genetic neuromuscular disease that – over time –  severely impact patients' mobility and their ability to speak.

Rather than giving in to the despondency that often accompanies news of a terminal illness, Jacobs used it as an opportunity to bring awareness to the cause [Listen to Chef Jacobs talk about his experience on FoodCrush]. 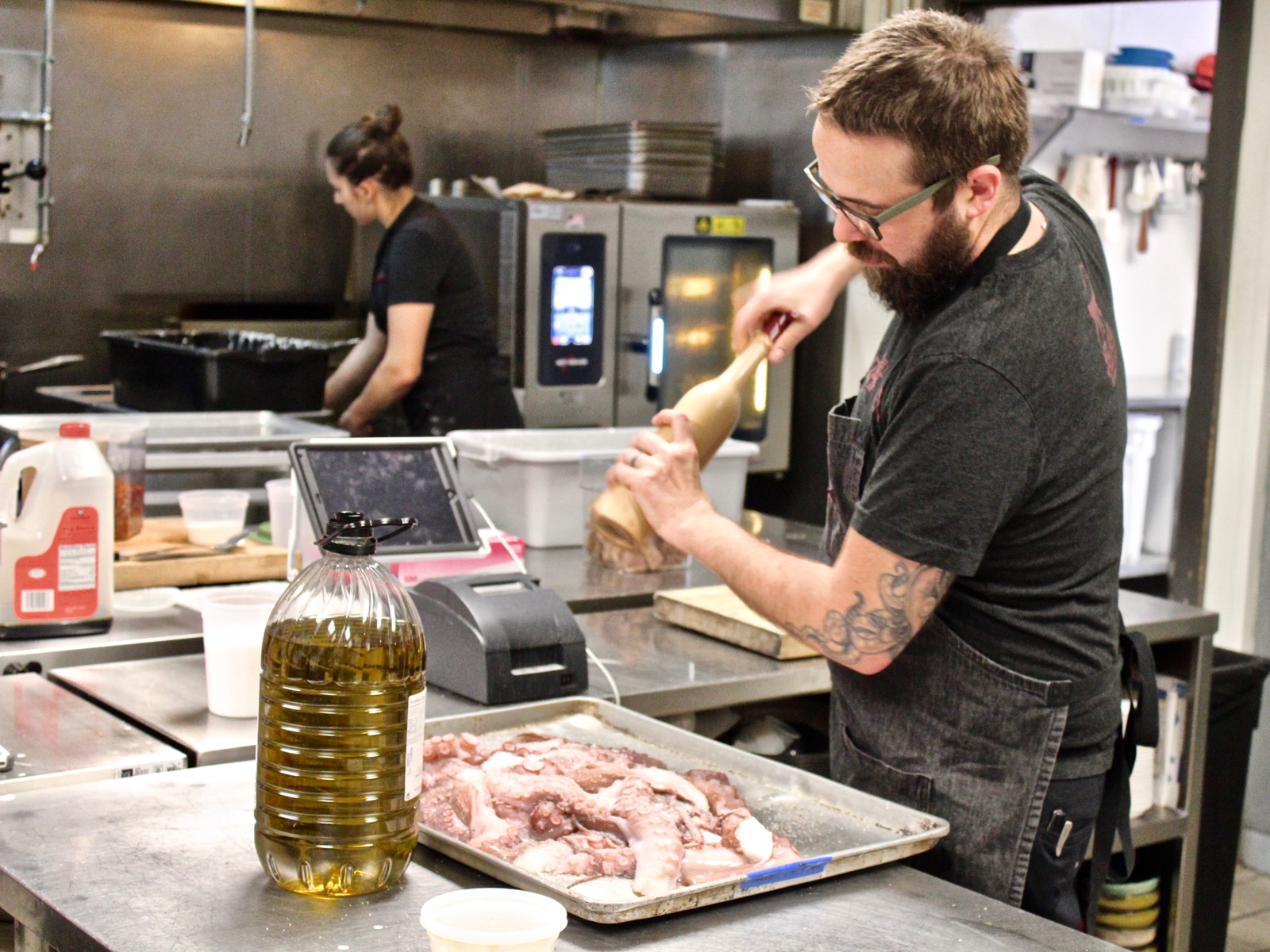 His efforts began with the first annual Dim Sum + Give Some, a dine-around event hosted with the support of Jennifer Bartolotta and countless area chefs. The inaugural event raised $25,000 for the Kennedy's Disease Association. The gala event was added in 2019 to provide an additional way for diners to contribute to the cause while enjoying a more formal dining experience.

The fourth annual Dim Sum + Give Some chef dine around event will take place on Sunday, June 21. Stay tuned for additional information.

5+ great reasons to get your tickets now for Indulge Milwaukee, Aug. 20-21

Lori Fredrich Aug 15 Dining
Do This