As Dave Matthews acknowledged early in the show, the torrential rain stopped shortly before he and his band took the American Family Insurance Amphitheater stage a little after 8 p.m. And for the next three-plus hours, only incredible musicianship poured over the crowd.

However, from the beginning, it was evident that although Dave was positive and energetic, something was a little off. The sound – at least from our seats under the covered section – wasn’t particularly crisp and the projected imagery behind the band didn’t function properly at first.

Although the sound remained slightly muffled throughout the show, the backdrop eventually kicked into full force and projected a vivid design of exploding crystals with live footage of the concert in the center of it.

Throughout the entire evening, Dave was incredibly grateful towards the audience – he said "thank you" many times and other kind quips – but he only minimally chatted with the audience, barely danced and lacked his usual soulful, slightly goofy charm.

Perhaps his mellow-ish mood was affected by his experience on the way to the show. According to social media posts, Dave’s bus was in a very minor accident with another vehicle while navigating its way through the parking lots. Dave did vaguely and lightheartedly mention the complexity of getting through the Third Ward and onto the grounds during the show.

Somewhat surprisingly, and perhaps at the disappointment of fans hoping for more hits, the band jammed a half dozen tracks from the new record, "Come Tomorrow," their ninth studio album that dropped just three weeks ago. They opened with "Again and Again" and later performed "Here On Out," "Samurai Cop (Oh Joy Begin)," "Can't Stop," "Come On, Come On" and "Virginia In The Rain." 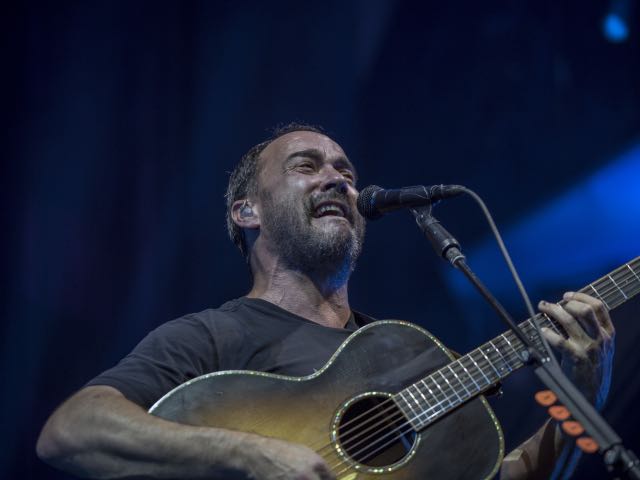 "Come Tomorrow" debuted at No. 1 on the US Billboard 200 during its first week of release and garnered the biggest sales week for an album in 2018, as well as the highest-selling rock album during the first week of its release in more than four years.

Although "Come Tomorrow" was at the heart of tonight’s show, DMB certainly dished up crowd pleasers like "Satellite," "Lie In Our Graves," "#41" and "So Much To Say." However, they didn't provide the sing-along dance party that many carefree Big Giggers were anticipating, leaving out old favorites like "Ants Marching," "Two Step" or "Crash Into Me," which recently underwent a revival in the film "Lady Bird." 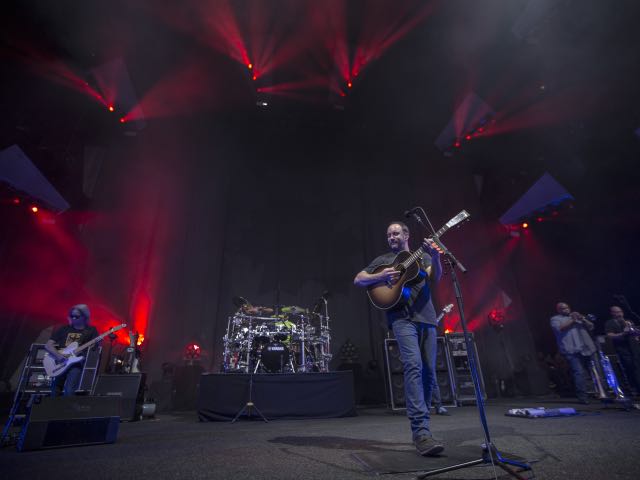 My friend and concert date, Rachael Glaszcz, summed it up well.

"It was a good show for long-time DMB fans who’ve seen the favorites more times than they can count and are curious to hear what the new songs sound like. It was not a good show for first-timers. The one sitting next to me left about four songs in," says Glaszcz, who witnessed her 35th DMB show tonight and has a fire dancer (one of the band's early logos) tattoo on her ankle.

There were, however, numerous stand-out moments during tonight’s sold-out concert. Dave’s sweet soulfulness was particularly apparent during "Virginia In The Rain" and "The Song That Jane Likes" – a song written in honor of his sister. Trumpet player Rashawn Ross blew away the crowd with his solo in "Jimi Thing" and new band member, keyboardist Buddy Strong, really showed off his chops. Strong, who usually plays for Usher, was hired after violinist and longtime member Boyd Tinsley was fired from the band for being accused of sexual misconduct.

The Dave Matthews Band formed in 1991 in Charlottesville, Virginia. Three of the original members are still in the band today: Dave, bassist Stefan Lessard and drummer Carter Beauford who was named by Rolling Stone as one of the best drummers of all time. Beauford, who has been known to chew bubble gum while on stage, blew impressive pink bubbles tonight while delivering even more impressive beats.

At 51, Dave continues to put his heart, soul and physical energy into his performances much like he did last decade and the decade before that. Tonight’s show wasn't a DMB hit parade – the crowd seemed engaged but not enthralled – but it was a solid show with a few surprises. And for hardcore fan Glaszcz, it was more than that.

"It felt like being back with family," she says.