The excitement in the bustling dining room during Dorsia's soft opening this past weekend was palpable as eager diners tried out a variety of appetizers, flatbreads, salads and pasta off the new menu, mostly priced under $20.

Italian has returned to Brady Street.

Dorsia, a modern Italian eatery owned by Jeno and Lorenzo Cataldo, is gearing up to open to the public on Tuesday, May 2, at 1307 E. Brady St., in the former home of Mimma's.

During the restaurant’s soft opening this past weekend, the excitement was palpable in the bustling dining room as eager diners sipped glasses of wine and sampled a variety of menu items, most priced under $20. 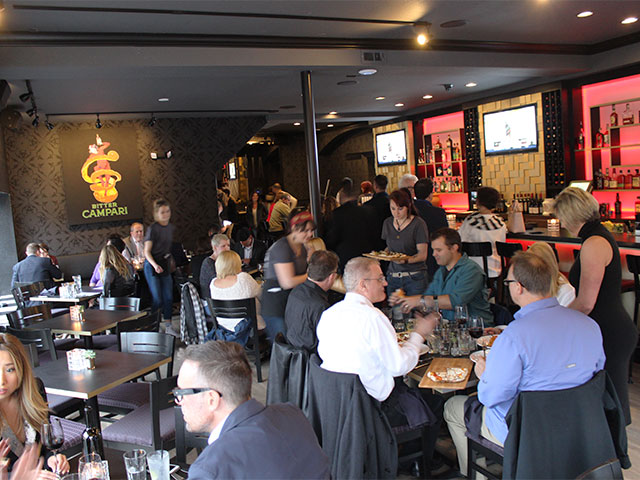 And while menu items are somewhat reminiscent of those served in other low-key Sicilian-inspired spots around the city, it's Dorsia's atmosphere that sets it apart. The vibe begins with its bright interior featuring modern decor, the long bar with its gold accents and flatscreen televisions, which on our visit were broadcasting a variety of sports coverage. And it's underscored by lively, upbeat music, high energy waitstaff and playful art. 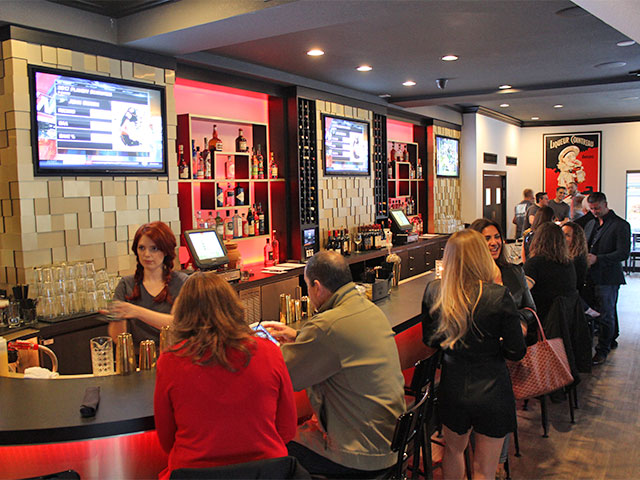 Among the antipasti served up by Dorsia chef Scott Klenke are arancini served with pomodoro sauce and parmesan ($7), fried eggplant ($8), oysters on the half shell ($13) and fried calamari with fennel, red pepper, basil, mint, pomodoro sauce and Meyer lemon aioli ($13).

There is also burrata served atop fig mostarda with black sea salt, basil microgreens and a drizzle of extra virgin olive oil and 25-year balsamic vinegar ($12). 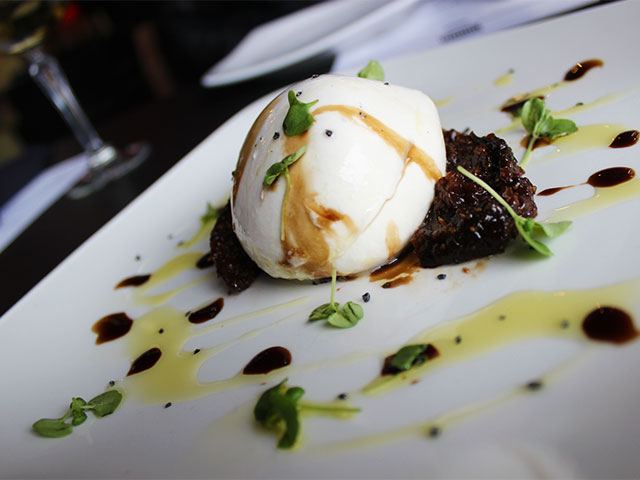 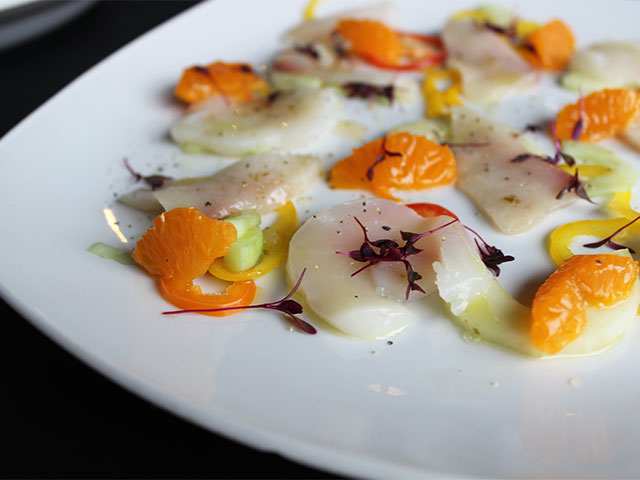 Among shareable items are cheese and charcuterie boards, which feature a selection of artisan cheeses and salumi with accompaniments like preserves, honeycomb, crostini, grissini and pickled vegetables ($14-26).

There are also generously sized thin-crust flatbreads, including one topped with two-year prosciutto, fig mostarda, shards of asparagus along with taleggio and ricotta cheeses and balsamic vinegar for $15. 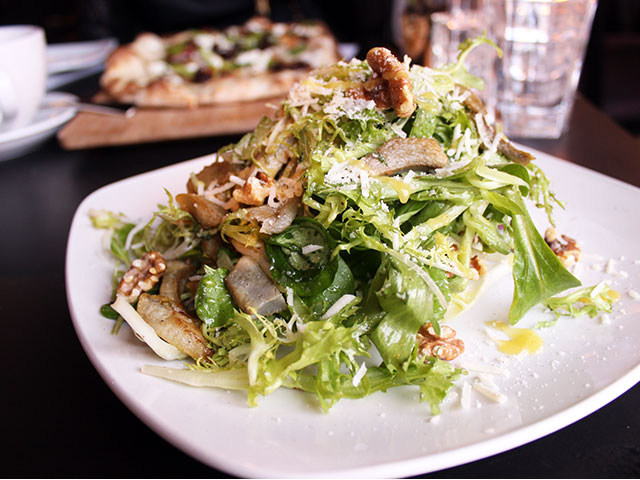 Among housemade pasta dishes, diners will find a variety of options available in both whole and half portions. Indecisive diners also have the option of ordering a pasta "flight" with three (or more) smaller portions.

The "Classico" features linguine tossed with pomodoro sauce, pecorino and basil along with one of the restaurant’s signature meatballs made from beef, pork and veal ($7/16). 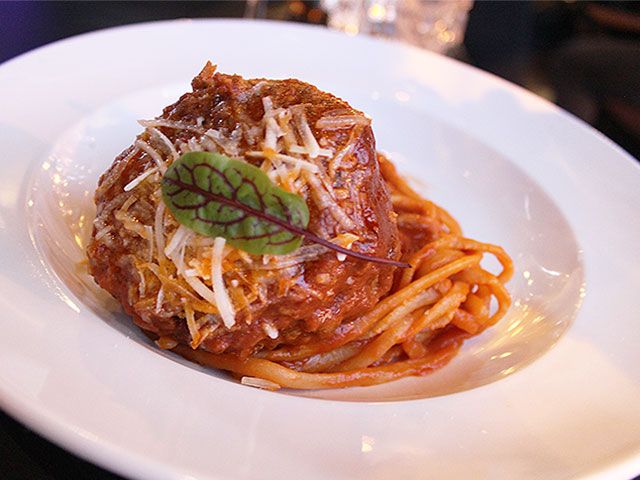 Campanelle is served up with zucchini, heirloom tomatoes, romanesco, burrata and lemon basil tossed with ramp and pistachio pesto ($8/17). 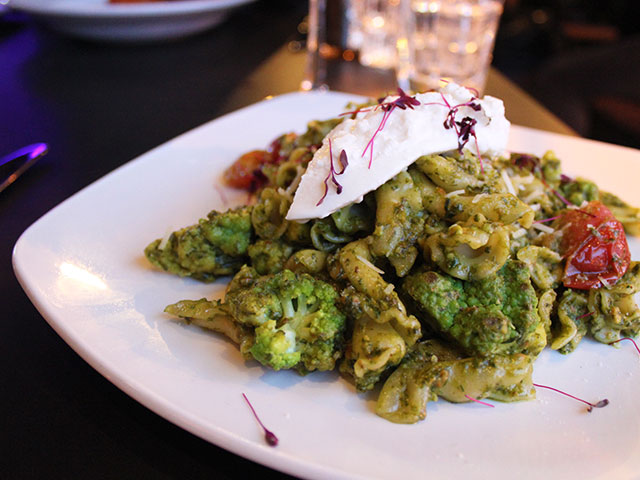 Meanwhile, al dente bucatini is tossed with pomodoro sauce, guanciale and parmesan and garnished with basil ($6/13). 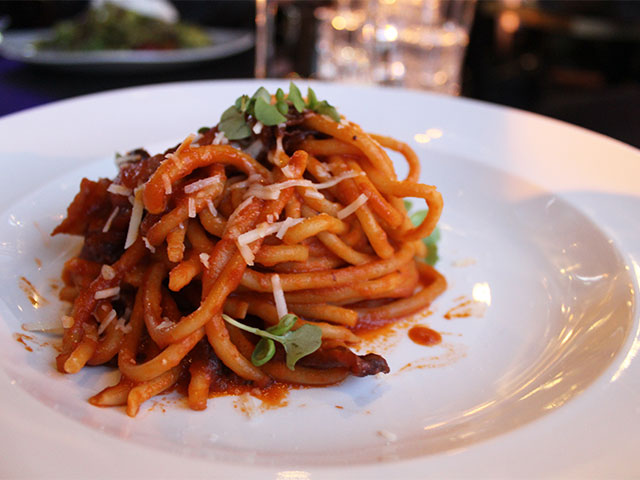 Dorsia’s hours are Tuesday through Sunday from 4 p.m. to close. Beginning May 6, the restaurant will also offer brunch service on Saturday from 10 a.m. to 4 p.m. and all day on Sunday.