Dorsia prepares for May 2 opening

Dorsia is on track for a May 2 opening, according to co-owner Jeno Cataldo. Cataldo and his brother Lorenzo purchased the property last fall, and have been hard at work updating the space and giving it a personality all its own.

Dorsia, the Italian restaurant slated to open at 1307 E. Brady St., is on track for a May 2 opening, according to co-owner Jeno Cataldo.

Cataldo and his brother Lorenzo purchased the former Mimma's property last fall, and have been hard at work updating the space and giving it a personality all its own.

And even now, Dorsia (a tongue-in-cheek reference to the fictional restaurant featured in the movie "American Psycho") bears little resemblance to its forerunner.

Cataldo has opened up the interior, replacing the small bar once on the east side of the restaurant with a long convivial bar running across the southern wall.

Walls will be spruced up with ornate grey and black patterned wallpaper (below), while both high and low-top tables will feature black chairs with purple tapestry seats. 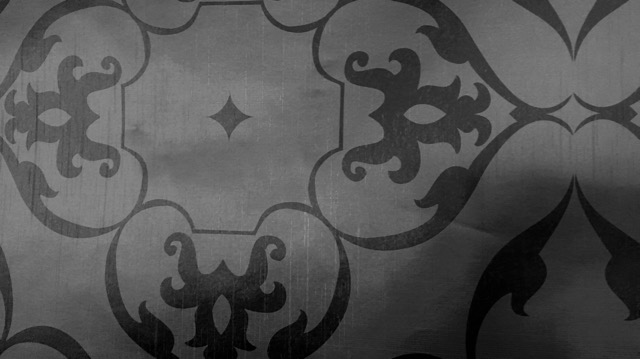 Meanwhile, exterior awnings and window dressings have been removed, giving the space a bright atmosphere with plenty of natural light. Cataldo says the mannequins currently in the window of the restaurant will also play a role in the decor.

"It’s really difficult to follow up a legendary restaurant like Mimma’s," says Cataldo. "But, we’re excited to bring give the space new life. When I think about the transition, I think about Aaron Rodgers and Brett Favre. We’re a bit like Rodgers … we’re going to be good, but we’re also a really different player."

Cataldo has hired a management team that includes Jessica Peterman, formerly of Rare Steakhouse, as general manager. Meanwhile, Kyle Simpson, whose work includes Rumpus Room and Pizza Man, will serve as bar manager. In the kitchen, Scott Klenke, formerly of The Chef's Table, will serve as executive chef.

"The service industry is a really difficult profession," notes Cataldo. "There’s so much that goes into it. One of the things we really want to emphasize here at Dorsia is the service. And I’ve pulled together a team that I’m confident can perform at the highest level. What we’re doing isn’t cutting edge, but it’s about good food, good people and great service in a great atmosphere."

The menu, which was designed in collaboration with Chef David Magnasco of The Chef’s Table in Walker’s Point, will feature a variety of housemade pastas, along with options like seafood, braised short ribs and a variety of Italian staples. Items will be priced with an eye for affordability, with nothing over $20.

According to Peterson, Dorsia will feature a wine list of about 60 curated selections, all of which will be available by the glass, thanks to a Coravin wine program, which preserves the freshness of wine by allowing the restaurant to pour glasses of wine without uncorking the bottle.

The bar will also feature tap beer and a cocktail program, which Simpson says will feature a special house negroni which has been aged in terra cotta pots.

Beginning the first weekend in May, brunch will also be offered on Saturdays from 10 a.m. to 4 p.m. and all day on Sundays. Peterson says some key features during Dorsia’s brunch will include punch bowls fit for serving 3-4 guests, as well as "buckets of bubbly" featuring splits of sparkling wine along with carafes of fresh juice.

Once open, Dorsia will open for dinner Tuesday through Sunday at 4 p.m. Brunch service will begin at 10 a.m. on Saturday and Sunday.