Double B's takes its barbecue on the road

If you haven't made it out to West Allis to try the wares at Double B's BBQ, 7420 W. Greenfield Ave., the restaurant is making it easy for barbecue loving customers to sample its wares with the launch of a new food truck.

If you haven’t made it out to West Allis to try the wares at Double B’s BBQ, 7420 W. Greenfield Ave., the restaurant is making it easy for barbecue loving customers to sample its wares with the launch of a new food truck.

The Timber's Authentic Milwaukee Style BBQ Food Truck launched its presence at the Milwaukee Rally and Big Gig BBQ this past weekend, and made its debut at Schlitz Park this past week. And it’ll be making the rounds at various events for the next couple of months, as long as there’s a line of people waiting to taste what’s cooking: and that includes a number of great offerings made with meats that are smoked to perfection.

Other options include the "Redneck Sundae" with tater tots, pulled pork, shredded cheese, sour cream and barbecue sauce ($7), Bacon Balls featuring meatballs made with bacon that are smoked, wrapped in bacon and deep fried (6 for $8) and its popular dry rubbed smoked wings (6 for $6), 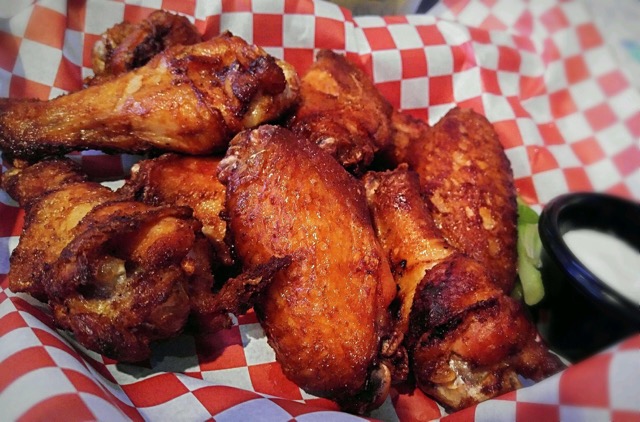 Double B is also working on a new offering: a "Q-bano" sandwich with smoked pork, smoked pulled ham, Swiss cheese, pickles and mustard ($8).

"In the end, our restaurant is small," says Judy Timber, who owns the restaurant with her husband Mark. "But we have a customer base that travels to our restaurant from all over the city. In fact, we have customers who drive up from Southern Chicago just to eat our barbecue. So, it seemed logical to find a way to take our food to where our customers are."

The fact is, Double B’s has been quick in making a name for itself. The Timbers took over Double B’s, a preexisting bar and restaurant, in 2015, refocusing the menu to focus on Memphis-style hickory smoked barbecue.

It was challenging at first, Mark notes, since Double B’s customers were used to very different fare. But, it didn’t take long before a new consumer base began to grow.

It was a tribute to the Timbers’ dedication to creating barbecue that’s made with care.

Mark grew up in the service industry. His father co-owned a pizza restaurant on Howell and Howard, later moving on to run the Telstar drive-in which was located at 5067 S. Howell Ave. (now Jalapeno Loco). In the 1980s, Mark and Judy opened a custard stand in Oak Creek, which they sold to the owners of Georgie Porgie's in 1987. From there, Mark moved on to assist Potawatomi in designing the first kitchen and menu for the casino in the 1990s before spending 12 years with Butch’s Steakhouse. 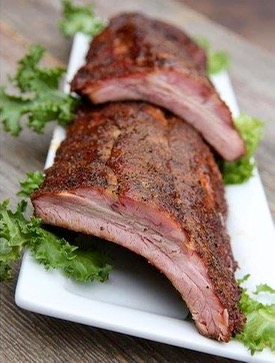 Smoking meats began as a casual hobby, something Mark pursued at home in his spare time. But, when he saw an advertisement on Craig’s list for the opportunity to take over the kitchen at Double B’s, he decided to make it a full time venture.

"We smoke our meats in a pit smoker with hickory wood," he notes. "People think all you need is smoke; but, it’s the gases that develop during the process that really change the meat. The art in the process is keeping a balance between the fire box and the smoking chamber. You can’t overheat the box. And you can’t rush it. That’s where the low and slow comes in."

He’s a believer that simple is best when it comes to barbeque. And that means starting with great meat and a basic dry rub. "We let the hickory and the meat speak for itself," he says.

You can find the Timber's Authentic Milwaukee Style BBQ Truck at Schlitz Park on Tuesdays and at the U.S. Bank Building on Wednesdays and Thursdays. It’ll also make appearances at Central Standard Distillery on Saturday, Sept. 10 from 3 to 7 p.m. and Sept. 17 from noon to 7 p.m.

Other upcoming events where barbecue fans can get their fill include Camp Bar Third Ward's Outdoor Street Festival on Sunday, Sept. 11 from 10 a.m. to 7 p.m.; the Newaukee Night Market on Sept. 14; the West Allis Farmer’s Market Harvest Days on Sept. 24 and The Rockin’ Food Truck Rally at The Rock in Oak Creek on Sept. 28.