Reports of the opening of the Downer Theatre on Friday, Dec. 3, 1915, were modestly glowing, calling the venue an "elegantly appointed and comfortably arranged entertainment place." A century later, that's still a pretty apt description of the Downer.

The news reports of the opening of the Downer Theatre, 2589 N. Downer Ave., on Friday, Dec. 3, 1915, were modestly glowing, calling the venue an "elegantly appointed and comfortably arranged entertainment place."

A century later, that’s still a pretty apt description of the Downer – owned by L.A.-based Landmark Theatres, the nation’s largest chain dedicated to indie and foreign flicks – which still has gilded highlights inside and appealing deco details in the lobby and outside. 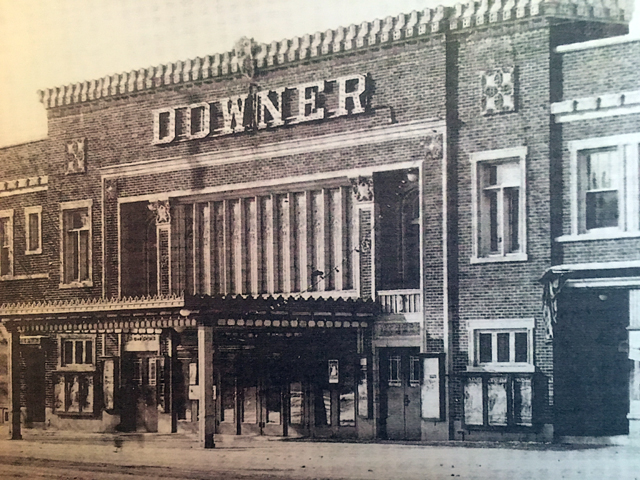 But while some things remain the same, others have changed. The single-screen, 1,000-seat Downer became the 440-seat, two screen Downer in May 1990, the year after Landmark purchased the theater. And, of course, the technology in the project booth is thoroughly modern – no more celluloid here.

Despite the fact that the theater appears, anecdotally, to do a bang-up business, there lately appears to be a persistent rumor that it’s closing. But rumors of the Downer’s demise are much exaggerated, according to assistant manager Liz Ahlstrom. 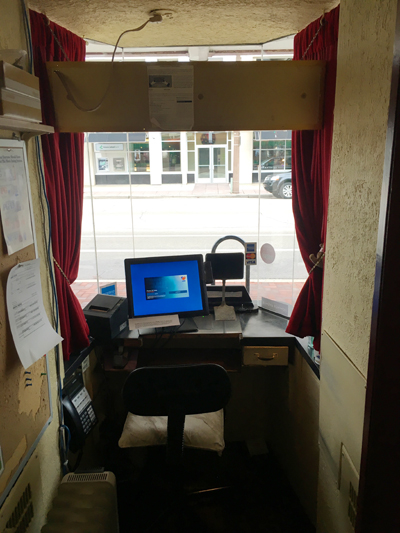 "It’s confusing because the building just got bought and sold, and it’s been listed in the past and that confuses people who think that the theater itself is closing," she says. "It’s the building, not the theater. The theater is perfectly fine. We have a really long lease, I think, so we’re never really concerned with it closing down."

The Downer celebrates its 100th anniversary a week late, on Thursday, Dec. 10, hoping to avoid competing with a Thursday night Packers game on the actual date.

While Marguerite Clark graced the Downer screen in "Seven Sisters" on its opening night, for its centennial, the theater will show the restored 1921 classic, "The Cabinet of Dr. Caligari," at 7 p.m. Pre-film festivities – including a raffle, a cake and more – begin at 6:15.

The Downer was built by real estate broker Oscar Brachman, who was connected to the Saxe Brothers, according to Larry Widen and Judi Anderson’s "Silver Screens." Brachman contracted with Martin Tullgren & Sons (Herbert and Minard) to design the building – which included, according to a news report, "eight, beautiful, modern apartments" – and hired a former Paramount theater manager, Nathan J. Blumberg, to run the place.

By the time it had opened, a Milwaukee-made, and "celebrated," Weickhardt organ had been installed – as well as a Sohmer piano acquired from J.B. Bradford Piano Co. located Downtown on Broadway – and Elwyn Owen tapped to play it and to lead the theater’s orchestra. 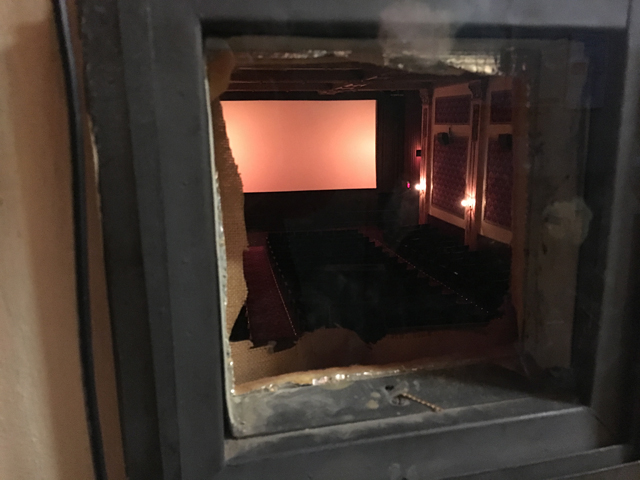 The stage was reported to be "extra large," and the seats "of the latest pattern and plenty of room is allowed."

Ads for the Downer promised that the "best feature photo plays" would change daily and include "interesting and instructive travelogues," "amusing, clean comedies," "Downer topics of the day, illustrating current events" and "instrumental music, including organ."

The latter arrived, thanks to Owen, who coordinated pieces like Scharwenka’s "Polish Dance," and a violin solo from the Jules Massenet opera "Thais."

On opening day, at least, the promise of clean content was also on display on the big screen, according to a newspaper article recounting the opening, which called "Seven Sisters," "a pleasing story in which a convent girl’s prank of stealing out at night to attend a ball does not bring upon her the shame of the ‘old story,’ but which shows that girls can use sense and sometimes display better judgment than most playwriters are disposed to credit them with. It is believed the general tone of morality would be raised if screen adaptations took a natural course rather than making everything a sex problem." 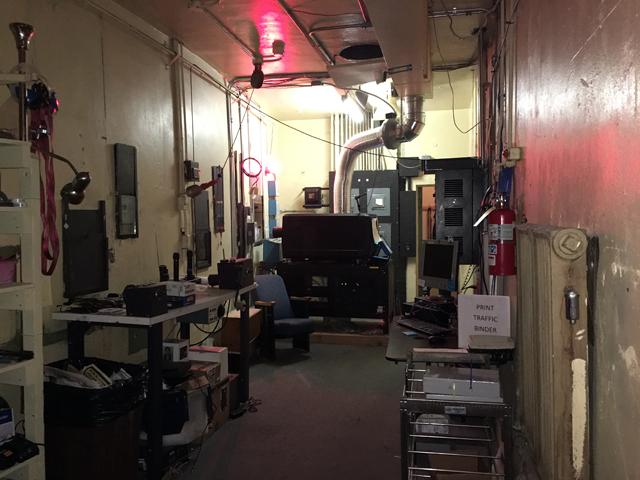 Years later, Blumberg, by then the head of Universal Studios, recalled the Downer days in a Green Sheet article.

"Nate loses part of his smile when he recalls how he took over the Downer theater here as a young fellow, and promptly lost his every dime," the article says, adding that after Blumberg lost all his savings (it never really explains how), he returned to his native Racine and began working at theaters there, rising through the ranks to end up a Hollywood movie magnate.

Stan Meyer, a former assistant manager at the Downer (hear that, Liz?), worked his way up in the business, too, and ended up a multi-millionaire in the early 1950s thanks to his role as producer and "co-owner" of "Dragnet."

By late 1918, local theater operator Jack Silliman – who at the height of his career ran 13 theaters – bought the Downer lease from Brachman, adding it to a portfolio that over time included the Avalon and the Lake in Bay View, the Miramar, the Astor (now home to Glorioso’s) and the now-demolished Jackson. Later, Silliman built theaters, starting with the gorgeous Venetian on Center Street – which stood until a few years ago, albeit in terrible condition – and the Avalon. 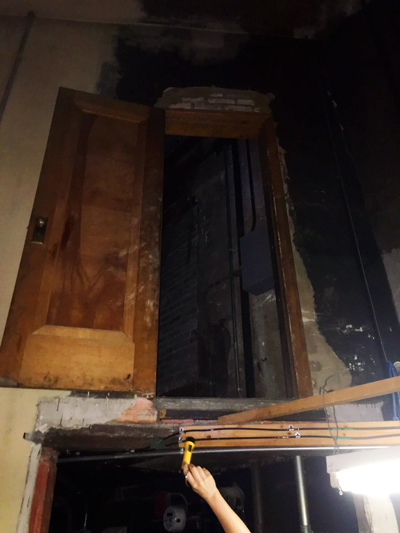 Among the Downer’s contributions to the local theater scene is one credited to long-time manager Estelle Steinbach, who got her start in the cinema business in 1920 while a student at Marquette. During her 20 years at the Downer, according to a 1968 newspaper profile, Steinbach "pioneered the ‘art house’ concept in Wisconsin. The inventive Miss Steinbach – with the assistance of her teacher friends – taught herself and her staff to say ‘greetings’ and ‘good night’ in the language of the picture being shown."

Steinbach must’ve boned up on her French in 1934, when the theater showed "Poil de carotte," which the Journal called, "one of the few French talking pictures to be played in Milwaukee."

Walking through the building today, one can still see the ornate aspect of the theater itself, now, of course, split down the middle into two side-by-side theaters. There are still fine details, especially in the lobbies – there’s a small outer lobby and an even smaller inner one – like the curved back of the box office and decorative trim. Even up in the office, behind the windows obscured by the deco marquee, the ceiling is decorated in plaster trim. 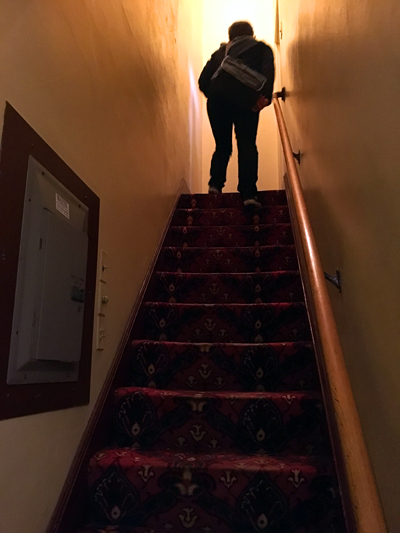 Outside, that eye-catching cornice competes with the glossy green sheen of the facade and the rays of light fanning out on the underside of the marquee.

There aren’t too many secret places to be found – though I suspect there might be a few we didn’t get to see – here. You can access half the old stage behind the screen in one of the theaters, but the space which surely exists behind the other appears to have no access point.

There’s a doorway above the stage, too, in back, but no ladder or stairs to reach it. Initially, we thought this could be a pipe loft for the organ, but re-thinking the location, it would’ve been right about center-stage, which seems odd.

Another door off to the side leads to the old orchestra pit, which is now a storage space.

The compactness of the Downer contrasts heavily with its gargantuan Landmark sibling nearby, The Oriental. It’s a testament to the difference between a movie palace like the Oriental and a more modest "naborhood" theater like the Downer – which, did I tell you, is the oldest operating cinema in town. 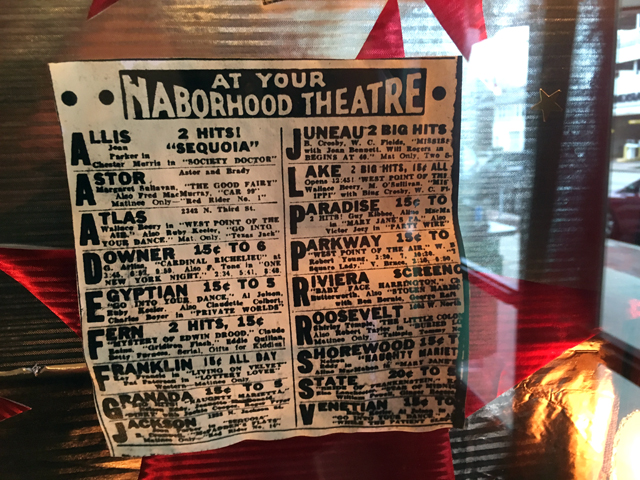