While the site of the new Downtown Transit Center - at Michigan Street and Lincoln Memorial Drive - had previously been a surface parking lot, some skeptical Milwaukeeans thought a bus depot was ill-suited to Milwaukee's lakefront. Now, it's about to disappear.

Even as an avalanche of balloons rained down on the heads of the well-wishers in late 1992, many of whom reached out with both hands to try and nab one, there was some doubt in the air.

While the roughly two-acre site of the new Downtown Transit Center – 909 E. Michigan St., at Lincoln Memorial Drive – had previously been little more than a surface parking lot, some skeptical Milwaukeeans thought the concrete bus depot was ill-suited to Milwaukee’s lakefront (ironic, perhaps, considering a giant parking structure was being built there, though that, too, drew some opposition). 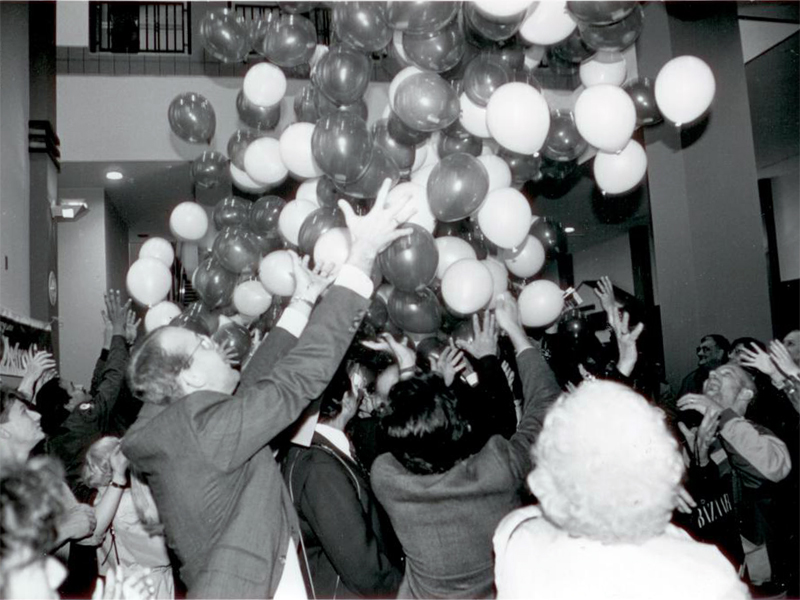 A year earlier, a Milwaukee County Transit System announced the federally funded project’s groundbreaking by referencing an earlier structure nearby.

"Located on the site of the old Chicago and Northwestern Depot, the design of the transit center features a central clock tower reminiscent of the old railroad station," the document noted.

But while that stately old Romanesque station remains a treasured Milwaukee memory, the doomed Downtown Transit Center – which is expected to be demolished beginning this summer to make way for the new $122 million Couture development – has never captured the imagination of Milwaukeeans.

As early as 1988, four years before the depot's completion, the Milwaukee Sentinel called a plan to build a pair of transit centers – one Downtown and another on Mill Road – to improve connections on the city’s far Northwest Side, "a great idea," but added, "there has to be a better place for a Downtown bus station than the lakefront."

The paper preferred other options, such as locating it near the Amtrak station on 5th and St. Paul, or near Schlitz Park. But, in fact, the lakefront location was part of what made the project possible.

The federal government ponied up the bulk of the funding for the $33 million project, allowing the county’s 20% contribution to come in the form of the valuable lakefront land it offered for the Downtown center.

But, the site was selected for more than just the value of the land says Brian Dranzik, Milwaukee County’s director of transportation.

"It would’ve been a little difficult at the Amtrak station because the routes were pretty much always going to start here," he says, as we stand in the deserted passenger waiting room at the Downtown Transit Center. "If they would have put it there the routes just would have dead-headed or run from there to here to get into service." 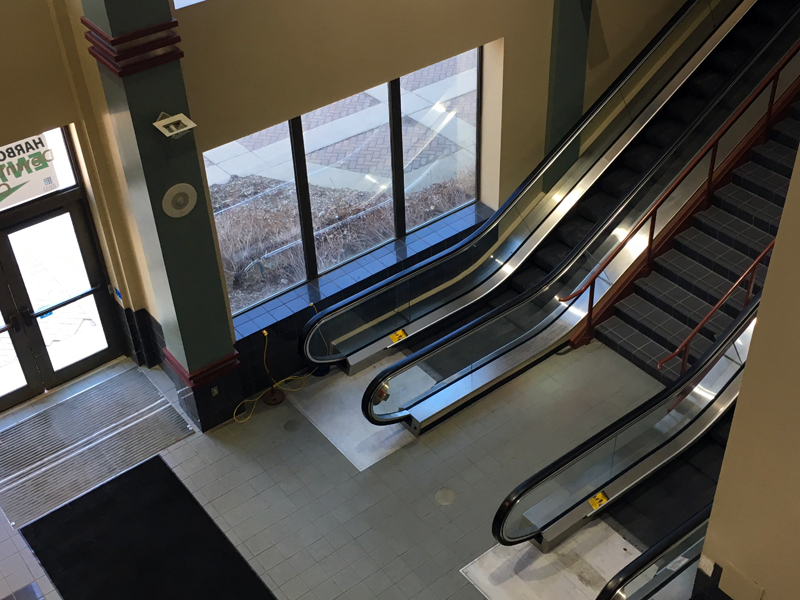 And so, the Downtown Transit Center was built where it currently stands and where it has drawn moans and criticism from passersby ever since. The Mill Road center was also built as part of the plan, but was shuttered and sold by MCTS in 2010.

The Michigan Street center, Dranzik said, had two goals. First, it was meant to be an off-street place for buses to layover, helping to ease congestion by removing the buses that were, back then, laying over on nearby streets.

Second, it was expected to be a place where riders could hop on and off buses – especially during pre- and post-work rush hours – and wait for buses, too. 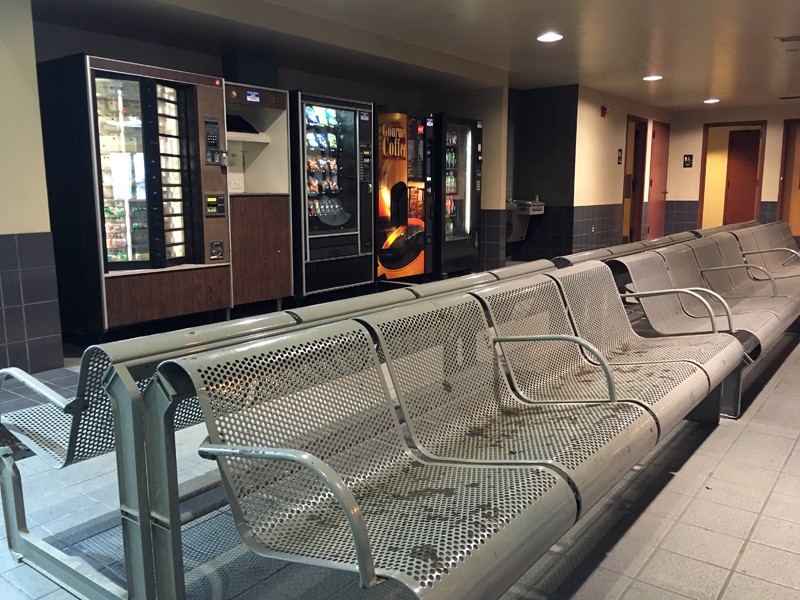 While some may view the center as a failure – because it never took off as a passenger depot – Dranzik believes that it has, in fact, had mixed results.

"It served a good purpose for laying buses over and taking them off the street and putting them in one spot," he says, noting that at the moment only seven routes utilize the Downtown Transit Center. 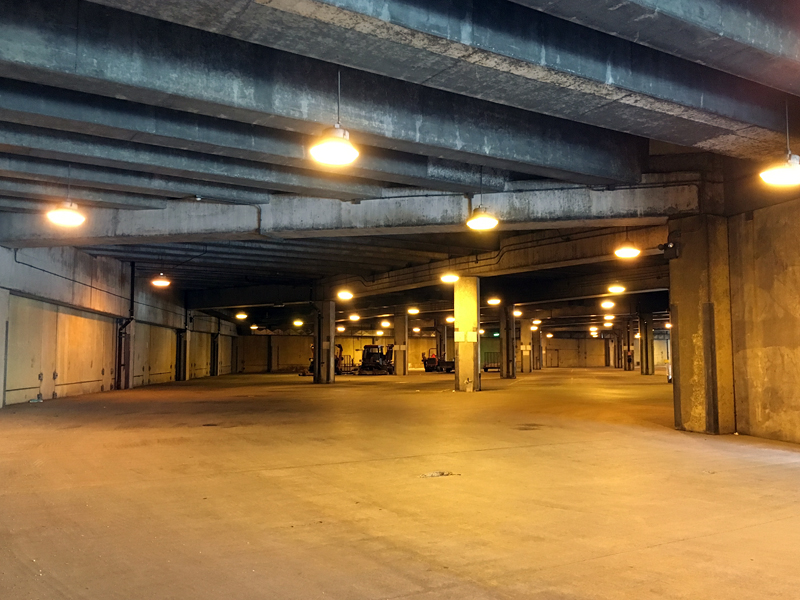 "This has changed a lot. There are 22 bays out there for buses. There were more routes than there are today (using the station; many were phased out in route consolidation plans over the years). It served the purpose of getting the vehicles off the street."

It is as a passenger station that the depot hasn’t performed as expected, according to Dranzik.

"It never really became a real point of origin for people’s trips. As the vehicles come out they get closer to the buildings like the U.S. Bank building," he says. "That’s where people are going out the door and right to the bus. This is a little far removed for that purpose. On occasion if it got cold you’d see more people. But it never really got off the ground as anticipated." 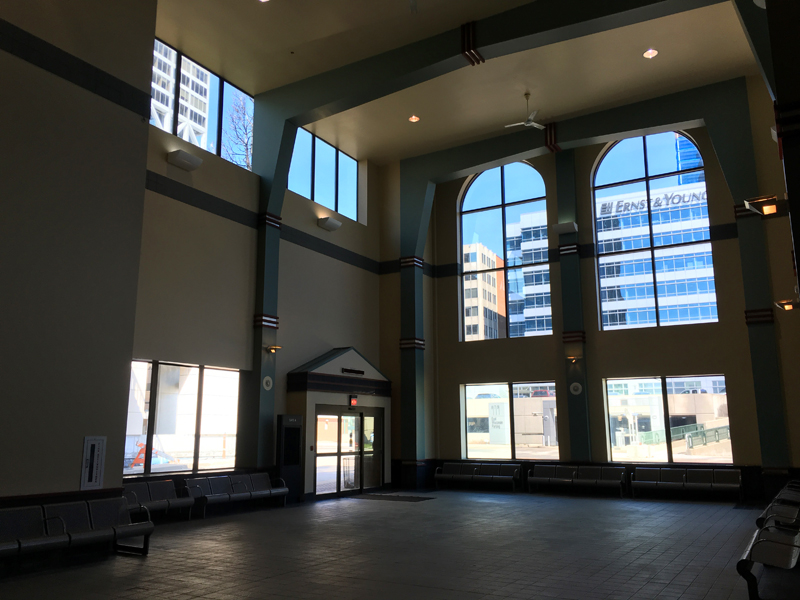 During a recent mid-morning, weekday visit, the bays – in a dim garage with an eerie yellowish glow – were mostly empty, but a handful of buses did pull in and their drivers availed themselves of the facilities and the well-stocked vending machines during their layovers, which generally last between a couple minutes and 10 minutes at most, depending on printed timetables and the real-world factors that affect them.

But not a single person stepped into the passenger facilities while we were there, and we couldn’t help noting that some of the rows of metal seats, which are more comfortable than they might appear, had begun to rust.

The escalators were still – useful only as non-moving staircases – and the elevator switched off. 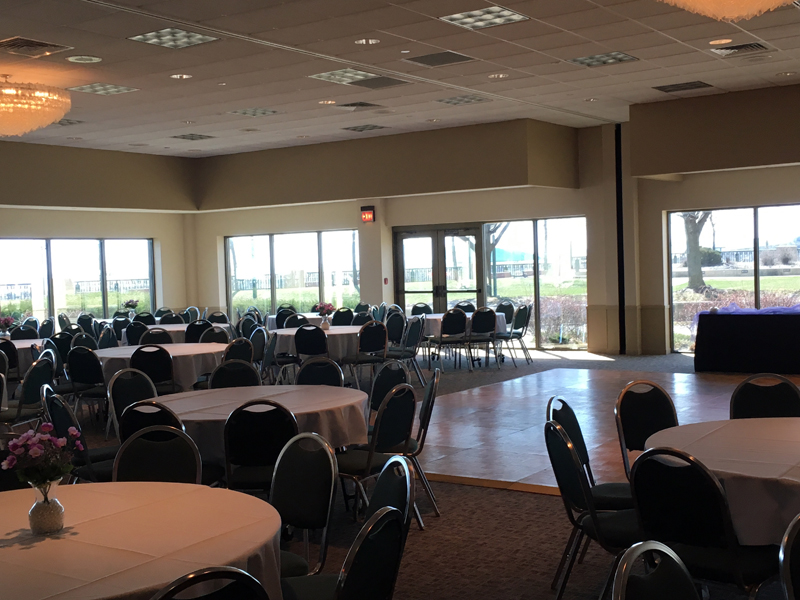 Upstairs, there are meeting rooms, which are rented out regularly by Zilli Hospitality Group for weddings, events and meetings – the largest served as Milwaukee Art Museum office space during the museum's recent expansion – as well as a couple display cases full of interesting Milwaukee County Historical Society memorabilia tracing the city’s rapid transit history.

Outside, there’s a park-like terrace that was empty on a warm and sunny spring late morning. But the terrace offers great views of the construction work below at the foot of the Hoan Bridge, the lakefront and of the new skyline rising nearby. 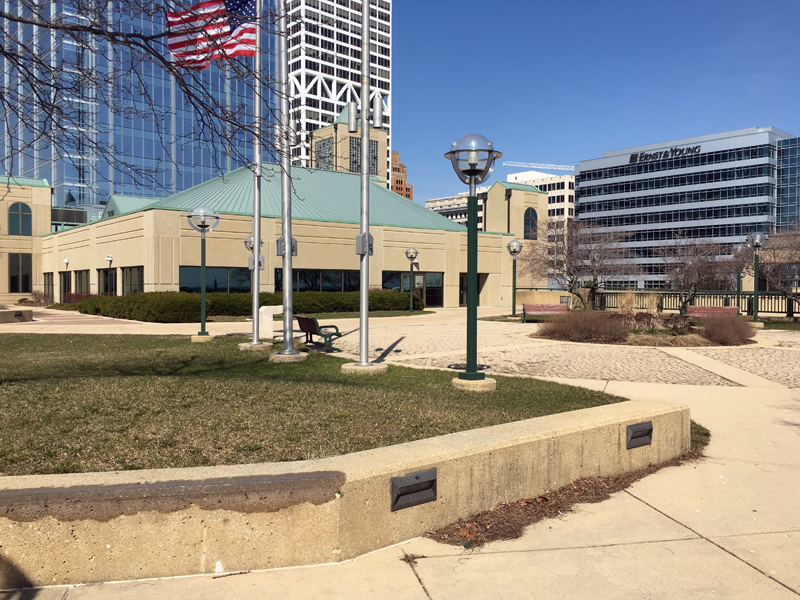 It is that development occurring near the center – 833 East Michigan and an adjacent new Westin Hotel; the new Northwestern Mutual tower and one that recently broke ground across the street; the Milwaukee Art Museum purchase of O’Donnell Park and the museum's galleries expansion; a much-discussed lakefront redesign; talk of a new Johnson Controls building; etc. – that has finally led to its demise.

More than anything, it is the new Couture development that will erase the Downtown Transit Center. The stark white, 44-story residential tower that promises high-end retail and dining, along with about 300 luxury apartments, will get the bus turnaround site onto the tax rolls in a big way and make the kind of statement that’s now expected at the lakefront. 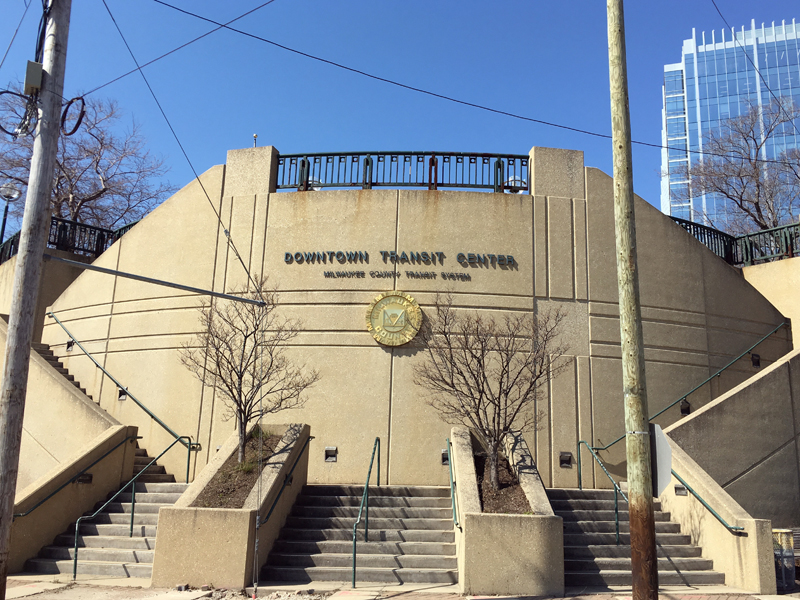 The Couture will also embrace transit, as a stop on the Milwaukee Streetcar line, with bus bays on the Clybourn Street side and a proposed station for a potential bus rapid transit line that is currently under discussion.

According to Dranzik, the center will come down this year.

"Somewhere in the August to September time frame," he says. "It’s just the final legal work that’s got to get hammered out." 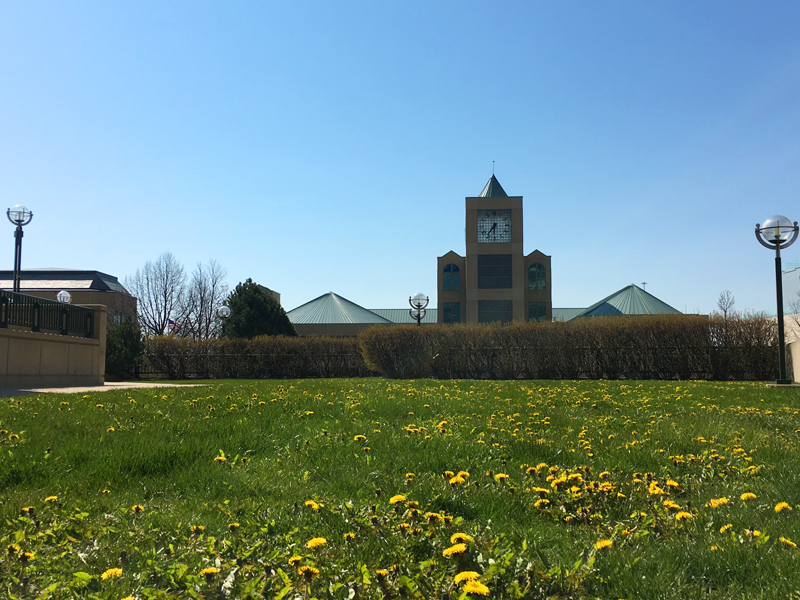 As for the buses that will be displaced from the center, Dranzik says, "The Couture site has those bays on what will be the backside of the building. A couple of the routes will go back to using on-street layovers. Some of the other routes may just get dispersed and layover in other locations. But likely in this general area. There’s just a lot going on here construction wise (right now), so it’s a matter of juggling that, too."

The area, he adds, "will become a little differently functioning transportation hub. But there will still be activity."