In mid-June we announced that a brand new Beer Patio was coming to the southern side of the Milwaukee Public Market, thanks to a collaboration between the Public Market and Shorewood's Draft & Vessel. You can enjoy it starting on Friday!

In mid-June we announced that a brand new Beer Patio was coming to the southern side of the Milwaukee Public Market, thanks to a collaboration between the Public Market and Shorewood’s Draft & Vessel.

For the past two weeks, Draft & Vessel owner Nathaniel Davauer and local artists Nicholas Hardrath and Brandon Minga have been hard at work preparing the new temporary patio space. And the market announced today that the new outdoor space will officially open to the public on Friday, June 28 at noon.

The patio will feature a 1941 beer-slinging Ford pick-up truck geared up with eight draft lines which will showcase a selection of brews from Milwaukee area self-distributed craft breweries. 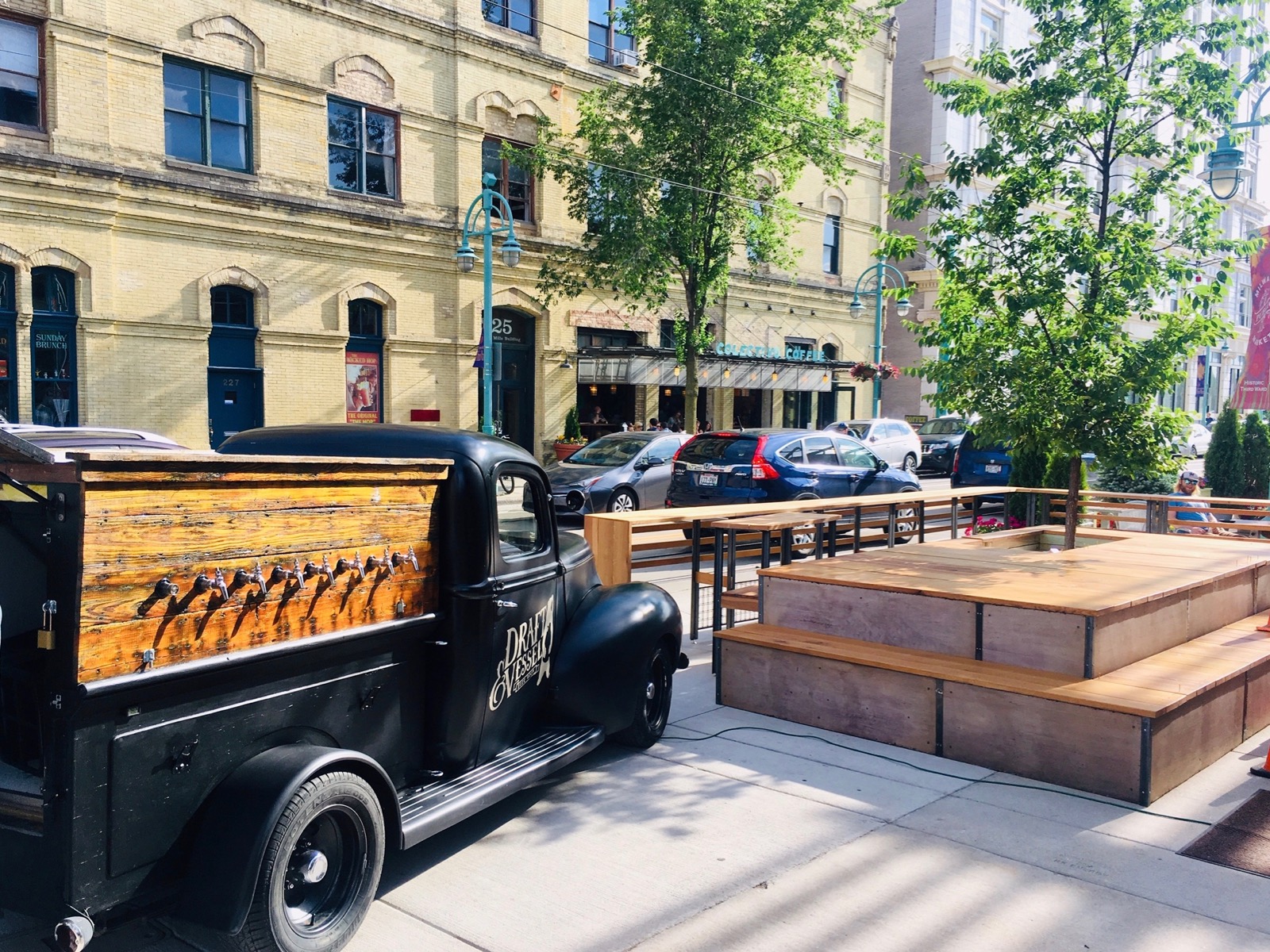 The custom designed gathering area was designed to complement the look and feel of the market, and it will be open for seating to customers of the public market throughout the week during regular market operating hours.