After 10 years, 11 seasons and more than 140 performers, some "RuPaul’s Drag Race" viewers are now reporting "drag fatigue" with the reality series that brought drag into mainstream culture in an unprecedented way. But here in Milwaukee, we just can’t seem to get enough!

For over a century, drag has been an unstoppable force in Milwaukee nightlife. On June 7, 1884, "The Only Leon" brought the fine art of female impersonation to Milwaukee’s Grand Opera Hall, launching a proud local legacy that continues today at D.I.X., LVL, This Is It, Cactus Club and innumerable other venues.

"We recognize that today’s pride movement was born from the resilience and resistance of yesterday’s gender non-conforming pioneers," said Michail Takach, project curator.

"This year, the Wisconsin LGBTQ History Project is especially committed to exploring, documenting and celebrating the hidden histories of our transgender, gender non-conforming and drag family members. Their stories are long overdue to be heard."

The Project will honor unsung heroes throughout Milwaukee history, including: 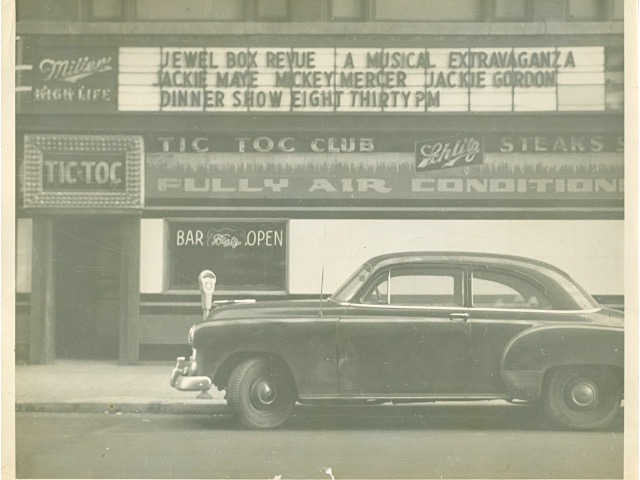 The event is free with a $1 donation to the PrideFest Plus One campaign, supporting the UWM LGBT Resource Center and the UWM Annual Drag Show. Hamburger Mary’s will offer a $10 beer bust, as well as a full-service bar and grill.  The first 30 guests will receive two free PrideFest Milwaukee tickets as well as one free drink ticket. Ample street and off-street parking is available.

About the Wisconsin LGBTQ History Project

Founded in 1995 as a PrideFest booth exhibit, the Wisconsin LGBTQ History Project has become the state’s largest digital collection of local LGBTQ history. Through digital and social outreach, the Project seeks to discover, explore, document and preserve hidden histories that might otherwise be silenced. Since 2018, the Project has been proudly presented as a community education program of Milwaukee Pride, Inc.

All photo and story submissions support the ongoing efforts of the Wisconsin LGBT History Project to document, preserve and celebrate our shared heritage. For more information, visit our website.