Despite some less-than-grand attempts by the FAA to educate the public, drones still remain an issue that most people do not understand, both in their functions and in the laws surrounding them. So let's dig into some of the basics.

Two and a half years ago, on Oct. 14, 2014, a drone sighting was reported over Camp Randall Stadium during a University of Wisconsin football game against Illinois. Almost no one noticed it, except for a photographer from the State Journal who used his telephoto lens to snap a photo of the drone.

The incident sparked a federal investigation, with the FAA looking for the pilot and drone responsible for the flight. In 2004, as a result of the incidents of Sept. 11, the FAA started placing much stricter regulations on flights around sporting events. This resulted in a three-mile radius around most stadiums, from one hour before an event starts to one hour after it concludes, that is off limits to any aircraft below 4,000 feet.

Based on this regulation, the drone flight at the Badgers game was illegal by federal law. While multiple people were interviewed in relation to the case, a suspect was not caught and the case essentially has been cold since then.

All of these events really identify a large issue that is affecting drones still today in 2017: a lack of education.

Every day, thousands of drones are flown around the country for recreational and business purposes, and it seems almost daily one makes it into the news for breaking the law by flying too close to an airport, supposedly being spotted by a pilot flying at 10,000 feet, or for an interesting video that is picked up by a news source. But often these news stories are either not true, poorly reported or are showing a video that was taken by a drone operator who was breaking the law in capturing the video.

Despite some less-than-grand attempts by the FAA to educate the public, drones still remain an issue that most people do not understand, both in their functions and in the laws surrounding them. So let’s dig into some of the basics surrounding drones – or UAS, as they are technically known.

Let’s start with the laws. The FAA solely controls the airspace in the U.S. and has control over the operation of drones while they are in the air. States and local governments are able to pass laws regarding where a drone can take off, land and be operated from – though more and more cities are illegally attempting to regulate where drones can fly in the air, which is wrong, according to the FAA.

Maybe you saw a drone at your local big box retailer and decided to buy one to have a little fun; what do you need to know to be "legal"?

The actual rules are pretty basic for hobbyists. Register your drone, notify airports and helipads with a phone call if you are flying within five miles, check for TFRs (Temporary Flight Restrictions) and follow the flying code of a nationwide CBO (community-based organization) like the Academy of Model Aeronautics. For more on the AMA safety code, visit this website.

But what if your neighbor sees you flying and says he’ll pay you to take photos of his business? Now you have stepped into the realm of commercial drones.

The FAA defines a commercial flight as one that furthers a business or is done for compensation. So, if your flight has the intent of being used for your business – even just for marketing – or for you to be compensated in some way, it qualifies as commercial. As of August 2016, all commercial drone flights fall under Part 107 of the Code of Federal Regulations. This is a very stringent set of rules from the FAA that requires passing a test, having a fair amount of aeronautical knowledge and applying for authorizations to fly near airports. For more on commercial drones flights, click the link here.

But what if you are just a member of the public and you see a drone flying near you – what is going on? Well, unless you happened have a stalker you’ve been hiding from lately, the drone is NOT spying on you. The cameras on your average consumer drones take great images, but unless they are close enough to you that you can feel that breeze of the blades, they can’t get enough detail to make out a clear image of you. In fact, someone on the ground with a telephoto lens – like the one used by the photographer at the Badger game mentioned earlier – is able to take a much better photo of you than a drone can. Even the commercial drones that do have zoom have to overcome motor vibration and movement, which makes it difficult to get a clear image while zoomed in.

So, if you see a drone flying around, watch and enjoy this great new technology. Once the operator lands the drone, chat with them and learn more about why they enjoy flying drones.

Jon Elliott is the owner of MKE Drones, LLC in Milwaukee. He has hundreds of hours of experience flying drones to get aerial photos and video for construction sites, documentaries and marketing. He also is an advocate for local and state regulations that promote drones, and proper representation of drones by the media. For more info, visit mkedrones.com. 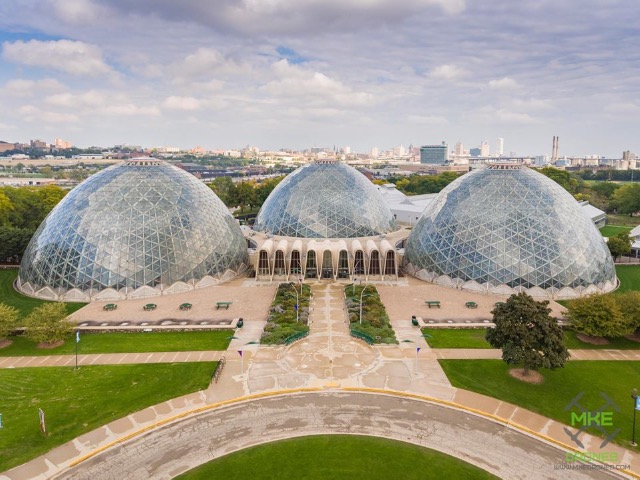