I was stuffing my face with this decadent pie minutes after the gates opened and within a few bites - despite my uber soberness - I promoted it to the short list of delectable drunk eats at the Big Gig.

After decades of attending the Big Gig, I’ve eaten a gluttonous number of Saz’s mozzarella sticks along with a crap-ton of other classic Summerfest food items. However, in the past few years, I’ve attempted to expand my festival food horizons.

Today I picked SoLo’s new, gluten-free, "bacon bottom" pizza. I was stuffing my face with this decadent pie minutes after the gates opened and within a few bites – despite my uber soberness – promoted it to the short list of delectable drunk eats at the Big Gig.

For $7.50, the bacon bottom pizza from SoLo – located just north of the Marcus Amphitheater – is available with sausage and pepperoni or barbecue pulled pork. I picked the pig slice, which also came dressed in Octoberfest barbecue sauce, gouda, mozzarella, red onion, cilantro and chicharron (pork rinds).

Most notable, of course, is the "crust" which looks like a woven mat made with 8 pieces of thick bacon. 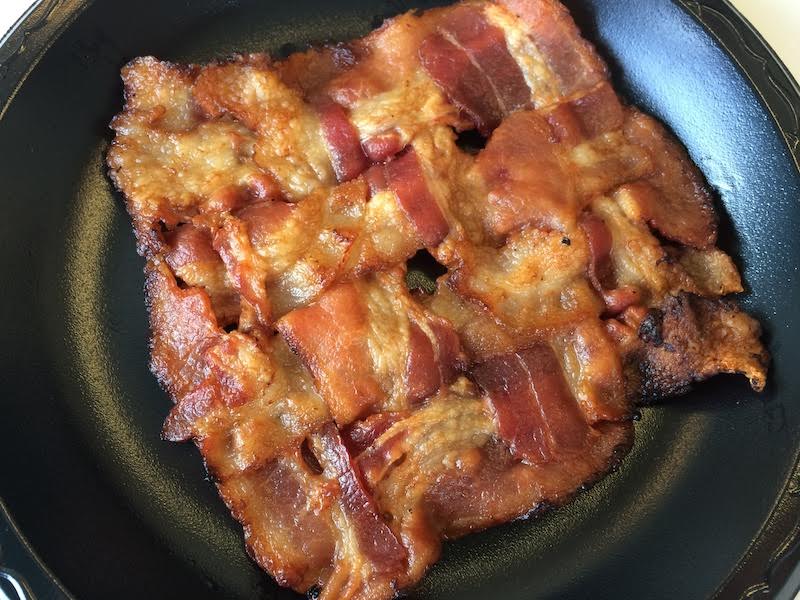 "No basket weaving lessons were necessary for the cooks," says manager Mike Drew. "The cooks were quick to catch on."

Overall, the bacon bottom pizza is messy, greasy, decadent and delicious – but only for those who really, really love bacon. I think it will pair well with questionable sobriety and loud, live music.

8 Summerfest acts that you didn't know that you know

Catching up with Midge Ure, who plays Summerfest on Friday