When the new owners showed me around the Koeffler/Baumgarten double house, 817-9 N. Marshall St., last autumn and told me the 1898 home would be ready to open as a hotel in advance of this summerï¿½TMs Democratic National Convention, I was a little skeptical. But they've done it, COVID and all.

When developer Juli Kaufmann, architect Patrick Jones and contractor Andy Braatz showed me around the 1898 Koeffler/Baumgarten double house, 817-9 N. Marshall St., last autumn and told me the former home would be ready to open as a hotel in advance of this summer’s Democratic National Convention, I’m sure I was at least a little skeptical.

The two side-by-side homes built into a single structure by a trio of siblings – and designed by no less than Ferry and Clas – were most recently used as office space and were in various states of disassembly inside. 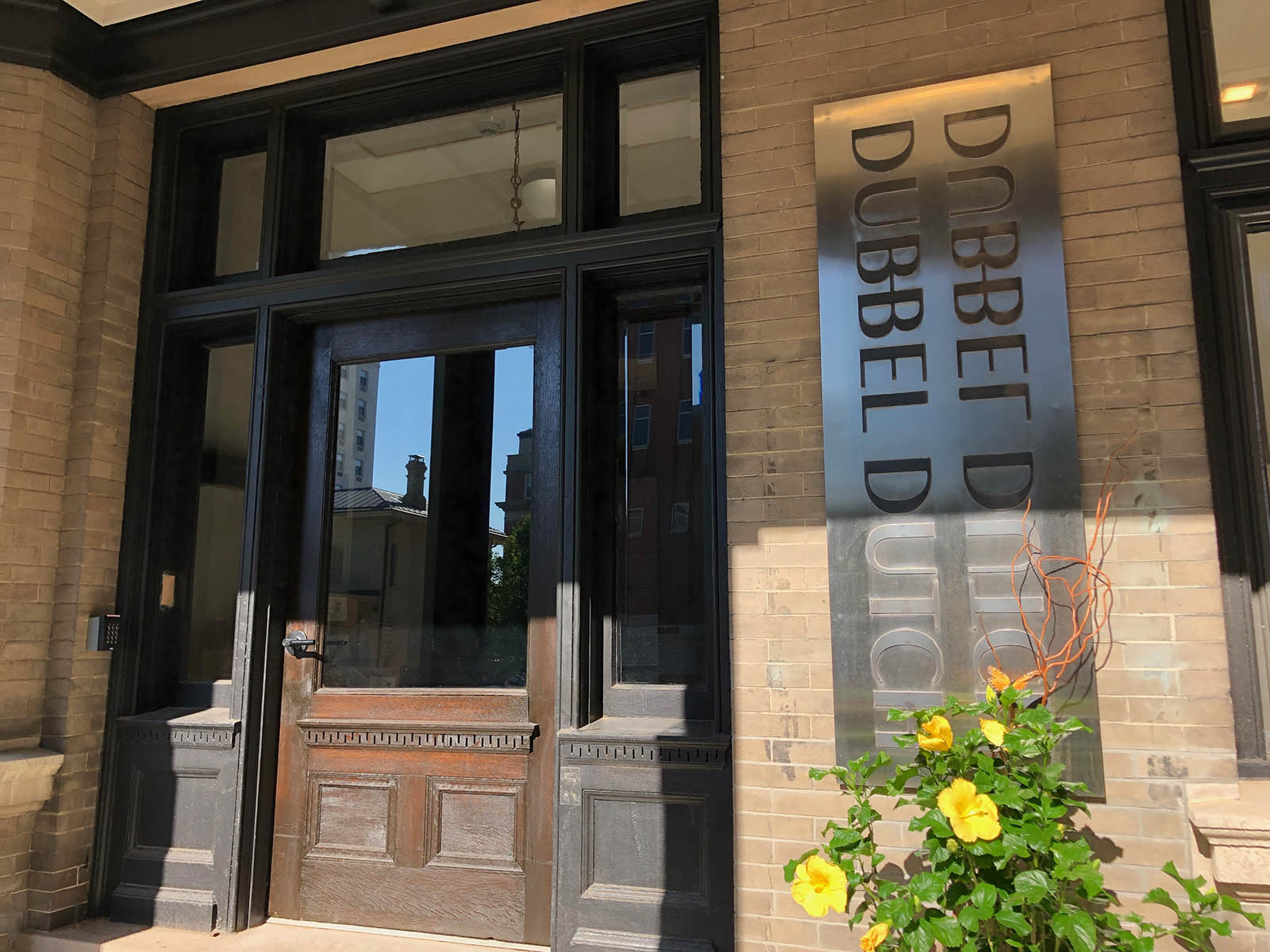 You can read a detailed history of the house – where philanthropist and media mogul Walter Annenberg lived briefly as a child – in this article. There are also plenty of "before" photos there.

But, honestly, if you’d have told me the hotel – called Dubbel Dutch – would open more or less on time but in the midst of a global pandemic shutdown, I’d have said you’re nuts.

But that’s exactly how it’s gone.

The three partners got their ducks in a row, worked hard and welcomed their first guests on Saturday. On Friday morning they got official word that the client that had booked all 17 rooms in the new Dubbel Dutch for the duration of the DNC was canceling it all.

"It's a sh*tshow, Bobby," says Kaufmann and she, Jones and I stand in one of the public spaces on the first floor of the hotel, which looks absolutely stunning.

"We had a full house (booked), (but) we have been anticipating (cancellation), but I have to say (the DNC) was certainly financially motivating, significantly important to us to showcase ourselves, also get some early cash flow. So it was devastating. No doubt about it."

If the pressure of the DNC hadn’t loomed, I ask, would the project have been completed so quickly? 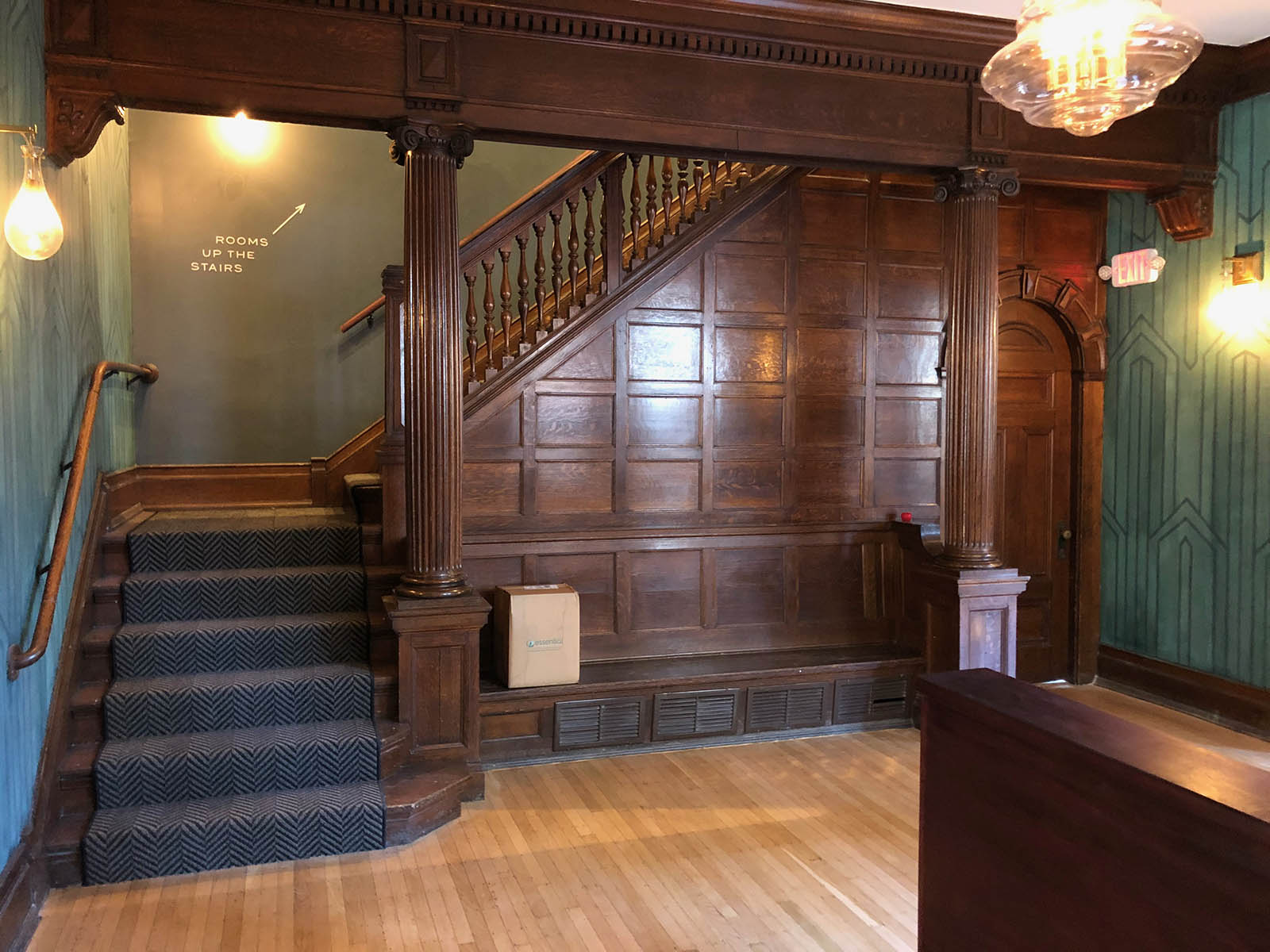 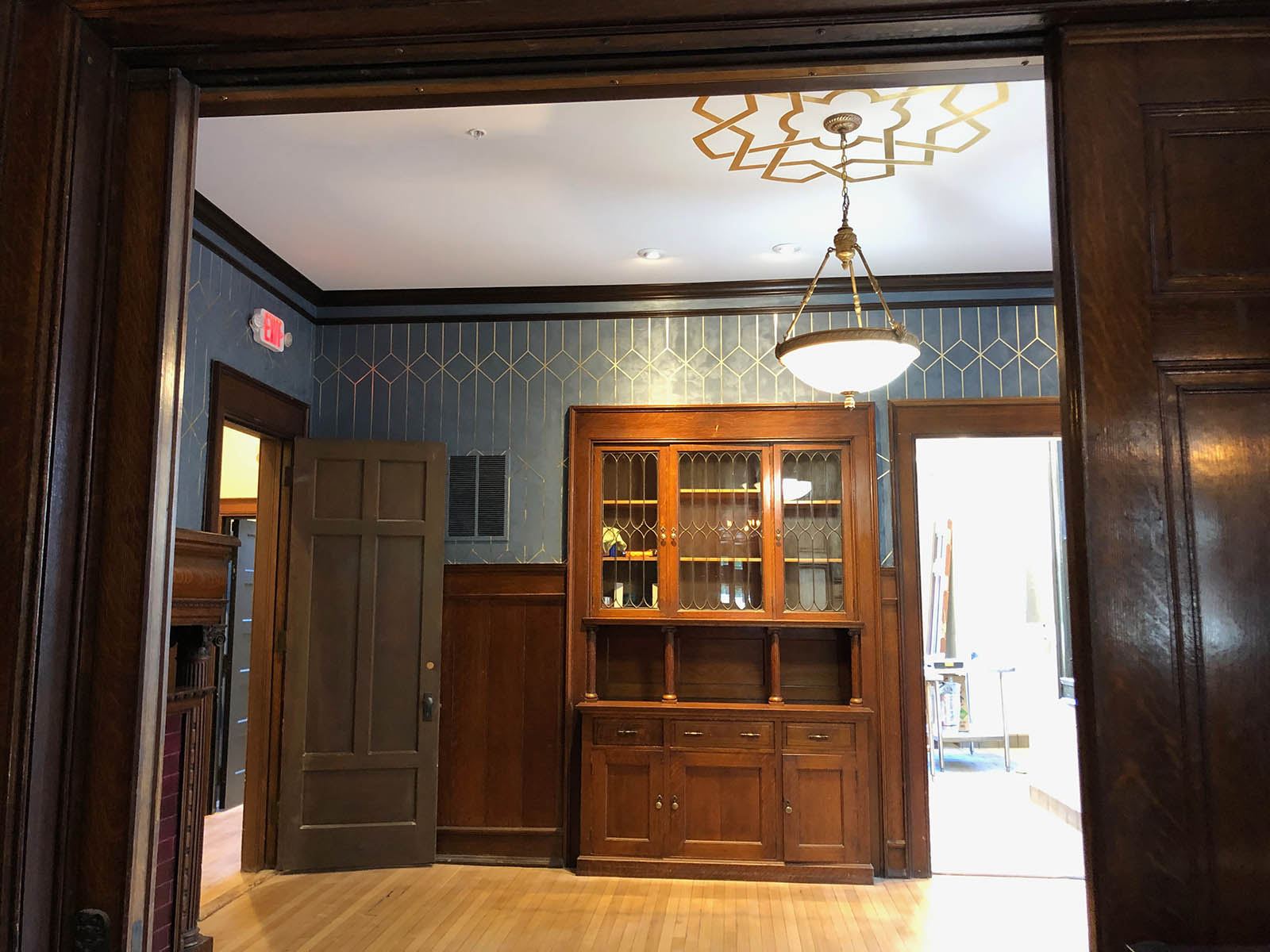 "As soon as we acquire it, the clock starts ticking," says Kaufmann, and Jones adds, "financing was a bear, and it was so far before any of this was even a dream that we were so far under way that there was no turning back."

Not only have the partners managed to intelligently convert the homes’ rooms into guest rooms, public and support spaces and the future home of Horned Hare restaurant/bar – which will be run by the Snack Boys folks – they’ve polished and preserved basically everything that survived.

The fireplaces are all still in place, as are the pocket doors, though some have been fixed in the closed position as part of making the guest rooms. One pocket door that was removed to create an entrance into an ADA accessible guest room was mounted for use as the door to that room. 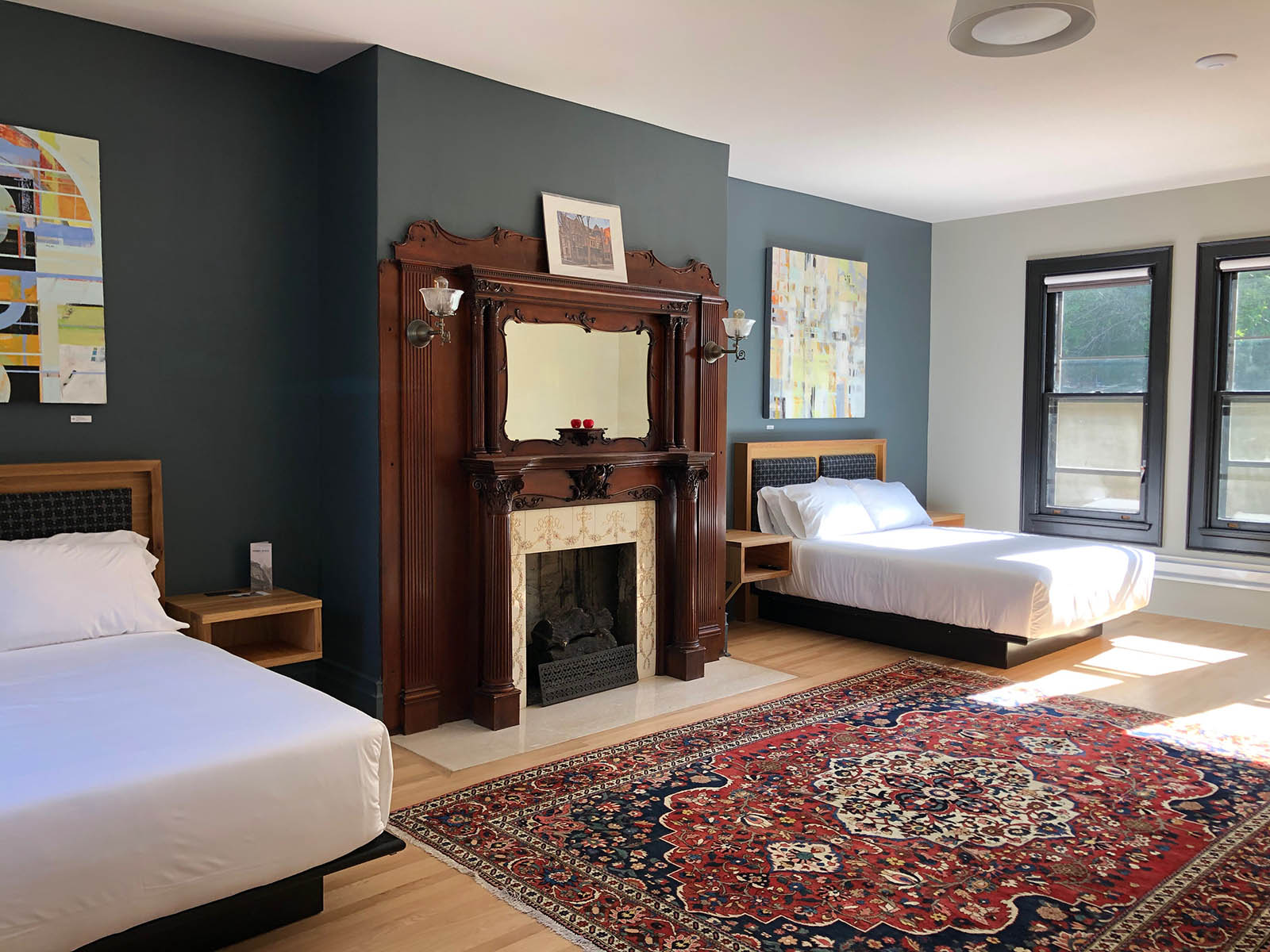 The gorgeous woodwork that was everywhere, in the form of moldings, paneling, hardwood floors, newel posts, staircase balustrades and the like are all still there.

The south-facing guest room windows offer great views of the Downtown skyline and glimpses of the lake. 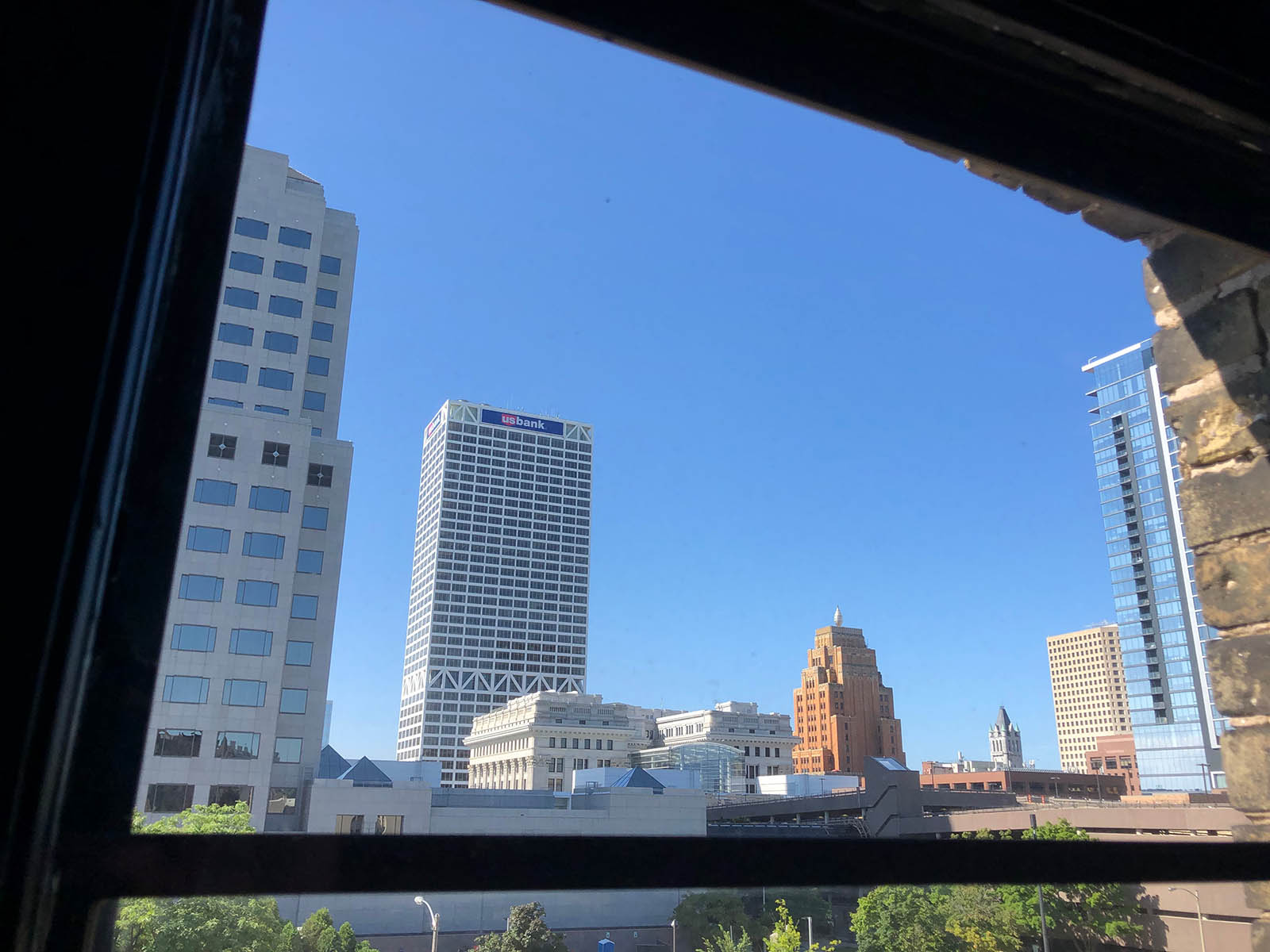 The bathrooms gleam with tile floors.

Some of the fabrics were custom made with motifs from hardware in the house. A local potter created custom mugs for some of the guest rooms.

Works by local artists – much of which depicts the city – hangs everywhere.

"That's a big part of our story," says Kaufmann, "is that we've actually been working with all kinds of local talent. You'll see it everywhere, from all the contractors really demonstrating their highest craft, to artists throughout."

Because of the nature of the building, each of the 17 rooms is unique. The former master bedroom is a giant double-bed room with sunlight streaming in through the Marshall Street windows.

A big suite boasts bunk beds and a small sitting room in the three little windows you can see on the third floor.

Another room has the staircase leading up to the attic and roof (though access is restricted, of course).

The best room, to my mind, is the paneled suite that will be named in honor of the Kingdom of Talossa. 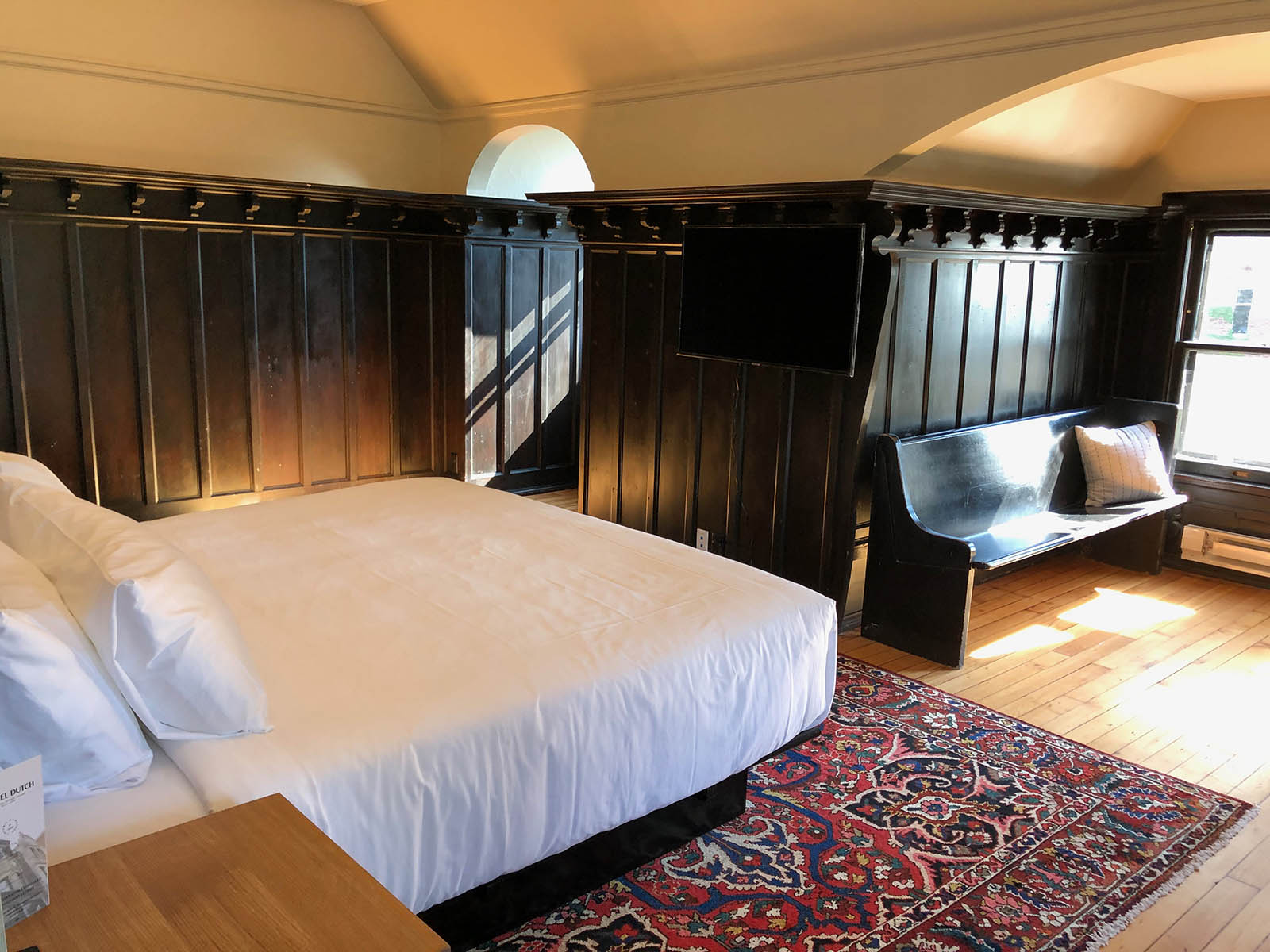 "We were thinking of different Milwaukee names we could give to the rooms, like the Violent Femmes room," laughs Kaufmann. "Maybe the (Talossans) will come stay here and have their convention."

This room appears to have originally been a ballroom and has stately wood paneled walls as well as a couple snug nooks that overlook Marshall Street. It’s the room that will serve as a bridal suite, as needed.

Interestingly, the check-in system – a code lets guests in the front door, where they can check in on a tablet to get their room code – was not a response to the pandemic, though it’s perfectly adapted to it.

"We had planned this all along," says Jones. "It turned out to be perfect."

"It’s kind of like an AirBnB approach," adds Kaufmann.

Despite the cancelations, the last of the finishing work is wrapping up, the restaurant will be preparing to open in a few weeks and, yes, guests are arriving. 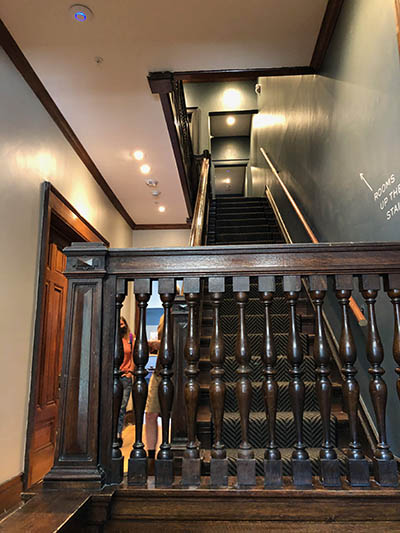 "Most of the rooms are completely done," says Kaufmann. "I would say that just in terms of the redevelopment, it's been what you'd expect. The City of Milwaukee and all the respective departments and inspectors have been phenomenal. They have been an incredible partner. Same thing with the contractors. They've really adapted to distancing and masking and just keeping things going. From a financial point of view, lenders have been as good of partners as they can be. They're all struggling, too. So I feel like they really want to try and support restructuring.

"So we've had very little sort of bumps with respect to Covid in that way. We just planned and executed well."

"There’s a lot of sweat equity, too," says Jones.