Despite a few half-finished walls and the shell, there was little to see but drawings and a few nascent details. A quick peek last month showed quite a bit of progress, but nothing quite like how the place looked when we got a tour last week from branch manager Rachel Collins.

When we visited the new East Library space on the ground floor of The Standard on North Avenue in July, the space was mostly undefined.

Despite a few half-finished walls and the shell, there was little to see but drawings and a few nascent details. A quick peek last month showed quite a bit of progress, but nothing quite like how the place looked when we got a tour last week from branch manager Rachel Collins.

One of three installations by Ray Chi is taking shape nicely. Chi’s bike rack arrives this week and his third piece will be installed in spring. Insidem kathryn e. martin’s art installation using honey locusts cut down outside on Cramer Street -- along with a slice of re-purposed stump from another site -- is in, and so is the time capsule in the wall behind it. 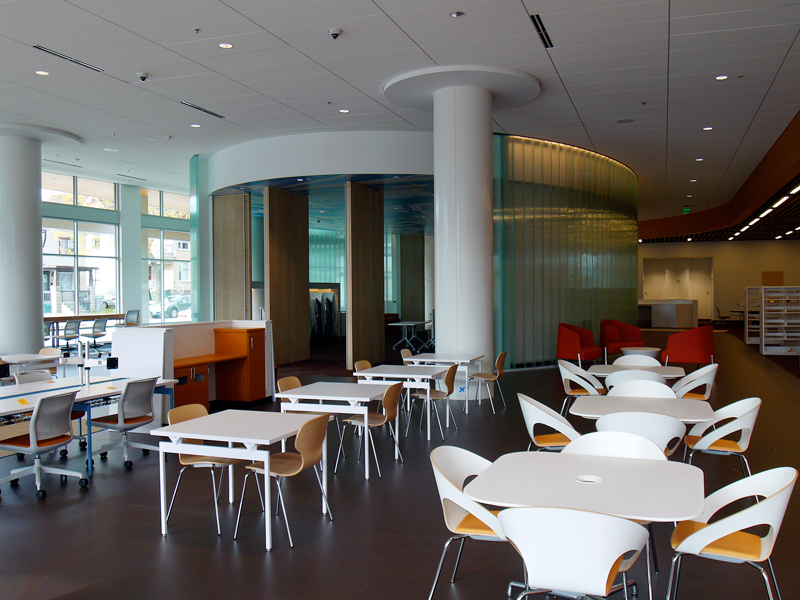 The curvilicious service desk, shaped like a question mark (you get to be the dot), is in place and so is nearly all of the shelving for books. The ceiling above the stacks re-uses ceiling decking from the old East Library building.

"This is definitely part of being green," Collins says. "We were happy to be able to repurpose quite a bit of the ceiling wood."

But what’s most interesting, perhaps, is how little shelving there actually is.

"We have three meeting spaces now. I have a feeling the study room nearest to North Avenue is going to be a hot spot.

Where, in the past, patrons would find more shelves full of books, the new library has laptop bars, meeting spaces and comfortable reading area. It’s more like a welcoming home than a traditional library with long study tables and stiff-backed chairs.

There’s a gorgeous fireplace that serves as a divider -- and connector -- of two reading areas, and striking mod furniture (east to clean, Collins points out) throughout. The kids area will have a Duplo blocks table. 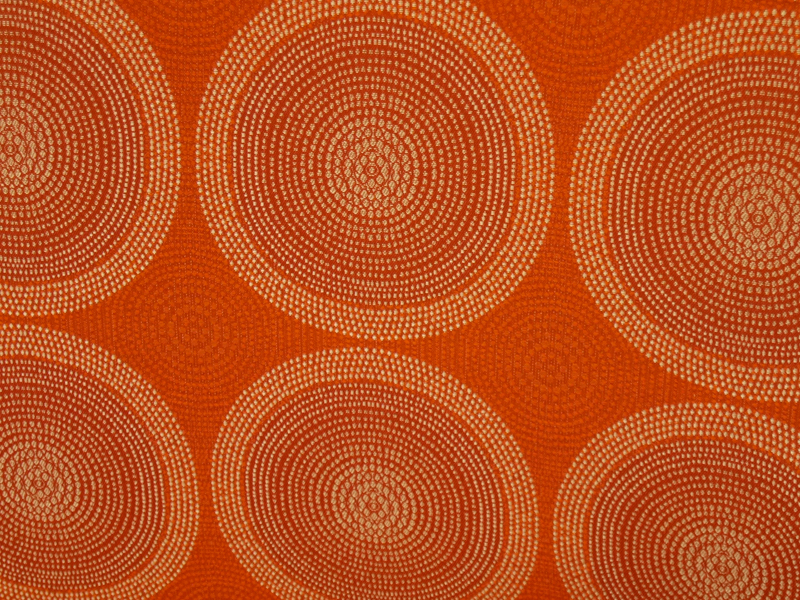 It’s a place to feel at home and, Collins notes, to leave your own mark. There are marker boards in a number of spaces, including along the east wall in the teen space and in the two conference rooms.

"I can’t wait to see what these marker boards do for us," Collins says. "It’s exciting to have a kind of analog technology that’s going to be incorporated in this high-tech kind of world.

"We’re looking forward to letting the teens loose with markers on our marker wall," she adds, as I remind her she might want to be careful of what she hopes for.

In addition to the Conrad Schmitt colored slab glass that was rescued from the demolished building, other materials were repurposed, too, including the long beams that now serve as laptop bars.

"These were really the ribs of the old library," Collins says. "These were the big beams that were in the ceiling and that we’ve turned into these laptop bars. They sanded them down, refinished them and put a bunch of electrical outlets into them. 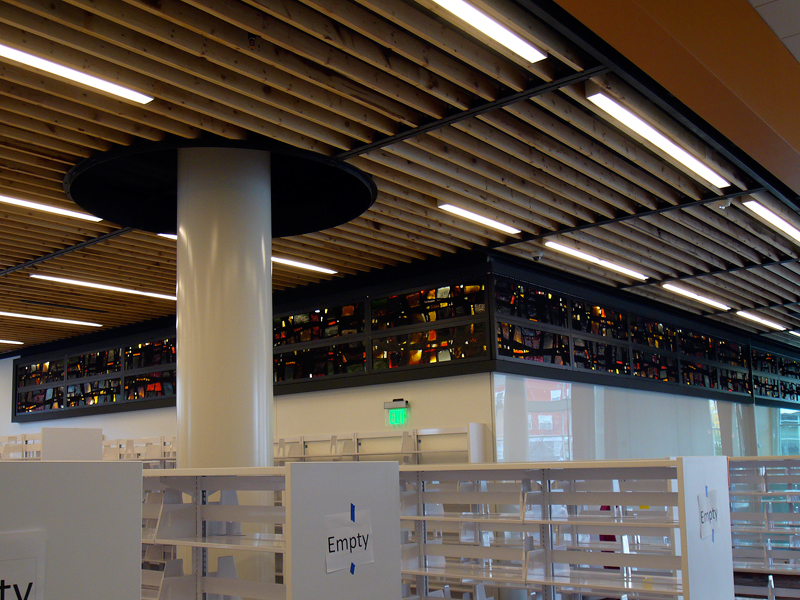 "(The re-use) was really a response to the community meetings that we had. It was tough to say goodbye to that old building when it felt like there was stuff about it that was still good."

The space also has a pair of adhesive murals by local artist Santiago Cucullu, including one in the gem of the new library...

"Our beautiful elliptical community room with these beautiful 16-foot acoustical core doors," says Collins, swinging open one of the soaring doors. "Super easy to move, I thought they would be heavy. We’ll pretty much leave these open all the time when we don’t have a program or a meeting going on. It becomes more seating for people, good sightlines, it becomes more real estate that we can continue to use."

With curved walls of channel glass and artistic lighting, this space will glow at night, serving as a beacon and a reminder to the neighborhood that this community space is here for it.

"We haven’t programmed our LED lighting yet, but we’re excited to be able to light it from the top and I’m voting for post-bar time so we’ll be illuminated until at least 2:30 or 3. Won’t it be cool to be able to see us from the street, from both Cramer and North Avenue? Just this ellipse glowing."

The library is on schedule to meet its Nov. 22 grand opening Collins says. Three-quarters of the furniture was on site when I visited and nearly 100 percent of the shelving was up.

"They’re on the second floor tucked on some empty shelves in periodicals," says Collins. "They’re in order. I went earlier this week and I looked and I color coded it for the movers. But then we do have to bring what’s at the temporary library and integrate it. Because they aren’t collections in their entirety; they belong together."

For complete details of the grand opening event, click here.