A small plates restaurant featuring internationally inspired fare - and a team of Bartolotta's Restaurant alumni - is coming to Brady Street in September.

The management team for the restaurant includes former Bartolotta’s employees Brian Ojer and Todd Hasselbacher. Evan Greenhalgh, former sous chef at both Rumpus Room and Lake Park Bistro, will take over as chef. Financial backing for the space is being provided by Nini Buranabunyut and Dear Panyasopa, owners of Thai-Namite.

According to Ojer, the vibe for the restaurant will be unpretentious and laid back.

And, judging from the restaurant logo – which features a mysterious long-eared animal with tiger stripes and a curled tail riding a unicycle – it will be a lot of fun, too. 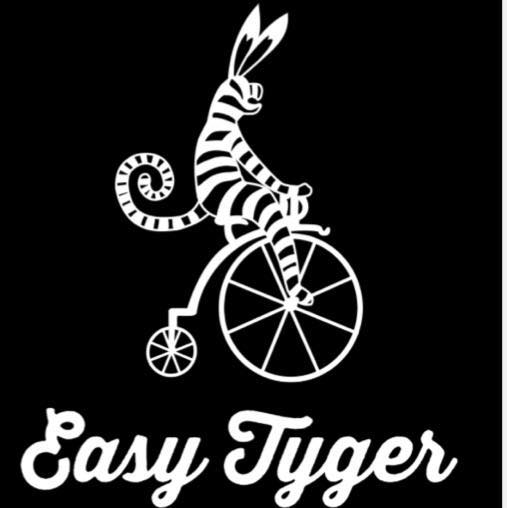 The remodeled space, which seats 70, will a more open design with an open kitchen and large bar on the east side of the building.  Decor will be contemporary, featuring plentiful artwork, a painted tin ceiling and exposed cream city brick walls. Wrought iron columns will build in an industrial feel.

The menu, says Greenhalgh, will focus on seasonal New American style cuisine, showcasing the influences of Latin America, the Mediterranean and Asia alongside traditional techniques.

The "Nibbles and Noshes" section of the menu, priced from $3 to $8, will be devoted to bar snacks like arepas (small maize-based flatbread sandwiches, Vadouvan curry granola, and pig ear nachos.

Meanwhile, small plates, priced from $10 to $18, will include vegetable dishes like grilled haloumi salad with watermelon, frisee, radish and lemon yogurt dressing and farro bibimbop with bulgogi sauce, kimchi and optional egg

Lunch – which will set diners back $7-10 – will feature sandwiches like Berkshire ham and fontina on sourdough with grape mostarda and arugula and a housemade chickpea quinoa burger with chevre, carrot slaw and chermoula.

Meanwhile, the bar will put an emphasis on classic cocktails like the Blood & Sand, Martinez, Bijou, Turf Cocktail and Aviation, all priced between $8 and $12.

Between eight to ten taps will showcase a wide variety of craft beers. The wine list will focus on value-driven international selections, available by both the bottle and glass.

"We’re really aiming to serve the eclectic group of people who already hang out on Brady Street," says Ojer. "But we’re also hoping that we’ll attract even more people to the area."