It's difficult to reconcile the stark contrast between the optimistic, effusive beauty of the home that C. Frederick Ehlers - aka Fritz - built for his family on Milwaukee's North Side in 1886 with the tragedy that befell its builder.

It’s difficult to reconcile the stark contrast between the optimistic, effusive beauty of the home that C. Frederick Ehlers – aka Fritz – built for his family on Milwaukee’s North Side in 1886 with the tragedy that befell its builder.

If you’ve never seen it, the so-called C. Frederick Ehlers House, 2576 N. 4th St., in Harambee, is a stunner. Even folks who’ve seen a lot of beautiful houses in this town are hard-pressed to find many as lovely as this Victorian Gothic gem, especially now that it has shed the paint that long obscured the cream city brick exterior. 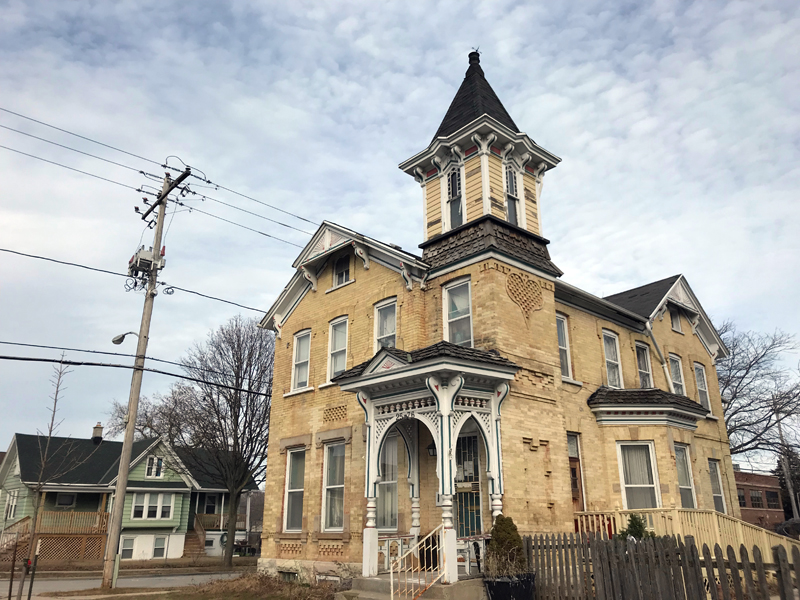 The two-story, rectangular home is capped with a picture-perfect three-story tower with a pyramidal roof. The third story of the brick tower is wood, with eye-catching brackets that support the roof, the eaves of which hiccup on each side to follow the peaked frames around ornate windows.

A wooden sunburst gable adorns the peak of the front of the home, which also boasts a heavy bracketed cornice at the top, window crowns and patterned masonry panels creating depth and visual interest. 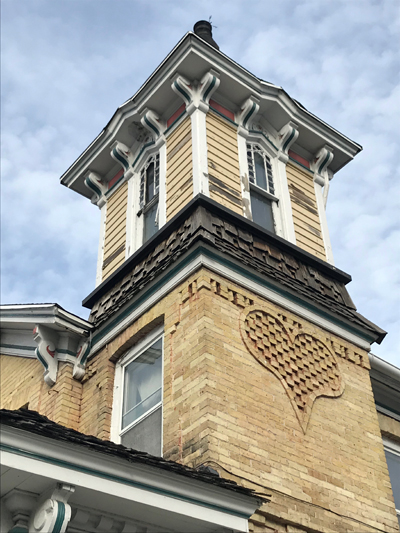 There’s an elaborate wooden porch on the front, but the real kickers are on the south side of the tower, where there are a couple rectangular masonry panels and, best of all, a unique heart-shaped basket-weave brick panel.

Ehlers was born in Mecklenburg, Germany in 1843, but by the 1860s, he was in Milwaukee, where he worked as a laborer and a mason. The house that bears his name certainly attests to the skill he developed as a bricklayer. It’s unclear whether or not Ehlers was related to Milwaukee architect George Ehlers, who was active around the same time.

Ehlers bought the land – two adjacent plots – where the house stands in 1871. Previously it had been owned by wagonmaker Henry Biebow, who acquired it from Frederick and Eleanor Ihmsen, of western Pennsylvania, who, in turn, bought the entire subdivision from W.P. Young, who had owned the land from about King Drive to 5th Street, North Avenue to Center Street, since before the Civil War.

According to a City of Milwaukee Historic Preservation Study Report – from which many historical details were gleaned – it appears that Fritz immediately built a house and began living on the property, though that house is surely not the one that stands there today, though some of its bones might be hidden inside. 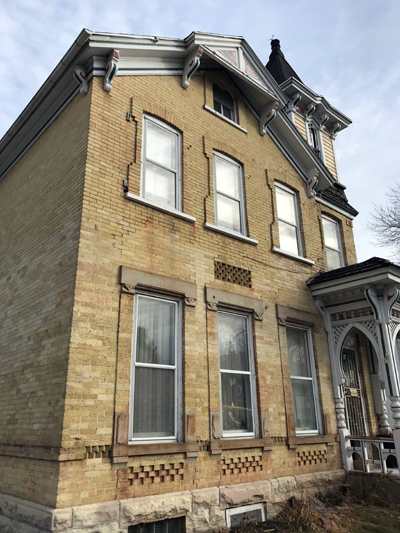 He also built a stable, two more houses (to the south) and a barn. He also took out a number of mortgages on the property over the years, and sold the southernmost portion of the land to Frederick and Dorothea Brinker in 1880, though he would buy it back nine years later.
Though some sources list the current home as having been erected in 1880, the City’s report, using tax records, determined that it was built in 1886.

"Ehlers was considered a reasonably successful mason contractor during most of his career," noted the report. "He is said to have erected many large buildings in the city including several public school buildings, a part of the Pabst Brewery complex and a part of the Schlitz Brewing Company complex."

But things took a turn for Ehlers in the 1890s, the report said.

The property was sold and divided up and sold off piecemeal. The big house was purchased by architect John Roth, Jr., in 1906, and he converted it to a duplex. Though Roth sold the house to William J. Sebutz in 1909, he and his wife lived there until 1911.

Owners came and went and by 1948, when the house was owned by Roland Coralline, it had become a rooming house. In 1951 it is listed for sale as an income property in newspaper classified ads.

And so it went until 1990, when the City’s Housing Authority had become owner of the home. That same year, the Common Council voted to designate Ehlers House a historic landmark.

The home was restored during a revitalization project undertaken by the city in collaboration with local electrical and plumbing unions in 1993, and first-time homeowners Nathaniel and Savannah Jackson purchased it. They are still listed in tax records as its owners today.

A happy ending, so far, for an absolutely stunning bit of Milwaukee architecture and masonry.

But, things didn’t turn out so well for Fritz Ehlers, sadly. 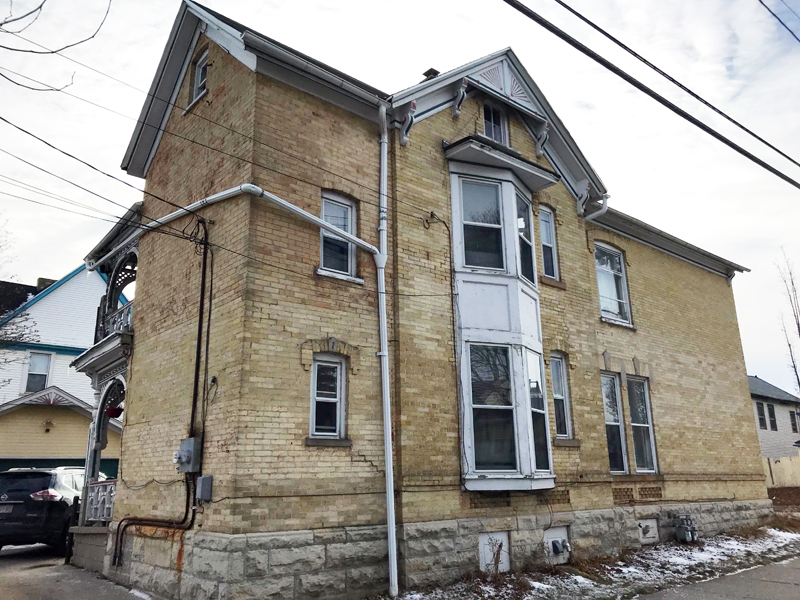 "Fritz Ehlers lived out the rest of his life as a broken man," the city report said. "Having lost his home, he moved in with his daughter, Bertha, and her husband, Oscar Leverenz. Leverenz worked at his father’s nearby flour and feed store on 2518 N. King Dr., located between Wright and Clarke Streets. The Leverenzes, who earlier lived with Oscar’s father, moved to 2651 N. 5th St. in 1904, probably to care for the aging Ehlers.

"Despondent over ill health and drinking heavily, Ehlers threatened to take his own life a number of times and finally did commit suicide by shooting himself in the head at 9:30 p.m. on Tuesday, Oct. 6, 1908 at the Leverenz home."

After a funeral at Fass and Nicolai’s Chapel on nearby 3rd Street (now King Drive), Ehlers was buried at Union Cemetery."

The suicide was noted in a single paragraph at the bottom of page one of the Milwaukee Journal the following day. Ehlers was 66.