Driving past, you might not really notice the changes at the Elite Sports Club-River Glen, 2001 W. Good Hope Rd., in Glendale, which was built as Le Club in 1972 and purchased by Elite in 2012. But on the inside, it seems that everything is changing.

Driving past, you might not really notice the changes at the Elite Sports Club-River Glen, 2001 W. Good Hope Rd., in Glendale, which was built as Le Club in 1972 and was purchased by Elite in 2012.

It’s still got a bit of that classic ‘70s look on the outside, but on the inside, it seems that everything is changing. 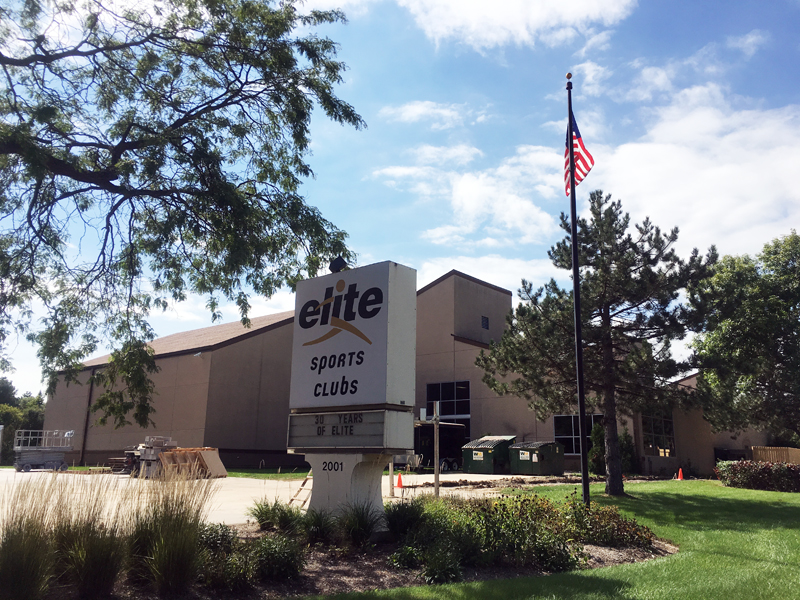 The pools have been refinished; so has the men’s locker room. There’s new heating and air conditioning. A new first floor playroom is ready to replace the one in the basement. There are new spin and group exercise studios (the latter from reclaimed former roof space).

The lobby will be completely renovated and so will the fitness center. But, what’s perhaps most exciting – especially for kids and their parents – is The Quad, which replaces some of the tennis courts that were in the east wing of the complex.

This sprawling multi-purpose space will give kids loads of opportunities for play of all kind. The supervised space also means parents can play tennis or work out without worrying about their kids.

While most clubs have a playroom, it’s typically not aimed at older kids, 7 to 13 or so, and they feel too old to be there. At the same time, many clubs ban kids in that age group from fitness centers and other spaces without a parent, creating a conundrum for a mom or dad who is trying to squeeze some exercise into the schedule. 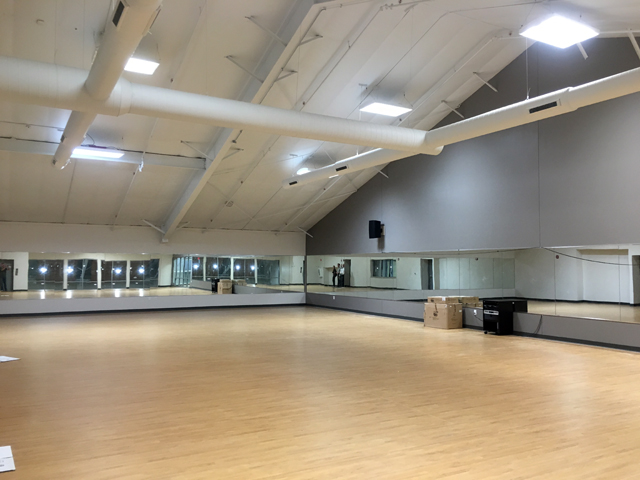 "The mural around the outside looks like a campus," says Elite Marketing Director Tiffany Hock. "It's nostalgic for adults. Those are their glory days. For kids, you know, kids always want to be kind of a little older, grown up, think they’re on their own. So it kind of is merged to the middle. We wanted to make sure it's geared towards kids, but it's geared toward the kid in all of us."

The space has a large stage and an elevated deck that can serve as a DJ booth or a VIP area. There are basketball hoops that can be raised and lowered, moveable partitions to create a soccer field or a gaga ball pit. There are duckpin bowling lanes, a large play structure and a batting cage. There are also a couple rooms with interactive games that are pretty fun and a trampoline.

An adjacent area has table tennis and a dance studio. The large new group fitness rooms have windows that overlook The Quad, allowing parents to keep an eye on the kids, if they want to. 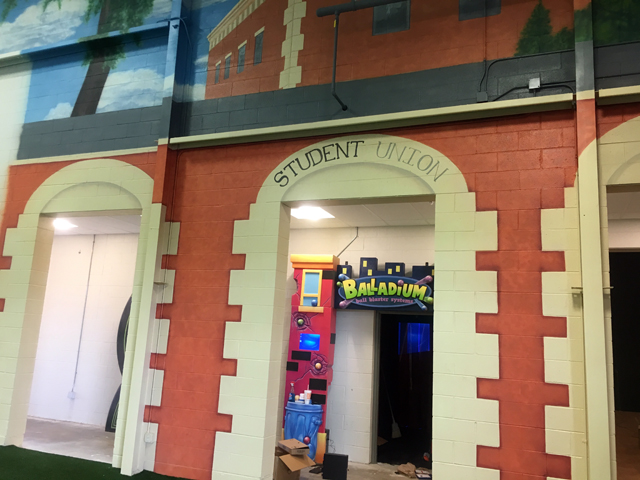 "This is brand new for us, and really the Milwaukee area," says Hock. "None of the other health clubs or multi-purpose clubs has anything of this capacity.

"It being Wisconsin, there are only so many opportunities for the winter season," adds Hock. "We wanted to make sure that we were also offering up a space that the community could use: organizations, private rentals, that kind of stuff. For schools to use during the off-season to have a nice kind of space to be active, but there's also this lounge space where we have TVs and games and things." 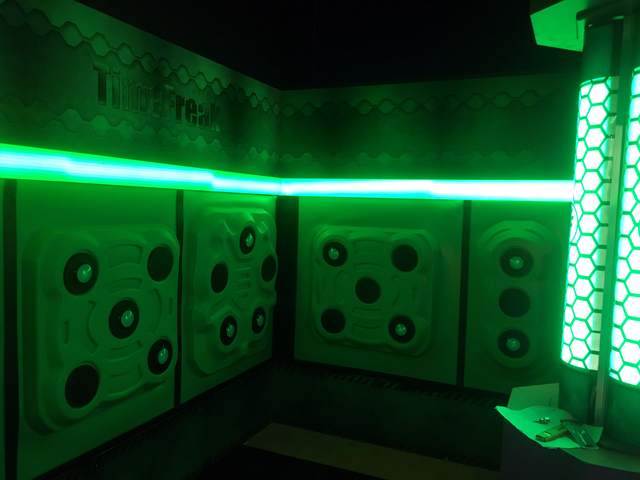 Even though the space isn’t quite finished yet, it’s already getting use as a rental, and on Saturdays, dances have been held. But while the goal is to rent The Quad, that’s not the sole focus, says Elite VP Tom Karrels.

"We didn't want to just make a rental space either, where it looks like there's a soccer field and a basketball court," he says. "We wanted to add some other amenities that kids would have a good time with."

For Karrels, convertability is a key factor. He envisions a multi-purpose space that can be arranged to accommodate countless activities, but one that can also change and adapt over time.

"There's a lot of clubs that convert the tennis courts into basketball courts or turf areas, that's a pretty common thing, but this is about giving something more and then trying to figure out what type of entertainment is timeless for kids."

Adds Hock, "It's supposed to grow as the industry grows, as trends change. We have these main pieces that are somewhat permanent, but we have inflatables that we can roll in and out. The reason that there's a garage door here is so we can bring in outside vendors, like Adventure Rock, or something like that, or food trucks, so we can have parties where we are supporting other, smaller scale or niche businesses, that could come in and offer a special opportunity for members and for the community." 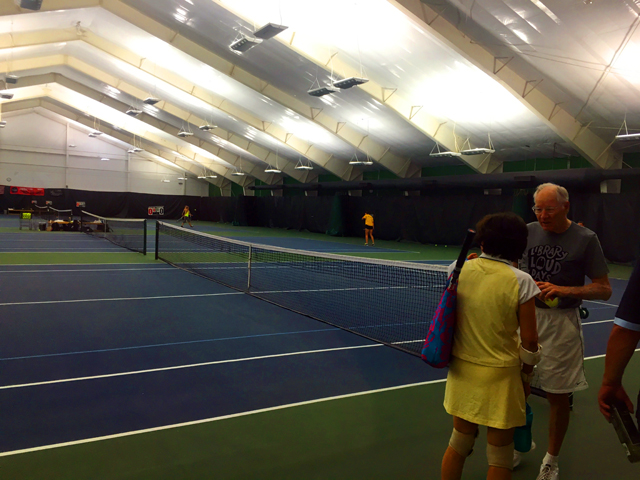 Long-standing, tennis-loving Elite and Le Club members needn’t fret. There are still tennis courts under the roof – six of them – plus three more outside, and they’re not going anywhere.

"The tennis courts are staying," says Hock. "At our core we are tennis. It's true of all of our clubs. We are the tennis clubs. We are also a multi-purpose family club facility, as well, so we needed to make sure that we are accommodating that, too."