Having a mentor makes the career journey smoother and more meaningful. And for Karen Dalessandro from WKTI-FM and 99.1 The Mix's Elizabeth Kay, it also makes it a lot more fun.

Regardless of our professional field of choice, having a mentor makes the career journey smoother and more meaningful. And for Karen Dalessandro from WKTI-FM and 99.1 The Mix’s Elizabeth Kay, it also makes it a lot more fun.

Although the two women are now colleagues, Dalessandro inspired Kay before the two had even met in person. While still in college, Kay attended a Lonestar concert at the Waukesha County Fairgrounds. Dalessandro came on stage to announce the band and promote her station at the time, FM 106.

"This little, energetic woman walked on and she was so natural on stage I turned to my friend and asked, ‘who is that?’" says Kay. "I was studying public relations at UWM at the time, but after seeing Karen on stage for just a few minutes, I knew I wanted to change majors and wanted a job like hers."

Two weeks later, after an apparent aligning of the stars, Kay accepted a position at FM 106 as Dalessandro's intern during her morning show. "It was a dream come true to work with Karen," says Kay. "I knew I was going to do whatever I needed to do to make it happen. I wanted this."

Dalessandro, who co-hosted the "Karen, Scott and Radar" morning show for 19 years before moving to WKTI last year, says she knew very early on that Kay had what it took to succeed in the industry.

"I wanted to see more young women in radio because they’re weren't many – especially when I started," says Dalessandro. "But from day one I knew Elizabeth had the dedication and the talent and the energy this job requires."

Dalessandro could also relate to Kay’s career inspiration happening during a concert. She had a similar experience at a Bob Seger show in Detroit a decade or so earlier and it changed her life.

"There was this DJ on stage, and he was really good, and I started to wonder how he got there," says Dalessandro. "I started really listening to DJs on the radio – tuning in to their voices instead of tuning out."

Kay went on to accept a radio position in Green Bay, but she stayed in contact with Dalessandro.

"Early in my career, I would ask myself who I wanted to emulate, who impressed me the most and it was always Karen. And it was because she was so honest and real, both on the air and off. She was never trying to cut anyone down to get ahead even though we were in a very competitive business," says Kay. "She was good at her job and she was confident, but she was also very kind."

Kay returned to Milwaukee to co-host the morning show on 99.1 and was happy to have a good radio job in her hometown as well as to be closer to her friend and mentor. The two early morning DJs could also relate to the challenges of waking at 3 or 5 in the morning and balancing a family and social life at the same time. 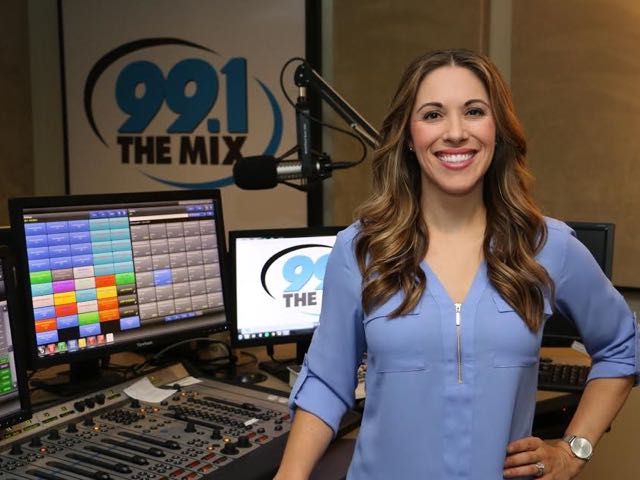 Coincidentally, the two women’s careers took a similar path once again, when both started doing television work along with their radio shows. Dalessandro, who is now the music director at KTI Country and hosts a weekday show from 2 to 7 p.m, also fills in as needed on "The Morning Blend" and appears in special entertainment reports for WTMJ Channel 4.

Kay, who continues to co-host the morning show on 99.1 WMYX, is an independent contractor with WISN 12 and creates local, live commercials and promotes weekend events through a segment on the station.

The women, not surprisingly, feel similarly about adding television to their repertoire of skills. Both describe themselves as "radio people at heart" but also love new opportunities and the chance to learn something new.

"I find television very intriguing," says Dalessandro. "At first, I took everything I learned from radio and applied it to television. It didn't take long to see the similarities. Both are about connecting with people – entertaining them but also finding out what their story is. And everyone has a story." 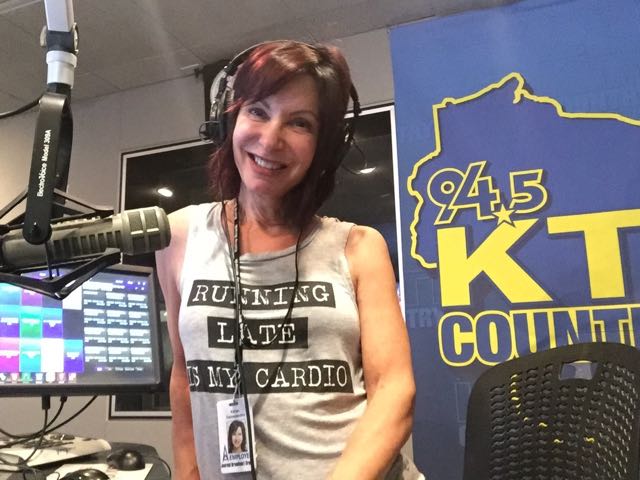 And interestingly, television work has helped the women be even better in radio.

"To be in radio in 2018 you can't be afraid to be in front of a camera," says Kay. "It’s not the the old days, when no one knew what you looked like if you were a radio DJ. With social media and our constant access to it through our phones we need to be able to do all types of communicating now – some of which shows our face and some of which doesn’t."

Kay says she continues to feel inspiration from Dalessandro and hopes she is paying it forward to younger women entering the field.

"I always say, ‘do what you love because you are going to be at your job more than you’ll be at home,’" says Kay. "And even though DJ’s faces appear more now with social media, radio is still more about doing the job well – not about how you look. Or at least it shouldn’t be."

The Get Down DJs celebrate a decade and a half with, count 'em, four parties

Not all DJs have ditched vinyl for digital

Catching up with The Ghosts of Laura Palmer