Thursday night, Travis Powell won the $25,000 first place prize in Potawatomi Hotel & Casino's "A Tribute To the King" competition which drew dozens of Elvis tribute artists from around the country and Canada to compete.

When Travis Powell was 4 years old, he had a dream about Elvis Presley. This dream made him instantly enamored with the King, and by the time he was 6, he performed Presley numbers for friends and family.

"We have video of it," says Powell.

Thursday night, Powell won the $25,001.25 first place prize in Potawatomi Hotel & Casino’s "A Tribute To the King" competition which drew dozens of Elvis tribute artists from around the country and Canada to compete. 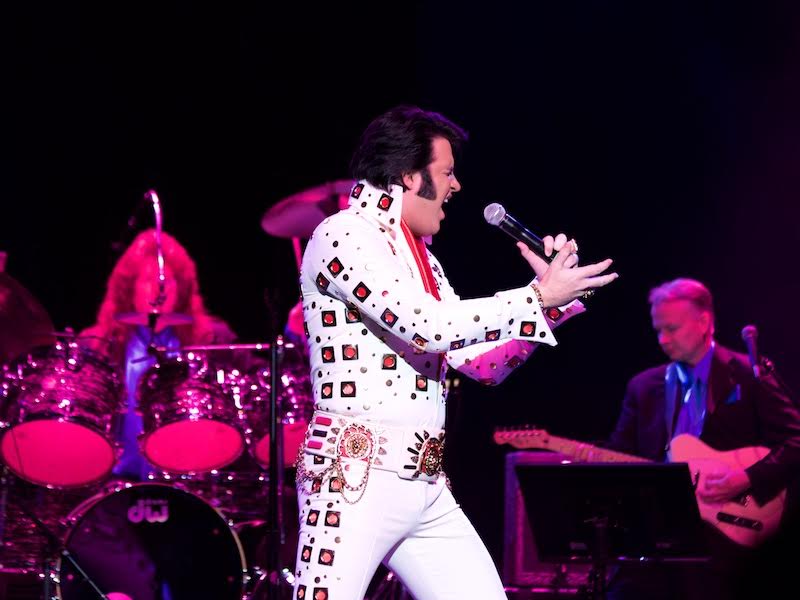 Powell, who lives in Shelby, N.C., also won the $1,000 Audience Choice Award by garnering the most social media action.

"A Tribute to the King" is in its 13th year and is the largest Elvis tribute contest in the country. There was one other that boasted a $25,000 prize, which is why Potawatomi ramped up the winning sum by a dollar. The winner is also given 25 cents by the band.

"This year’s Tribute to the King contest featured a mix of new and returning Elvis Tribute Artists (ETA)," says Potawatomi Hotel & Casino’s Entertainment Specialist, Rachel Buelow. "It’s an incredible experience to witness the ETA’s supportive camaraderie towards one another and how each brings Elvis’s legacy back to life for our fans. We’re pleased with how special and successful this competition truly is."

What does he plan to do with the cash?

Powell says the competition was a lot of fun, but also stressful. "My stomach was churning. You work so hard for so long and then it comes down to this," he says. "And then there’s the other guys. You get to be friends. They’re nervous about the competition, too. And, although you want to win, you’re pulling for them at the same time." 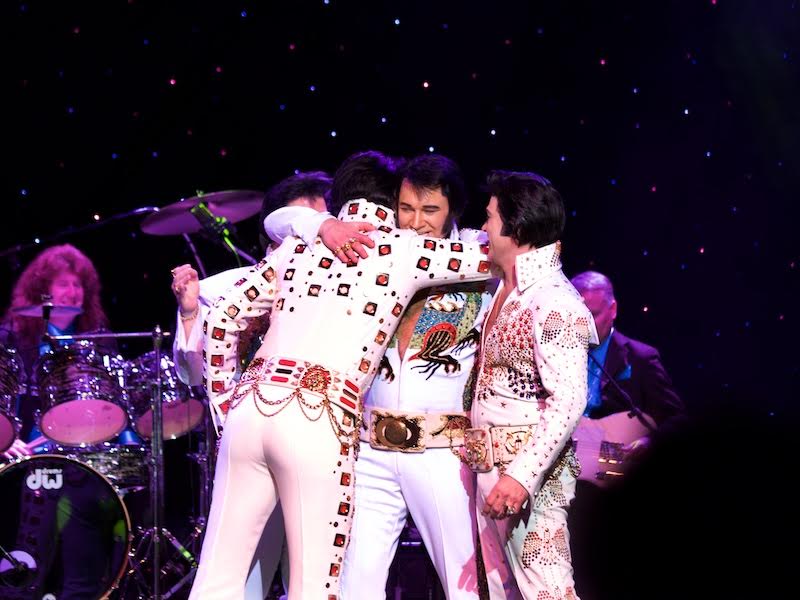 Powell has lived in North Carolina his entire life, but as a full-time entertainer, he travels a lot for work.

"I’m a Southern boy at heart, though," he says.

In a couple of weeks he will go to California. One of his favorite parts of traveling is when he passes through or performs in Memphis.

"I always stop in at Graceland," he says. "The minute I walk in, the hair on my arms stands up. It’s a very special place."

Powell says his favorite Elvis songs to perform are "My Way" and "American Trilogy."

"‘My Way’ is my all-time favorite Elvis song. I love the lyrics and Elvis sang it with such passion and humility."

When Powell performs as Elvis, he mostly emulates his "jumpsuit era" that took place after the "black leather / Elvis comeback era" in 1968. He buys his jumpsuits from B & K Enterprises in Charlestown, Ind.

"I don’t mess with ‘50s Elvis, I’m getting too old to pull that off anyway," says Powell.

At 33, Powell is still able to pull off an Elvis-in-his-prime look. Whereas some contestants need to wear an Elvis wig, Powell is happy to report he does not. "Yup, this is my real hair and side burns," he says.

Powell has competed in about 15 Elvis Tribute contests, but last night’s win was the largest of his career and was, literally, a dream come true.

"I had the dream about Elvis when I was a kid and now I’m living it," says Powell. "But I couldn’t have done it without the audience and without Elvis. What he did for the music industry and who he was as a person allows me the honor of doing what I do and I wouldn’t want to do anything else."

View an OnMilwaukee photo gallery of "A Tribute to the King" here.

This is video of Powell performing earlier in the competition: