There's something about an old fire house. Even a crumbling one. Thirty years ago, the old Engine Co. No. 3 house at 217 W. National Ave. was already rough around the edges and sitting unused for the intervening decades did little to improve things. But, still, the place held an allure for restaurateur Peter Sandroni, whose acclaimed La Merenda sits just a block and a half east.

There’s something about an old fire house.

Even a crumbling one. Thirty years ago, the old Engine Co. No. 3 house at 217 W. National Ave. was already rough around the edges and sitting unused for the intervening decades did little to improve things. 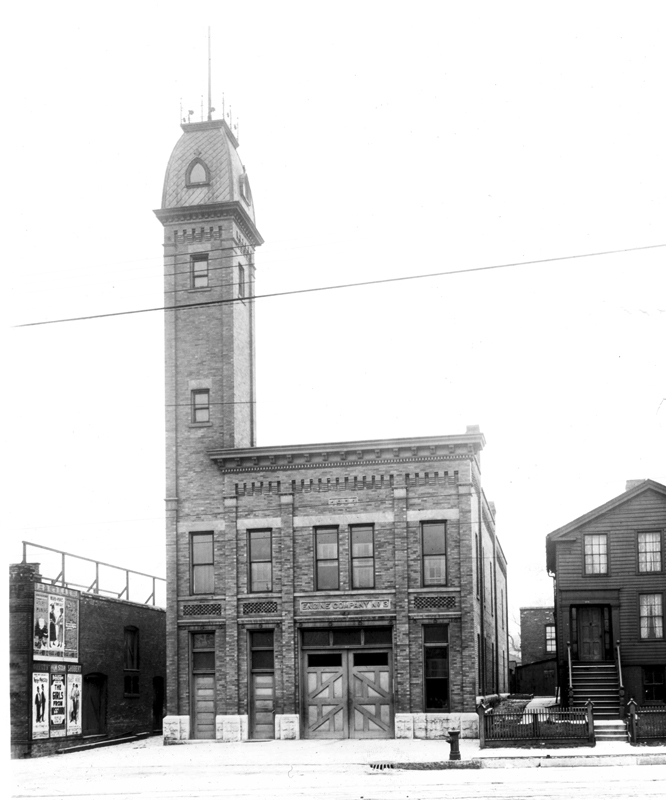 The firehouse with its original tower.


But, still, the place held an allure for restaurateur Peter Sandroni, whose acclaimed La Merenda sits just a block and a half east.

"The space came to my attention through Juli Kaufmann at Fix Development," says Sandroni. "She knew that I only wanted to do another restaurant if I could open it within walking distance of La Merenda. The sheer convenience of the restaurants being on the same side street two blocks apart has made my life a lot easier." 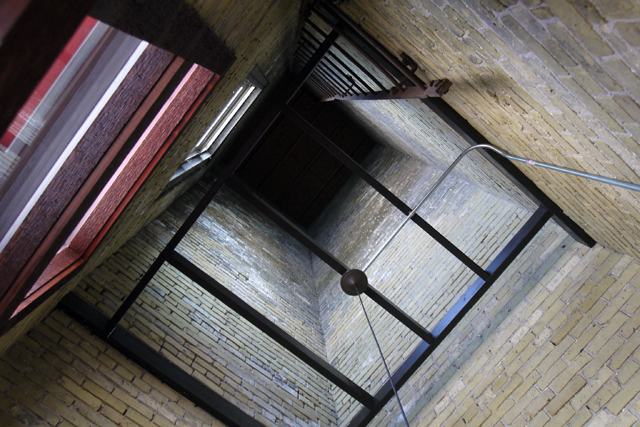 But, Sandroni says, the attraction was more than simply geographical.

"Of course, there is the allure to the building for the simple fact that it's a fire station. The charm, character, bones of the space could not be replicated if it were anything else."

That explains why, although much has changed inside the old firehouse, Sandroni worked hard to keep a lot, too. So, enamored was he with the building’s original use that he named his restaurant after it and used the history as its theme. 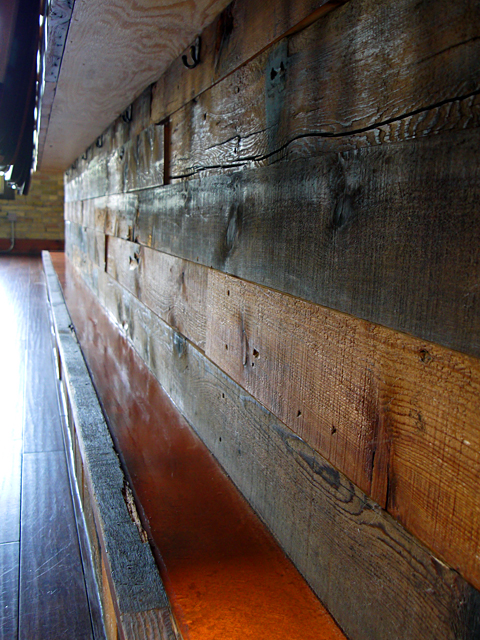 Throughout his Engine Co. No. 3 restaurant, there are historical photos of Milwaukee firefighters – including some who worked in the very building – alongside firefighting memorabilia.

And, when he opened up a broad staircase to the second floor dining room, Sandroni kept all the wood and had it milled for re-use – on the staircase, on the building’s two bars (at left) and in other spots.

He also repurposed the doors to the old hayloft for a second-floor closet.

In the back staircase is a vintage brass MFD firehouse pole that he’s planning on installing soon.

The current firehouse is not the first on the site. The earliest was erected there in 1869 at a cost $8,775 and it was occupied until 1901, when the engine company was moved the big then-new house on 1st and Virginia, while a new home was constructed.

That new home is the one you see today, though it has long since lost the four-story tower that graced its northeast corner. It didn’t serve terribly long as a firehouse, either, after opening on Nov. 13, 1905 to house Engine Co. 3’s horse-drawn steamer (replaced by a motorized vehicle 14 years later). 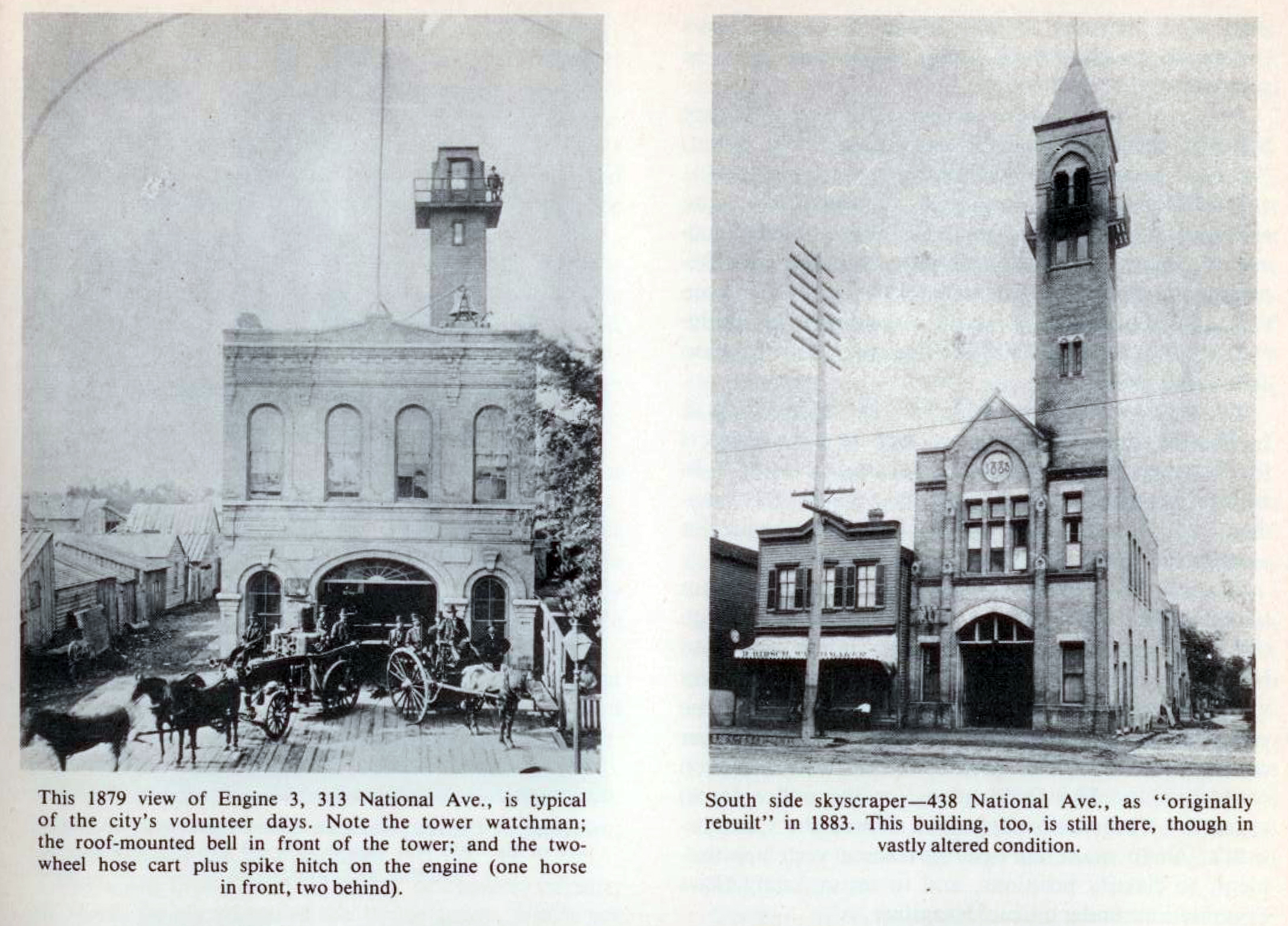 The 1869 station on the site can be seen at left. On the right is the 6th and National house, which survives, albeit in altered form, which you can see in a photo below. (Photo: "Beertown Blazes," by R.L. Nailen and James S. Haight)

The original house was home to the firefighters, notably driver Leonard Limberger, who helped nab Matthew Thomet, a self-described firebug who confessed in 1893 to starting the notorious Stadt Theater fire, among other blazes, and was believed to be responsible for a fire at the Republican House Hotel, too. 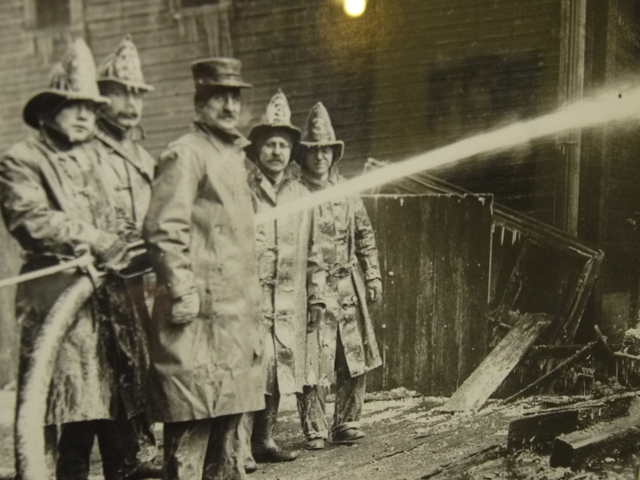 Some of the men of Engine 3. (Photo courtesy Peter Sandroni)

"Baffled and defeated, after nearly six months of apparent ceaseless hunting for a supposed fire-bug," wrote the Milwaukee Journal in April 1893, displaying its ability to insult pretty much everyone involved, "the Milwaukee police department, claiming to be ‘one of the finest’ has been forced to fall down and acknowledge inferiority to a simple, plain, shrewd fireman, who though making no pretentions (sic) to being a man hunter, has accomplished that which the police department detectives have so vainly sought." 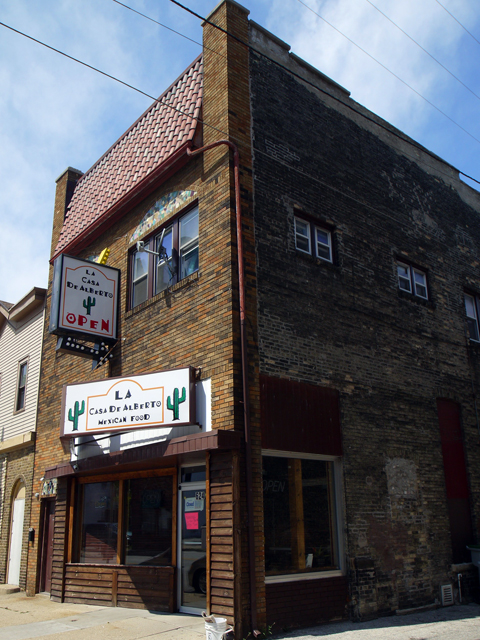 In 1921, Engine Co. 3 moved a few blocks west to a firehouse at 624 W. National Ave. (pictured at left), which still stands, but doesn’t look much like an old station anymore. It was replaced on 2nd and National with Engine 19 and Truck 8, which were relocated from 1st and Virginia, where the space was converted into MFD’s maintenance garage.

"On April 21, 1926 Truck 8 responded from this house to a fire at the Marsh Wood Products shop at 7th & Bruce," says firefighter and MFD historian Jim Ley.

On May 30, Engines 3 and 19 and Truck 8 were all sent back to 1st and Virginia when a new maintenance facility was completed next door. At that point, the neoclassical brick and limestone firehouse on 2nd and National was sold and used by a private company.

Sandroni bought the long-vacant firehouse and began to transform it into a restaurant last year. It reopened last September.

This week, Engine Co. No. 3 hosts the first fundraiser in the 24-year history of the Milwaukee Fire Education Center and Museum, located at 1615 W. Oklahoma Ave.

Ever since the restaurateur approached the museum’s staff seeking memorabilia and photos for the restaurant, he’s partnered with them. 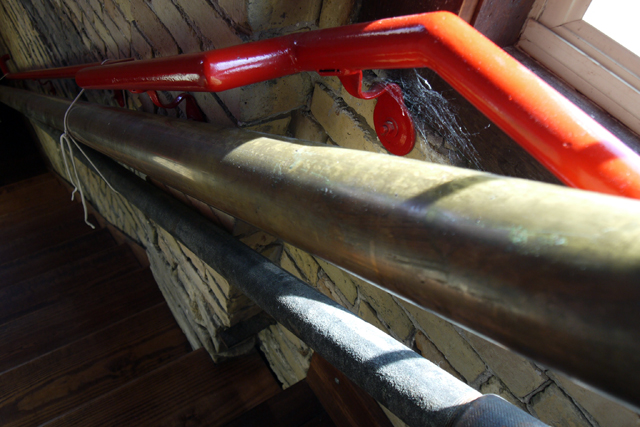 "A restored Milwaukee Fire House is the perfect location for our fundraiser," says Randy Leach, the museum’s treasurer. "We have partnered with them to display many photos and memorabilia throughout the restaurant. Many items on display are on permanent loan from our Milwaukee Fire Museum."

The fundraiser is slated for Saturday, Sept. 19 at 6 p.m., with dinner at 7. Tickets are $35 and may be purchased online at firemuseum.myevents.com. In addition to dinner, there will be a silent and live auctions and a 50/50 raffle. 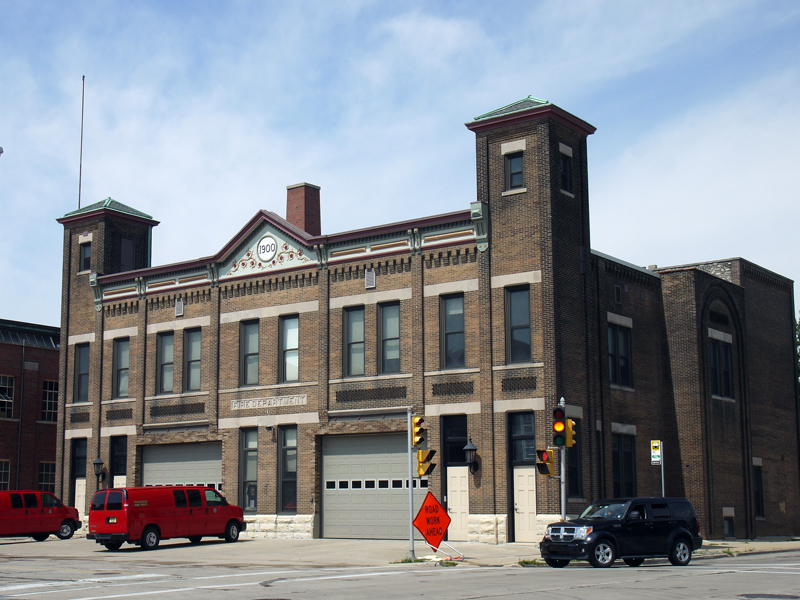 The firehouse at 1st and Virginia, erected in 1900.

The proceeds from the event will help fund the restoration of Engine 9, a 1948 Mack open-cab engine which is currently drivable, though it needs some work on its engine and brakes, says Leach. 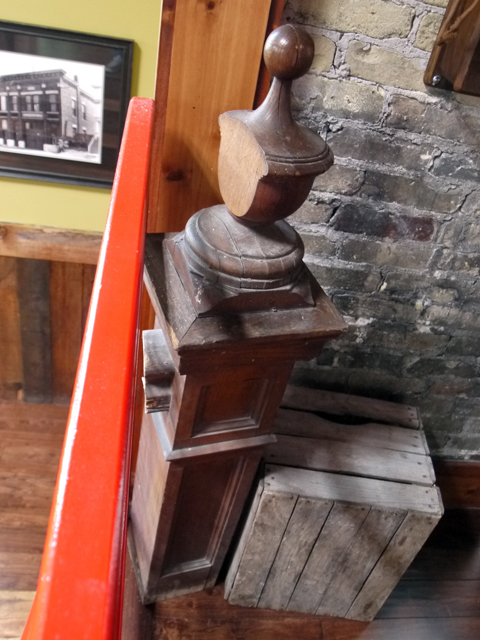 "This includes removing non-original items, removing and replacing rusted bodywork, new paint and chrome as needed. This work will make it ‘presentable’ at the Fire Museum. This engine is representative for 14 Mack's purchased after World War II and these engines were a large part of the City of Milwaukee and Milwaukee Fire Department history.

"These fire engines averaged over 30 years of service, (from) the late 1940s, 1950s, 1960s and into the 1970s. Engine 9 served 32 years. Many Milwaukee adults will remember seeing these engines as kids in their neighborhood firehouse or playing with toy fire engines that looked just like these Macks."

Leach says the museum staff is hoping to raise enough to do a "frame off" on the engine.