The new Enlightened Brewing Co. is bigger, brighter and better than ever. We've got the first look at the brewery, which opens to the public on Saturday, May 11.

Last August, we brought you the news that Enlightened Brewing Co. would be trading their Lincoln Warehouse digs at 2018 S. 1st St. in Bay View for a more spacious brewery and tap room in the former Louis Allis Motors plant at 2020 W. Allis St. 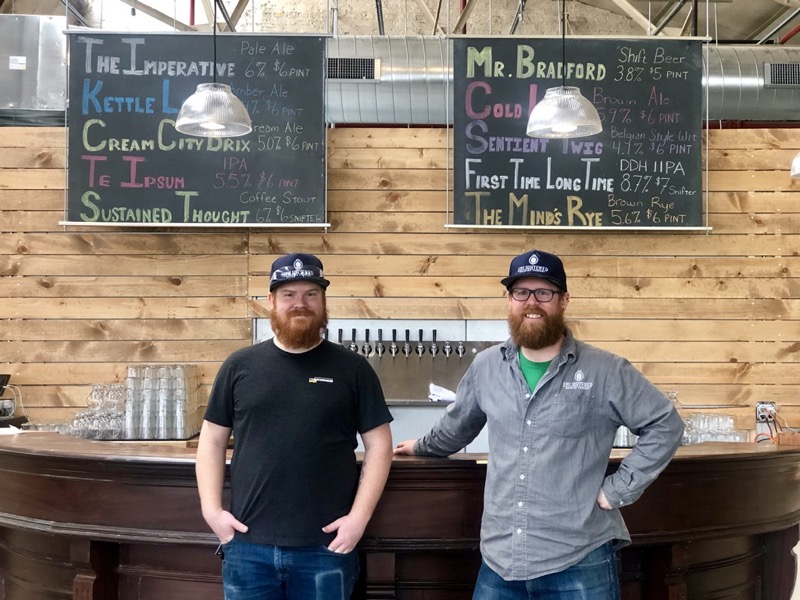 And, after eight months of work on the new the new 14,000-square foot facility, owners James Larson and Tommy Vandervort will be bidding farewell to their former taproom with a "Closing Extravaganza" on Friday May 10  and welcoming their first guests into the brewery’s new tap room with a Grand Opening Party and Can Launch on Saturday, May 11 from 1 p.m. to midnight. The party will feature beer (of course) along with burgers, brats, hot dogs and a pig roast along with music from Derek Pritzl & the Gamble from 3 to 6 p.m. 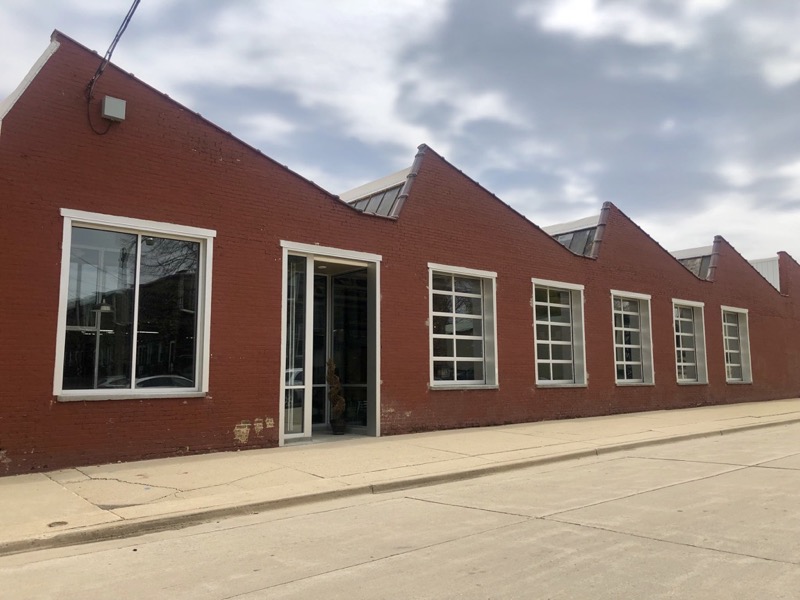 Both events are coming up quickly. However, in the meantime, we’ve got a first look at what you can expect at the new Bay View brewery.

Last year, Enlightened Brewing Co. produced 233 barrels of beer, which was sold in the brewery’s tap room as well as a select number of area bars. Thanks to a new 10-barrel brewhouse with 10 20-barrel fermenters from Quality Tank Solutions, the brewery will also be able to increase its production to 3,000 barrels. In addition, the 9,000-square foot production space would accommodate an additional 14 tanks, if needed. 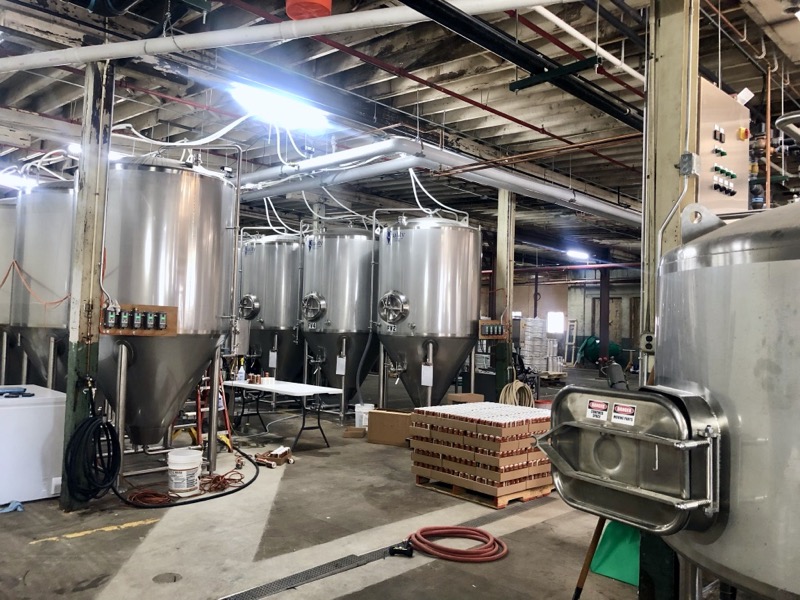 The installation of a new canning line also means the brewery can begin distributing canned product in area liquor and grocery stores, as well as selling it at the brewery. 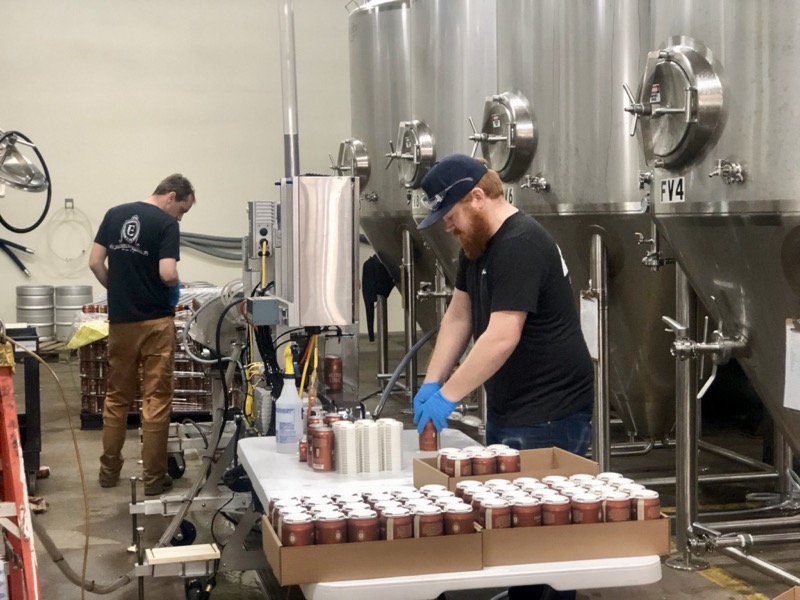 During the Enlightened Grand Opening Party, Enlightened will also debut three new canned beers: The Imperative Pale Ale, Kettle Logic Amber and Cream City Brix Cream Ale. All will be available for purchase in six-packs at the brewery while supplies last. 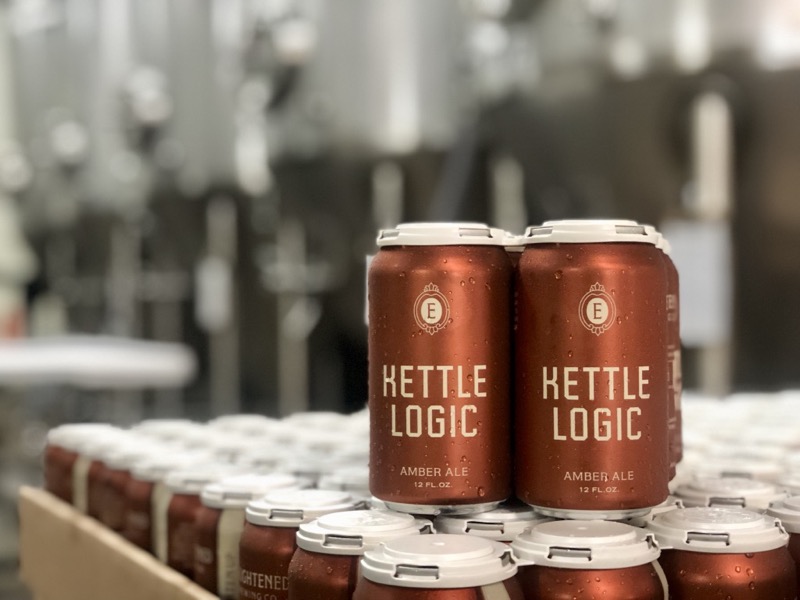 All that new beer will require additional drinkers. And the new Enlightened tap room will accommodate just over 200 of them in a spacious, interactive environment. 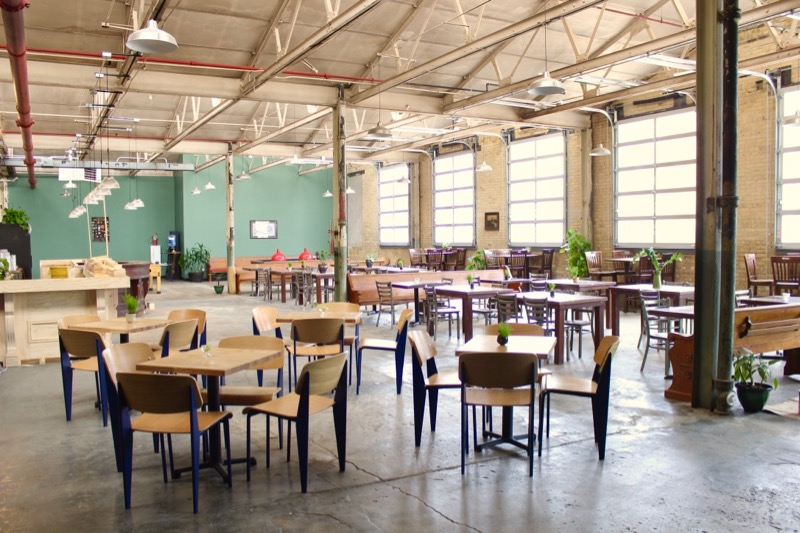 The focal point of the space will be a 19th century half-moon shaped mahogany bar. As the story goes, the bar’s original home was in a pub in Sheffield, England.

More recently, it was upcycled and purchased by a Milwaukee couple who intended to restore it for use in their home. However, after being kept for years in climate-controlled storage, it was eventually donated to an area resale shop from which Larson and Vandervort purchased it. 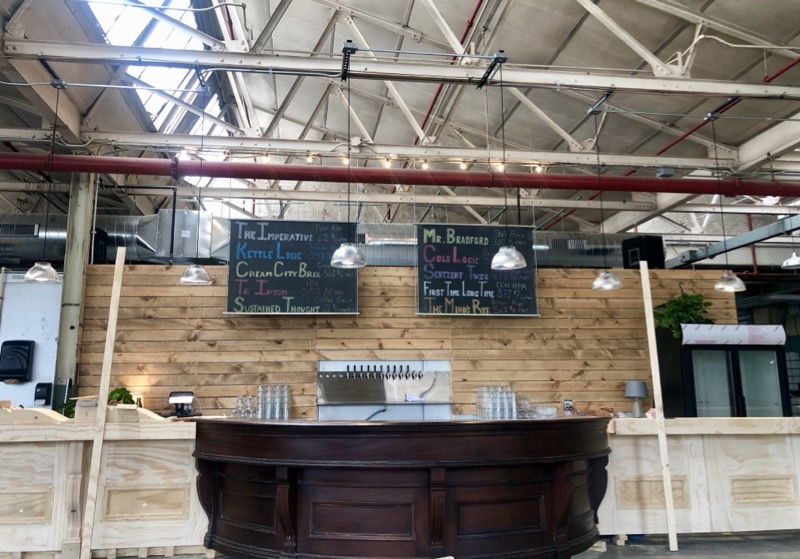 Seating for an additional 100 guests is available at high and low-top tables, some paired with upcycled church pews, others paired with wooden or metal chairs. 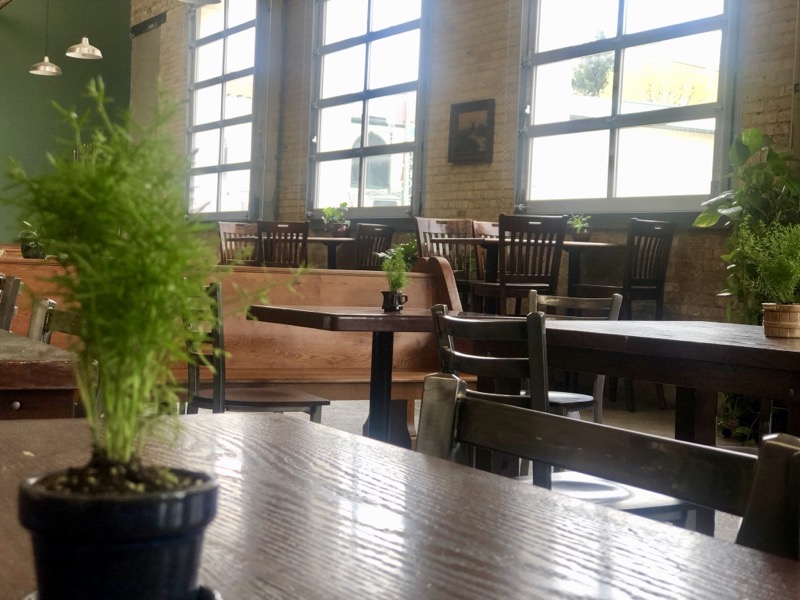 Garage doors on the western wall of the space can be opened to allow fresh air into the space on good weather days.

There are also plenty of activities for tap room guests thanks to a traditional pool table, bumper pool and foozball tables. There are also various board games as well as Magnetag, a game that combines the elements of laser tag and nerf sword fighting. Vandervort says they will also be installing a multi-game old school arcade game in the coming weeks. 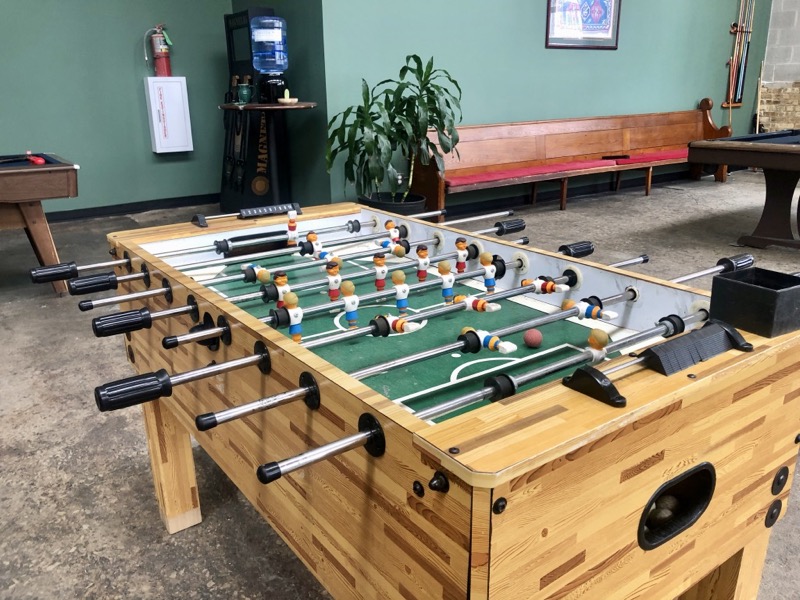 As the weather warms, the brewery will also feature outdoor seating on the sidewalk.

Although it won’t be open to the public after Friday, May 10, Vandervort says that Enlightened will continue to use their Lincoln Warehouse space as a pilot brewery for small batch and experimental brews. The two partners have additional long-term plans for the space, which Vandervort expects to be able to share by end of summer. 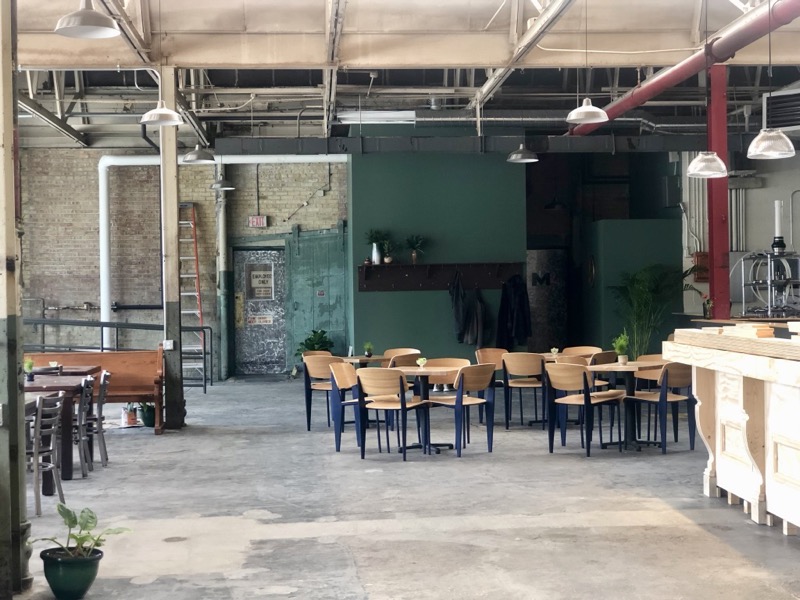 Beginning Sunday, May 12, Enlightened Brewing Co. will be open Sunday from 1 to 6 p.m., Wednesday from 4 to 10 p.m., Thursday from 4 to 11 p.m. and Friday and Saturday from 3 p.m. to midnight. Parking for brewery guests is available on the streets surrounding the brewery as well as in the parking lot on the corner of Stewart and Allis Streets.