Big plans are in the works for a little brewery. Enlightened Brewing Co. has announced plans to expand its production and tap room in a brand new space.

Big plans are in the works for a little brewery. Enlightened Brewing Co., currently located on the southern end of the Lincoln Warehouse at 2018 S. 1st St., has announced plans to expand its production and tap room in a brand new space.

The new brewery will be located in the former Louis Allis Motors plant at 427 E. Stewart St. in Bay View. It's expected that the new brewhouse and cellar will be up and running as soon as the end of the year, with a new tap room to follow. 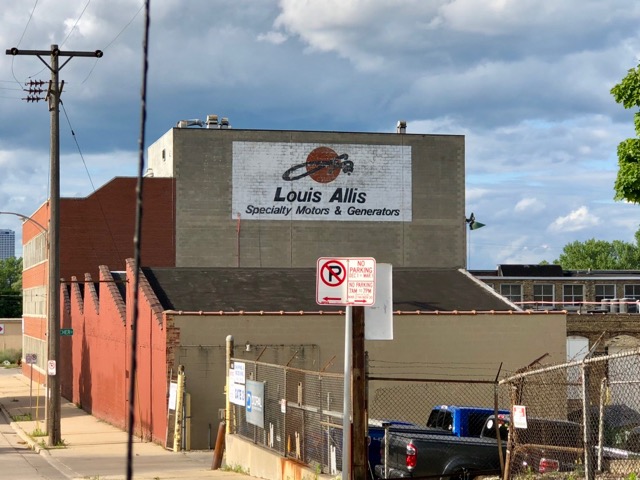 Plans for the new facility have been in the works for over a year as owners James Larson and Tommy Vandervort identified a location that would be a good fit for the business.

"In the end, we really just need more space," says Larson. "It’s been really difficult for us to keep up with the amount of beer that’s moving through our tap room, let alone make enough to really get our distribution to the point where we’d like it. That requires more space and bigger equipment."

"The Lincoln Warehouse has been an amazing place for us to get started and grow," he says. "There's no building like it in the city, and we're thankful for the support they've provided over the years. Unfortunately, there was really no good way to expand our space here. Our goals are to expand production to include bottling, canning and barrel aging… and then there are fun things like beer dinners and festivals… all things we currently don’t have the capacity to accommodate."

Fortunately, the new 14,000-square foot facility will accommodate all of those things. Plans include an expanded tap room – complete with garage doors that open to the sidewalk – and nearly 9,000 square feet of production space.

Thanks to a new 10-barrel brewhouse with 10 20-barrel fermenters from Quality Tank Solutions, the brewery will also be able to increase its production from 250 barrels annually to a maximum of 3,600. He says the brewery will likely brew about 1,200 in its first year in the space.

The brewery will also add a canning line, which will allow its beer to be distributed for the first time at area retail establishments.

Larson says he’s grateful to building owner Mike Doro, who he says has made the expansion process a great deal easier to swallow.

"He’s been really easy to work with, and extremely flexible in terms of how he thinks," Larson notes. "He also has a real passion for repurposing industrial spaces. His understanding and creativity has really made the planning process go much more smoothly."

Construction on the space is scheduled to begin soon. In the meantime, the current brewery and tap room will remain open through the transition, closing for about a week just before the new tap room opens.

Once the brewery has fully transitioned to the new facility, Vandervort says they expect to continue using the former brewery space in the Lincoln Warehouse as a pilot brewery and event space. 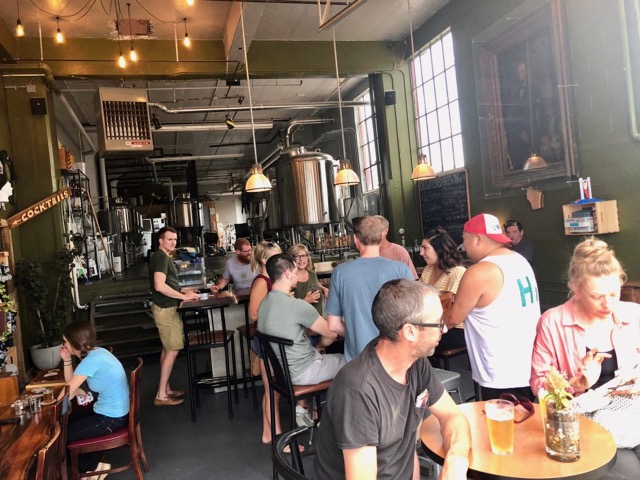 "This is the best of all worlds," says Larson. "Throughout this process, we looked at places in the Harbor District and Lincoln Village, but none of them really felt like home. Now we’re able to stay in the Bay View neighborhood where we both live. We’re working with great people. And we’re building our business."

When asked how it feels to reach the point where expansion is not only possible, but necessary, Vandervort responded.

"It’s exciting and scary for sure. But this is really our dream. We don’t want to take over the world, but we’d love to be able to grow this to the point that it really meets our needs while allowing us to do more of the fun things that we really want to do."

The current Enlightened Brewing tap room is currently open, and is expected to remain open throughout the buildout and move. Hours are Wednesday from 4 to 10 p.m., Thursday from 4 to 11 p.m., Friday and Saturday from 3 p.m. to midnight and Sunday from 1 to 6 p.m.