"Drink it down. Enlighten up." That's the tagline for one of Milwaukee's newest breweries, a company that could have bigger digs and a Bay View tasting room by sometime early this summer.

"Drink it down. Enlighten up." That’s the tagline of one of Milwaukee’s newest breweries, a company that could have bigger digs and a Bay View tasting room by early summer.

Enlightened Brewing Company, a partnership between native Milwaukeeans Tommy Vandervort and James Larson, has plans to more than triple the size of its brewery, currently located on the second floor of Bay View’s Lincoln Warehouse at 2018 S. 1st St. #207.

Thanks to funding through WWBIC, the brewery has enacted plans to expand its footprint from 500 square feet to 1,700 in a move that will allow it to quadruple production and increase exposure through the addition of a tasting room.

"It’s something we’re excited about," says Vandervort. "It will go a long way to help us get the word out about our beer."

Of course, the beer Enlightened brews isn’t for just anyone.

Brews like the cleverly named limited edition English mild "Polly Baker’s Porridge" (a reference history buffs may recognize, but many others should look up) are not only meant to be sipped and enjoyed, but also to  incite curiosity and inquisition.

Named with references to science and philosophy, the brewery’s three year-round offerings include A Priori Pale Ale (conjuring Immanuel Kant’s doctrine of knowledge); Sustained Thought Coffee Stout (a brew made with Valentine Coffee evoking a famous Voltaire quote) and 53207, an ironically named brew honoring locality in the style of a "California Common." 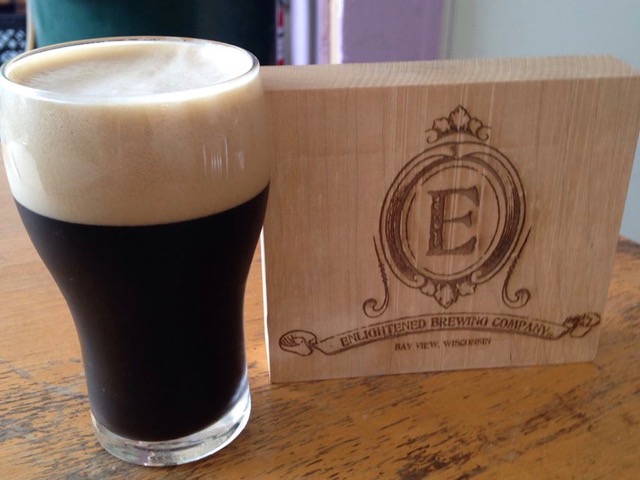 "We like open minded drinkers," says Vandervort. "Thinking people who are open to new ideas."

The brewers at Enlightened also relish the details, a quality which Vandervort says impacts the way they approach their brewing.

"We’re not just riding a trend or making gimmicky beers," he says, "We pay attention to what’s going on in the industry, and we strive to bring creativity to our work. But, we want to be great at what we do, and that comes first."

Larson agrees. "In terms of trying to make beer, we’re approaching it in the the best way we possibly can. We’re not going crazy. We use some interesting, specialty ingredients; but the bottom line is that it’s still a good, solid beer."

The road to Enlightenment

Vandervort’s love for beer began in college, as he worked his way through school bartending for companies like The Lowlands Group and Bartolotta Restaurants.

"I started home brewing in 2010," he says, "My passion and beer geekness was fueled by the work I was doing. And before I knew it, I was putting my beer into kegs and sharing it with friends. I also developed a catalog of recipes pretty quickly."

When it came time to decide what to do with the rest of his life, Vandervort says that brewing just made sense.

He first established the concept of Enlightened Brewing Company in 2013 with the help of business partner Grant Willey. As plans moved forward, Vandervort serendipitously connected with Larson through a mutual friend, Rob Zellermayer of Sugar Maple.

Larson, who also began as a home brewer, had recently graduated with his master’s degree in brewing and distilling from Heriot-Watt University in Scotland and had his sites set on breaking into the brewing business himself. The two bonded over their passions for beer and entrepreneurship; but parted ways as Larson headed to Michigan to complete an internship with Bell’s Brewery.

But, as 2014 came to a close Vandervort and Larson were drawn back together. Willey left the Enlightened business to pursue other interests and Vandervort offered Larson a fifty-fifty partnership.

The two secured space in the Lincoln Warehouse – a hotbed for beverage businesses including Bittercube, Top Note Tonics and Twisted Path Distillery – a location which offered up affordable real estate with the option to start small and grow as needed. Meanwhile, Vandervort traded tending bar for a day job with Cap Tel (a necessity since Wisconsin liquor laws prohibit a brewer from taking income from another entity that holds a retail liquor license), and the two began the one-year journey to gain licensure for the brewery. 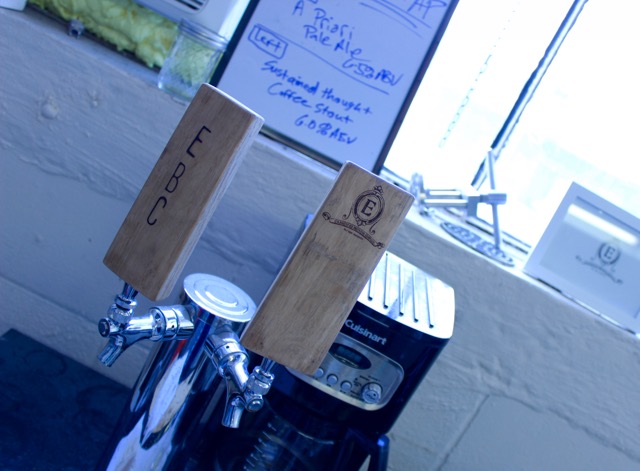 By February 2015, the partners had completed their first Enlightened beer, a saison called The Tempest, which made its way to early accounts including Odd Duck and Sugar Maple.

Less than one year later, Enlightened has developed three year-round brews and monthly seasonals which they hand deliver to approximately 35 bars and restaurants throughout the Milwaukee area – a number that’s likely to grow once the brewery steps up production in spring.

"We’re taking this one step at a time," says Vandervort. "Right now, we’re working with bars and restaurants where we like to drink. And, as we expand, we’ll add to the list."