Today’s the day. The day to get your first taste of Enlightened Brewing Company’s brews in a brand new tasting room, that is.

Since we last reported on the taproom's progress earlier this month, the tiny little brewery -- literally the smallest in the state of Wisconsin -- has successfully gained occupancy for its new first-floor tap room. 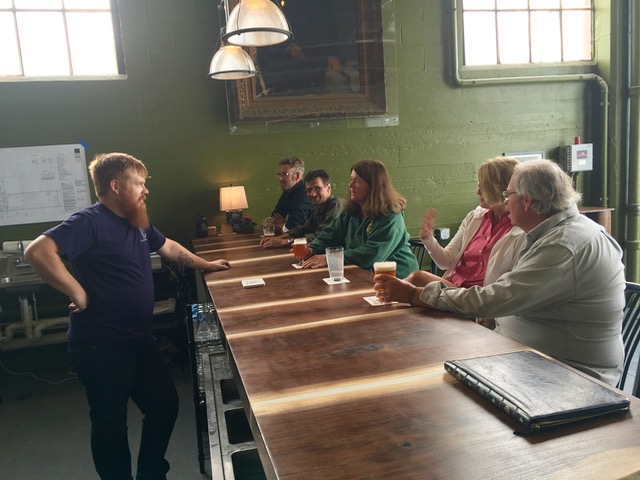 When you visit, you can take a seat at the brewery’s beautiful new black walnut bar or gather with friends at both high and low top tables. Currently, there are four brews on tap: The Human Condition French Saison, The Daily Stipend Pale Wheat, A Priori Pale Ale and Ceres Imperial Summer Ale (priced at $5-6). 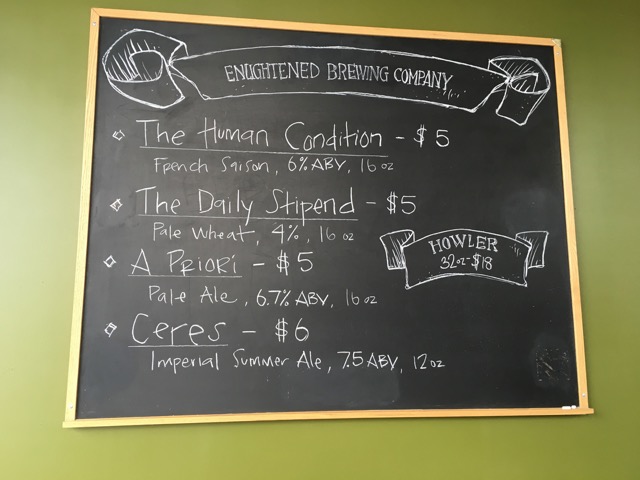 Although the taproom is open, brewing is still taking place in Enlightened Brewing’s second floor space for the time being. However, co-owner James Larson says that the brewery’s new equipment is expected to arrive in the next week, so the partners expect to transition fully into their new digs over next few weeks.

The taproom at Enlightened Brewing Company will be open on Fridays and Saturdays from 3 p.m. to midnight for now, with expanded hours rolling out by the end of August.