Mike Honkamp wasn't willing to sell his beloved business, The Jazz Estate, to just anyone. Although he was ready to focus on new projects, he wanted to find the right buyer - someone who would appreciate the history, niche and potential of the cozy music venue and lounge.

Mike Honkamp wasn’t willing to sell his beloved business, The Jazz Estate, to just anyone. Although he was ready to focus on new projects, he wanted to find the right buyer – someone who would appreciate the history, niche and potential of the cozy music venue and lounge.

John Dye is that guy.

Dye, who owns Bryant’s Cocktail Lounge, says he was open to the idea of operating another nightspot but was not actively looking when Honkamp and longtime Jazz Estate employee and musician Matt Turner approached him.

"It had always been in the back of my mind, but it had to be the right fit," says Dye. "Bryant's is wonderful, but I wanted new adventures and challenges, too."

The Jazz Estate opened in 1977 and served as one of the city’s only East Side jazz venues. In 2000, Honkamp, along with then-business partner Brian Sanders, bought the business.

Honkamp, whose wife Melissa owns and operates Rochambo on Brady Street, serves as president of the East Side Business Improvement District board of directors and works at Dana Investment Advisors as a securities analyst.

When Honkamp – who has been the sole owner for a few years – decided to sell The Estate, he wanted to find someone who would continue to support the jazz community.

"I’m not a jazz missionary, but I love jazz," he says. "And there are so many quality jazz musicians in Milwaukee."

Dye plans to keep much of The Jazz Estate the same, including the name and commitment to live – predominantly jazz – music.

"The Jazz Estate is an institution and I don't plan to make too many changes. I’m definitely going to keep the feel of it, but make some cosmetic changes," says Dye.

The lounge will also expand its cocktail menu with a focus on whiskey- and cognac-based libations.

"The Estate won’t have as many cocktail options as Bryant’s, but there will be quite a few more available," says Dye.

The Estate is currently closed, but Dye plans to reopen in March.

Currently, Dye is in the final phases of financing and licensing, but he does not anticipate any obstacles.

Honkamp is confident Dye is a great fit for The Estate. "John is an established and successful operator who has all the right skills and knowledge to take The Estate to the next level and keep the positive evolution we started in 2000," he says.

Dye purchased Bryant’s in 2008, 70 years after it opened, and will continue to own and operate the business. The Jazz Estate has a similar appeal to Dye.

"The Estate is another piece of Milwaukee history," he says. "It’s really exciting for me to keep the tradition going." 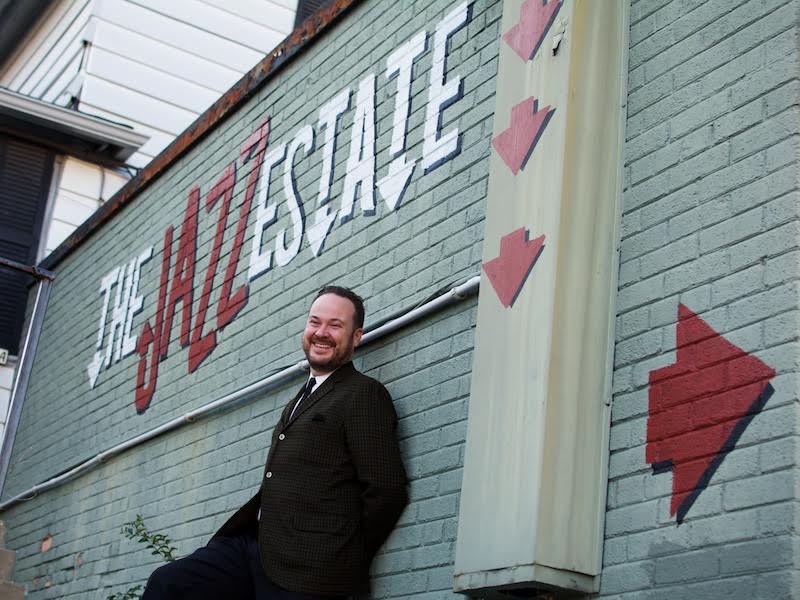