After 3 years, Faklandia Brewing is getting a home in St. Francis

After brewing its beer at home and on other breweries' systems for three years, Faklandia Brewery - launched in July 2016 by Nate Fakler and Ben Mantay - has finally found a home of its own. The two hope to convert a former industrial space at 2525 E. Crawford Ave. in St. Francis into a brewery and taproom by spring.

After brewing its beer at home and on other breweries’ systems for three years, Faklandia Brewery – launched in July 2016 by Nate Fakler and Ben Mantay – has finally found a home of its own.

The two hope to convert a former industrial space at 2525 E. Crawford Ave. in St. Francis into a brewery and taproom by spring.

A Kickstarter campaign to raise $10,000 toward the project has been launched. 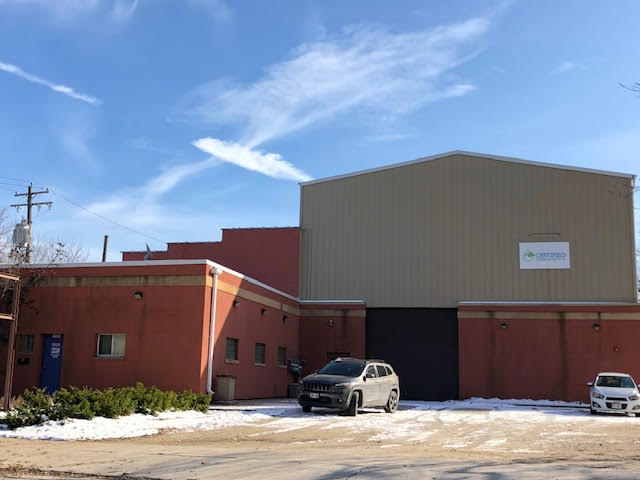 Fakler, worked in a hotel kitchen in California and, later, took part in the Barley to Barrel program at The Crafter Space after getting into homebrewing with his father.

He decided to create an unique "interactive storybook brewery," for which the two are creating an accompanying board game and a geocaching component.

"I am writing a fantasy story that all of the beers are places, people or things in Faklandia," Fakler told me earlier in the year.

"Faklandia is a realm beyond any you have ever known," reads the Kickstarter page. "Vast landscapes of verdant green jungles, arid deserts swirling with sand, and jagged mountain ridges all come together in our liquid landscapes. Characters such as the Lizard Wizard, Princess Salamandra, and the vile Nox Atra come to life in the form of beverages not for the faint of heart. They will become characters you know and love and get to experience through an untouched medium; taste.

"Along with crafting beers that inspire the mind we will be creating an immense story-line that will be ongoing as Faklandia evolves. Each release will comprise of several beers that build on the current story. Come on down to Faklandia, have a beer, and get lost where imagination and reality meet. We are strangely familiar."

The new space, most recently home to Certified Environmental Services, has a multi-story ceiling height with a gantry crane spanning the width of the space. 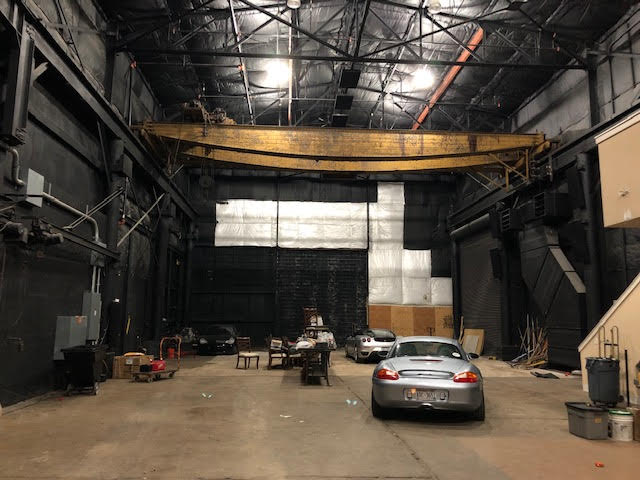 Garage doors open to the front and side of the building where there is ample room for parking and for patio seating. The lot will be paved next summer.

The two plan to have a six-barrel brewing system, fabricated by Colorado Brewing Systems, installed right inside the main entrance, on the left, with a 42-inch wall around it. The brewery will open with 10 fermenters.

The system, says Fakler, is like one he’s brewed on at Stock House in East Tosa.

"It's just a bigger version of it and it's cost-effective financially," he says. "It's very workable. And coming from a homebrew background, it's very, very much like a homebrew system. It's just bigger. It's very, it'll be a very easy transition."

A walk-in cooler will be adjacent to the production area.

The remainder of the space – nearly 3,000 square feet – will be given over to a bar on the right side, with the rest of the room as taproom seating for now, with a stage for live band karaoke in the back corner. 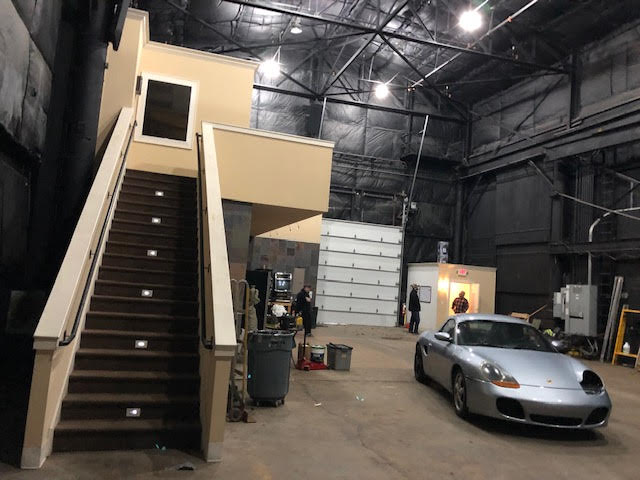 Fakler and Mantay plan to do much of the work – which involves building the half-way, painting the floor and building the bar – themselves, though they will hire a general contractor, too, says Fakler.

While they plan to add a crowler canning system, Faklandia will not initially have a bottling or canning line, says Fakler.

"Not right off the bat," he adds. "We’'ll probably contract some of that out or have a mobile canner (do canning)."

Faklandia will get occupancy of the building on Dec. 1 and hopes to have the brewing system in place by the end of the year.

"If everything goes well with occupancy and the city," says Mantay, "the goal is to start making test batches ASAP.

"As soon as I get the system I'd like to start stock-piling product," adds Fakler. "The problem is if you don't, then you run out of beer.

"I would like to have 12 taps open right away. I can probably get away with six to eight for sure. Twelve would be like magic, happy Christmas land."

Fakler and Mantay hope to be open by early spring.

"We want our grand opening to at least have been held by April," says Manyay. "But we'll absolutely have had some soft launches by then. Family, friends. Dry runs.

"Our friends and family have had our beer for two years now. They know it's supposed to taste like."

The news of Faklandia’s new location follows quickly on the heels of news that St. Francis Brewing, just around the corner, was closing.

That news came as a surprise to them.

"We actually had the lease signed prior to that," says Mantay.

"We wanted it there," says Fakler.

""We thought they’d eat over there and then come over here for the beer," says Mantay.

But they’re not worried about being alone in this spot, either.

"The city is trying to make a downtown St. Francis and they're kind of starting it right here," says Fakler. "They just bought the laundromat (around the corner)."

"And it doesn't suck to be the only brewery within five miles of anywhere," adds Mantay. "And so we're the destination, right? We're eight minutes from Downtown and Oak Creek, (plus) Bay View. We're in a very good spot."

"Right off Kinnickinnic, a mile from the beach," adds Fakler. "You can't beat the location and St. Francis is fantastic. They're being great to us."

If Yuengling is coming to Wisconsin, will we still crave it?

From craft beer to Aldi brews, Wisconsin's Octopi does it all & more