Longtime Milwaukee restaurateur and chef, Michael Feker, is set to appear on the Food Network's "Cutthroat Kitchen." And, if he wins, he says he'll use the prize money for a very special community project.

Longtime Milwaukee restaurateur and chef, Michael Feker – chef and owner of Il Mito in Wauwatosa and Zesti in Hartland – is set to appear on the Food Network’s "Cutthroat Kitchen."

The show, which will air on Sunday, December 27 at 9 p.m., will feature four contestants, each competing against the others – using wit, creativity and sometimes sabotage – to outperform his or her opponents and secure a prize of up to $25,000.

Feker says he’s excited to participate in the competition, and is determined to do his best to attain a singular goal: helping some of the most forgotten members of the Milwaukee community. In fact, he has announced that, should he win the competition, he’ll use the funds to start C.H.E.F., a 501c3 that focuses on American veterans.

Feker says the nonprofit will focus on social entrepreneurship, providing training in a variety of aspects of restaurant operations (including management, culinary arts, kitchen hygiene and food safety), with the goal of equipping former veterans with skills that will allow them to achieve their dreams.

But, before he can bring home the money, Feker will have to navigate the many twists and turns of "Cutthroat Kitchen," a show which is as much a game show as cooking show, and during which the best chef doesn’t always win. 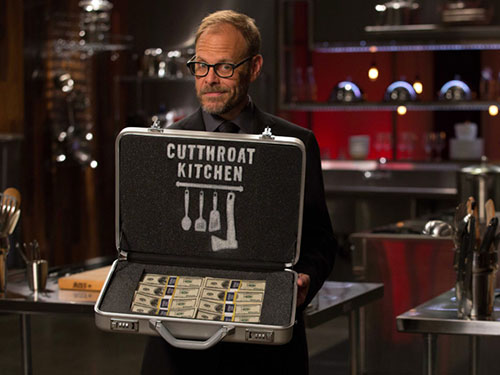 He'll need to pass through three elimination rounds, each of which begins with a frantic 60-second search for the right ingredients to prepare relatively simple meals. However, things begin to go very, very awry when here things go awry soon thereafter as Host Alton Brown hosts an auction during which contestants can acquire obscure ingredients that can be used to sabotage the other contestants (or give themselves distinct advantages).

"I want to use our platform and bring our vets that are so under-appreciated to the forefront of the hospitality industry by teaching them the necessary skills," says Feker. "I believe that when we are at our very best, we are teachers." notes Feker. "After all, the whole success of my restaurant business has always been based on the interest of the community."