Today, I spent a little time with architect Craig Eide and Fernwood Montessori School principal John Sanchez touring the Bay View public school's new addition, which is expected to be complete by mid-July, for a Sept. 1 first day of school.

By last summer, the work on the new 21,566-square foot addition, with eight classrooms, a gym, an entry atrium and more, was underway. In December, I posted a progress report.

Today, I spent a little time with architect Craig Eide and school principal John Sanchez touring the new building, which is expected to be complete by mid-July, with furniture arriving in August, for a Sept. 1 first day of school.

The project – estimated to cost $9.6 million – also includes an elevator, making the 1920s building completely ADA accessible for the first time. Modifications to accommodate the elevator will shrink four classrooms, which will be transformed into other useful spaces (such as special education rooms and the like).

Other work in the existing building will expand the cafeteria – which has traditionally done double duty as a gym, too – move the library, create a community room and turn the former library back into a classroom space to accommodate what Sanchez says will be an enrollment of nearly 750 students (up from about 720 this past year).

A couple of the new classrooms won't be used this first year, but Sanchez says growth at the adolescent level will fill one of the rooms next year and the other the year after. The school, which has been rated by the state as "exceeding expectations" for a number of years, is one of the most sought-after in the district.

Ground was broken earlier this month on a more modest, five-room addition at MPS' Maryland Avenue Montessori School, another school that exceeded expectations on last year's state report card, on the East Side. Work is underway at the site and expected to be completed in time for the start of the 2017-18 academic year.

Here are some photos of the work at Fernwood, taken today...

Cafeteria expansion. New piers will support space created above for a library and community room 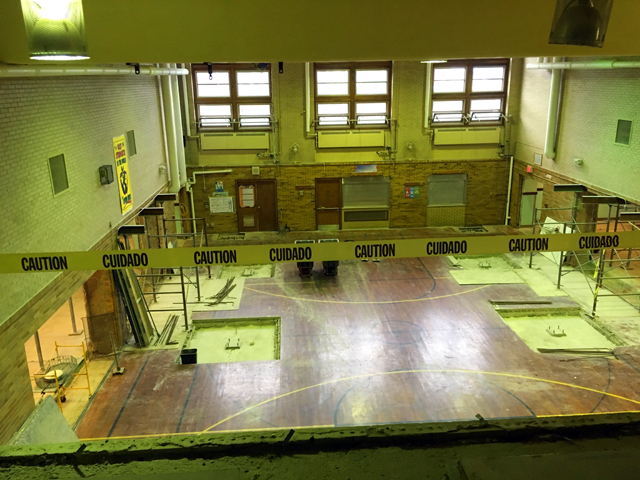 The courtyard is a great feature 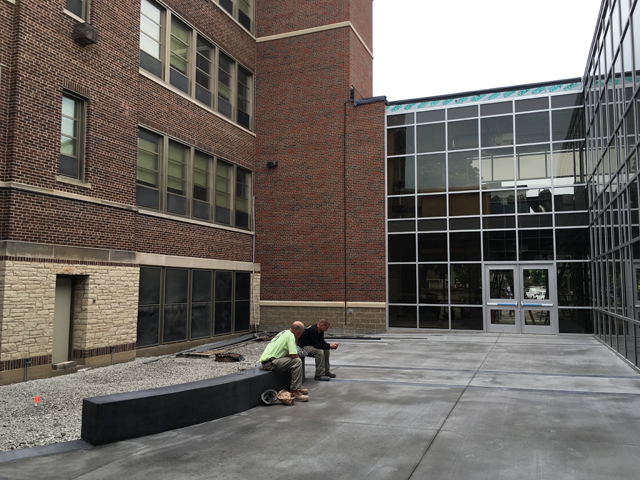 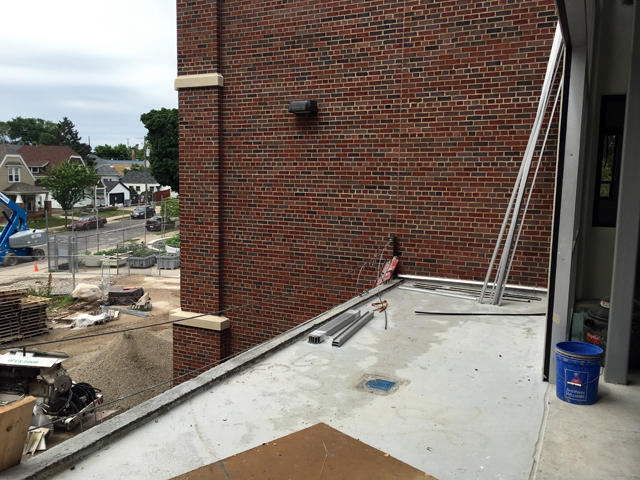 Fernwood is getting a new gym. Parents raised funds to buy the scoreboard on the wall 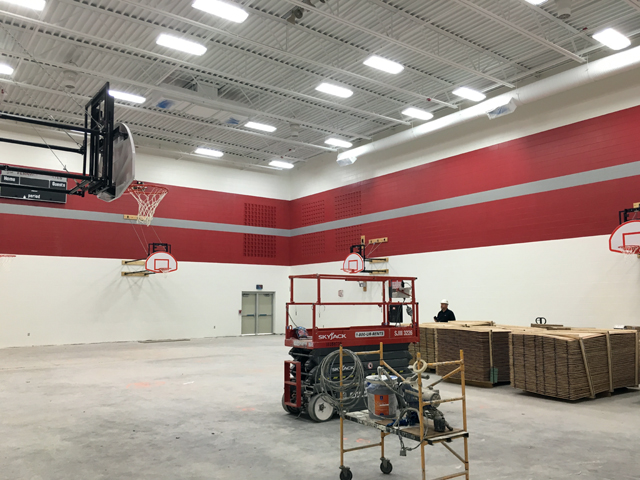 This third-grade maple (known as lower el maple in Fernwood lingo ... sorry, Montessori joke) is destined for the gym floor 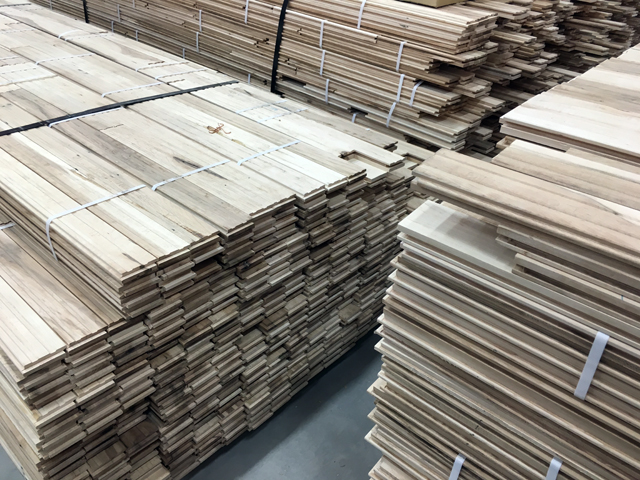 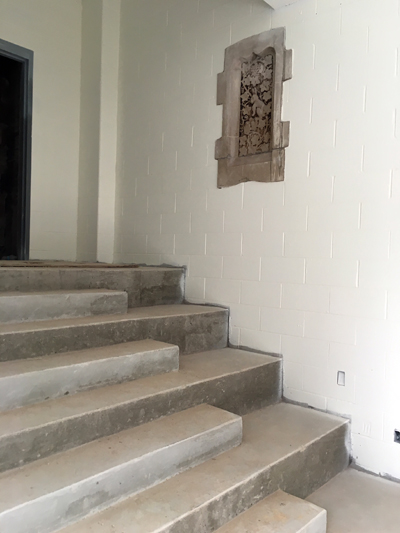 Plans posted in the hallways explain the work to the school community. Sanchez says kids have been mostly unfazed by the work, but love to watch the workers during recess 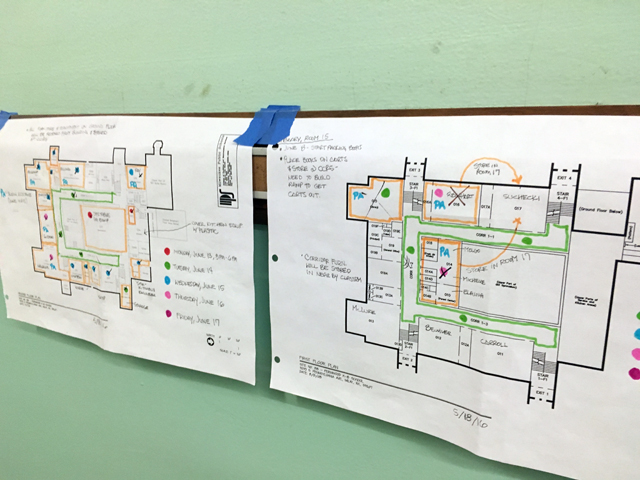 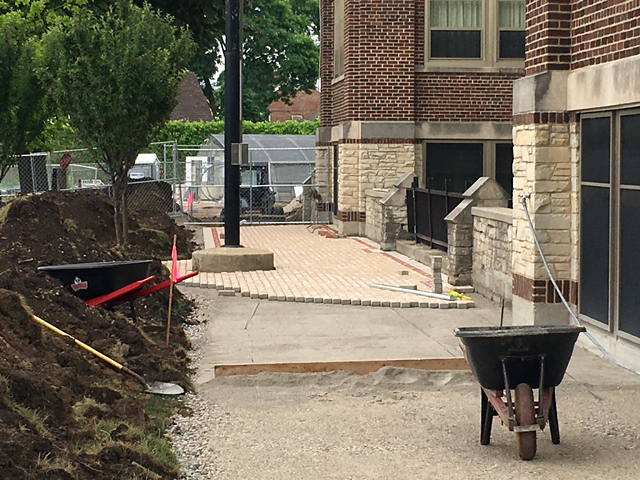 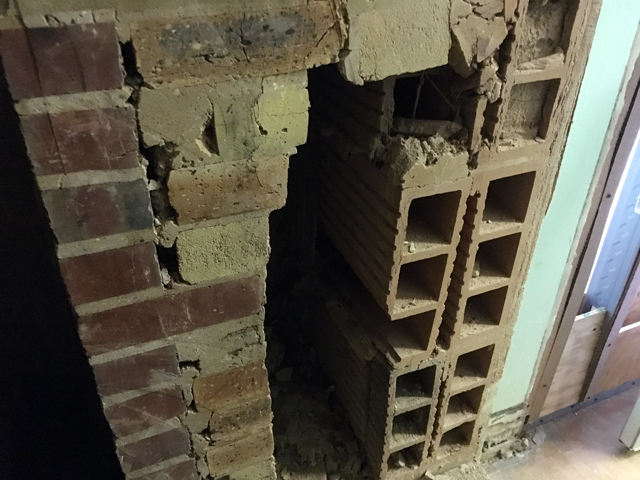