Gorman converted the former MPS school – designed by Herman P. Schnetzky and built in 1888 – into 48 apartments, 40 of which were leased as of late last week.

Tenants are set to begin moving in this week.

According to Gorman's Ted Matkom, the opening was delayed by a couple months, in part due to issues with the installation of a new elevator.

The former elementary school – which had most recently been called Isaac Coggs, which closed in 2007 – was handed over to the city and for a few years and housed the MLK Heritage Health Center. 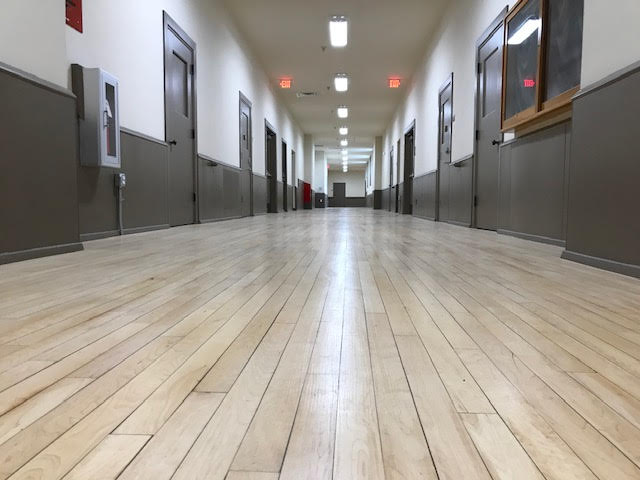 In addition to the mixed rate apartments, which are available in studio and one- and two-bedroom units, the building includes a laundry room, fitness center, business lounge, storage lockers built into the giant walk-in attic and a large community space in the former third-floor gym. The building is pet-friendly and there is on-site parking, too. 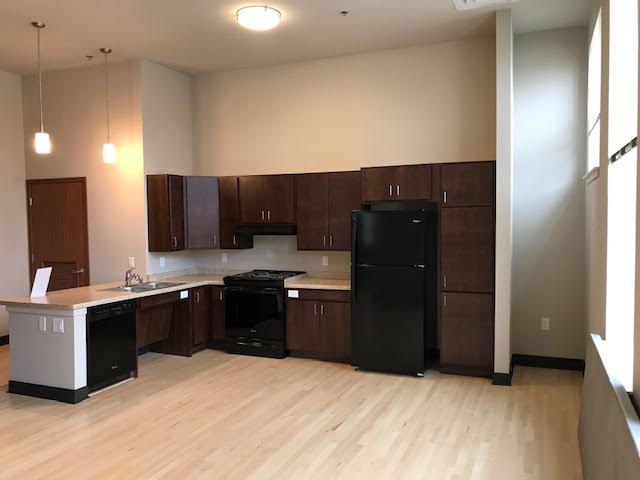 Rents range from $310 to $1,000, and the apartments are available to those 55 and older and also includes integrated supportive housing for low-income veterans thanks to a partnership with Lutheran Social Services.

The long corridors of the former school are currently bare, but Matkom says a major art project -- much like the one Gorman included in a similar transformation of the former Jackie Robinson Middle/Peckham Junior High School a few years ago -- will be announced soon, with installation to follow. 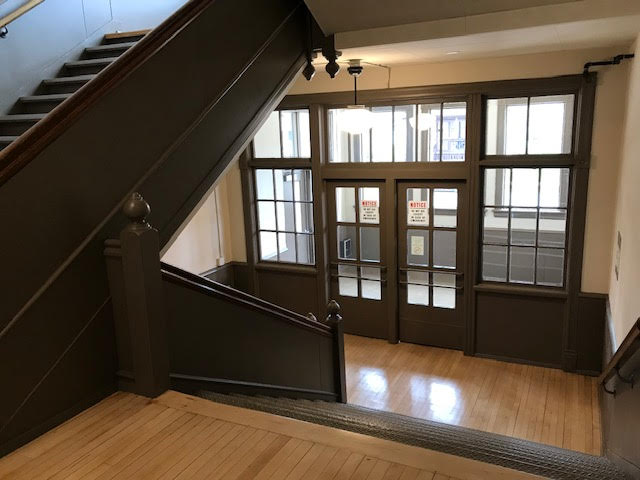 The beautiful schoolhouse looks quite good, with its new paint outside and the gorgeous refinished floors inside. I was happy to see the gym is cleaned up but basically unchanged except for the addition of a modern kitchen area, which doesn't detract, but enhances, the space.

The apartments are bright, thanks to abundant windows, and the storage lockers built into the attic allow for peeks at some of the rafters, some of which still have old graffiti.

Most of the old staircases, gently concaved by decades of little feet, also remain in place.

The day I visited, I chatted with a prospective tenant, who was getting a tour.

"I went here for kindergarten and first grade," she said. And now she's going to live in her former school?

More information on the Fifth Street School, along with links to other articles about the building, can be found here.

Gorman is also working on a renovation of the former McKinley School on 20th and Vliet and a public meeting will be held to discuss that project at 6 p.m. Tuesday, Oct. 30, in the community room at Highland Gardens, 1273 N. 17th St.

You can read other recent news about the conversions of former schools into apartments and hotels here.

"It's great what's happening with these old buildings," Matkom says. "This is a perfect use for them."