A peek at 1840 Brewing Company, which opens this weekend in Bay View

Bay View's newest brewery, 1840 Brewing Company, opens to the public this weekend. And the beer promises to be like none other in the city. Self-described as an urban farmhouse brewery, 1840 approaches its beer with an Old World attitude and a New World model.

Bay View’s newest brewery, 1840 Brewing Company, opens to the public this weekend at 342 E. Ward St. in Bay View. And the beer promises to be like none other in the city.

Vetter, a Mequon native, began home-brewing while attending college in Durango, Colorado, and working at Ska Brewing, a job which provided his introduction to the brewing industry.

"At the time the beer scene in Colorado was already great," he says. "And Durango had more breweries per capita than any other city in the state. There were a ton of different beers on the shelf and different breweries to try. I loved the scene. Loved all the flavors. Thankfully my first batch turned out pretty good. And like most people whose first batch turns out, I thought: ‘I’m going to start a brewery someday.’"

Now, 15 years later, Vetter is bringing that dream to fruition. 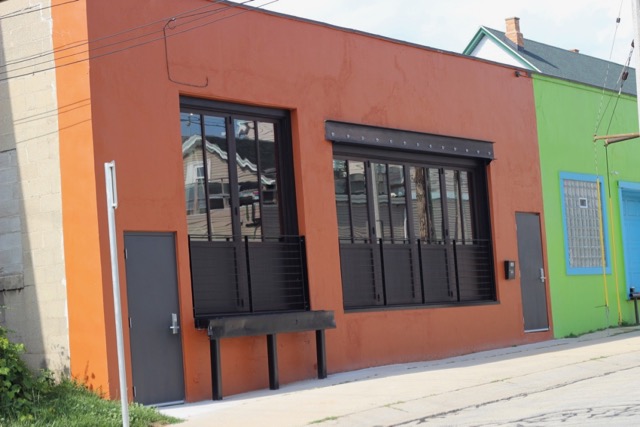 The brewery, which Vetter describes as an "urban farmhouse brewery," relies on Old World techniques – including blending and barrel aging – to create a variety of unique beers with varying flavor profiles.

"We look back in time to when beer was being brewed on the farm," says Vetter. "It was about what was available, and it was very different from place to place and season to season. We really wanted the flexibility to play around and create beers that were different from anything currently on the market."

Vetter says he gained expertise in the aging process during his time at Aspen Brewing. During his four years with the brewery, he saw their production grow from 1,000 to roughly 6,000 barrels per year. He also helped them to develop a barrel aging program. During that time, he says he learned a great deal about both French and Belgian styles, as well as the aging process itself. 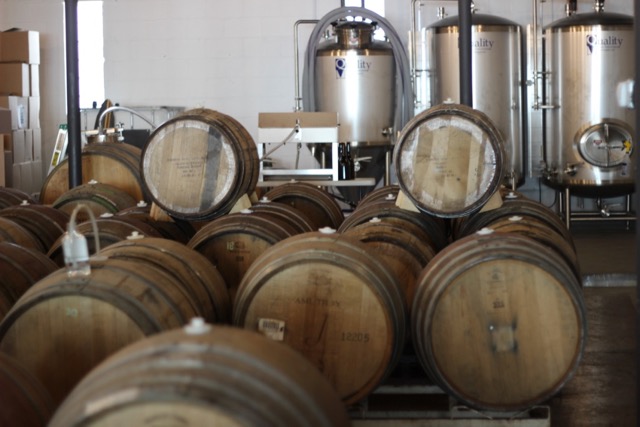 Interestingly, no beer is actually brewed at 1840. Instead, Vetter takes advantage of a gypsy brewing approach, paying area brewers to create wort (unfermented beer) using his recipes. The wort is then transported back to 1840 Brewing, where it is aged and blended.

Vetter says that so far he’s worked with a number of breweries, including Third Space, Explorium and Company Brewing. He also has a collaboration in the works with Like Minds Brewing.

"In some cases, I’m also going to be taking some of the wort from one of the brewery’s own beers and aging it," he says. "And that will be exciting … both to experiment with their beers to see what kinds of flavor profiles we get, as well as giving them an outlet for producing a wild or sour beer."

Vetter notes that flexibility is part of the process when dealing with blending and aging brews. Take for example 1840 Brewing’s Little Daisies, a saison brewed at Third Space Brewing Company.

"I fermented a portion of it in wine barrels," says Vetter. "But, I also fermented a portion in stainless steel, with the goal of barrel aging it later. Interestingly, I liked it so much the way it was that I ended up buying the equipment to force carbonate and bottle it. It’s that creative process and sense of experimentation that really makes this exciting and interesting." 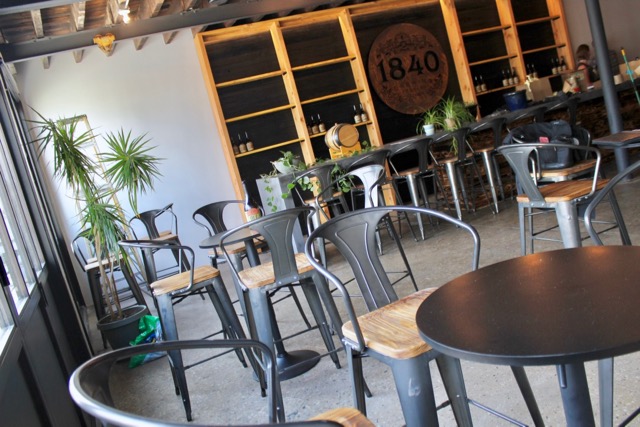 The taproom model for 1840 Brewing is also unique. Currently, the taproom – which accommodates roughly 80, with seating for about 30 – will be open to the public just one day per month, on the second Saturday of the month, from 11 a.m. to 7 p.m. During that time, beer will be available by the glass or bottle, with a limited number of bottles available to be purchased and taken home.

However, a VIP membership program will provide multiple perks as well as additional access to the brewery on a monthly basis.

Here’s how the membership program works, in a nutshell. Individuals can purchase a membership, which costs $175 per year or $200 for an individual member who wishes to bring one guest to the brewery during monthly taproom hours.

VIP members choose the day of the month on which they’d like their special members-only brewery access (either the second Friday of the month from 5 to 8 p.m. or the second Sunday of the month from 10 a.m. to 1 p.m.). From there, members are entitled to $1 off glasses of beer consumed at the brewery. They also receive first dibs on every beer produced, as well as higher allotments on bottled beer that can be purchased each month.

"Currently, we’re using the membership program to reinvest each month in the brewery," says Vetter. "That allows us to build up our beer cellar so we can be open more often. In a year, we’re hoping to be able to be open once a week." 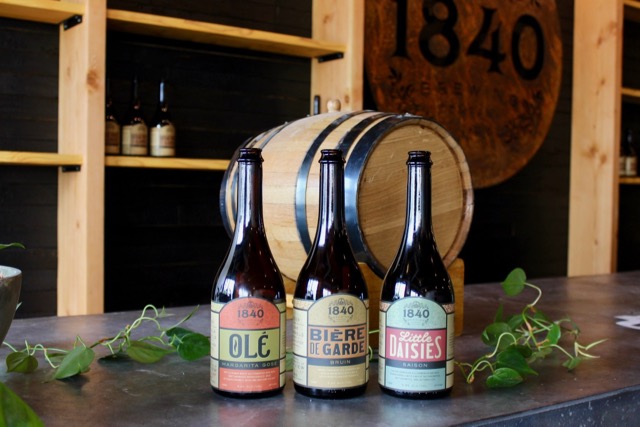 Moving forward, Vetter says he’s particularly excited to release of a number of sour beers, one of which could be out as soon as this fall, and another that is still a year out.

"I have beers that no one will see for another 12 months," he says. "And that’s exciting for me. Knowing it’s progressing, and moving on its way, is really fantastic."

The Vetters are also excited about the community enabled by the brewery and its membership.

"When we moved to Milwaukee, the thought of breaking into a new community, making new friends and really helping to contribute to the beer community in Milwaukee was an exciting prospect," Stephanie comments.

And Kyle finishes her thought. "Beer is community," he remarks. "And this model means we really have created our own little community. We really hope people will visit, meet other people and really bond while they’re here. That’s what it’s all about."

More information about the brewery, as well as memberships, can be found online at 1840brewing.com.