Your luck is about to change: Lucky Camp opens today & it's magical

We let you in on the secret early this month ... but beginning today, you can officially get lucky.

It is not a secret after three people know it. –Irish proverb

We let you in on the secret early this month … but beginning today, you can officially get lucky.

Through March 31, the bar at 131 N. Jackson St. – formerly known as Santa Camp – has officially traded out its dancing Santas for sláinte and the frigid North Pole for the enchantment of Ireland. 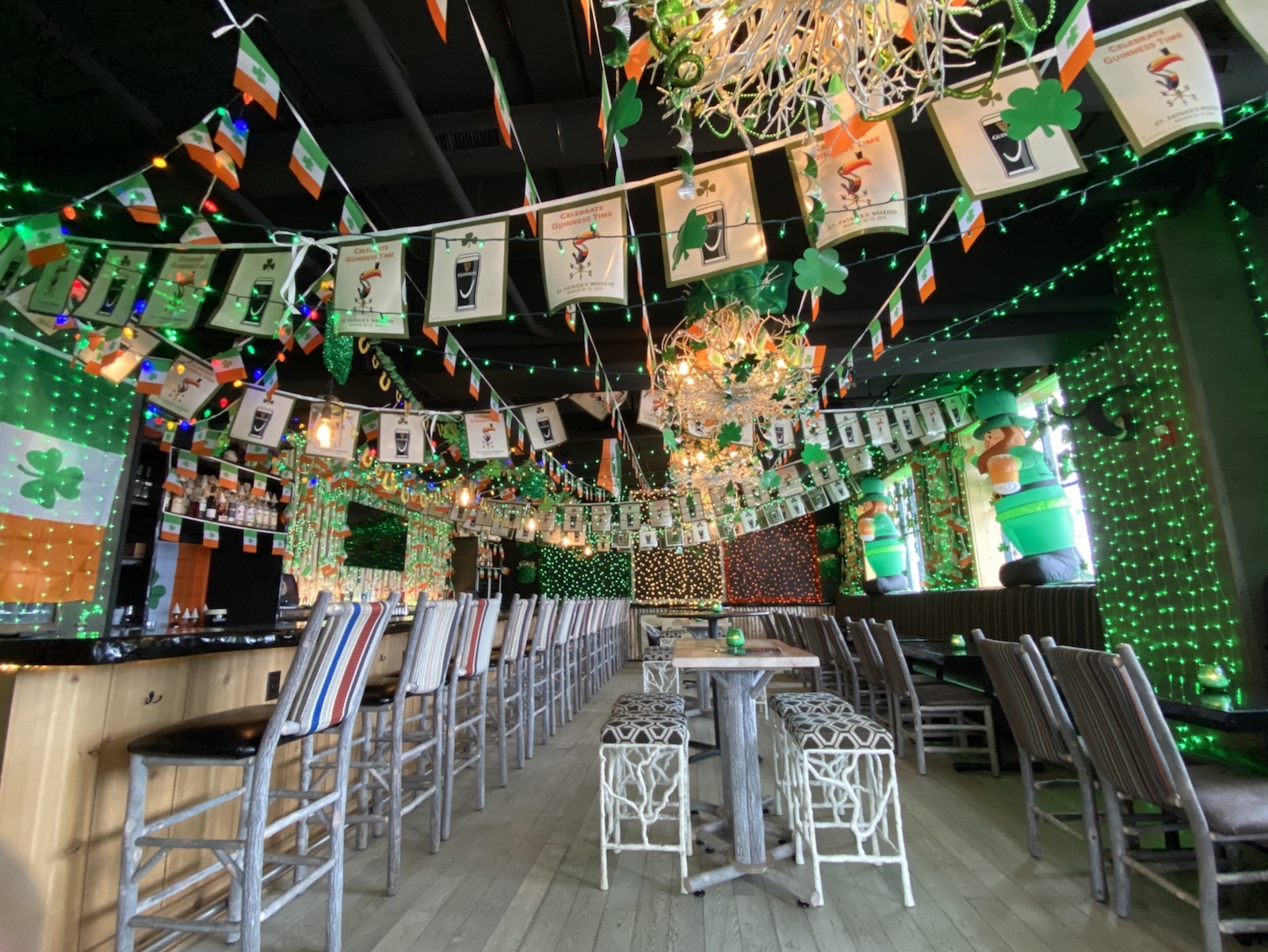 The room glistens with twinkling lights and metallic fringes. Chandeliers are hung with enchanting garb. And Irish flags ensure there's plenty of luck o' the Irish to go around. 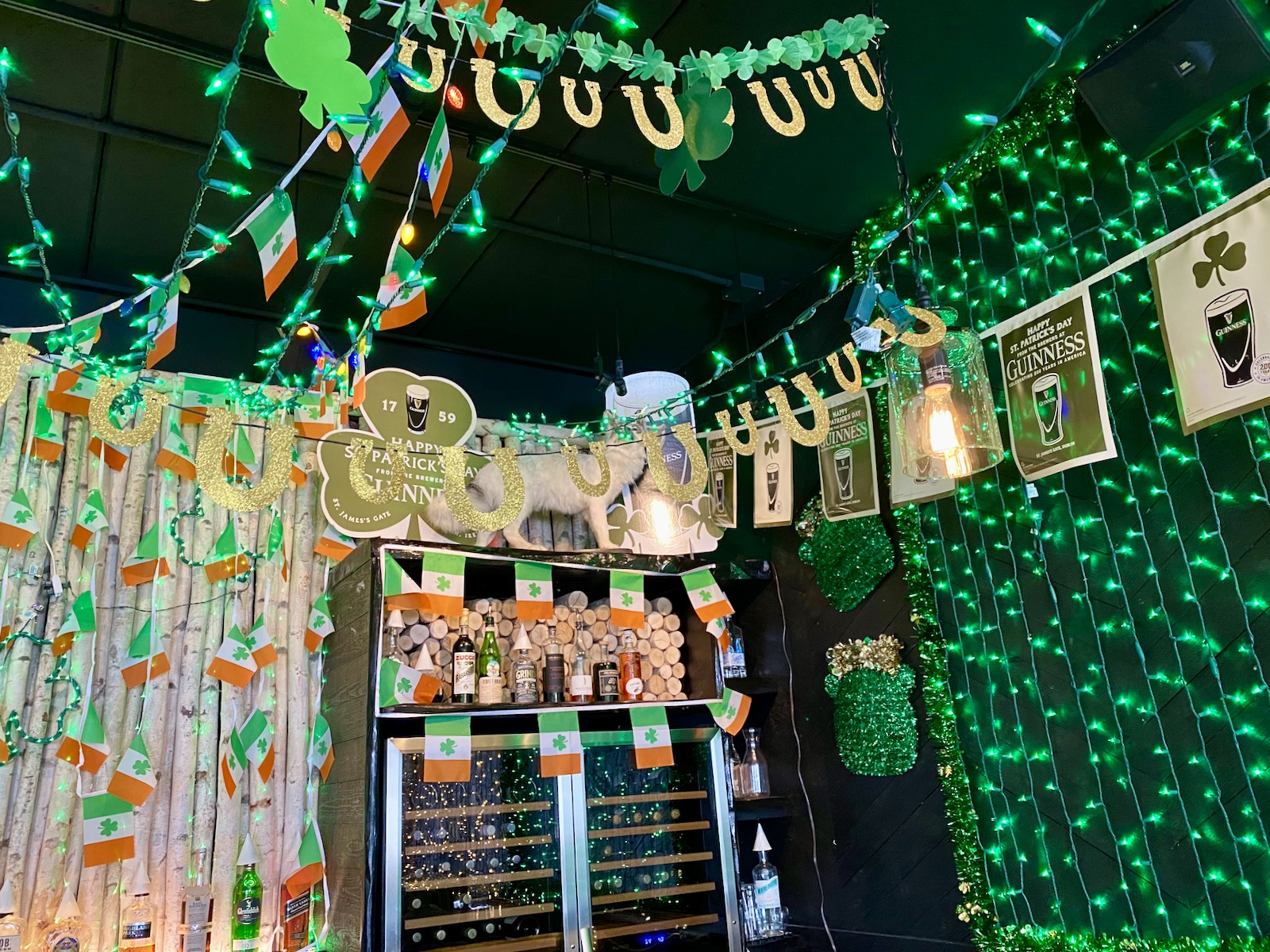 Look closely and find rainbows to follow and hanging horseshoes which pour down a liberal dose of luck upon everyone below. You’ll also find a line of lusty leprechauns, ready to declare a toast to health, wealth and wisdom. 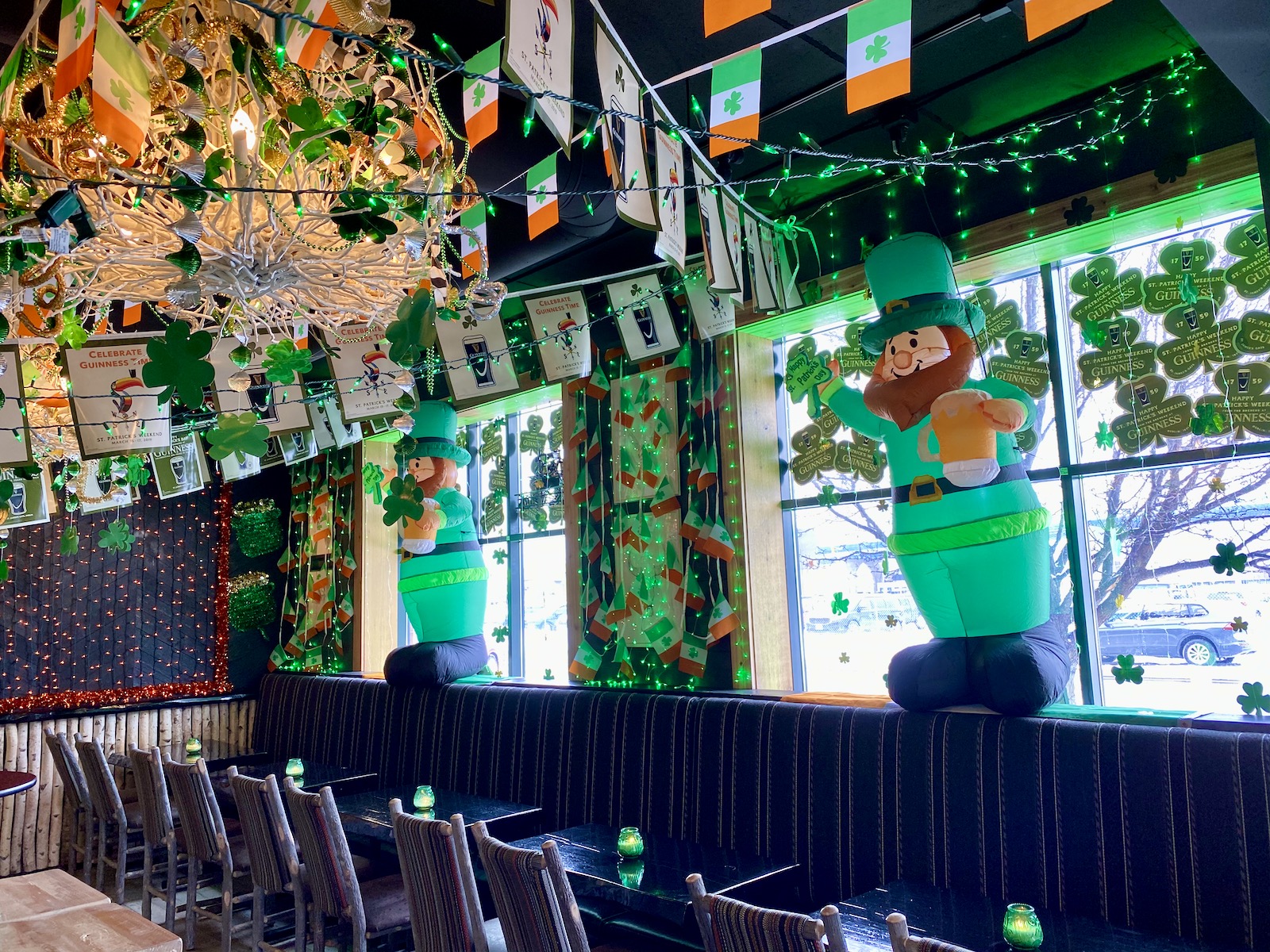 Don't forget to take a selfie with this little guy. He's a sweet one. 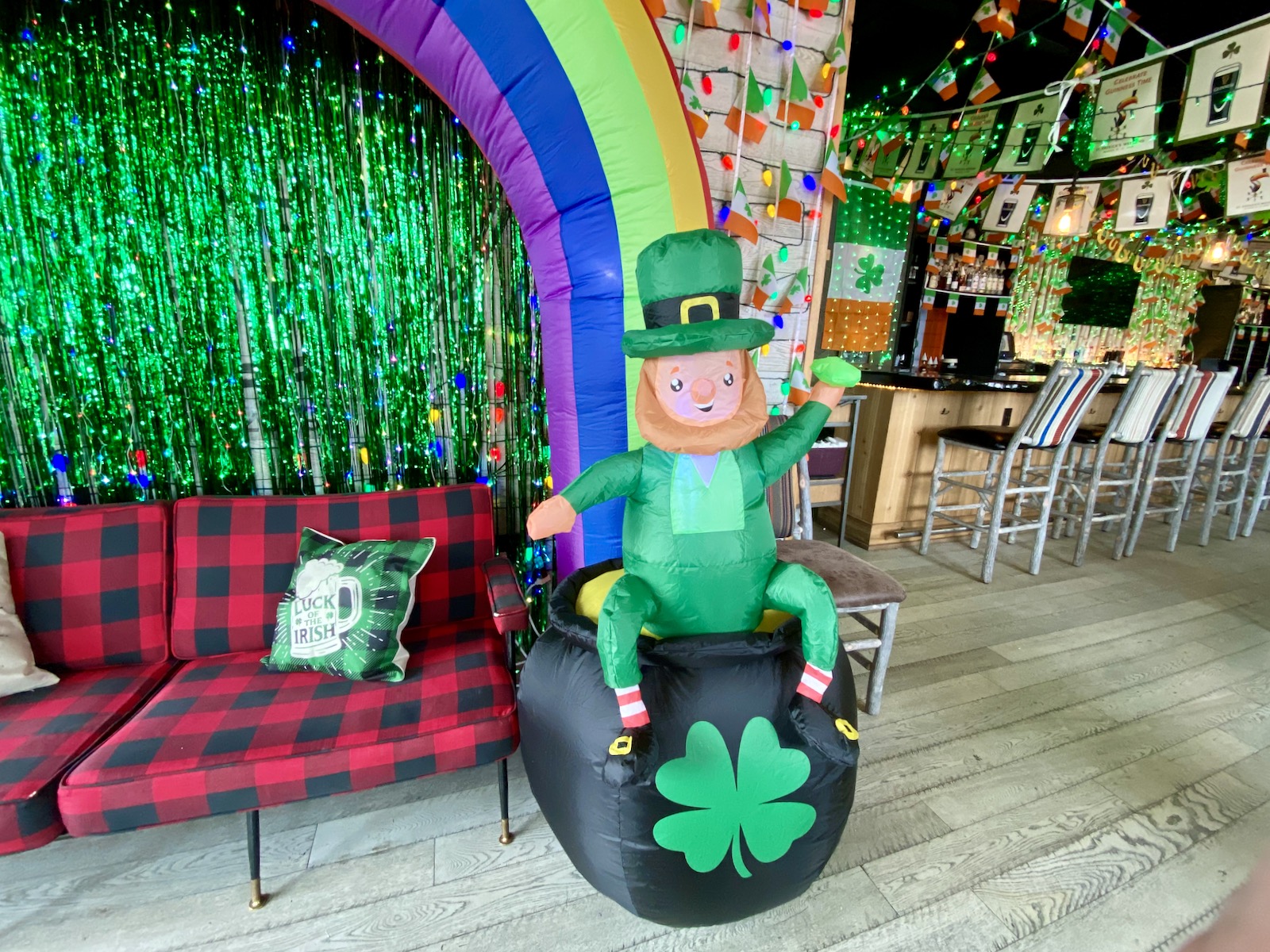 And yes, there will be plenty to drink. The Lucky Camp menu is filled with fun choices – from pints o’ Guinness to enchanted cocktails. Partake in an Irish Mule made with Tullamore Dew, a Four Leaf Spritzer or a Pot O’ Gold martini with Tito’s vodka, ginger liqueur, apple schnapps and lime. 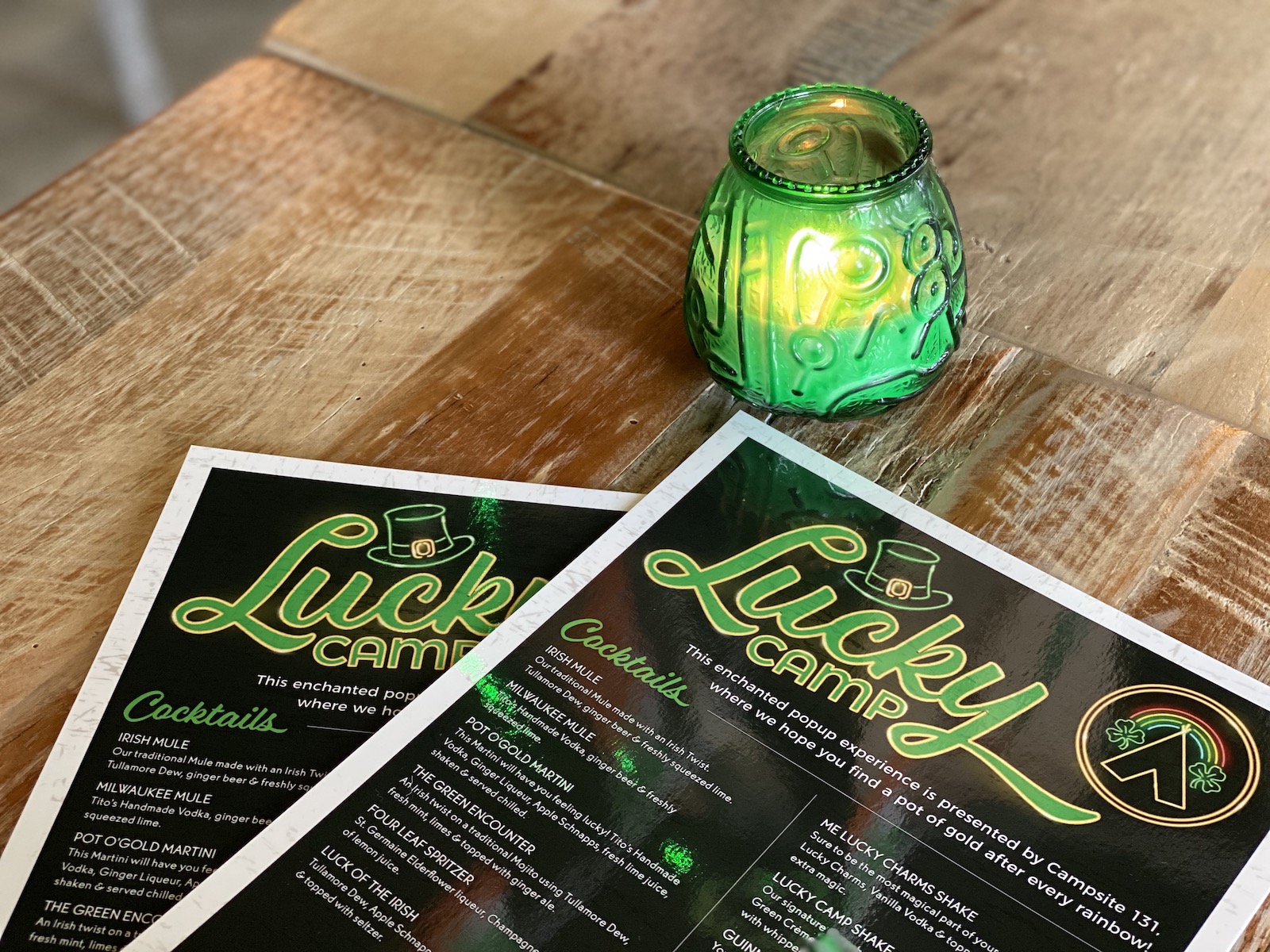 If something sweet is more your style, you'll also find a selection of ice cream drinks including the Me Lucky Charms Shake, which mixes up the magic with vanilla vodka, ice cream, lucky charms and a topping of extra magic.

You can also toast to your turn of luck with Lucky Shooters, including a Shamrocked Shooter with chilled Tully and melon liqueur, shaken and topped with Irish Cream or the PB&G featuring a can o’Guinness with a shot of Skrewball Peanut Butter Whiskey. 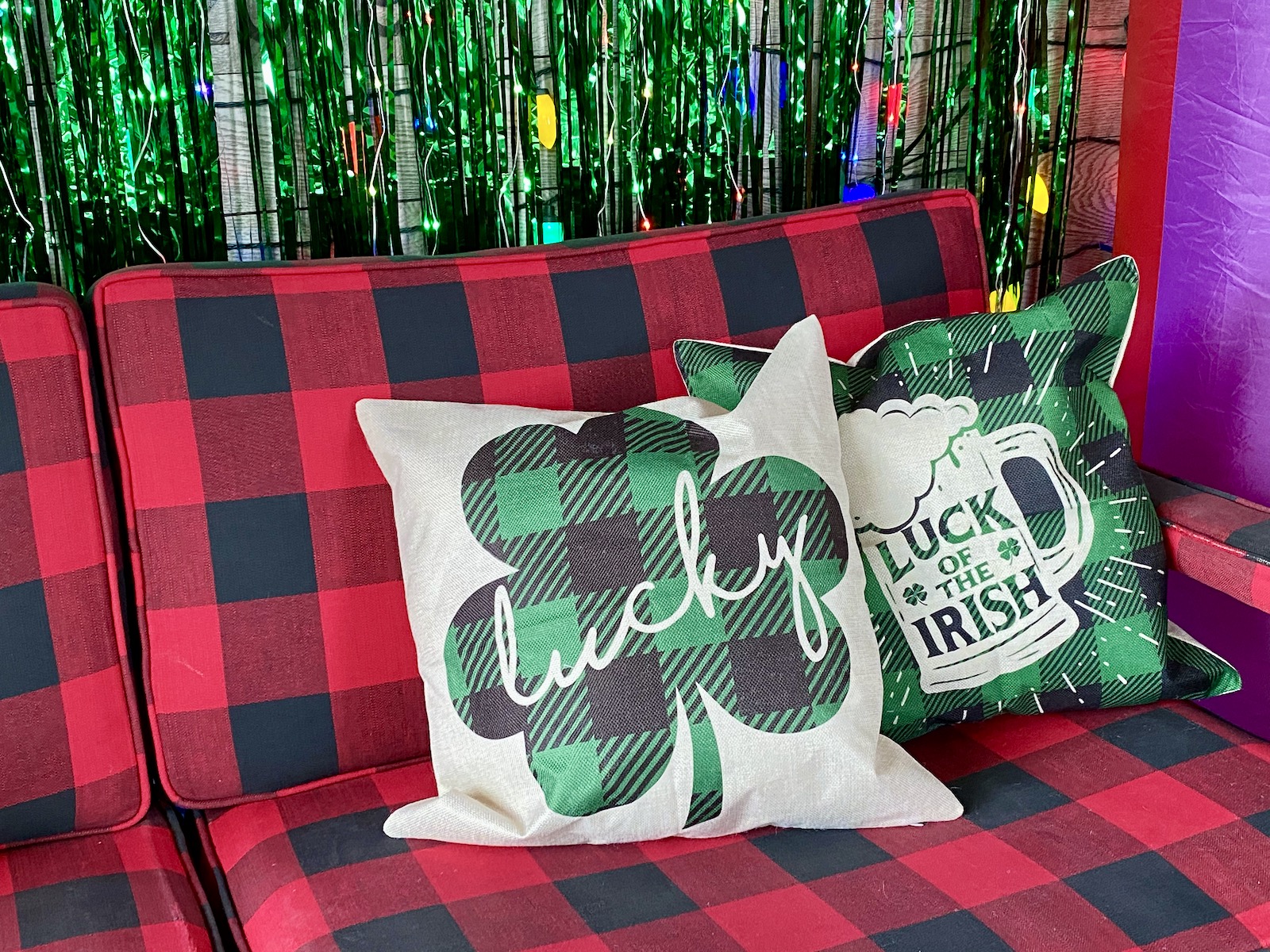 There might also be a pot of gold waiting at the end of your rainbow if you capture your best Instagram moment at Lucky Camp and share it with the world.

Every week during the month of March, Lucky Camp and OnMilwaukee will be giving away a prize package featuring Irish fest tickets plus products and swag from your favorite Irish beer and spirits brands.

To enter, share your favorite Lucky Camp photos online. Be sure to tag @OnMilwaukee and @Campsite131 using the following hashtags: #doitforthegram #campyholidays

Kiss him, he’s Irish. 🍀 Lucky Camp at @campsite131 opens tomorrow. Make sure to chase those rainbows and check it out through the end of March. 💚 #campyholidays #onmilwaukeelife #stpatricksday #green #doitforthegram

So grab your gal pals … or your sweetie and head to Lucky Camp. It’s just a hop, skip and jump from the end of the rainbow.

Beginning Feb. 14, Lucky Camp will be open Wednesday and Thursday evenings from 4 p.m. to close, Friday from 3 p.m. to close and Saturday from noon to close.

Get your coffee, Dough Boys & more at Confectionately Yours Cafe

Take a look inside The Bridgewater Modern Grill, which opens next week

What to eggs-pect: Here Chicky Chicky softly opens on Monday in Brookfield