Boo Boo's, a new sandwich shop in Walker's Point, opens this week. And we headed over to take a look at the newly refreshed space, as well as a few of the new menu items, which include a variety of hot and cold sandwiches and soup.

After a soft opening late last week, Boo Boo's sandwich shop officially opens to the public on Monday at 11 a.m.

The shop, located in the former Philly Way at 405 S. 2nd St. is owned by Richard Regner, who also owns Soup Bros. right around the corner on Florida Street. It's managed by longtime Soup Bros. employee, David Hernandez. 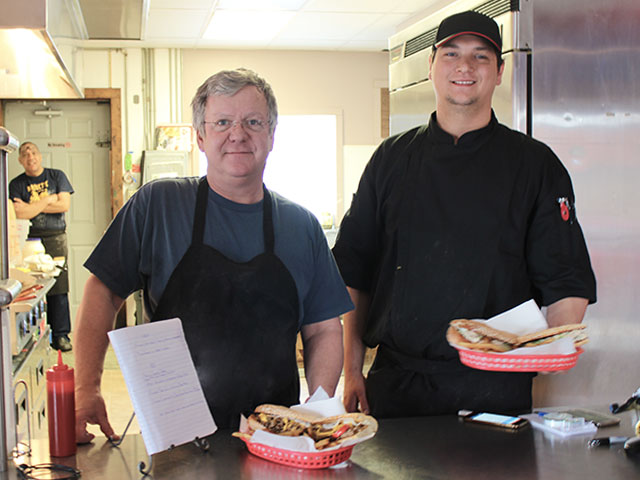 The space itself has gotten a facelift. The kitchen, which you can see from the ordering counter, has been updated. 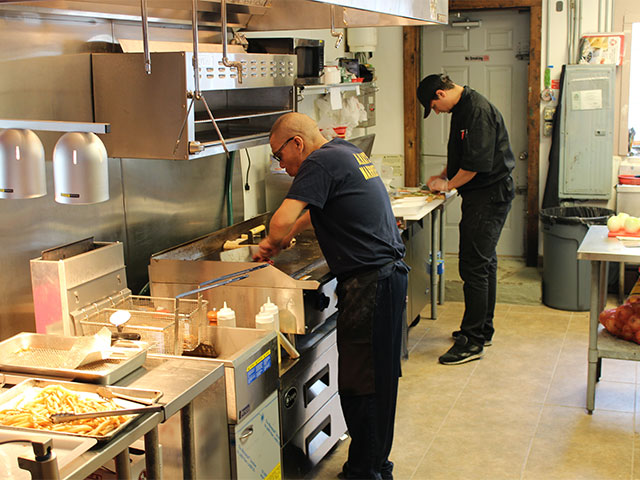 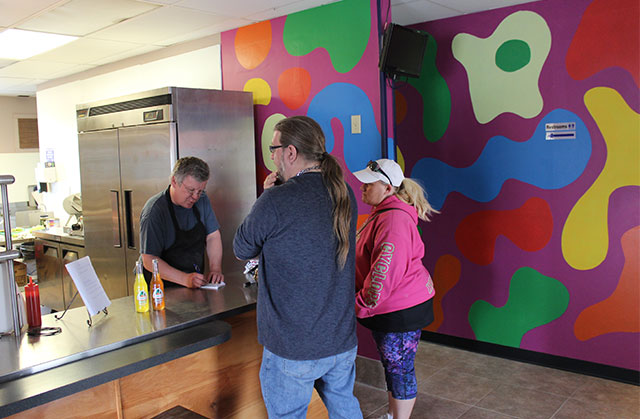 There's counter seating for four or five people overlooking the kitchen, as well as seating for about 15 inside the restaurant's four-season patio space, which features bright yellow, green and blue painted brick, decoratively etched concrete floors and an electric fireplace with a facade of repurposed brick from Downtown Milwaukee buildings. 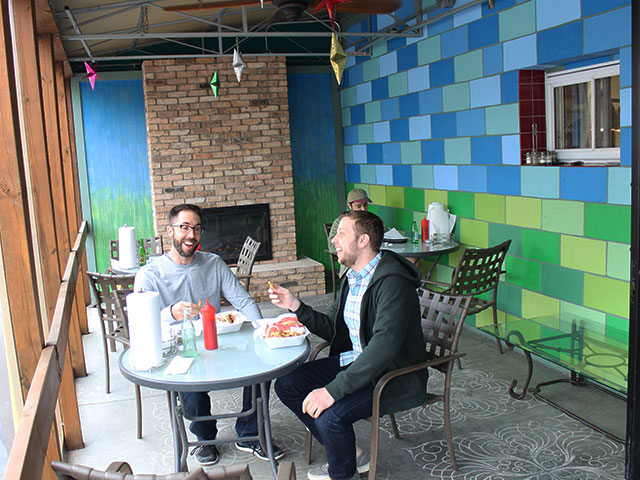 Boo Boo's offers both hot and cold sandwiches, including options like turkey, salami, bologna with mustard and pickled vegetables, and grilled liverwurst with onion and mustard.

Tuna salad is a flavorful mix of tuna, mayonnaise and a bit of soy along with celery, cucumbers and capers. 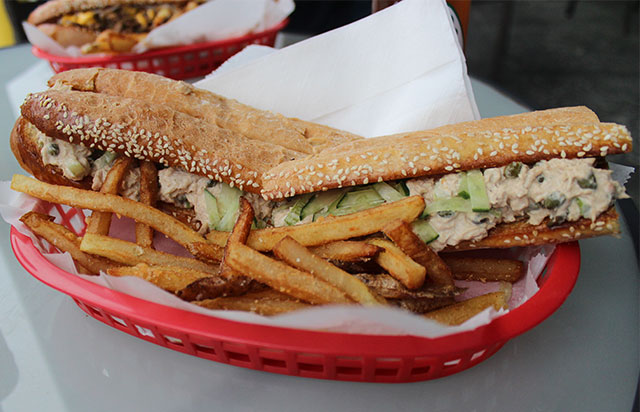 There's also a "Milwaukee cheese steak" (pictured above) with chopped steak, peppers, mushrooms, onions and cheese. All options are priced at between $8 and $9, which includes hand-cut fries. Vegetable based soups will also be available, as well as a variety of beverages including San Pellegrino and a variety of Jarritos soft drinks, in flavors like tamarind, mandarin orange and pineapple.

Beginning Monday, Boo Boo's will be open Monday through Saturday from 11 a.m. to 7 p.m.