First look: Horlick Malted Milk site about to be developed in Racine

A couple weeks ago, Milwaukee developer Josh Jeffers announced an ambitious plan to turn the sprawling former Horlick Malted Milk plant in Racine into a "town square,â with residential, commercial and retail developments. We went over for a closer look.

A couple weeks ago, Milwaukee developer Josh Jeffers announced an ambitious plan to turn the sprawling former Horlick Malted Milk plant in Racine into a "town square," with residential, commercial and retail developments.

Beginning in 1875, English immigrant brothers William and James Horlick started manufacturing malted milk powder – for which they held the patent – in Racine.

Though Horlick’s operations ended here in 1975, many buildings built on the 18-acre Northwestern Avenue site between 1885 and 1926 survive.

Jeffers owns nine of the 14 buildings and has contracts on others, and plans to start work this month on the $100 million plan to convert them with the assistance of federal and state historic tax credits. 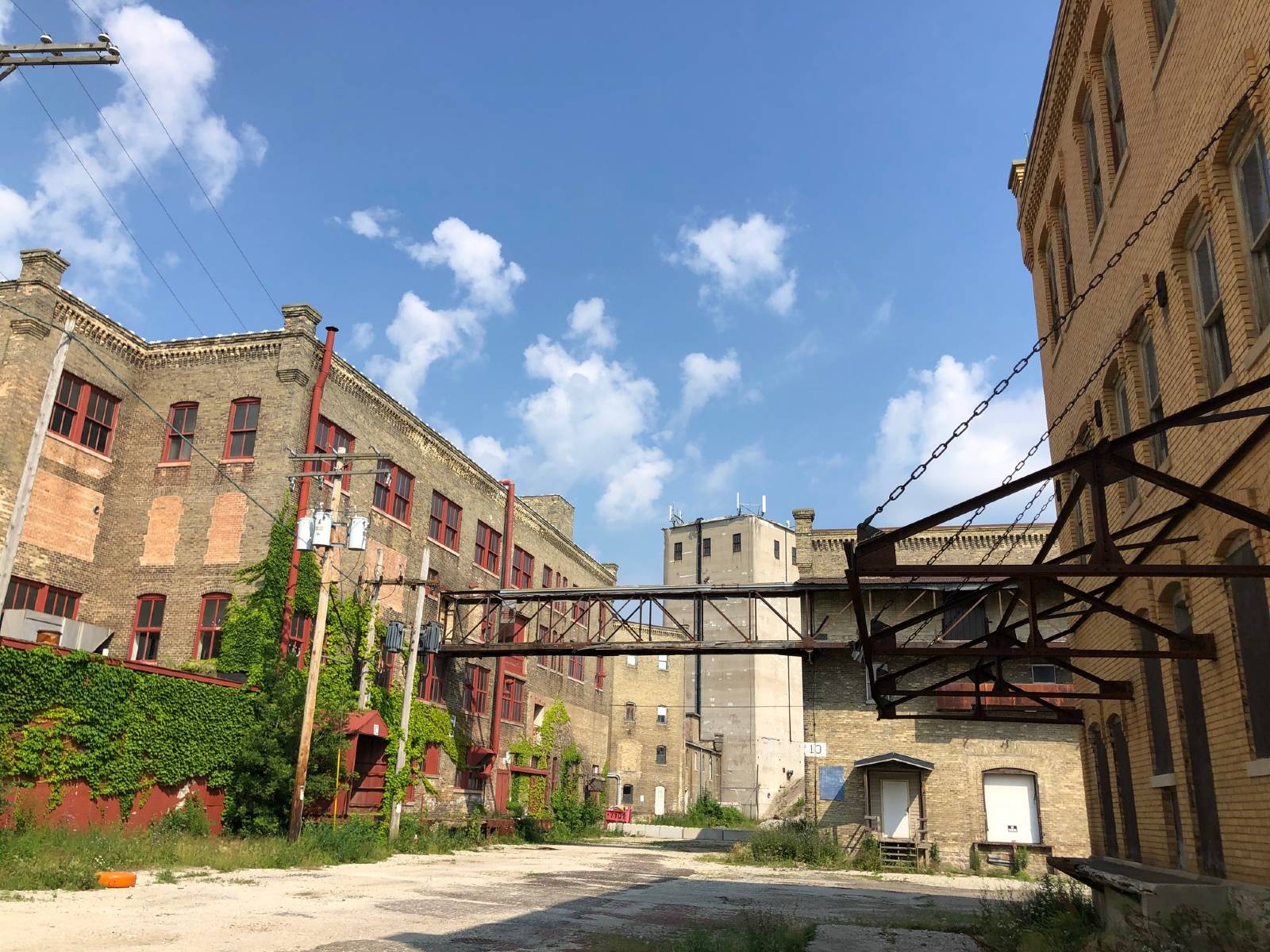 The original Gothic Revival Horlick buildings will be kept and restored, as will brick walkways between them.

Interior demolition will begin on the building at 2100 Northwestern Avenue in late July. A later, low-slung cinder block addition will be removed, but the soaring tops of the former kilns inside will remain. 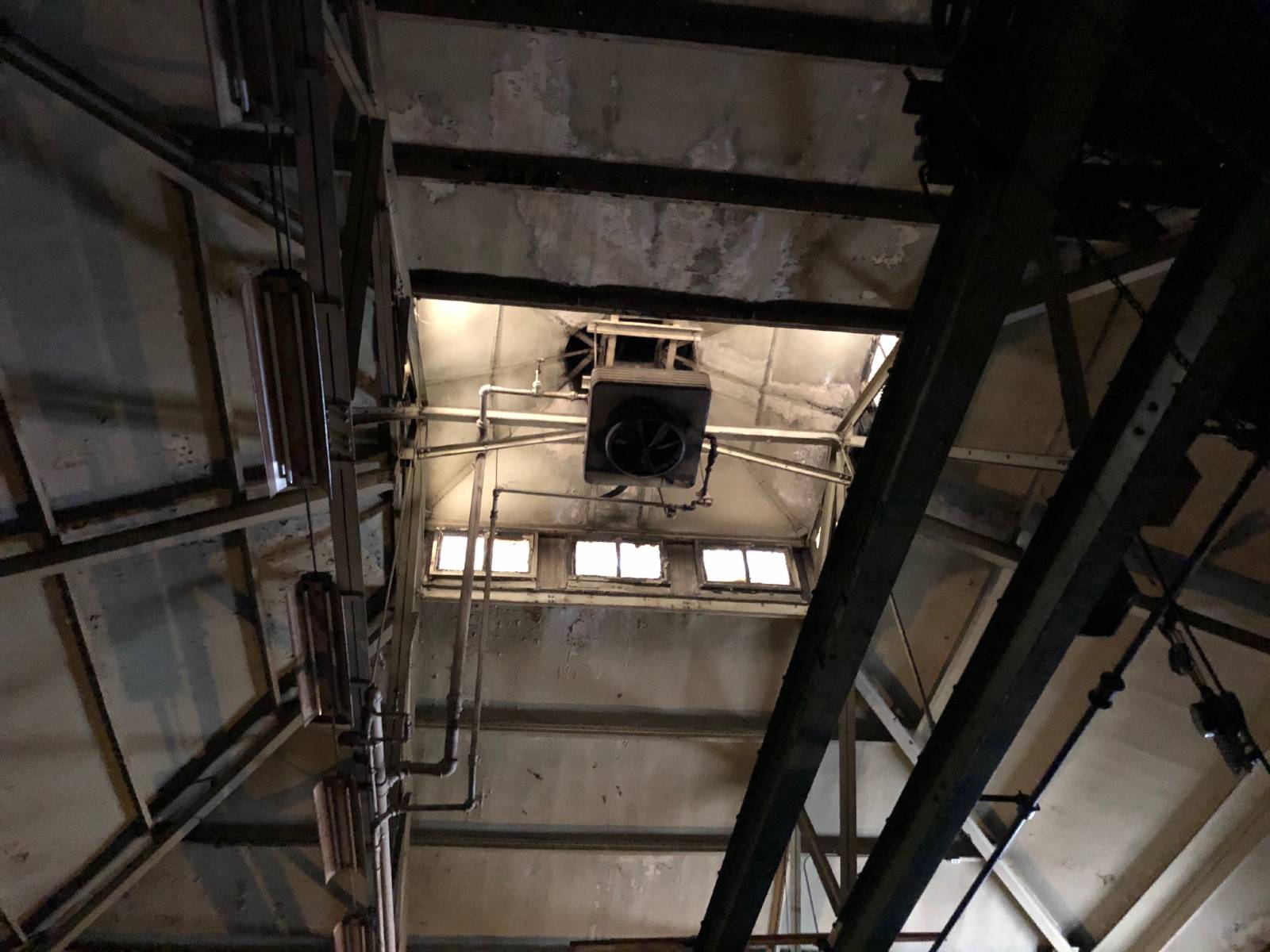 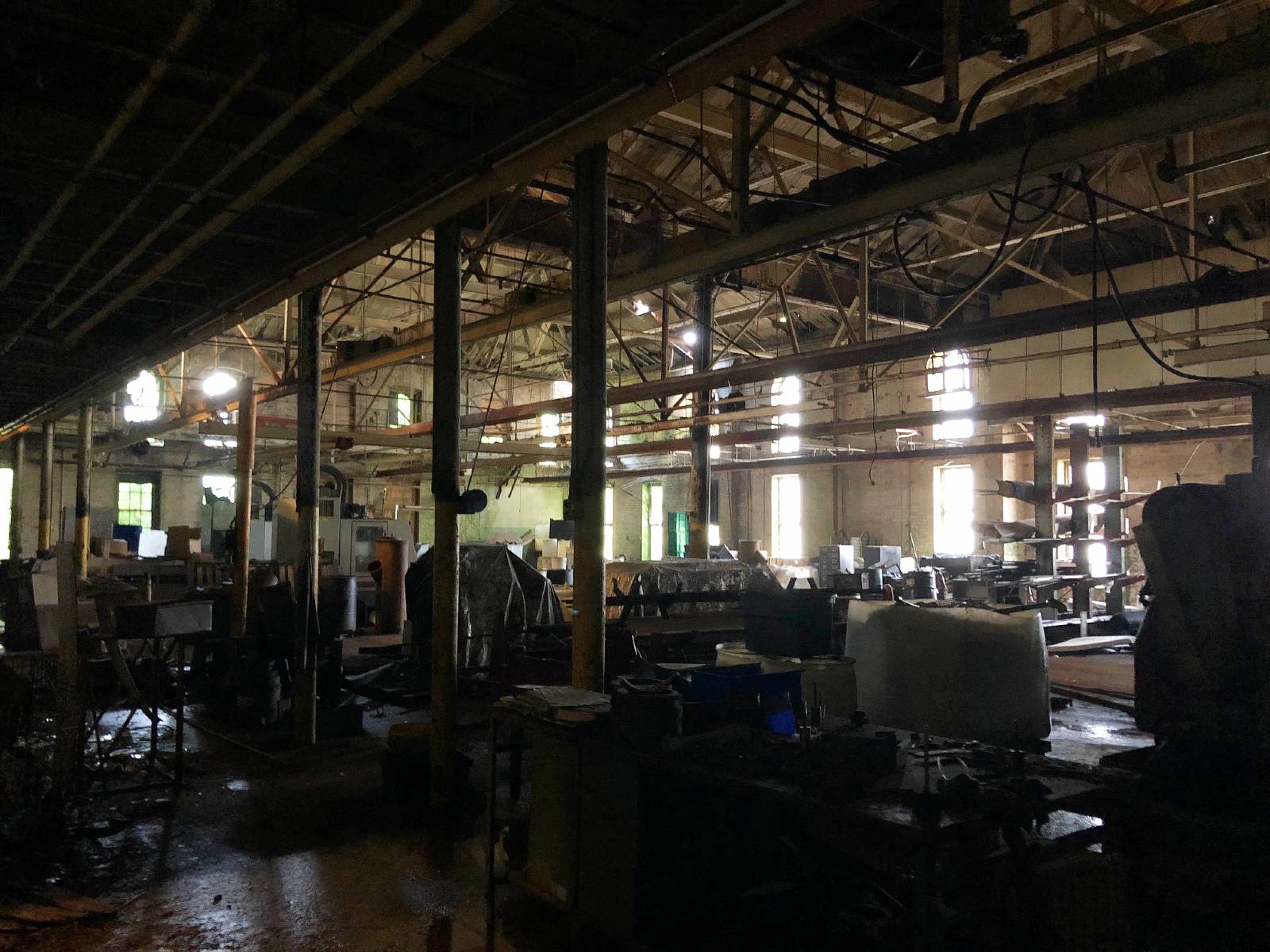 This building is slated for 60 affordable units that are expected to come online by next June.

Soon after, work will begin to convert the so-called clocktower building into 76 market-rate apartments that are expected to be move-in ready by September 2021. 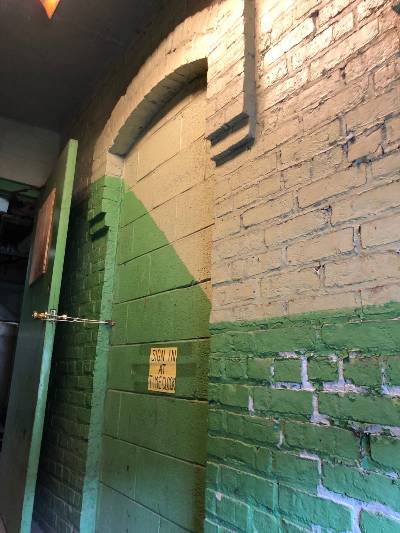 "All the extra land that goes all the way up to Northwestern gets re-landscaped, and retention pond and walkways added, and parking, all kinds of stuff," says Jeffers, of the land between the buildings and the street, where William Horlick had built a pond and added landscaping for his employees to enjoy.

"As a part of phase one, we're doing a tremendous amount of site work, replacing roads and sidewalks. All the power lines get buried. We've got to bring water utility to the site. We're going to do a lot of that stuff. There will be a new road in here off of Albert Street. It's meant to be really walkable, but you could also drive on it.

"When all is said and done, when you look at what our construction numbers are, it's tantamount to building a new neighborhood. It costs just as much money."

Phase two will be the development of some smaller buildings just east into what Jeffers envisions as cafes, restaurants, potentially a brewery and a makerspace/co-working space facility.

One of these buildings – a former warehouse – has stunningly patina-ed wood floors and open floor plans that would be perfect for restaurant use. 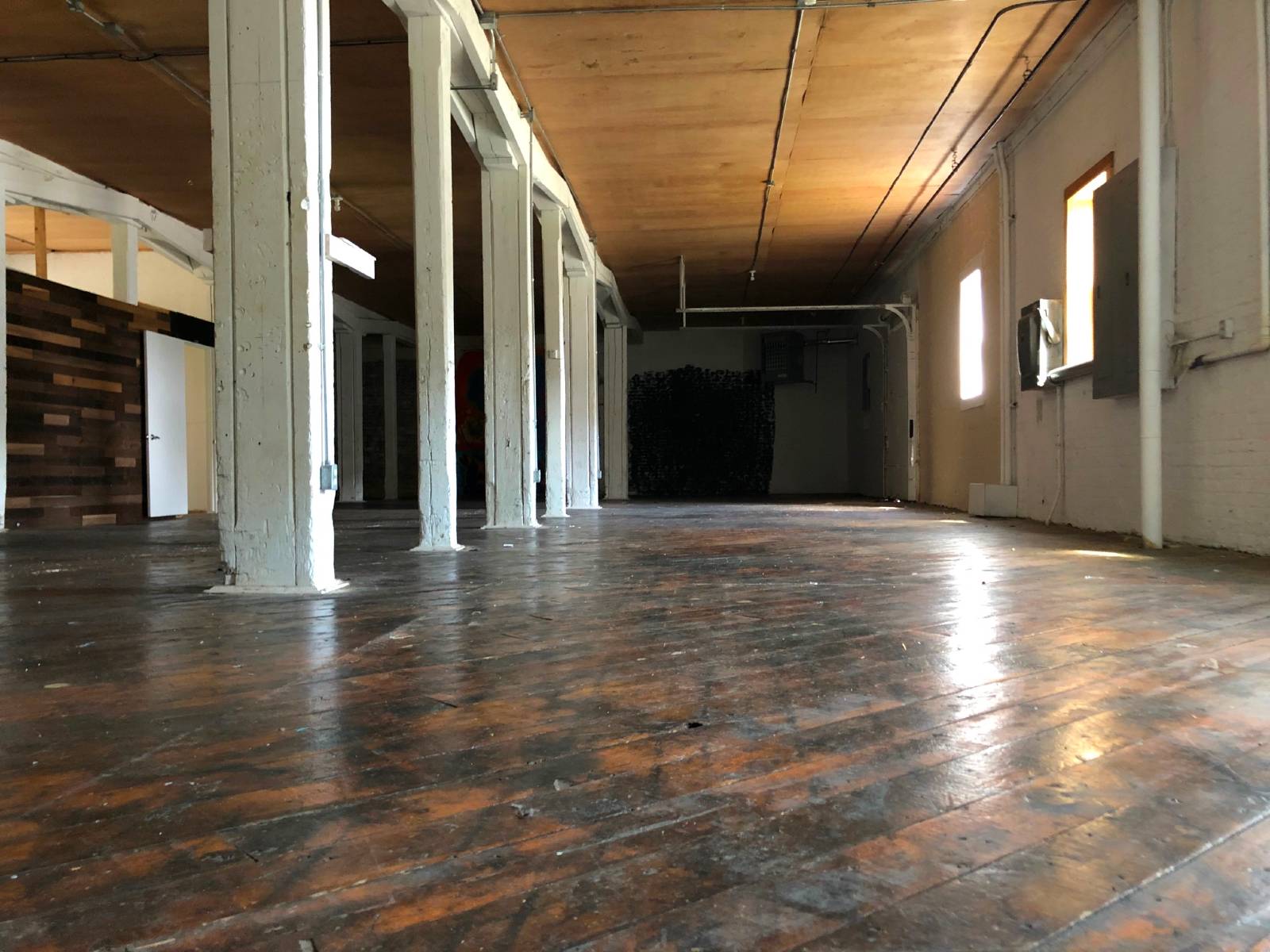 Another, the former "milk depot," where malted milk powder would be sent to be shipped off the site to the marketplace, has a similar setup.

This building is the geographic center of the site.

"I would love for this to be a cafe, like the Colectivo on the lake," Jeffers says. "It's got just a tremendous amount of outdoor seating going all the way around it, all on the old brick pavers. It's not a big building. One coffee shop would take up this whole thing. I think it's like 4,500 square feet. A little cafe or bar." 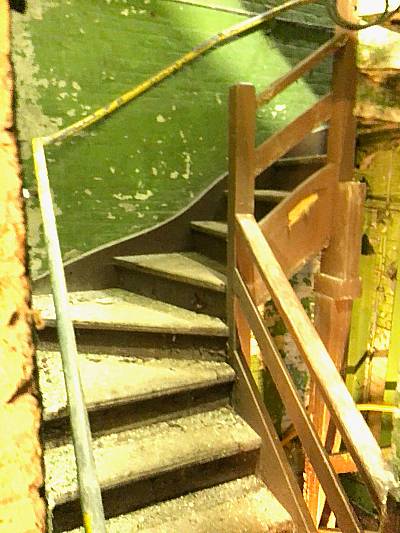 Jeffers says all the vintage buildings will stay, though some later, characterless additions – typically just cinder-block boxes – will likely be razed, as will corrugated metal utility shed-like structures.

"Which I've never done," says Jeffers excited. "Every time we've taken out something like this, the smokestacks always have to come down because they're never structurally sound, whereas here, they are." 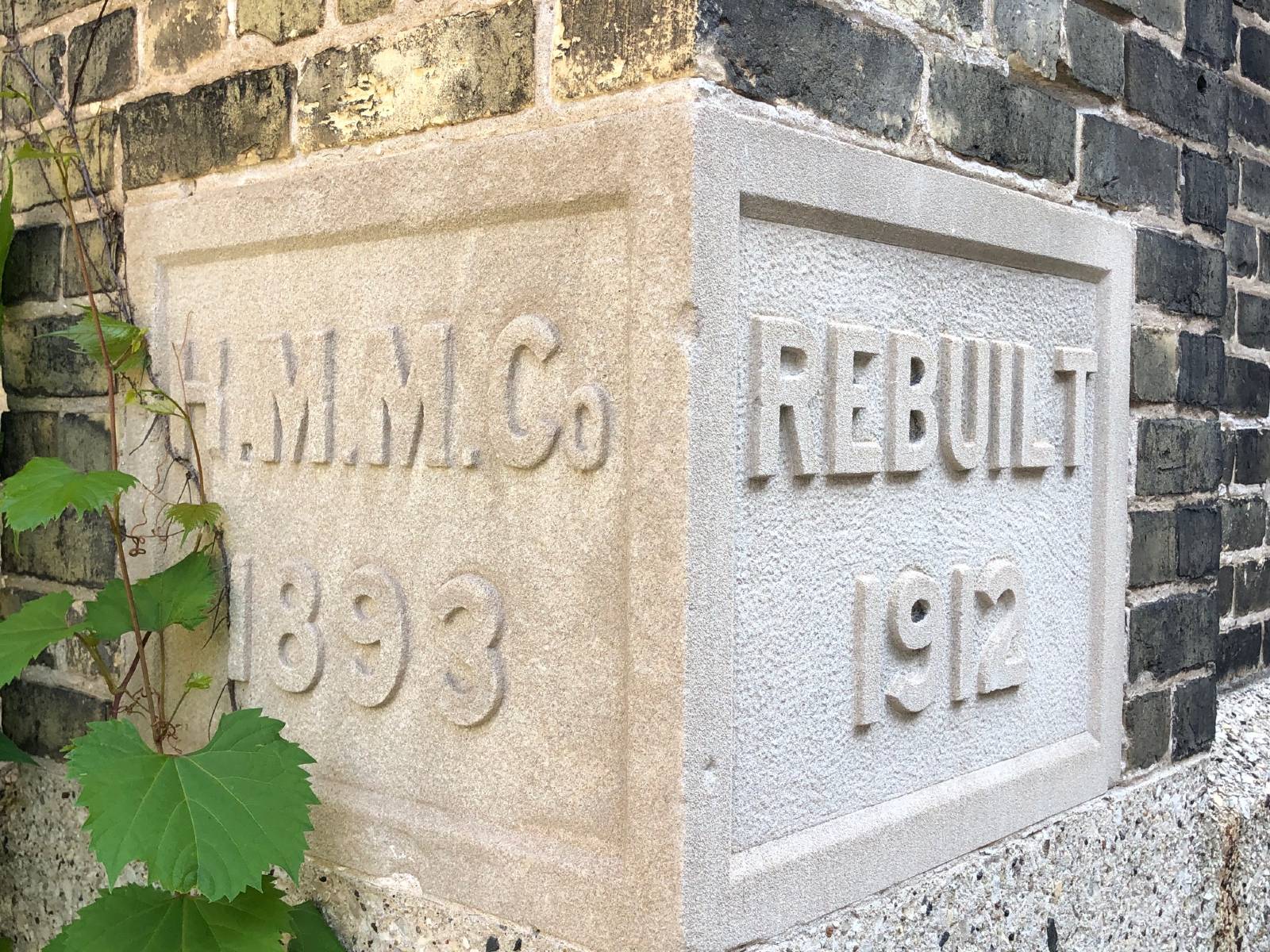 While one grain silo is still standing, another has been razed. These are highly specialized structures that are extremely difficult and expensive to convert because they have no windows, no interior floors, etc.

"I sometimes really imagine what this all would have looked like in 1912," he says, and it sounds like the development will give us a bit of the sense of that look, because, happily, Jeffers is also keeping all the character elements: the fading Horlick ghost sign on the back of the clocktower building, the old iron skywalk out of that building across to a couple others, the iron bones of the old loading dock canopy on the milk depot.

As for the naysayers who think this project can’t be done, Jeffers says, "I’ve experienced that sentiment a lot on our projects. Not just here, but even on certain projects in Milwaukee that we've taken on.

"We have a company that specializes in historic preservation. So the first time I saw this, it just jumped out to me as an unbelievable opportunity that was just laying here.

"Is it going to cost a lot of money? Absolutely, but this is why we use federal historic tax credits, state historic tax credits, housing tax credits. This is really complex financials to get it all done. I don't blame anyone at all for being skeptical, because when you see something that was so great slowly decline, I think just the human intuition on that is the only way to reverse it is to backtrack."

But there's no way to return the kind of jobs a site like this had. The world has changed too much. So, Jeffers takes a different approach.

"As radical as these ideas might seem, we're not really even reinventing the wheel on what the plan is here, because there are districts like this all over the country where this has been done. We've actually done this before."

Take a walk around the complex with me in this video: