Long seen as being being overpriced and underwhelming, there's been an upward trend in hotel dining as brands change their approach to food and decor. Such is the case with venues like the newly minted Stella Van Buren, the Italian steakhouse at the Westin.

Hotel restaurants in Milwaukee (and beyond) appear to be on the upswing. Long seen as being overpriced and underwhelming (a boon neither to weary travelers, nor locals), there’s been a positive trend as upscale hotel brands change their approach to dining.

Such is the case with venues like Stella Van Buren, the Italian steakhouse that opened June 1 on the third floor of the newly minted Westin Hotel at 550 N. Van Buren St.

"For me, Stella represents Milwaukee moving forward," notes general manager Denise Ploof. "This concept is so on-trend. In essence, the menu is comfort food, but what draws me to it is the ambiance."

That ambiance includes a light, airy atmosphere with stellar city views and comfortable seating. It’s a look and feel that Jason Druso, the vice president of restaurants, describes as having a "New York City vibe."

Floor-to-ceiling windows provide swaths of light to the dining room, which seats 180 at both traditional tables and comfortable circular booths, fit for groups up to eight. 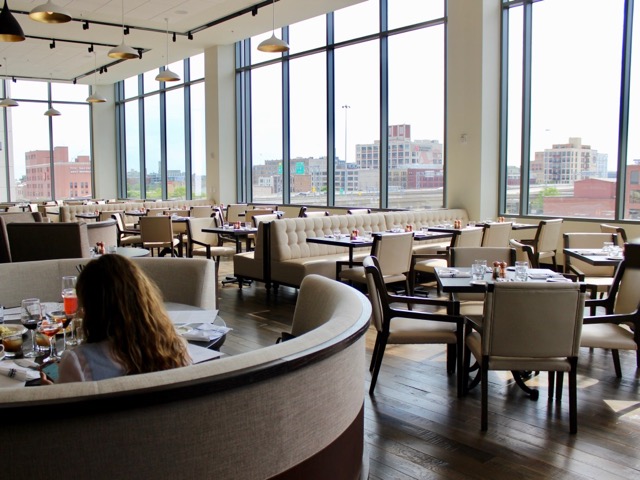 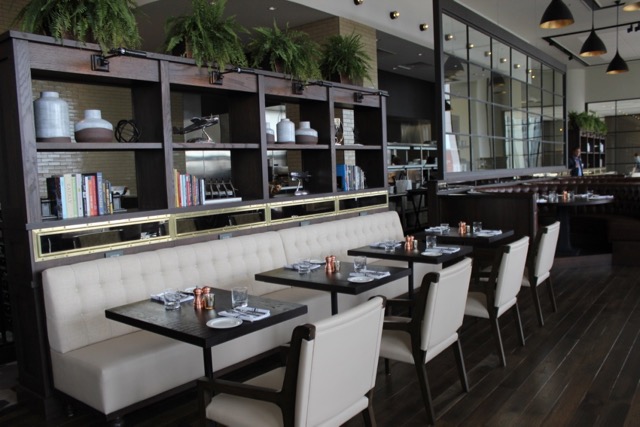 The bar seats 50 and is stocked with wine, beer, an extensive bourbon list and a nice selection of well-executed craft cocktails. Among them are the Stella Old Fashioned with Copper and Kings brandy, vanilla demerara syrup and Bittercube Cherry Bark Vanilla Bitters ($12) and the Italian Paloma with Altos silver tequila, agave and house-made rosemary grapefruit soda ($10). 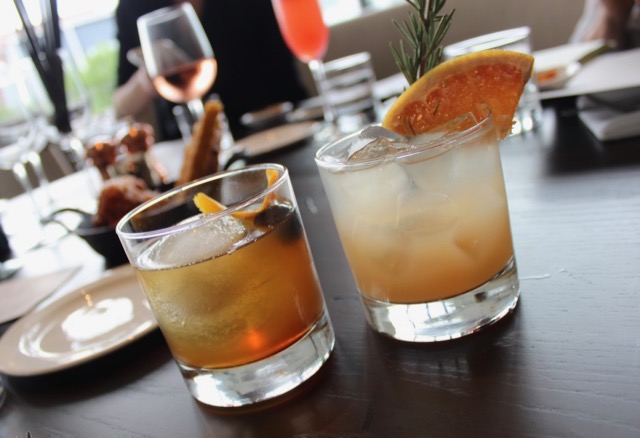 The atmosphere is cozy and sleek with a multi-tiered back bar, hightop seating and plenty of fresh cocktail garnishes in plain view (always a good sign). Order cocktails like the barrel-aged boulevardier ($11) and you'll even get a hint of theater as the bartender fetches your cocktail from its fourth-shelf aging barrel with the help of a sliding library ladder. 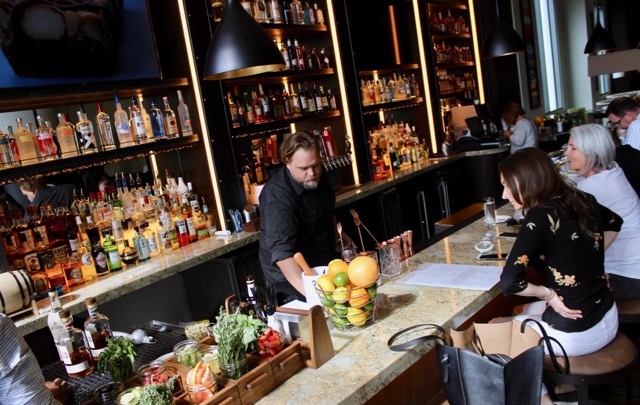 As for the menu, it’s modern yet comfortable, featuring steakhouse staples like New York Strip, bone-in ribeye and skirt steak alongside Italian dishes, from classic spaghetti and meatballs to Yellowfin tuna with eggplant caponata. Virtually everything is cooked in-house, including fresh pastas (made daily), sauces and desserts.

"The concept began as a modern steakhouse," says Druso, "But we looked at the addition of Italian fare as a way to add value and really differentiate the concept."

At the helm is Chef Justin Winkler, a CIA graduate originally from Pittsburgh that chose the Milwaukee venue to be closer to his sister, who resides in Port Washington.

"It’s all about simple ingredients cooked well," he says of the menu. "It’s all about taking dishes that have been done a thousand times and making them fresh and new." 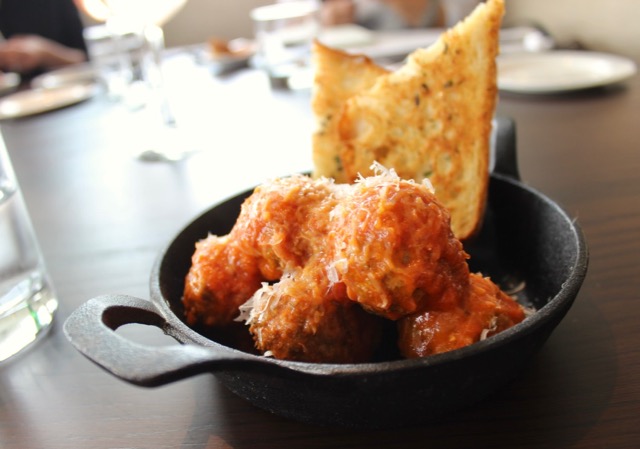 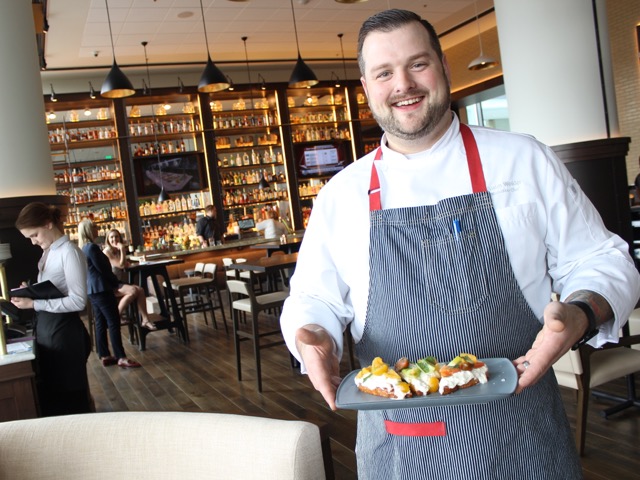 Steaks are USDA prime sourced from the Midwest. Each is cooked to order with the option to add housemade sauces including creamy horseradish, red wine jus, bearnaise or marsala peppercorn cream ($2-3). An 8-ounce filet is cooked on the restaurant’s Montague infrared grill, brushed with garlic butter and sprinkled with Maldon sea salt ($38). 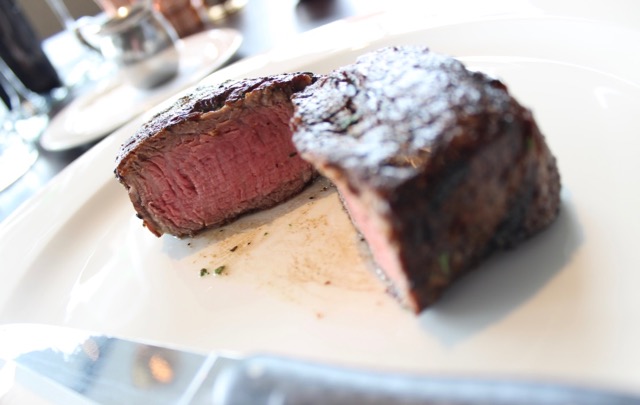 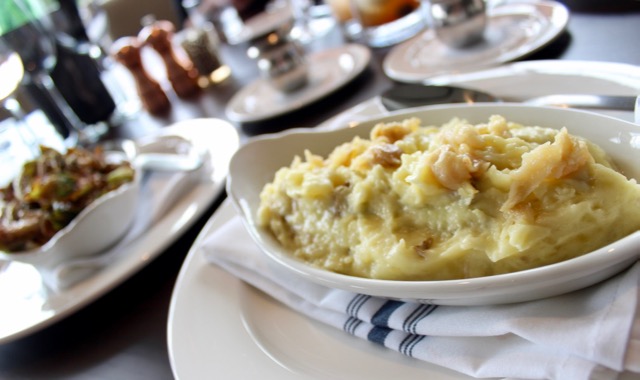 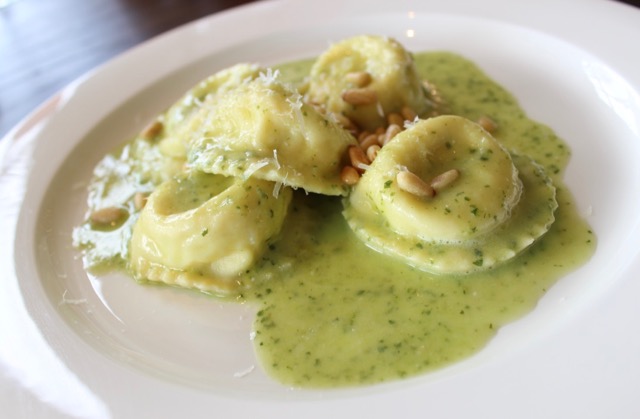 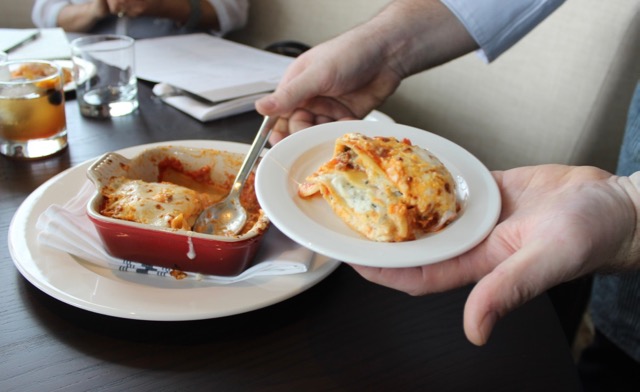 Meanwhile, chicken parmesan isn’t drowning in sauce. Rather, the crisply coated chicken is topped with smoked mozzarella and served with buttered housemade spaghetti and marinara sauce alongside ($19). 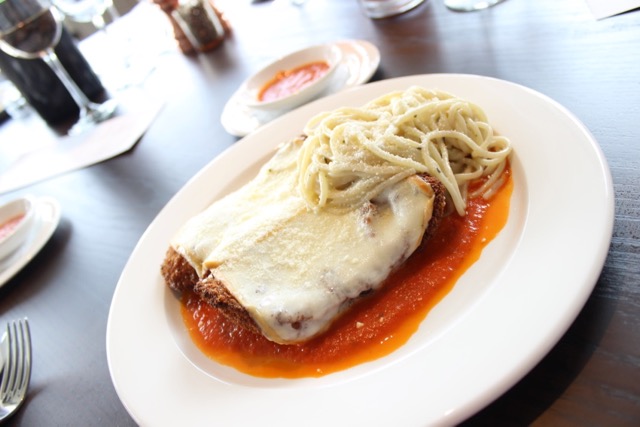 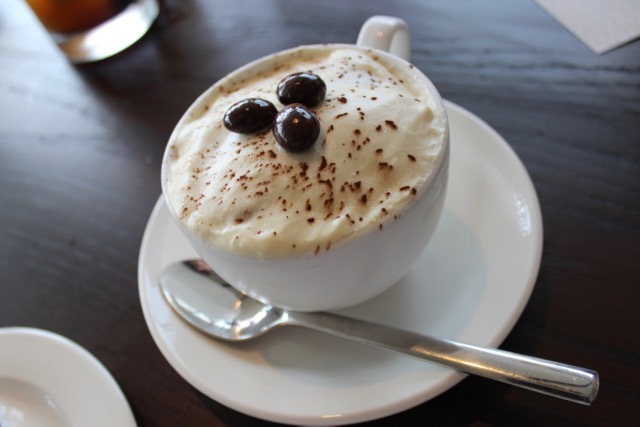 Zeppoles, traditional Italian doughnut holes, are lemony and light and served with Nutella and strawberry preserves for dipping ($6). 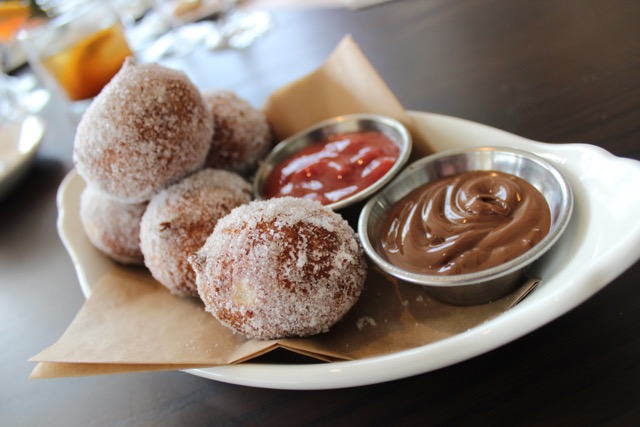