Take a peek at the offerings at Third Coast Provisions, which opens today

Third Coast Provisions presents as a classy space with a contemporarily elegant atmosphere perfect for a casual dinner or date night. And the menu? Well, it's chock-full of rich, well executed seafood dishes, fit for either individual enjoyment or sharing.

The restaurant, which is owned and operated by Merriment Social Chef Andrew Miller, along with partners Cameron Whyte and Samuel Emery, bears little resemblance to the former incarnation of Carnevor, which last occcupied the Milwaukee Street location. Its walls are decorated with mirrors and sea-floor themed art. A large marble-topped bar flanks the southern wall of the restaurant, while similarly constructed four-tops and banquettes litter both the main floor and mezzanine.

It’s a classy space with a contemporarily elegant atmosphere that befits its location. Upbeat house music gives the restaurant a hip, young vibe while a casual upscale menu makes it a great place for a casual dinner or more upscale date night.

And the menu? Upon first glance, we deemed it drool-worthy. And that initial impression seems to ring true. It's chock-full of rich, well-executed seafood dishes, which can be ordered for individual enjoyment or sharing.

On a visit during the restaurant’s soft opening last week, we started off our meal with one of the raw bar offerings: an oyster platter featuring a mix of East and West Coast oysters including Kumamoto, Deer Creek, East Beach Blondes and Island Creek served up with freshly grated horseradish, lemon wedges and cocktail sauce ($21). 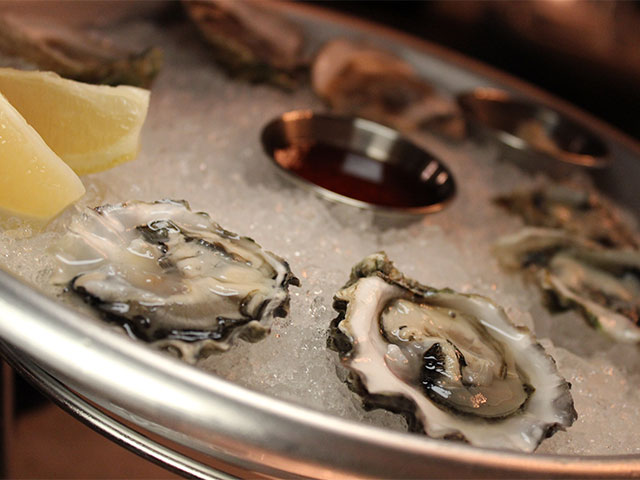 There are chargrilled oysters, priced $21-23, with various accompaniments, including the Milwaukee with pastrami, garlic, shallot and beer.

Shareable small plates include P.E.I. mussels, currently prepared with riesling, curry and calamansi (tropical citrus) butter ($15), fried oysters ($15), shrimp & grits ($14) and lobster mac n’ cheese ($17). But don't miss the blue crab and pimento croquettes, which are inspired by a dip recipe from Whyte's grandmother. They're creamy and delicious on the inside and perfectly crisp on the exterior ($12). 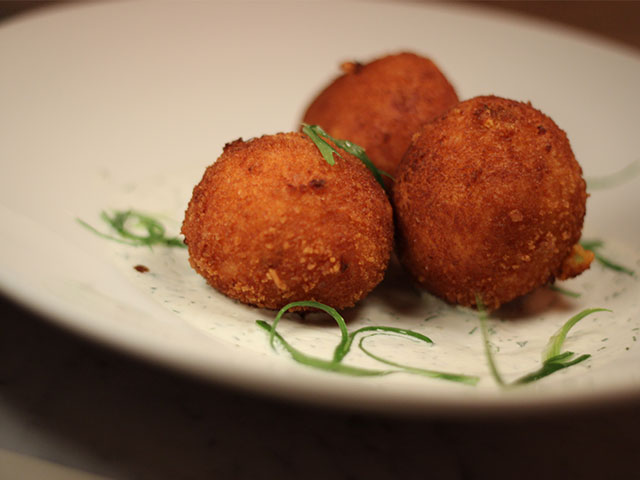 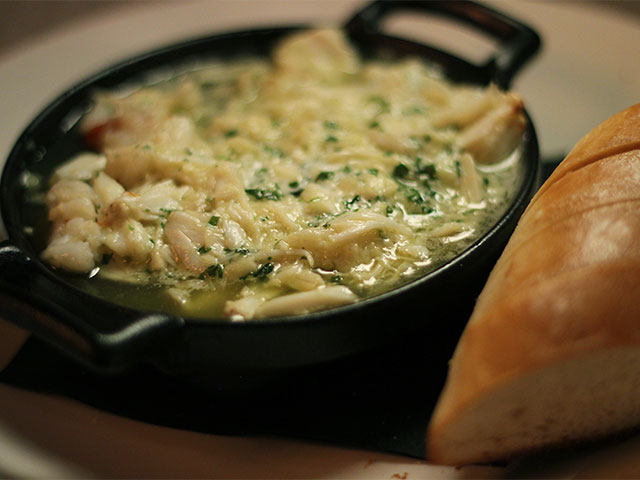 The potholes come with housemade bread, a delicious brioche hybrid that’s tender and crusty at the same time. But you shouldn’t pass up the Parker House rolls, which come to the table warm with a side of cultured honey butter ($7). They’re a perfect accompaniment for sopping up the buttery garlic sauce. 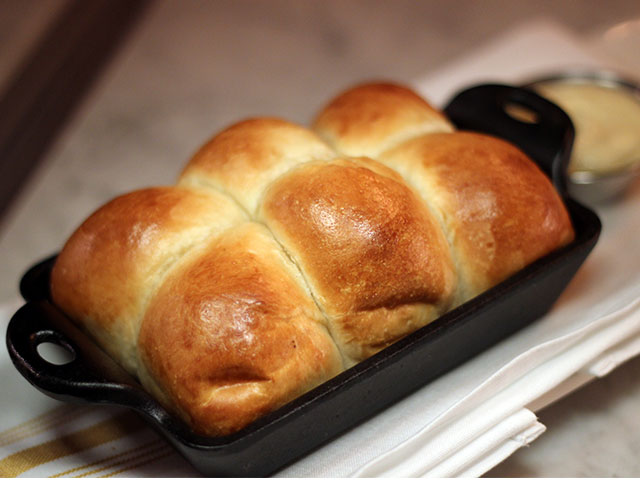 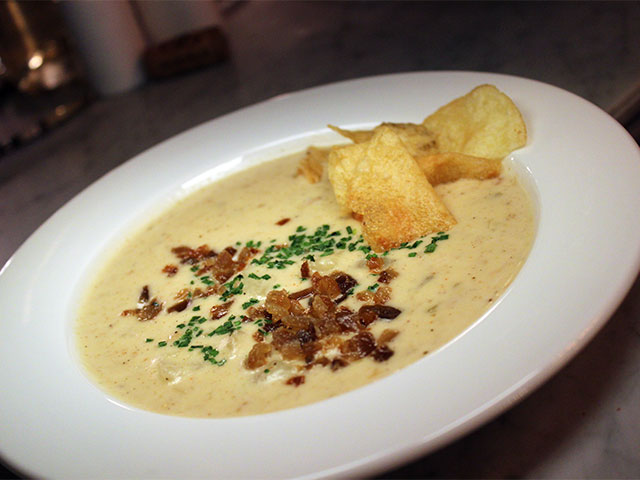 Seafood entrees include composed salmon, whitefish and halibut dishes served with seasonal sides ($22-25). But you can’t go wrong with the whole grilled fish. Ours was a well seasoned grilled red snapper, which made for a great shareable entree. Tip: To strip the filet from a whole fish, start with the tail end, peeling up the skin and then flipping the filet back from the bones. 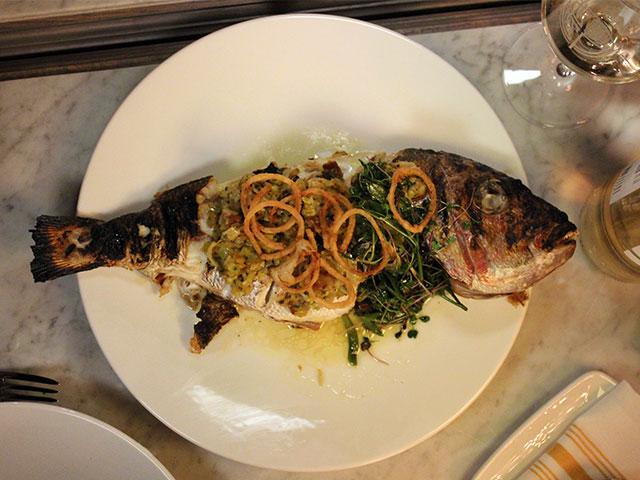 The lobster pot pie features a creamy filling served in a metal pot and topped with fresh lobster and layers upon layers of crisp phyllo dough ($39). It's perfect for sharing among three or four guests. On its own, it would make an ultra-rich entree for a very hungry diner. 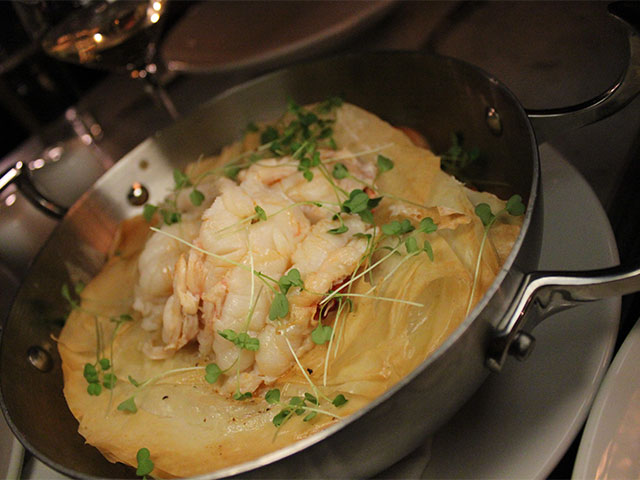 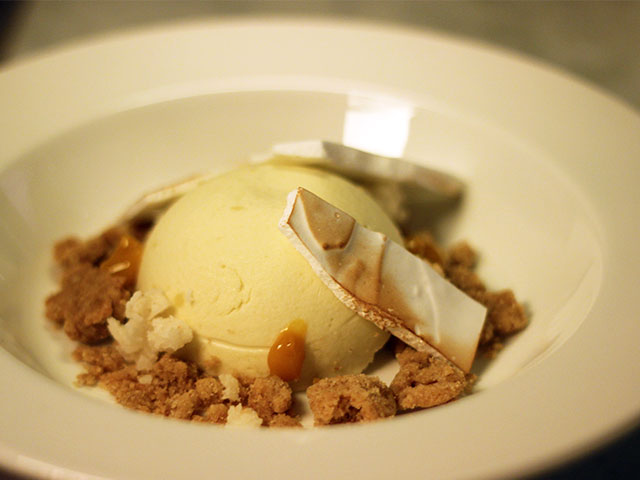 But the moist carrot cake with cream cheese frosting, caramelized pineapple and maple-pecan streusel ($7) is a solid choice for lovers of the classic dessert. 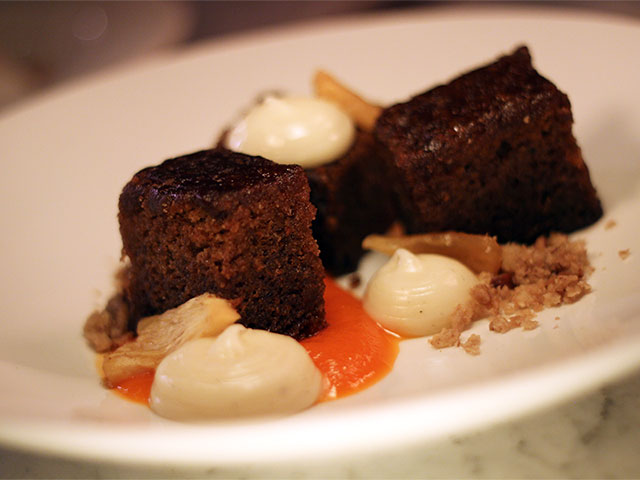 So is the pretzel bread pudding, a playful dessert which captures the flavors of an adult PB&J with concord grape and a bourbon-peanut semifreddo ($8). 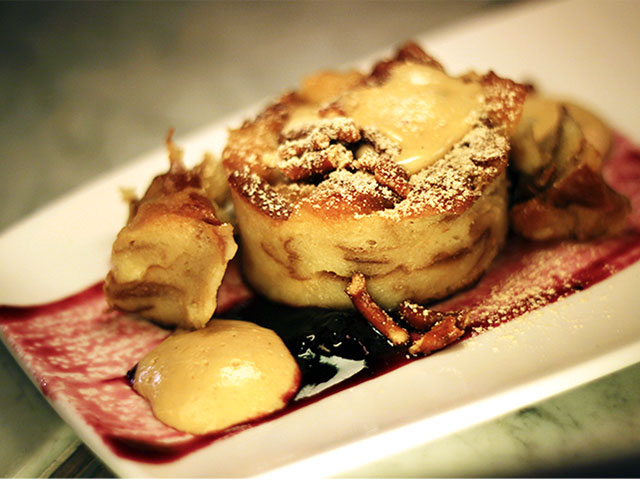 An oyster bar on the lower level will accommodate happy hour Monday through Friday from 4 to 6 p.m. Specials will include fresh and fried oysters, lobster potholes, oyster shooters and a variety of other snacks and drink specials. 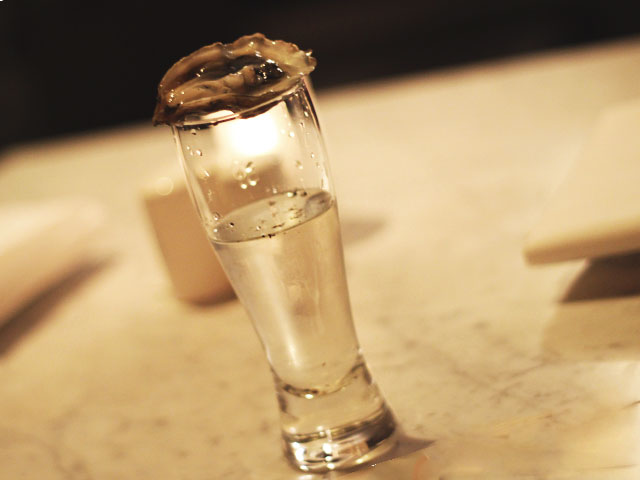 Miller says that po’ boys and lobster rolls will also be available down the road.