An old vacant lot and a former railroad trestle jutting out over the Milwaukee River are being converted into a new park on the Historic Third Ward RiverWalk.

Some land area and a former railroad trestle jutting out over the Milwaukee River are being converted into a new park on the Historic Third Ward RiverWalk. The project is expected to be completed by the end of the year.

The park is located at 501 E. Erie St., next to Riverfront Pizzeria Bar & Grill, where the city owned a vacant lot, and it closes the last gap in the RiverWalk.Trestle Park is going to still have the RiverWalk along the edge, but benches and a green space will be the other main changes, to be finished by the end of this year. Union Pacific Corp. still owns the railroad swing bridge, to which the trestle was once connected, but it no longer uses it.

The project will cost the city approximately $1.2 million.

So far, the landscaping of the trestle completed. Benches and a wooden walkway are present and greenery are planted in wooden boxes. Most of the benches are in place and a gravel path surrounds some trees. 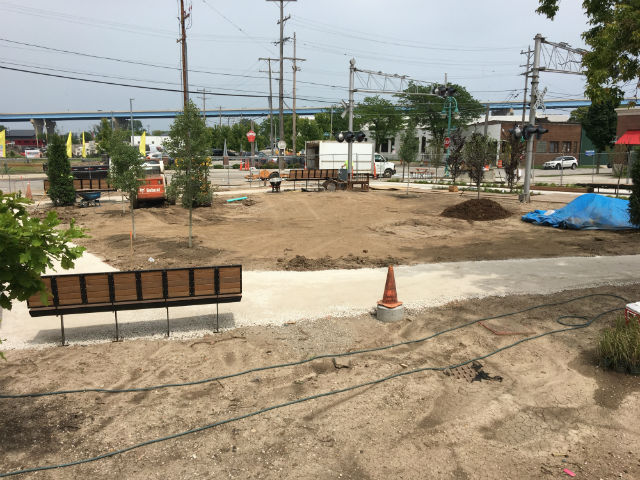 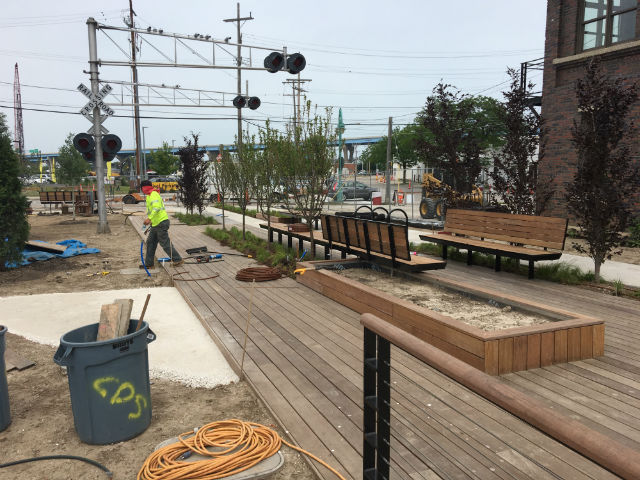