Drink, nibble and explore at the new Voyager wine and cocktail bar

Wine lovers are in for a treat at Bay View's newest venue, Voyager, which opens later today in Bay View. It promises to distinguish itself as a casual neighborhood spot where guests can linger and socialize, enjoying wines new and old in the company of an educated - and engaging - staff.

Wine lovers are in for a treat at Bay View’s newest venue, Voyager, which opens later today at 422 E. Lincoln Ave. It promises to distinguish itself as a casual neighborhood spot where guests can linger and socialize, enjoying wines new and old in the company of an educated – and engaging – staff.

Voyager’s focus rests primarily on wine, but the cozy new bar will also feature housemade bottled craft cocktails, a small selection of beer and nibbles to go along with all of the above. And thanks to the expertise of longtime bartender Jordan Burich, Micah Buck and financier Katherine Lochmann, there’s a good deal to which you can look forward.

That includes a curated list of wines, many available by the glass, including both Old and New World selections of sparkling, white, orange, rose and red. The opening list includes selections from familiar places like Provence and Bordeaux in France, and Tuscany and Piedmont in Italy, as well as lesser-known regions like Patagonia in Argentina and Jura in France.

For example, the opening menu features Rijckaert Arbois Chardonnay from Jura France. "Chardonnay is a bit of a chameleon," notes Burich. "The grapes really take on and showcase terroir. This one is intriguing, and you see it more on the coasts than you do here. It has a note of rubber or petroleum on the nose. On the palate it’s slatey and minerally, and really elegant. It loves food." 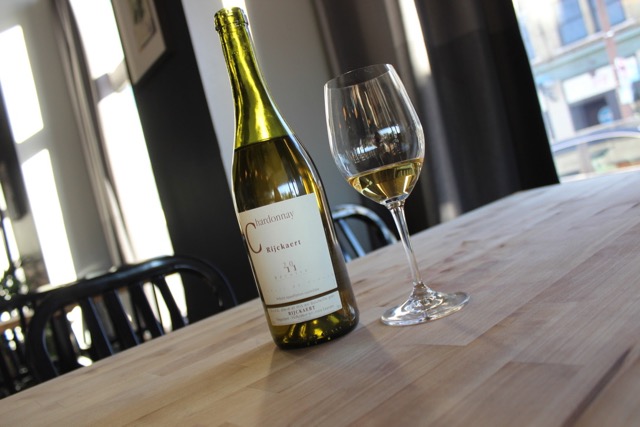 Eventually Burich says he aims to broaden the selection to showcase additional gems like the sparkling wines from Mexico and the storied orange wines of Georgia.

Sit down at the bar and you’ll have the opportunity to drink and learn. And you’ll do so in a place where pricing – which ranges from $6 to $12 for glasses, $11 to $22 for carafes and $19 to $42 for bottles – is purposefully affordable.

Meanwhile, bottled cocktails (equivalent to about a cocktail and a half) are priced well at $10. They include options like "Necessary Evil," a gin-based riff on the Last Word inspired by Italy; "Caster of Worthless Spells," featuring bourbon, amaro and Barolo; "Le Bon Vivant," a riff on the New Orleans classic Vieux Carre; and the "Mea Culpa," a Cypriot-inspired version of the Negroni.

In terms of beer, guests can expect basics like Coors, Banquet and Stubby and a list that will grow to about 10 selections over time. "We’re not attempting to compete with Sugar Maple or any other friends on the block," says Burich. "But we’d like to have something for people who would prefer it."

On the nibbling side, there will be cheese and charcuterie, a few pates and snacks including marinated olives and spiced nuts.

Starting next week, a feature will be the Le Grande Garson, a huge platter of cheese, charcuterie, olives and snackable items (which feeds at least six) that comes complete with a bottle of red and a bottle of white for a fixed price.

Guests are also welcome to order food from any number of area establishments to enjoy at the bar.

You can enjoy all of the above in the bar’s welcoming quarters which features a palette of cool grey tones, which range from muted stone to deep charcoal and slate blue, depending on the time of day. The tones are broken by little, aside from the green of myriad plants, which add a warm, welcoming feel.

The focal point of the space is a long L-shaped bar featuring a zinc top and rustic wood base made from repurposed wood gleaned from the former Mitchell Leather Warehouse in the Third Ward. 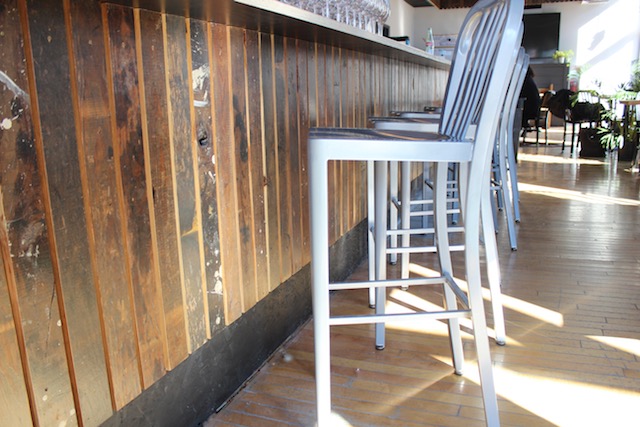 The patinated wood – which also lines the sofit encircling a portion of the space – comes complete with the marrings of its long and inevitably storied existence, complete with deep dark stains, smatters of paint and evidence of etching and wear. 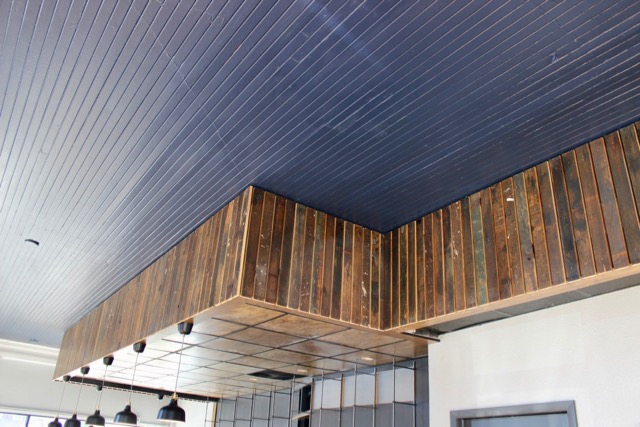 In addition to the bar, which seats about 15, there are myriad two-and four-topped butcher block tables. Some flank the bar’s myriad windows, framed by heather grey window treatments. 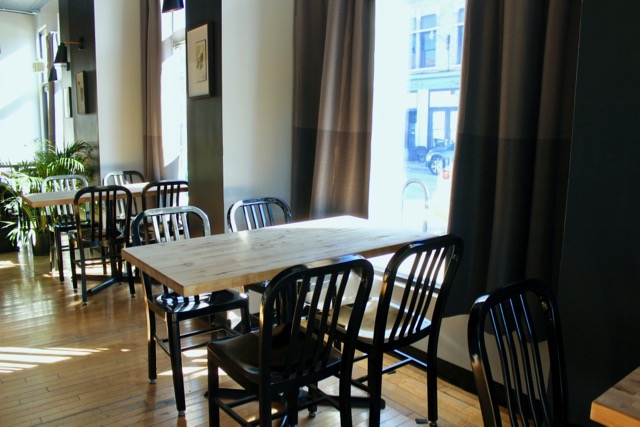 Others – like those against the eastern wall – are cozier and feature bench-style seating on a repurposed 150 year old church pew. And yes, you’ll also find a large flat-screen television. But it won’t blare the usual athletic games. Instead, it might feature wine programming that syncs with the evenings offerings (like events featuring Burgundian wines or a feast of fried chicken and bubbly) or potentially slide shows for private gatherings and corporate events. 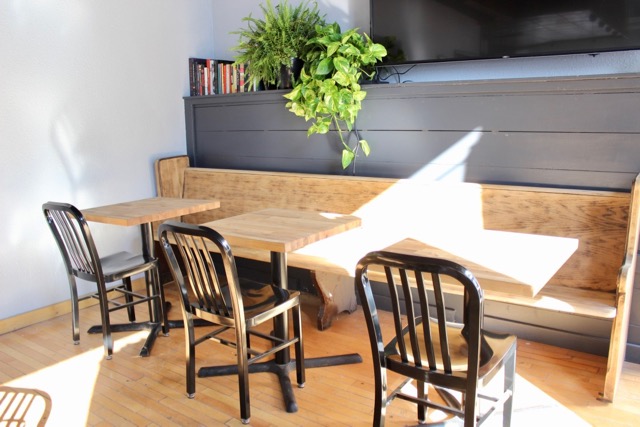 More appropriately, behind the bench, you’ll find a small collection of tomes – books highlighting both the wonders of food and beverage and the joy of exploration – elements valued intimately at Voyager, which aims to be a place for guests to relax and relish the discovery of something new and delicious. 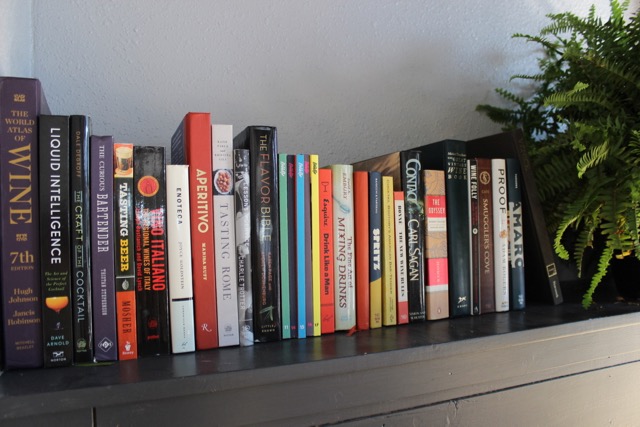 The same philosophy is echoed in the art on the walls, which was created by Dan Augustine, award winning artist and creative director at Epic Creative. You’ll want to stop and admire them. Each piece – which is created with ink transferred with coffee, chocolate and wine – features a scene inspired by lore, legend and childhood accompanied by a whimsical quotation (you’ll have to translate the French to get the joke). Each is mounted on an old book cover, complete with stray threads and remnants of the book’s binding. 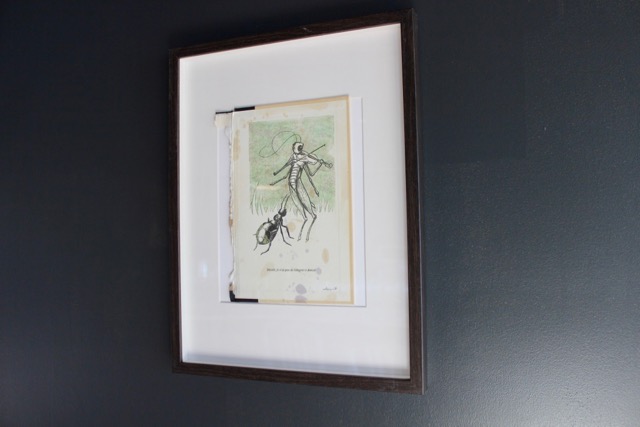 And while nearly everything about the space is charming and comfortable, with beautiful light that pours through the western windows as the sun goes down, maybe the most important element of the entire bar is that it’s welcoming … to everyone. 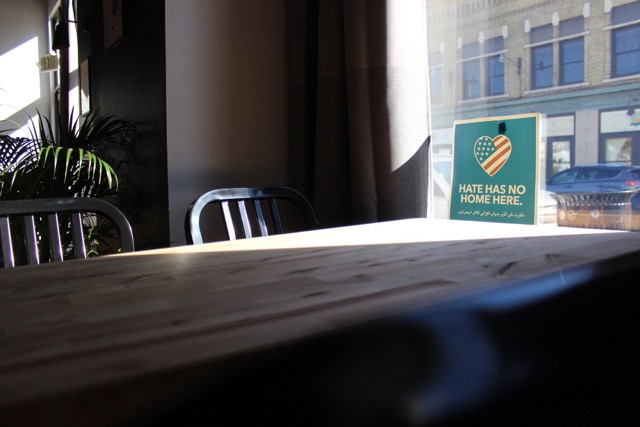 Voyager’s hours are Monday through Thursday 3 to 10 p.m., Friday and Saturday 3 p.m. to midnight and Sunday noon to 8 p.m.