Cache Cider poised to be the first cidery in Milwaukee

Ethan Keller might be best known for his longtime career as a singer-songwriter. But soon, he'll have another moniker under his belt as owner of Milwaukee's first cidery, Cache Cider.

Ethan Keller might be best known for his longtime career as a singer-songwriter. But soon, he’ll have another moniker under his belt as owner of Milwaukee’s first cidery, Cache Cider.

The cidery, slated to begin production this fall at 2612 S. Greeley St. in Bay View, will occupy just over 1100 square feet on the first floor of Building Ten, located just across the street from the main entrance for Hide House Creative, a brick industrial complex that’s home to a variety of artists and creatives. 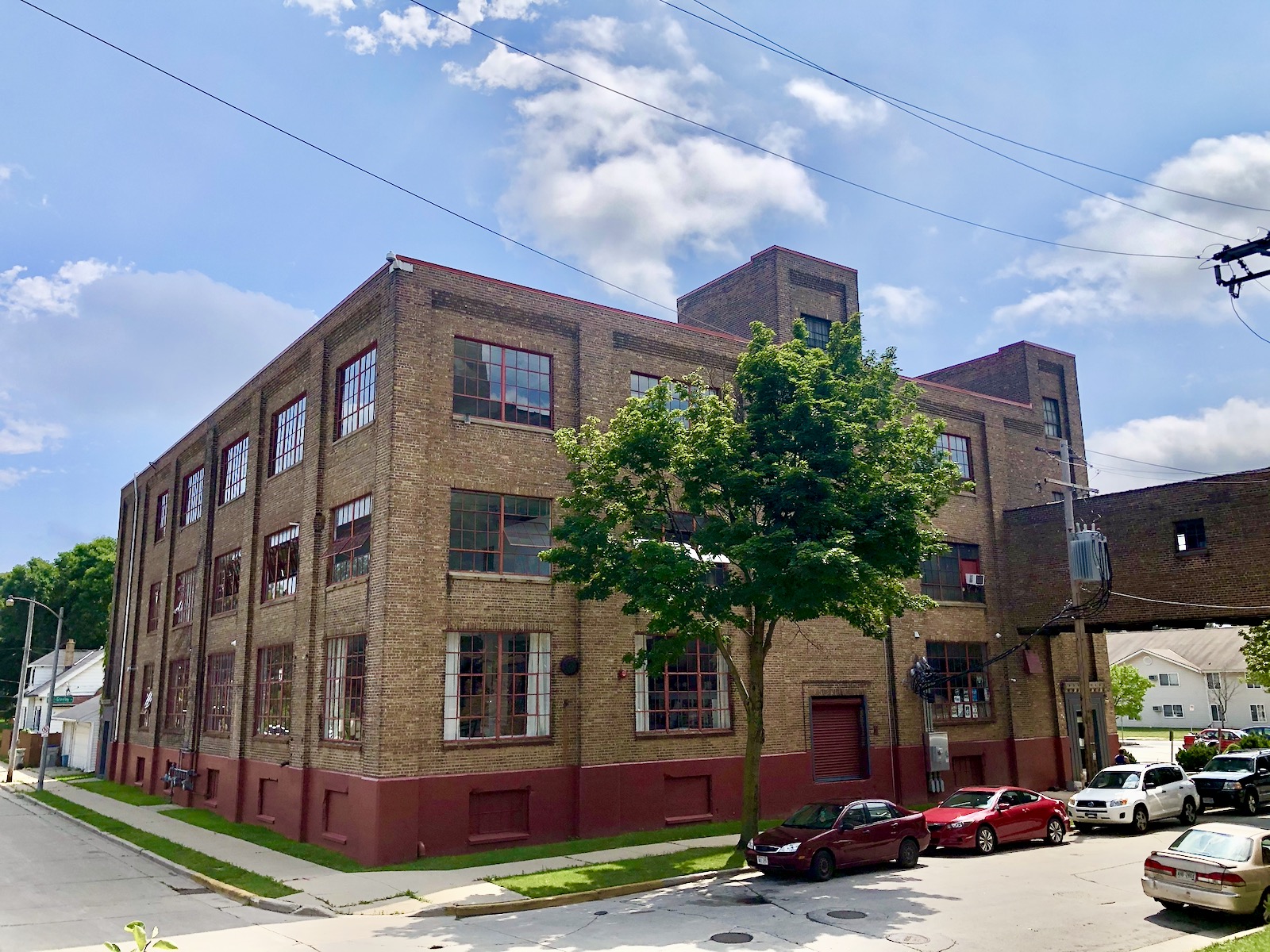 Keller is currently in the process of obtaining both Federal and State approvals for the project, which will include a production facility and tasting room where ciders would be available for sampling and purchase. 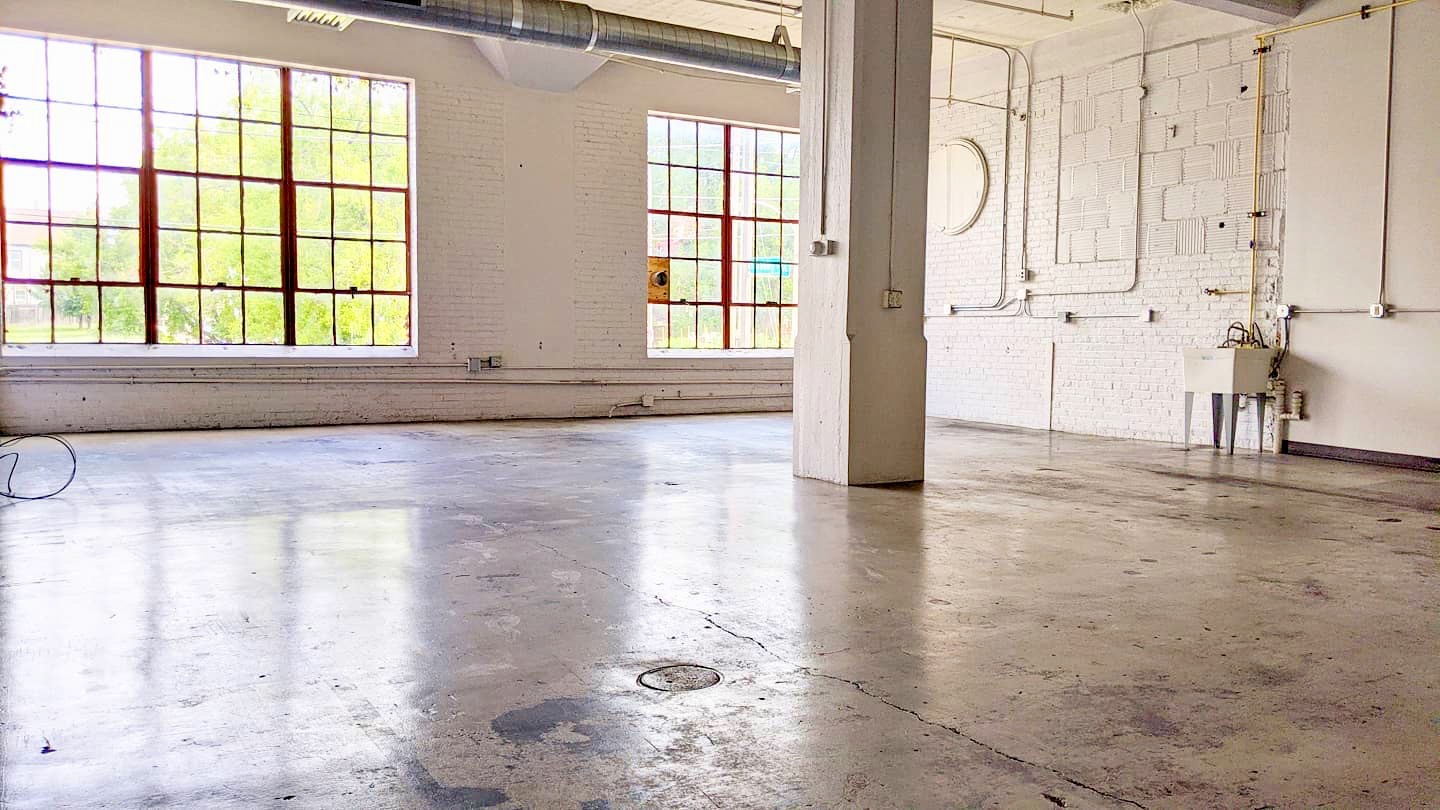 Keller, who is currently completing certification through the enology program at Texas Tech University, says his interest in antique apples was piqued after watching the Michael Pollan documentary "The Botany of Desire" on PBS,  a portion of which examines the history of apple cultivation and its relationship to human gratification.

He began making cider at home, exploring the flavors of various apples. As he traveled on tour, he explored apples from various orchards. And, closer to home, he developed a relationship with Weston Antique Apples in New Berlin, an orchard specializing in heirloom and antique apples, many of which have been around for over a century.

Ultimately, as he explored the varied flavors in apples, he grew intrigued by the idea of single varietal ciders, made with just one apple variety.

"The case has been made that certain culinary and commercial apples don’t contain the necessary sweetness, bitterness, sharpness and tannins needed to make cider," he says. "So people tend to fall back on tradition and blend different varieties to achieve that balance. But they’re missing out on the opportunity to really showcase what’s beautiful about an individual apple."

Keller’s first single varietal cider was made with Pink Pearl apples, he says, and the flavor reminded him of Now & Laters.

"It’s one of my favorites because it has this amazing balance of sweet and sour," he says, noting that he hopes to recreate the cider as a flagship for Cache Cider.

Keller says he wasn’t interested in pursuing cider making as a business at first; but the more he learned, the more intrigued he became. Eventually, he began exploring the potential of starting his own cidery. His journey, which took place over the course of the past six years, was filled with false starts. But he says his passion was reinvigorated this year as he created the Cache Cider brand and began building awareness through social media.

"I gravitate towards apples with colors in the names or fruit in the names," he says, "Because those names – like Winter Banana – tend to be consistent with their flavor profiles."

But he says there are myriad apples he’d like to work with from the Orleans Reinette to the Northwestern Greening, an apple first grown in Iola, Wisconsin that dates back to 1849.

"My ideal would be to be able to offer many single varietal ciders on tap. Folks could try them, get to know the apples… and they could blend them together to create their own unique flavor profiles on the spot."

"It’s about empowering people," he adds. "Giving them inside knowledge to help them make their own decisions. And from there, those people can continue to share the stories of those apples in their own way." 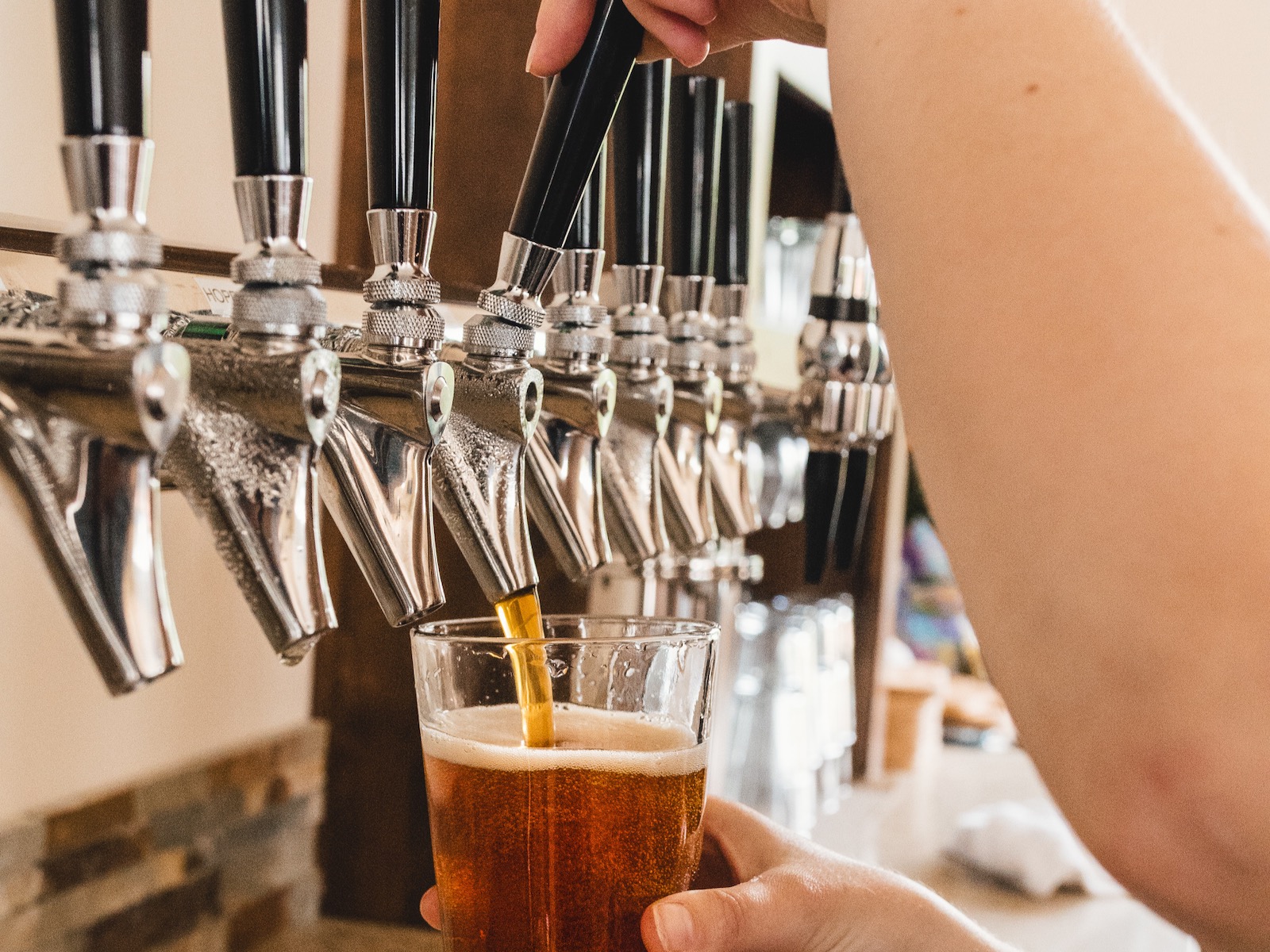 Keller is part of a growing number of curious and conscientious cider makers who have begun to explore single varietal ciders and understand how individual apples respond to various factors, from technique to terroir. That’s knowledge that’s critical to moving the industry forward and producing better – and more interesting – options.

"I look forward to the day when more people talk about cider the way that people talk about wine," says Keller. "In order for it to move to the next level, we need to put the apples at the forefront. People should be enthused about them, about their flavors. And then more ciders will get the respect they deserve."

That’s not such a long shot.

While it’s often categorized more closely with beer (or as a gluten-free alternative), cider is more akin to sparkling wine, which also involves the pressing of fruit, fermentation and bottling.

And, much like wine in the U.S., which despite a long history of grape growing and wine-making, didn’t glean recognition until the mid-1970s, cider seems to be reaching a point of reckoning.

Sure, there are a variety of ciders on the market, from unfiltered varieties to dry and hopped ciders. One can also easily find ciders fermented with fruit, herbs or other add-ins. But, most are still made fairly traditionally.

"The vast majority of people I’ve spoken with have said they don’t like the ciders they've tried because they're too sweet," says Keller, noting that many brands rely on both an assortment of apples and (often) the addition of sugar to create a beverage they feel will please the market.

But Keller knows that ciders don't need to be loaded with additives or artificially sweetened to be worthy of attention.

"There are thousands of apples out there that people haven’t tasted," he says. "They haven’t tasted them on their own, and they definitely haven’t experienced them made into cider. As a cider maker, I want to be able to showcase the flavors of those apples with minimal intervention." 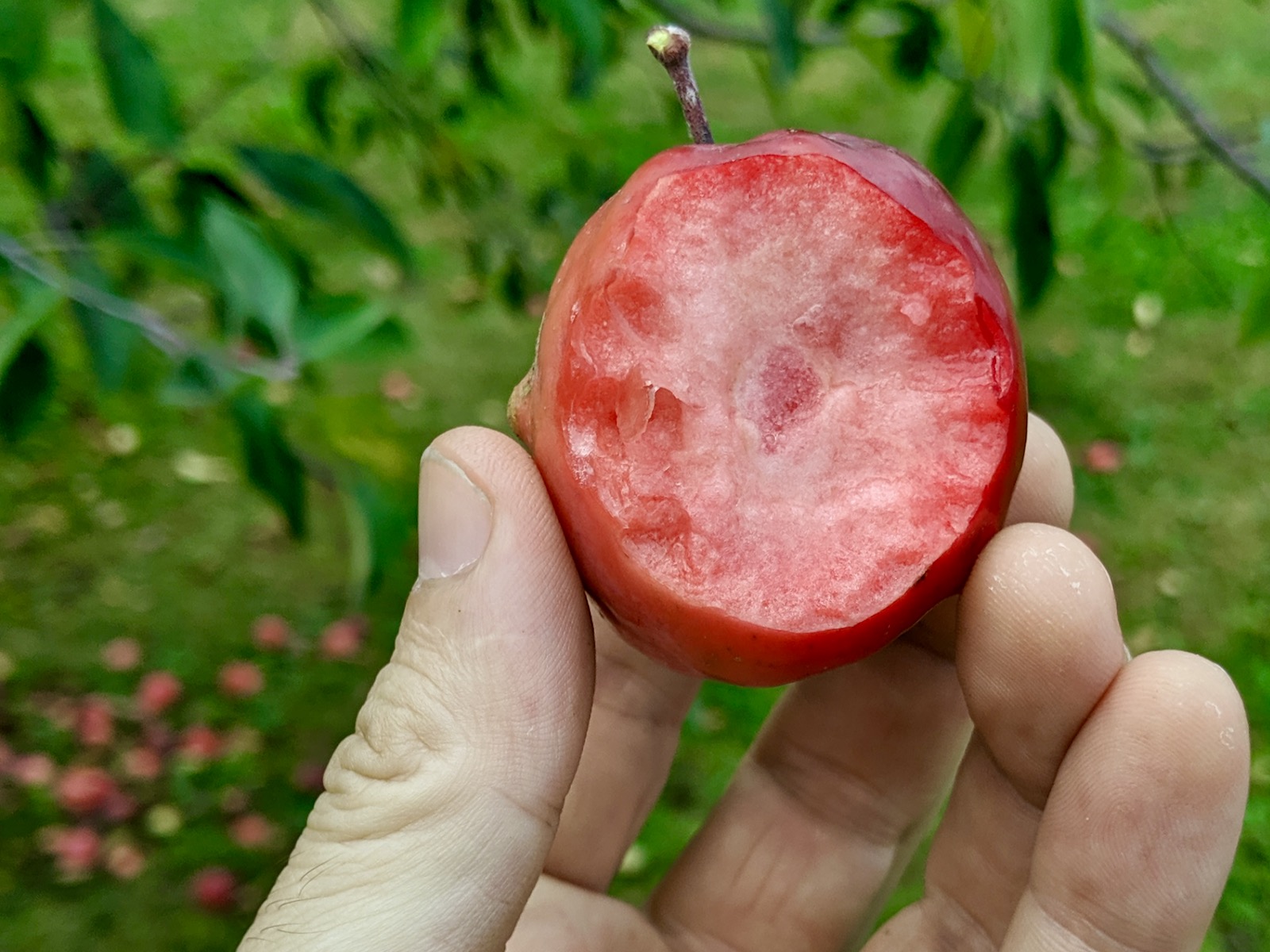 "I challenge traditions sometimes because the longevity of a tradition doesn’t always determine its merit or legitimacy," he adds. "I want to challenge people to rethink the way that we think about cider. I want to challenge people who think we can’t make good cider from dessert apples or a single varietal cider that’s really delicious. I want to demonstrate that, if you’re having trouble making a cider with a specific type of apple, it’s not about the apple. It’s about the person making the cider."

In kind, Keller says he also wants to take the opportunity to tell the stories of the apples, their histories and heritage.

It’s a reclamation of sorts, he says.

"We have all this cider in the market, and all these stories that cideries are telling," he says. "But only a few are telling the stories of the apples themselves. So, I’m doing this, in part, for the sake of historical preservation and to help promote pride in the agricultural traditions that came before us."

But it’s also about inclusion, he says, and – ultimately – antiracism.

"As we talk about these things," he says, "And as we educate ourselves and others, the conversation has to be broadened. It needs to be inclusive. It’s not just an education about apples; it’s a conversation about racism in this country and the people to whom we owe our cider-making traditions."

Keller says it’s the perfect time for Americans to relearn the history that’s been masked and conveniently forgotten.

"There was a time, before prohibition, when people in the U.S. drank more cider than beer," he says. "And there are stories of how colonists grew good apples and made good cider; but the truth is, those apples were largely cultivated by slaves. And those slaves also made the cider. So, as we reexamine these traditions, it’s really important that we do so with everyone at the table."

As a result, Keller says, he’s hoping to create a company that includes partnerships with people of color.

"I’m in the beginning stages of building this," he says, "So I am still open to conversations with people who might want to be involved."