ABV Social, a sports bar and pub with a unique warehouse feel, will be opening in early June. And we've got an exclusive peek at the finished product, along with a glimpse into the journey to completion.

We’ve had the special opportunity to cover the progress of the Bartolotta-managed restaurants at the Mayfair Collection from start to finish, including their design and build-out. And after months of meetings, design conversations and construction, the first of the three restaurants is preparing to open.

ABV Social, a sports bar and pub with a unique warehouse feel, will open in early June. And we’ve got an exclusive peek at the finished product, along with a glimpse into the journey to completion.

For eight weeks, we made weekly trips to the construction site to take note of the progress being made on the restaurant. And here’s a bit on the transformation we witnessed.

The bar features a mostly "crafty" collection of 20 taps containing 10 core beers and numerous rotating and seasonal varieties. A bottle collection of an additional 60-plus options rounds out the selection. 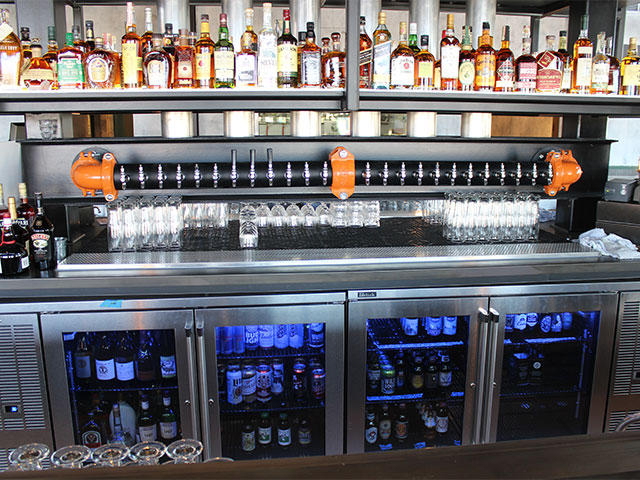 And in case you're curious, the kegs are on display in their own fridge and pumped overhead to the bar area. 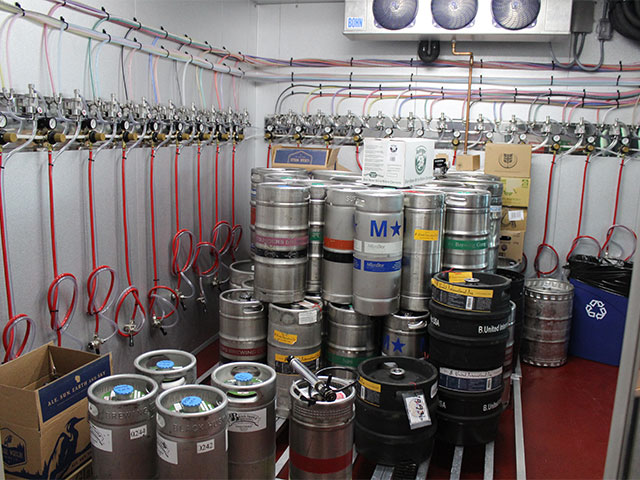 Of course, there will be other beverage options including cocktails, soft drinks and other non-alcoholic drinks.

We’ll have a peek at the food at ABV for you next week. But in the meantime, there are some highlights we can share.

"The menu is fun," notes Zach Espinosa, executive chef for the Mayfair Collection restaurants, "It's simple, but really elevated as far as bar food goes. But it's still bar food."

Options include snacks, wings, burgers, salads and sandwiches along with entrees including a wurst platter featuring Usinger's sausage, macaroni and cheese, and a housemade Cornish pasty.

Among the wing selection is an option called "Chinese Takeout" which mimics the flavors of orange chicken. 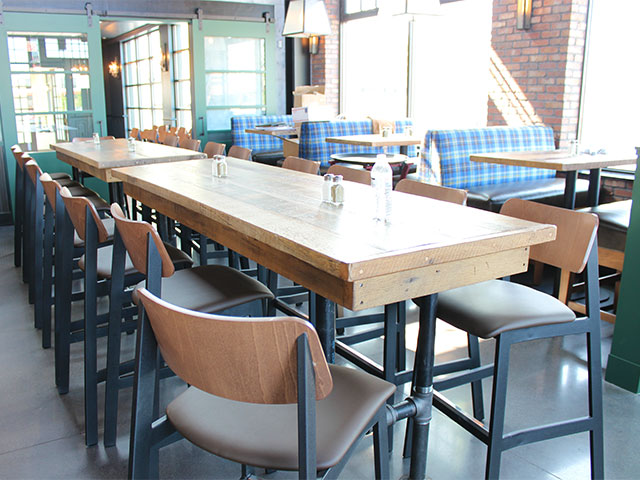 There’s also mezzanine seating that overlooks the lower portion of the bar and restaurant. 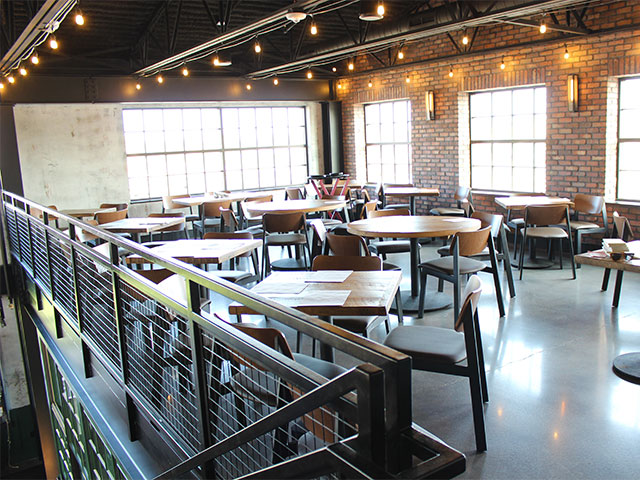 And those garage doors you see looking down from the mezzanine? They open, so there will be plenty of fresh air on clement days. 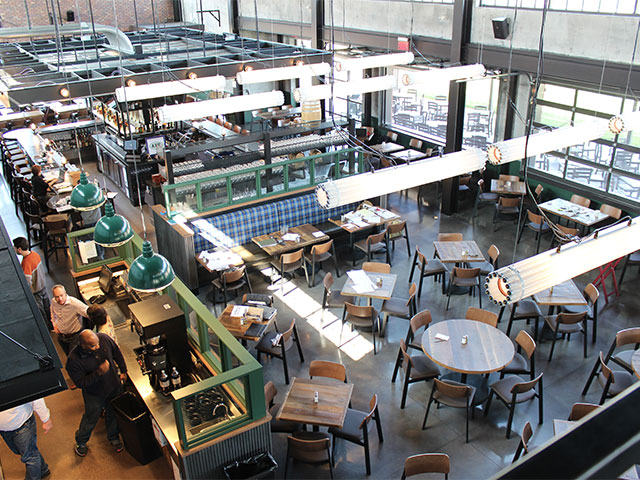 There are plenty of televisions – 15 in all – along with packages that cover every sports event from soccer to football. 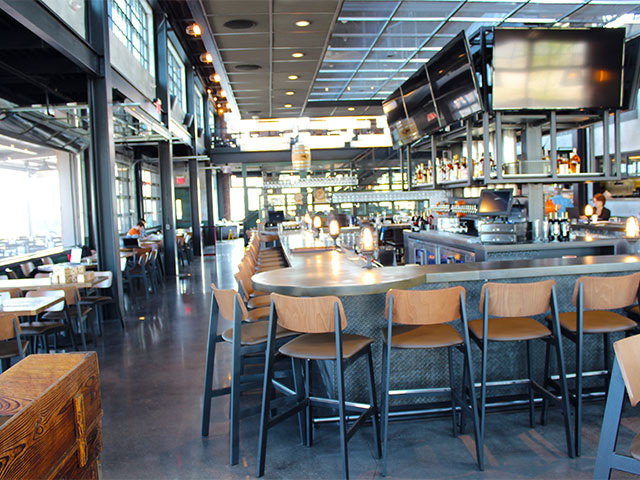 "During a Packers game, it will be a sports bar," notes Scott Williams, multi-unit director for Bartolotta Restaurants. "But on an average Tuesday night, it will be a fun spot to grab a bite to eat and a few beers."

Beyond television, there will be plenty of ways to amuse yourself at ABV. There will be video games in the lounge on the south end of the restaurant, along with table shuffle board. 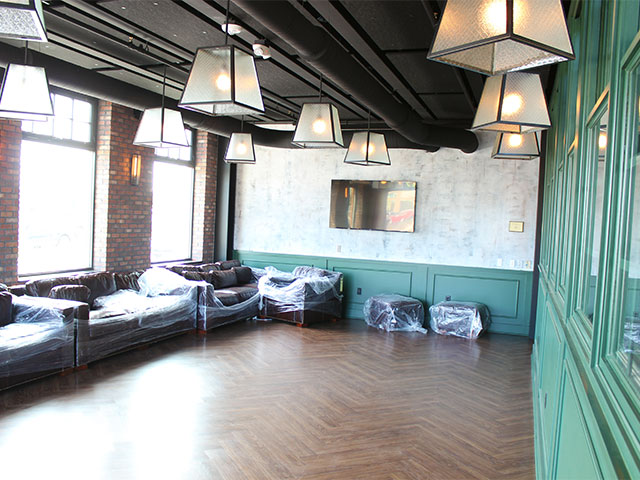 On the patio, which sports a sizeable track of green space, there will be oversized Jenga, bags and other yard games to while the time away. 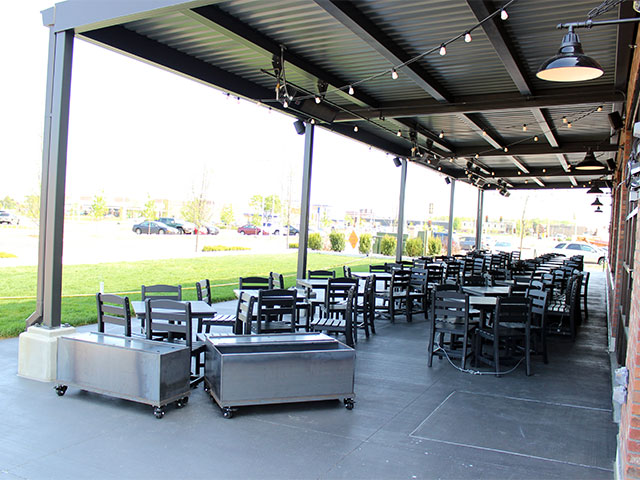 "We have a great patio … and we’ll have a really great happy hour," notes Williams. "In many ways, we want people to come here and never want to leave."