We were fortunate enough to get a look at the brand new Black Husky Brewing taproom in Riverwest during the brewery's soft opening this past weekend. And it's a fitting tribute to both the brewery's beer and its former digs in northern Wisconsin.

Black Husky Brewing has made its transition from Pembine to Milwaukee. The new brewery and taproom, located at 909 E. Locust St., will officially open to the public on Wednesday, Aug. 3 beginning at 3 p.m.

We were fortunate enough to get a look at the space during the taproom’s soft opening this past weekend. And it’s a fitting tribute to both the brewery’s beer and its former digs in northern Wisconsin.

"We didn’t do anything super extravagant," says co-owner Toni Eichinger, who owns the brewery with her husband Tim. "But we wanted everything to be of good quality. We tried to bring in some of the look and feel of the brewery in Pembine, but we also wanted to create a space that was comfortable and welcoming."

That includes multiple reminders of the namesake "Black Husky," including a wood-carving from Rhinelander artist Cheryl Campbell. 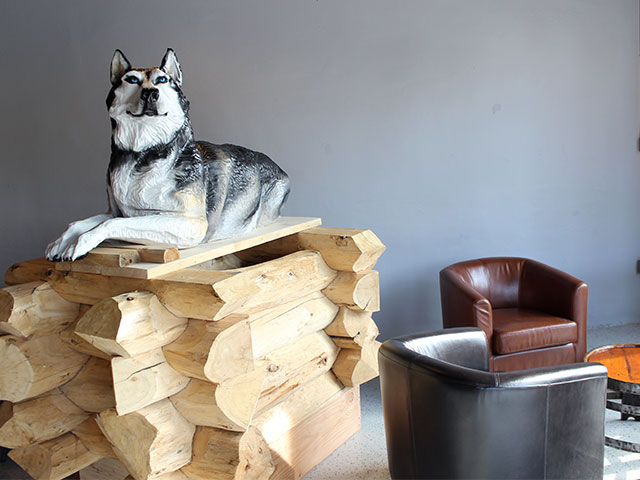 Although the new brewery will allow Black Husky to increase production in a move from a three to 10-barrel system with 20 barrel fermenters, the Eichingers say they’re not looking to push their capacity in any big ways. And the taproom, they note, will simply provide a place for them to share what they’re making with others.

The focal point in the taproom is a hand-constructed log bar, which seats about 16. 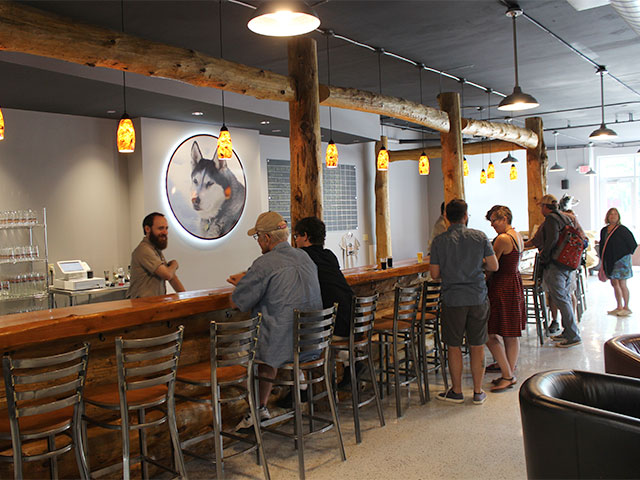 There is also plenty of space for lounging at lower-sitting chairs accompanied by tables built from retired whiskey barrels. 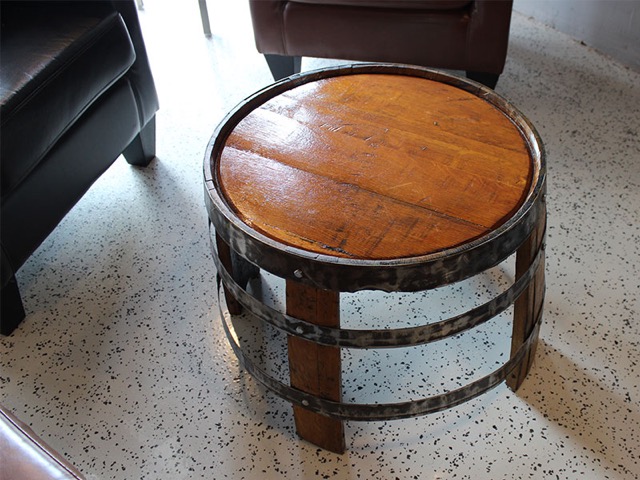 An oak counter along the windows will also provide additional seating.

"That’s an element we brought with us from Pembine," says Tim. "We’d buy semi-loads of firewood, and there was this beautiful piece of oak. It was too nice to use as firewood. So we pulled it together to create a counter."

The point, note the Eichingers, is to provide a space where folks can enjoy one of the (currently) eight beers on tap and socialize with friends and neighbors. 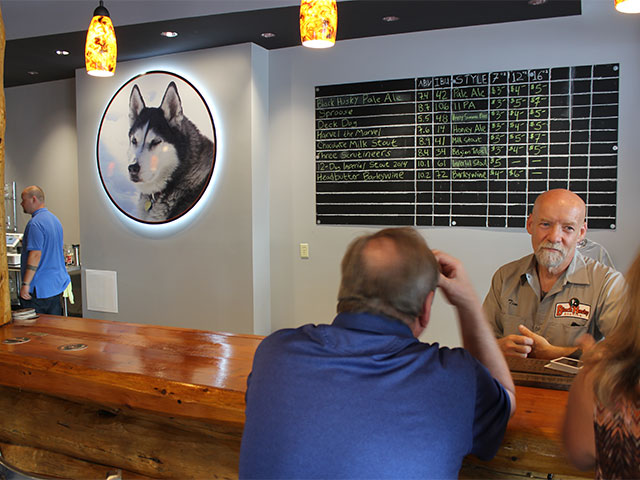 "Bars used to be a place where people would go and socialize," notes Tim of the space. "And you can’t lose sight of the fact that beer is a social drink. It’s a place to get away from all the ugliness and really enjoy one another’s company."

"Up in Pembine," notes Toni. "You just have a lot of small dive bars, but what I remember is that you always have someone who comes in and goes up to the bartender with something that he’s leaving for someone else to pick up."

The outdoor patio beer garden, which the Eichingers note is a work in progress, will also provide a space for beer drinking. Smokers should note that, even outdoors, the patio is non-smoking. 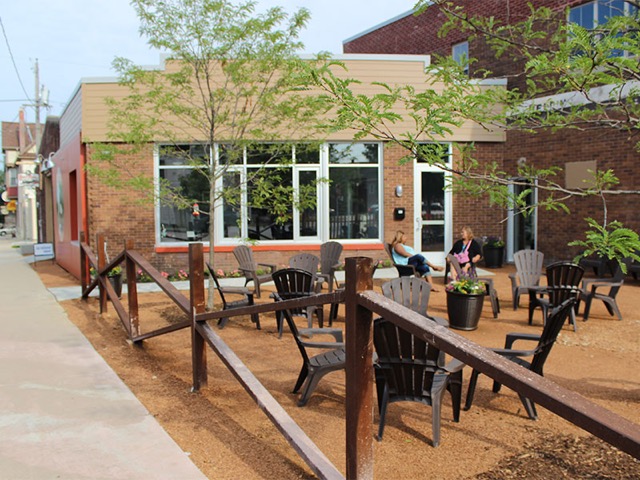 Although the taproom doesn’t have a kitchen and won’t serve food, the Eichingers say that they’ll allow folks to order out for food or bring carry-ins if they’d like.

"Our goal is for it to be a somewhat quiet space," adds Toni. "We want it to be a place where you can sit down and read a book, chill out. Get away, out of your normal space." 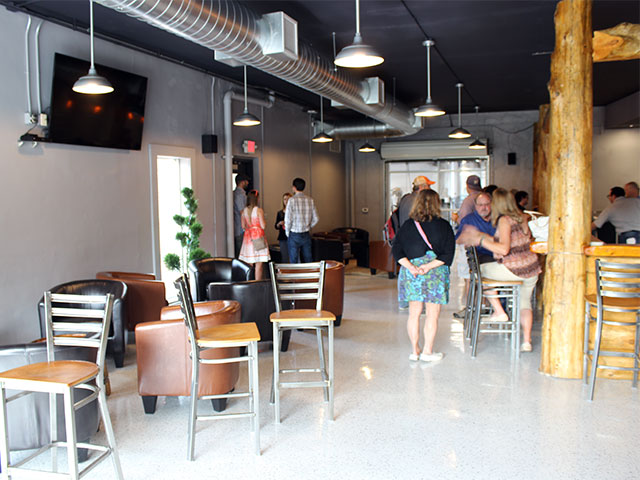 As for the music, Tim says it will be a mix of things they love.

"You’ll hear a bit of Horseshoes and Hand Grenades," he explains. "And maybe a little Abba mixed in there or Aha … And every night at bar close you’ll hear Pavarotti singing 'Nessun Dorma'."