A sneak peek at the new Crawdaddy's

There's quite a bit that looks familiar at the new Crawdaddy's, located just west of its former digs on Greenfield Avenue, including plenty of seafood and those famous honey glazed carrots.

Crawdaddy’s, the popular restaurant which served up Louisiana-style fare for 18 years at 6414 W. Greenfield Ave. before closing up shop in 2013, will be making its debut on Tuesday, Feb. 9 in a new location.

The new Crawdaddy's, which is located at 9427 W. Greenfield Ave. in the former home of Big Dogs Sports Grill, has been gearing up for its Mardi Gras debut for a number of months as the new location was being remodeled. And we got a sneak peek at their new digs – and food – at the restaurant’s soft opening. 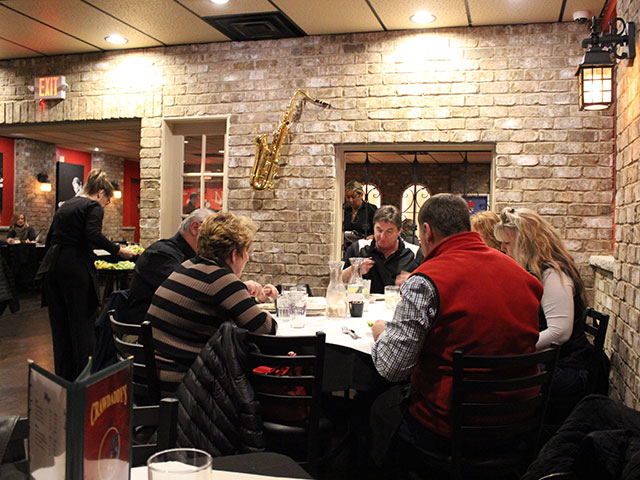 Familiar elements are also in tow, including the multicolored glass and scrollwork divider, which is mounted behind the bar. 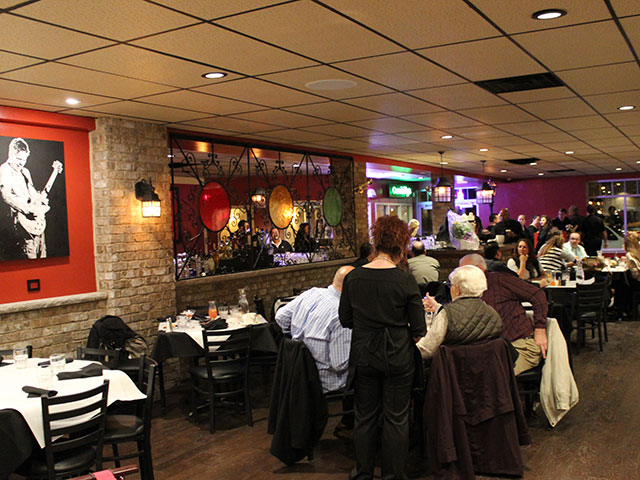 Crawdaddy's has a long history of creating Cajun fusion dishes which are both reminiscent of New Orleans and unique to Milwaukee. And that aspect of the restaurant has not changed. In fact, numerous old favorites will still be featured on the menu alongside new creations.

On our visit, we started off with the fresh oysters, which were served with the usual accouterments of lemon, horseradish and cocktail sauce.

"Craw Tails" feature one-half pound of shucked crawfish in a spicy creole style sauce. The dish would have been perfect served with a bit of French bread on the side to soak up all of its saucy goodness. 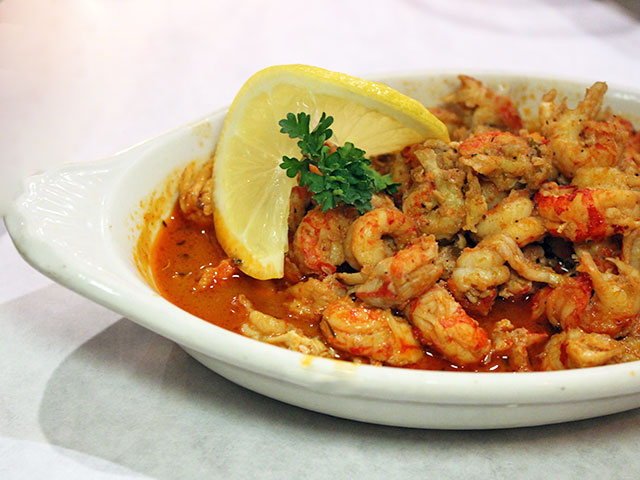 Meanwhile, "Shrimp from the Bayou" come seasoned and sauteed in garlic herb butter and served atop house rice. 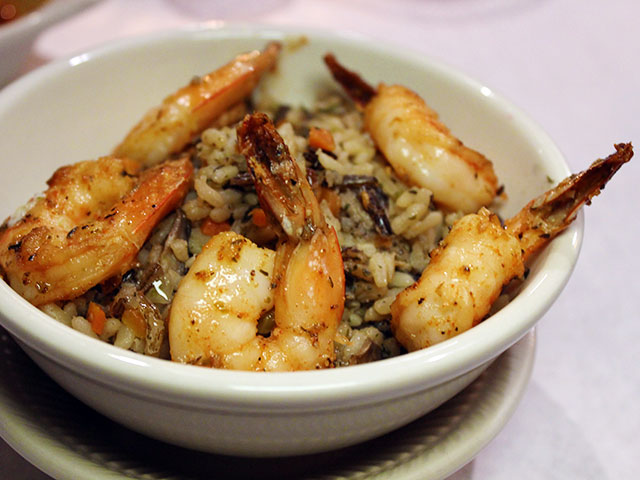 We also sampled the classic Crawdaddy's Gumbo Ya Ya, a mild tomato based stew with chicken, ham, sausage and okra, served up in a small ramekin with slices of French bread on a bed of white rice. 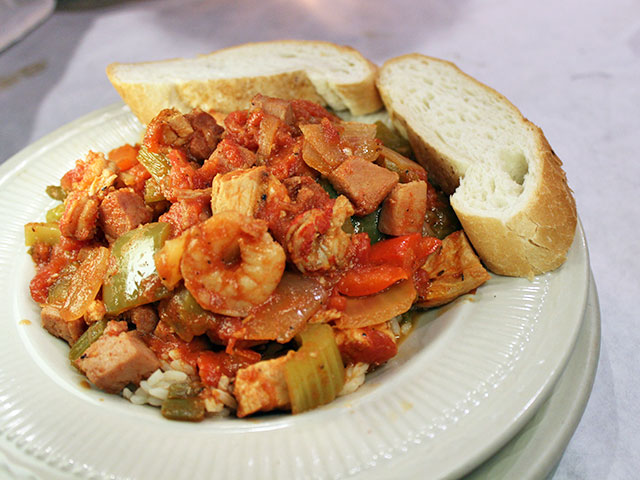 Cinnamon and chile seared scallops were seared and topped with cherry pecan butter. They came with a serving of house rice and Crawdaddy’s famous spicy honey glazed carrots. 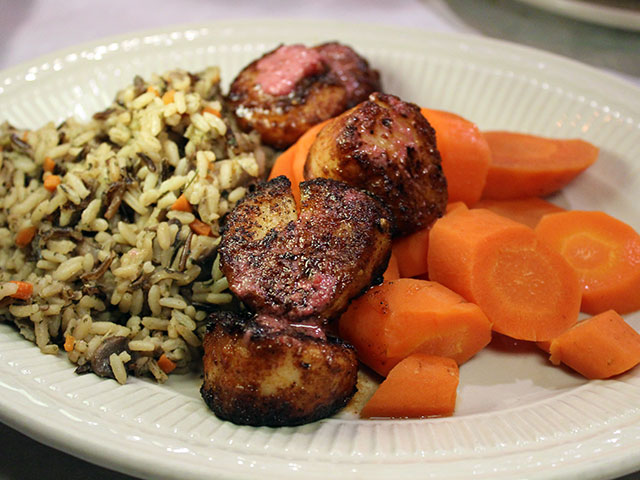 The star of the show, however, was the stuffed mirliton – a native New Orleans summer squash variety – which was filled to the brim with a shrimp, andouille and crawfish stuffing and topped with choron sauce. It’s served with buttery angel hair pasta and carrots. 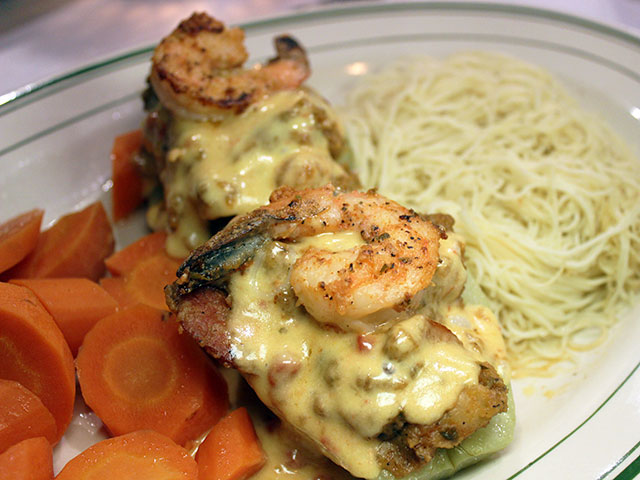 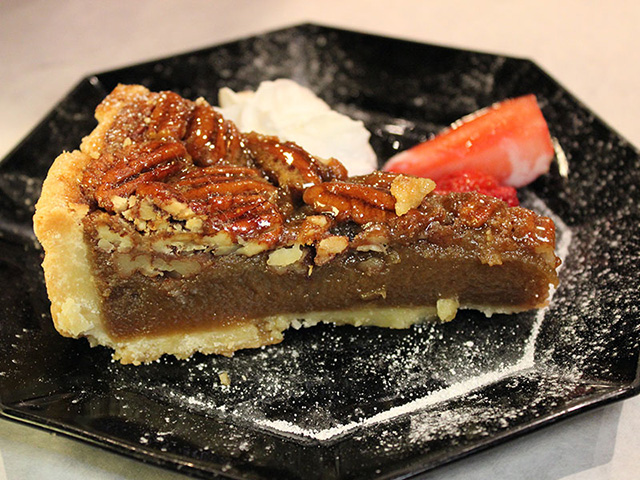 On the cocktail side, choices include Chartres, a bourbon-based riff on the classic mojito; Bienville, a riff on a French 75; the Toulouse with rye whiskey and campari; a classic New Orleans hurricane called Chandelier Sound; and Dumaine, a milk punch with brandy and nutmeg. Meanwhile, the beer menu includes a good showing from Abita Brewing, including their amber, Turbodog, and Purple Haze on draft, along with a variety of domestic taps and bottles of both craft brews and imports.

Crawdaddy’s will open Feb. 9 with a ribbon cutting ceremony at 10 a.m. followed by Fat Tuesday service starting at 11 a.m.; reservations will be taken for parties of eight or more. Moving forward, hours for the restaurant will be Tuesday through Friday from 11 a.m. to 2 p.m. and 4 to 10 p.m. and Saturday from 3:30 to 10 p.m.