We got a look at the new upgraded Hamburger Mary's space in Walker's Point, which will feature more of everything - including a bigger bar, more seating, a snazzier patio and a surprise new venue next door which will open in the coming weeks.

Hamburger Mary’s is gearing up to open at its new location at 734 S. 5th St. in the former home of La Perla restaurant. In fact, if all goes well, it’ll be ready for its first customers beginning the first weekend in November. And customers have reason to be excited about the new Walker’s Point upgrade

The main restaurant and lounge space will be located in the old La Perla Tequila bar, while the space next door will be a separate (but connected) venue called Mary’s Beercade. The Beercade will open within a few weeks of the main location and will feature craft brews and arcade games, along with a slightly abbreviated menu focusing on appetizers – including a variety of flatbreads.

"We've been working really hard to get this space ready, and we're really excited for people to see it for the first time," says co-owner Ashley Wright, who owns the Hamburger Mary’s brand with his brother, Brandon, noting that the expanded space will accommodate all the things customers loved about the Bay View Hamburger Mary’s, along with numerous new and ever-evolving features.

We got a look at the new space, which offers up a large dining area with multi-faceted patio spaces that will offer the restaurant plenty of room for HamBingo, Mary-oke and drag shows, as well as casual dining and malingering at the bar. 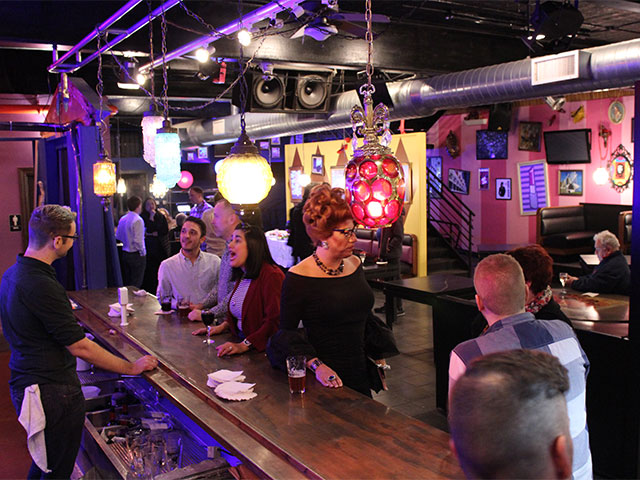 "We wanted to make it more elegant, but in the same classic kitschy Hamburger Mary’s way," notes Wright.

The first thing patrons will note is the larger bar and all of its backlit charm. 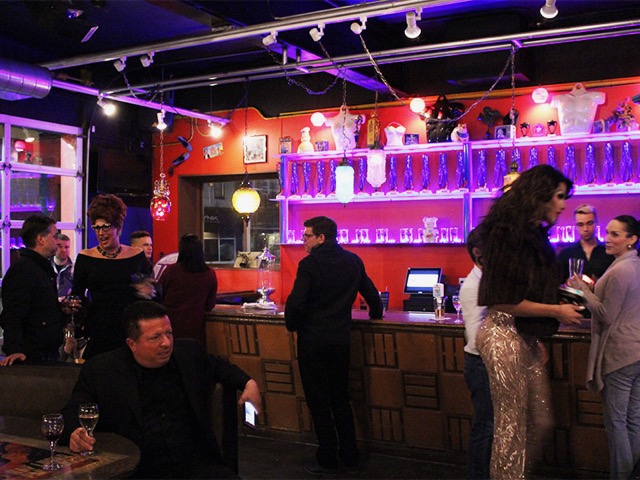 The adjacent stage is visible from all areas of the restaurant, offering the same interactive capabilities as the former location. 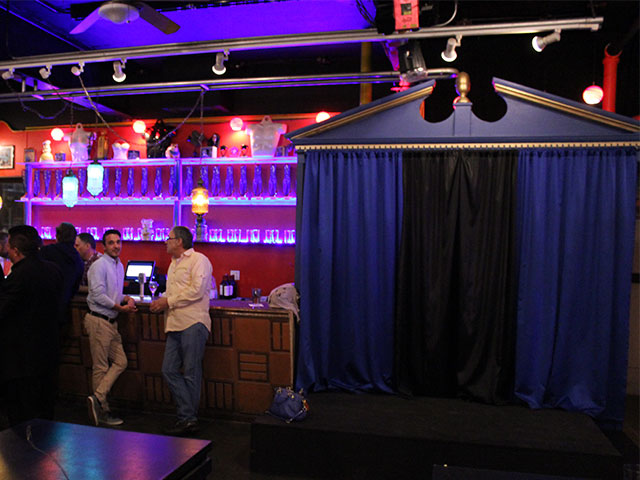 Along the inner wall, there’s Mary’s portrait gallery, which features artwork designed by Ashley, depicting Mary in a variety of classic poses augmented (of course) with a bit of humor. Titles include "Pinky Mary," "Mona Mary" and "Where my burger at?" along with Ashley’s personal favorite, "Mary Cross Dressing the Delaware." 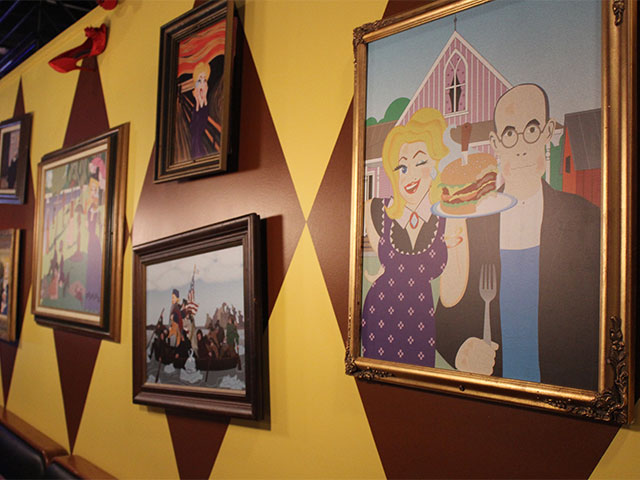 The murals from the exterior of the Bay View location have also been recreated as art, which decorates the walls in the new space. 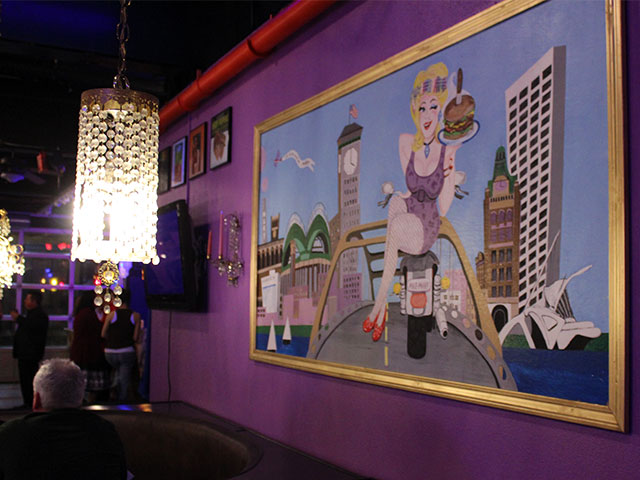 Booths from the Bay View location have been repurposed in the classy new space, which will feature a very similar menu. Additions will include a La Perla Burger, featuring chorizo, pico de gallo and chipotle. 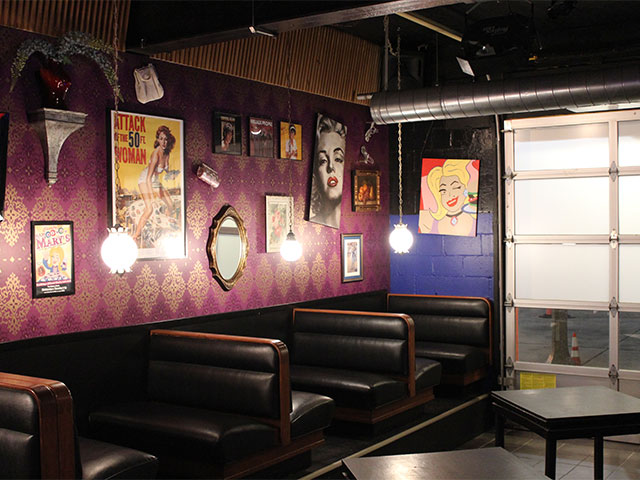 And if you’re wondering what will happen to the lovely rooftop patio, Wright says that it will be updated for use during special events, including Mary’s Tea Dance, the equivalent of Hamburger Mary’s Sunday afternoon dance party.

The Beercade, which is still under construction, will occupy two rooms to the south. One will include a variety of arcade games, most of which will be free to play. 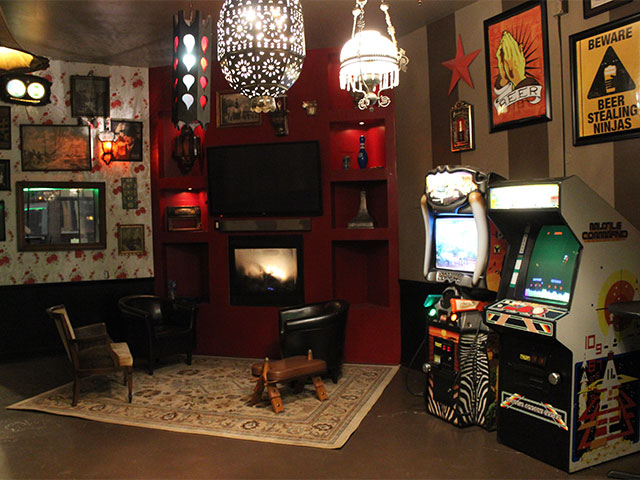 The other will feature a bar and seating, along with an appetizer menu. The bar will offer a hyper-focus on Midwest American craft beer. However, Wright notes that they’ll be branching out to include additional international and domestic craft beers. Brews from neighborhood brewing company, Brenner Brewing, will also be on tap. 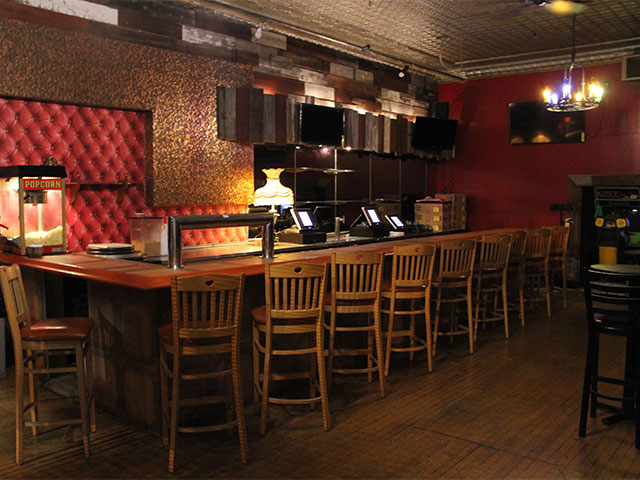 A bonus touch: The iconic chili pepper from La Perla will continue to stand as an homage to the building and its former tenant. 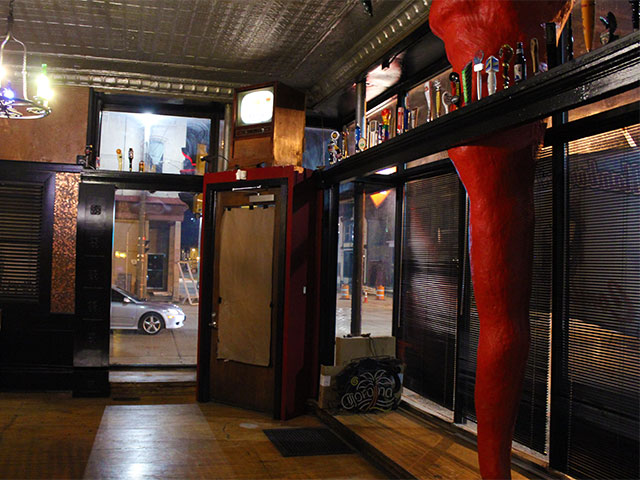 Watch Hamburger Mary’s Facebook page and OnMilwaukee for updates in the coming weeks.