There's a brand new restaurant opening in Elm Grove on Aug. 8. The Wall Street Drink Exchange aims to conjure up the look and feel of New York City, with a casual fine dining menu that offers a variety of options from burgers and pasta to steaks and chops.

A new restaurant called the Wall Street Drink Exchange will open in Elm Grove on Aug. 8 at 11 a.m. The new eatery, located at 890 Elm Grove Rd., takes the place of Rewined Modern American Grill, which closed this year after a nine-month run. Prior to Rewined, the space was occupied by longtime tenant The Grove.

During the remodeling process, which began June 1, Grosenick and his team opened up the space to including a dining area that seats about 80. The bar area seats about 40 and was augmented by new lighting and amenities, including purse hooks. The kitchen also received an upgrade, including the addition of new equipment.

A deck to the north will offer an intimate, casual space for diners to linger. 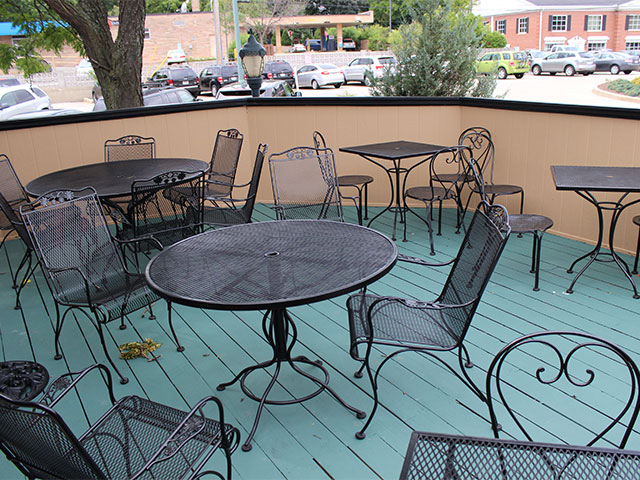 Meanwhile, a patio will be added to the courtyard on the south of the building, offering 20-30 additional seats for al fresco dining. 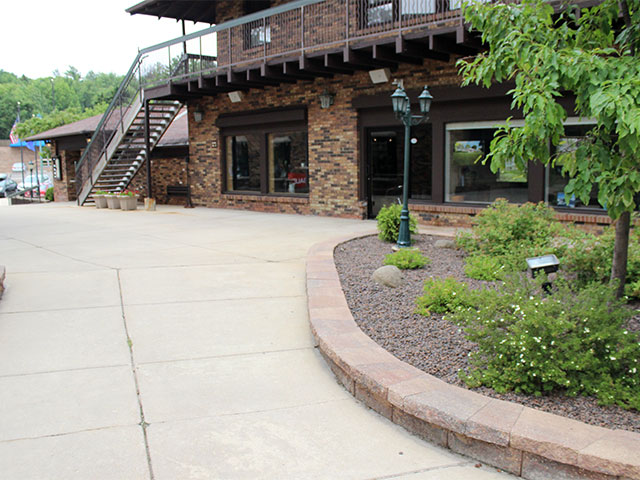 Wall Street refers not only to the street that flanks the restaurant to the south, but also to its theme, which revolves around the imagery of New York City. 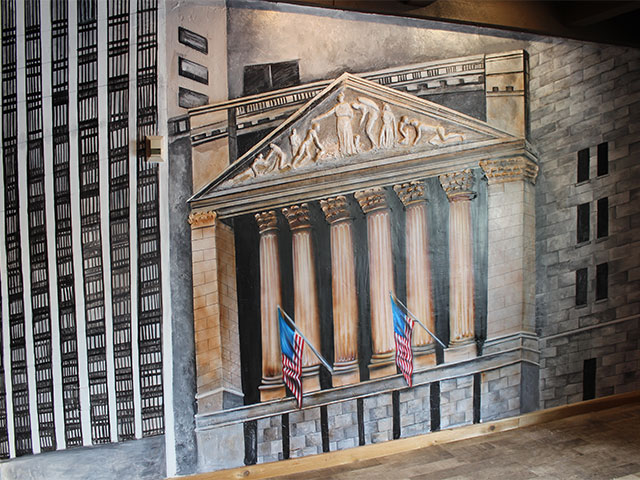 One such mural pays homage to some of New York’s most infamous mobsters. Meanwhile, windows on the northern walls offer up a live Earthcam view of Times Square and other scenes from NYC. 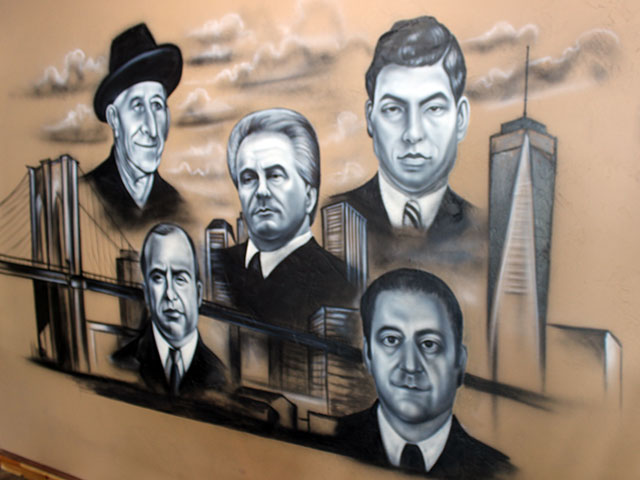 "We really worked to make the concept unique and fun," says Hugo "We’ll offer people something that they’ve not seen in this area, giving them a little piece of New York in Elm Grove."

An extensive wine list will feature 98 offerings by the bottle with 22 available by the glass. Flores says the selection includes an emphasis on California varietals, along with a nice selection of international varietals.

Meanwhile, a cocktail menu, which was designed by bartender Stephanie Aker and her team, will feature seven signature New York-themed cocktails with names like Market Close, Blue Chip, Money Maker and the Mula, priced $8-12. The bar will also serve a bacon Old Fashioned made with house infused bacon bourbon. 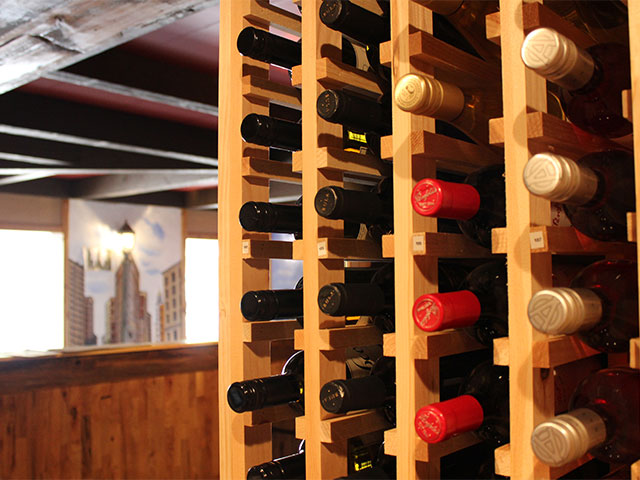 Chef Ricky Garcia, whose experience includes work at HoM Wood-fired Grill in Brookfield, as well as the Villa at Heaven City, will head up the kitchen.

"My style is really very simple, fresh," he says. "I love creating dishes with just a few quality ingredients. So this concept is really based on fresh, farm-to-table dishes … classics with a twist."

A lunch menu offers up many of the same options as the dinner menu, with a larger selection of sandwiches, including a vegetable pita with pickled onions, peppers, tomatoes, broccoli, spinach, cucumbers, lettuce and avocado aioli for $9, and a classic Reuben ($10). 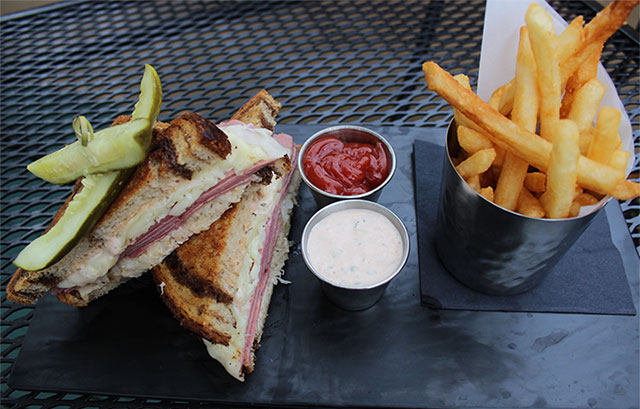 The menu features a variety of starters, including familiar items like bacon-wrapped water chestnuts with chili-soy maple glaze ($12). 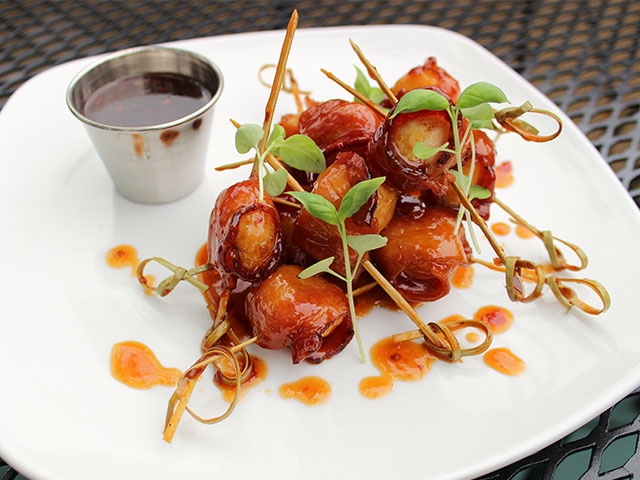 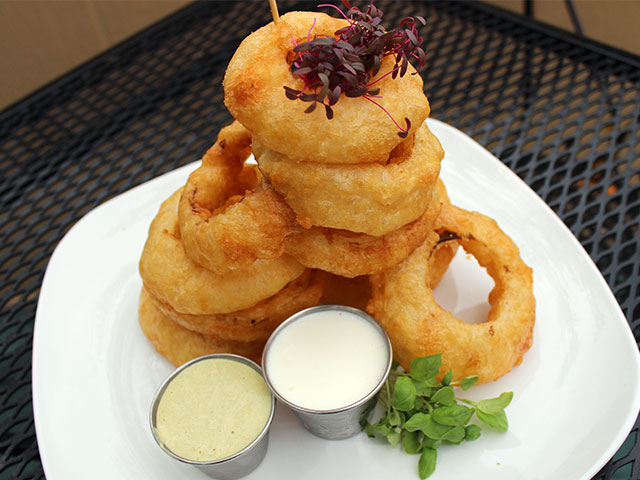 Shrimp cocktail – which is grilled, rather than boiled – is served with cocktail sauce and rosemary gremolata in a martini glass ($14). 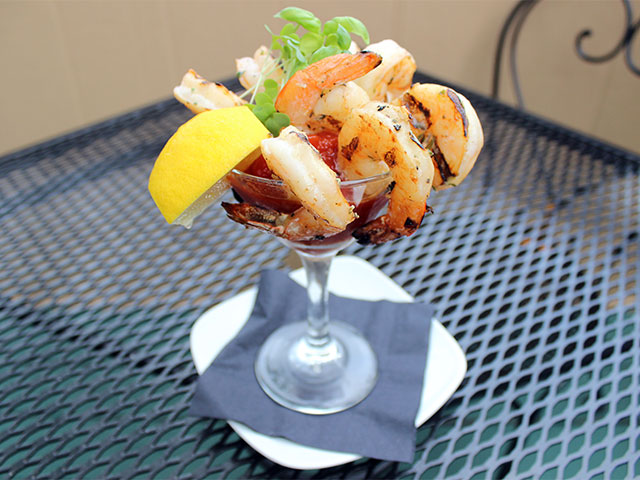 Salads include caprese and Caesar ($8-10), along with the classic steakhouse wedge ($11) and a house salad served with champagne raspberry vinaigrette. 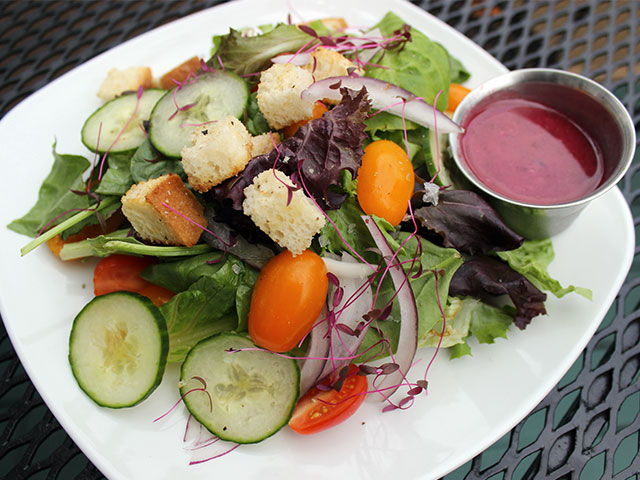 Entrees run the gamut from burgers to pastas and steaks. 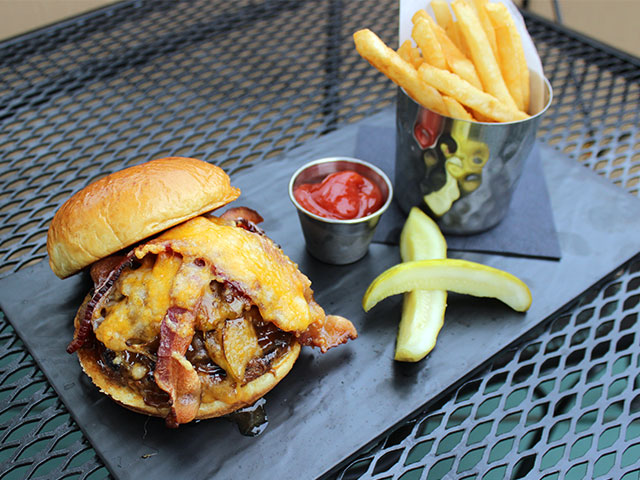 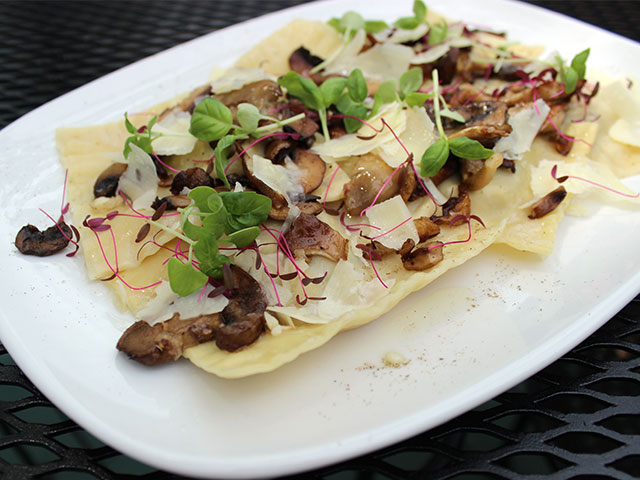 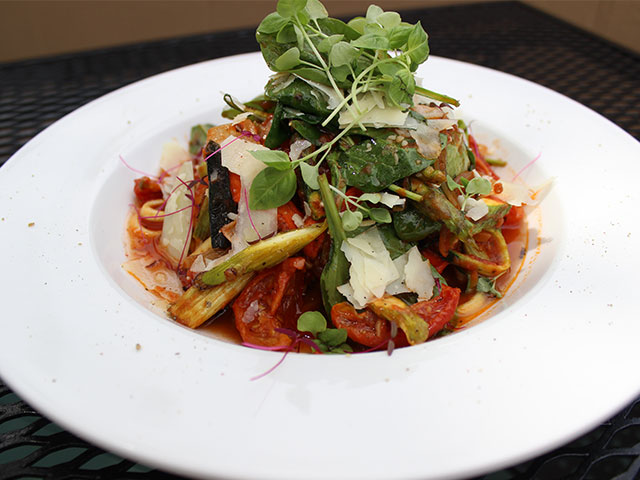 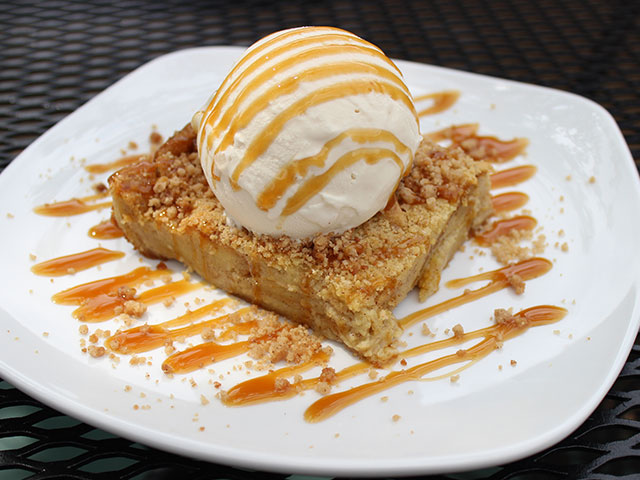