We got a first look at the new space - and its tiki-style cocktails - at a soft opening this weekend. And here's what to expect from this new Polynesian themed spot in East Tosa.

A much anticipated bar and restaurant, Wauwatiki Bar & Grill, will open to the public on Monday, April 4 at 6502 W. North Ave. But, we got a first look at the new space – and its tiki-style cocktails – at a soft opening this weekend. So, here’s what to expect from this new Polynesian themed spot in East Tosa.

One of the first requirements for any tiki bar is the tropical, island-like feel. And Wauwatiki captures those elements through a tiki-hut style bar, complete with a "palapa" thatched roof. 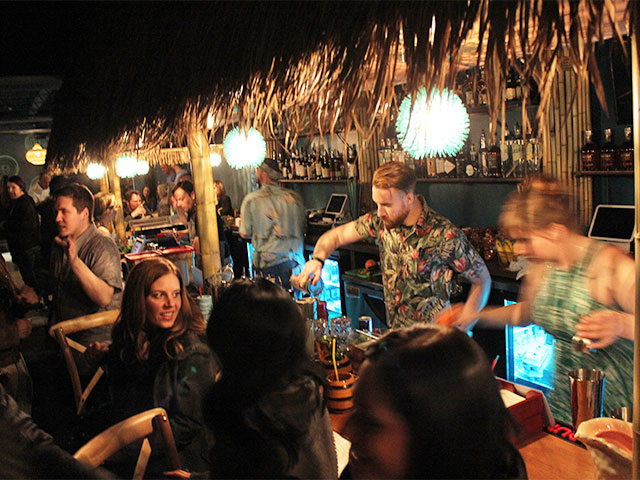 Intimate spaces, including hut-style booths, offer customers niches to "get away" from the crowded bar and enjoy conversation with friends. 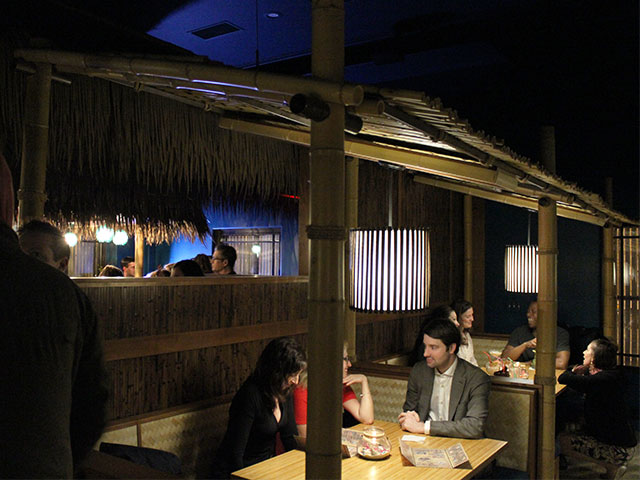 Design for the bar and restaurant, which was orchestrated by Flux Design, has plenty of quasi-kitschy elements, including bamboo accents, and tiki-themed carvings and patterns. The light is scant, evoking a slightly mysterious element that’s common in most tiki bars across the nation. 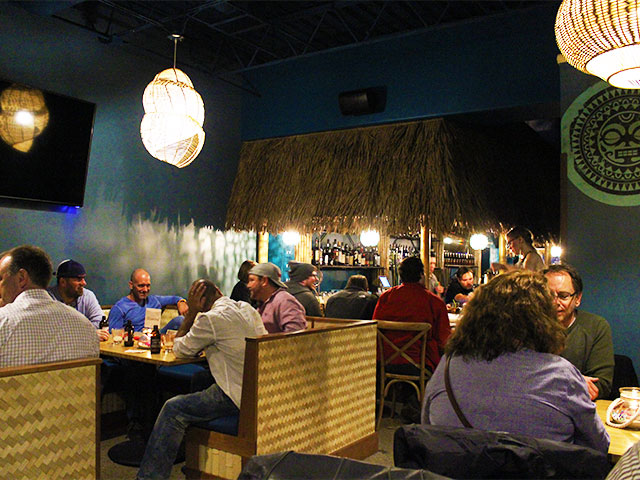 Then, of course, there are the cocktails. As you’d expect, most are a visual feast, with creative garnishes, flames and fronds, served in themed tiki-ware.

There are a variety of tiki bowls, including the "Shiver Me Timbers" which comes in at a whopping $225, but serves up to 10 people with a brew that’s made from spiced rum, Jamaican rum, dry curacao, amaretto, orange, pineapple, lime and Napa brut sparkling wine.  More modest choices include the "Jamaican Me Crazy" ($35) which serves two to four guests, is a potion made with three types of rum, lime, orange, pineapple, honey and grenadine. 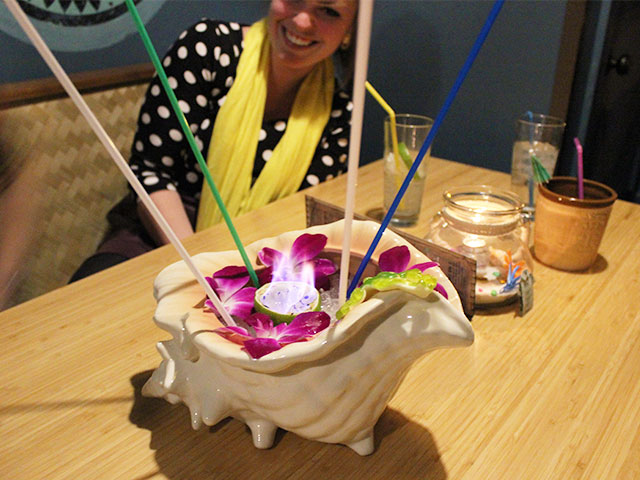 The Trader Vic’s mai tai ($11) made with light and dark rum, dry curacao, orgeat, lime and mint with an over proof rum float is garnished with a garden of mint and an edible orchid. 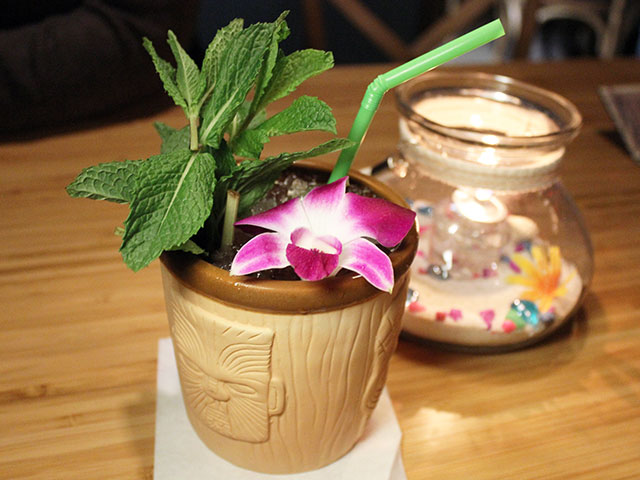 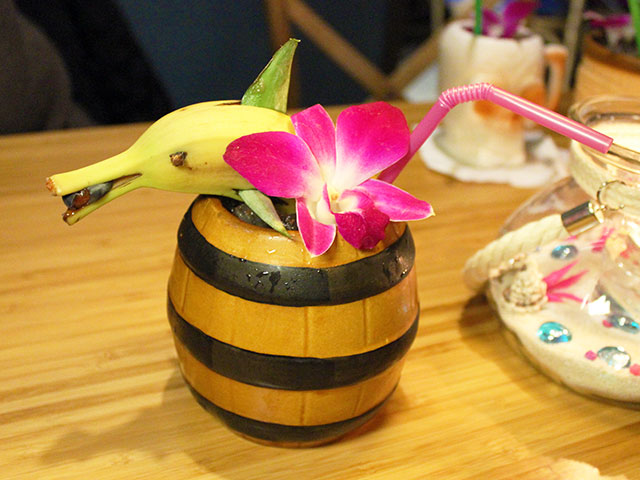 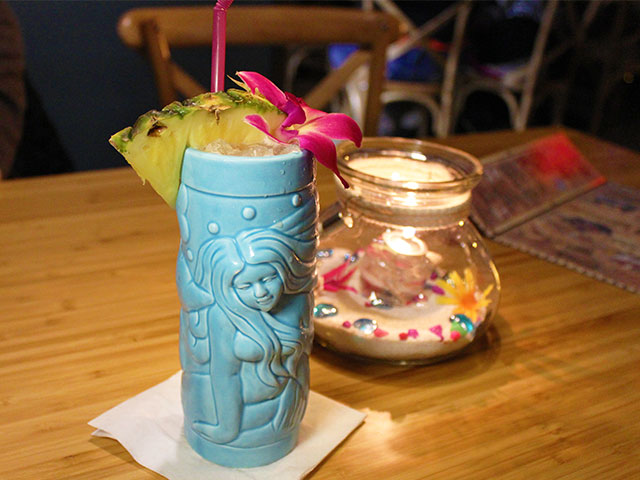 Meanwhile, "Baka’s Brew" ($11) sports Caribbean three-star rum, maraschino liqueur, grapefruit, falernum, lime and mint served up in a glass with a face that only a mother could love. 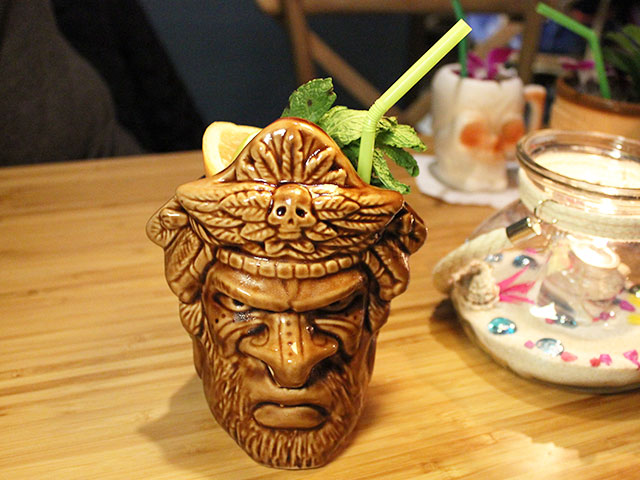 And, if you’re feeling a little like a pick-me up, this skeleton mug comes filled with "Caribbean Caffeine" ($11), featuring a mix of rums, tequila, passion fruit, cold brew coffee, pineapple, lime and Bittercube Jamaican #2 bitters. 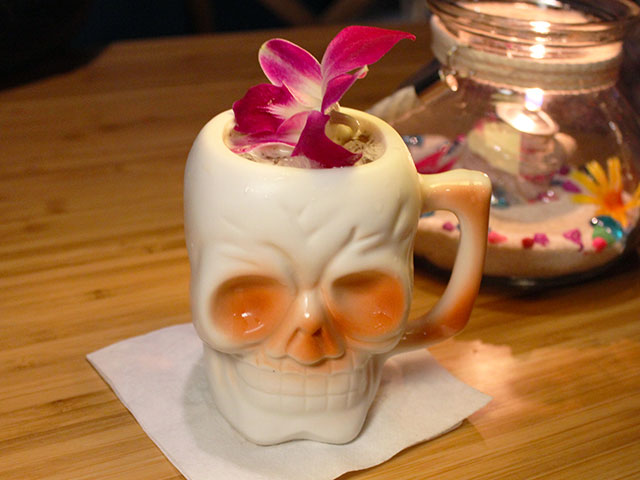 Wauwatiki is bar only for now, with food coming soon. Beginning April 4, Wauwatiki will be open from 4 p.m. to close daily. Once the kitchen is open for business, the bar and restaurant will open at 11 a.m. daily.