This morning, Mayor Tom Barrett tweeted before-and-after images of a new park envisioned for a vacant lot next to the Fondy Farmers Market on 22nd Street and Fond du Lac Avenue. Here's some more info on the park, for which ground is expected to be broken by April.

This morning, Mayor Tom Barrett tweeted before-and-after images of a new park that is envisioned for a vacant lot next to the Fondy Farmers Market on 22nd Street and Fond du Lac Avenue.

Here's a sneak peek at the "before-and-after" of our latest neighborhood improvement project at the vacant lot next to Fondy Food Market. pic.twitter.com/fZmVfJ6UcA — Mayor Tom Barrett (@MayorOfMKE) February 8, 2017

According to a city web page on the project, it is "a multi-year, public/private partnership led by ECO's HOME GR/OWN converting a 3/5-acre City-owned vacant lot into Milwaukee's newest, most sustainable urban ‘town commons.’" 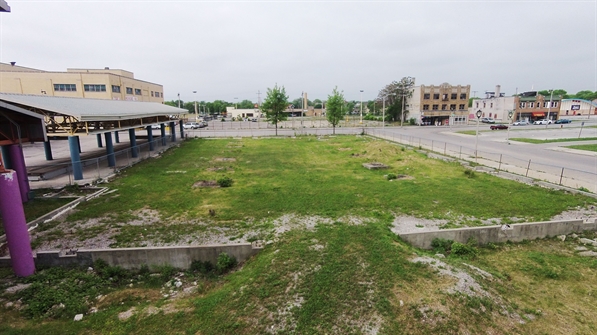 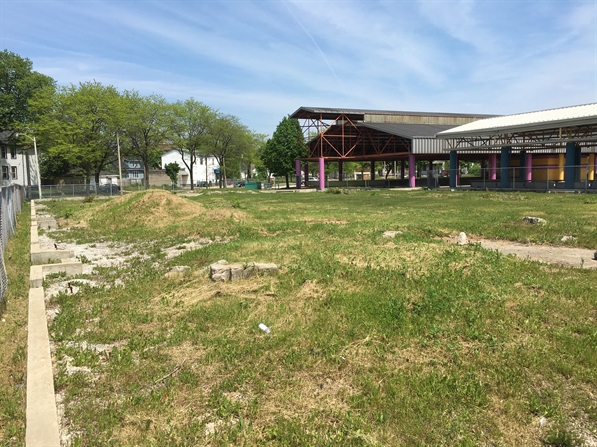 The first phase of the project is slated for construction between April and August of this year, according to the site. This phase will include the installation of a stormwater management system and a hardscaped and landscaped park.

As part of the stormwater management system, rainwater will be collected on the roofs of the Fondy Market and the park will also include a large bioswale to absorb water. The goal is to help prevent basement flooding in the adjacent areas and prevent sewerage outflows into the lake during heavy rains.

Water will be collected via roof gutters as well as by pipes that will redirect water that would typically drain into sewers. That water will be redirected instead to the 2,500-square foot bioswale and a 1,500-gallon above-ground cistern.

The water in the cistern will be used to water the park’s greenery, which will include native perennials that will support pollinators.

The Milwaukee Metropolitan Sewerage District and Veolia, its contracted partner, will be able to control in- and out-flow of water in this system remotely.

"Given the size and scope of this project, it is considered to be a multi-year project from the start," the site notes. "Resident and stakeholder outreach and design sessions along with neighborhood surveying to solicit advice, comments and design ideas began in November and continues through February 2017. Until we come up with a final name, we are simply calling it ‘Fondy Park’."

A second phase is projected to be built between April and November of 2018.

Here are three renderings of what the park will look like upon completion: 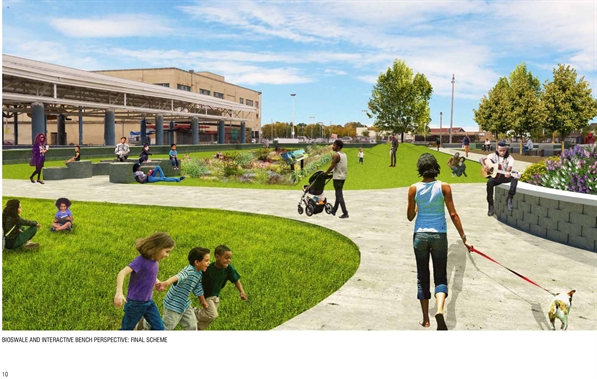 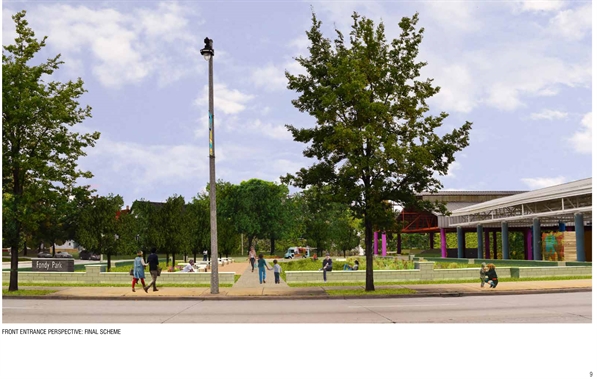 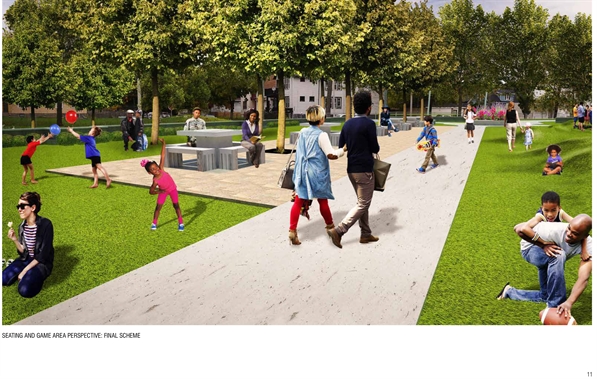