Among the new concepts coming to the Zocalo Food Park is Fontelle's Eatery, a globally inspired burger and sandwich concept from the owners of Freshfin Poke. Here's what they will be serving up.

Work on Zócalo, Milwaukee's first food truck park, is well underway at 636 S. 6th St. in Walker's Point. In fact, the park has set its sights on an opening in June.

Zócalo will feature four resident food trucks, one rotating food truck concept and an incubator concept along with a tavern that will serve up curated craft cocktail program and a beer selection.

Familiar vendors will include the Mazorca Taco Truck, owned by Zócalo co-founder Jesus Gonzalez and Scratch Ice Cream, the concept run by partners Ryan Povlick and Dustin Garley which also has a location in the Crossroads Collective on Milwaukee’s East Side. 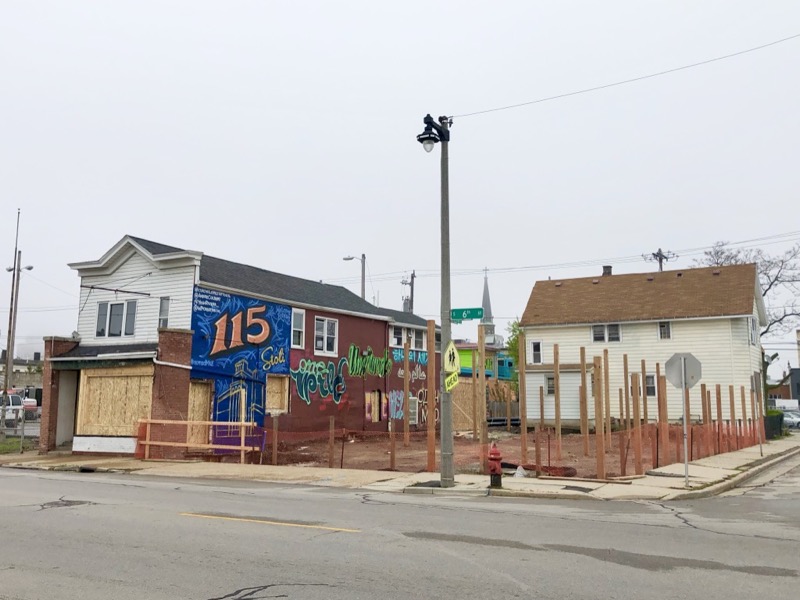 But there will also be three brand new concepts. Among them is Fontelle’s Eatery, a globally inspired burger and sandwich concept from the owners of Freshfin Poke.

"At Freshfin, we really specialize in innovative, affordable food that tastes really great," says Nate Arkush, founding partner of Freshfin Poke and Fontelles. "We looked at this as an opportunity to really get innovative with regard to sandwiches and really keep people on their toes when it comes to flavor profiles."

The concept was named after Edwidene "Eddie" Fontelle, the mother of one of Freshfin’s founding partners

"She was really into cooking and bringing people together around food," notes Arkush. "It’s such a great fit for what we’re doing at Zocalo. It’s a beautiful name and we really loved that there was such a great story behind it."

The Fontelle’s menu will feature a healthy selection of burgers and sandwiches, along with loaded fries and sides.

One-third pound smashburgers will be the signature item at Fontelles. They’ll be made from a custom blend of certified Angus beef shortribs, brisket and chuck that’s been raised in the Midwest (primarily Wiconsin and Iowa) and served on Breadsmith rolls.

"Our focus is on keeping things fresh and housemade," says Fontelle’s General Manager Jack Shuber. That includes the food truck’s sauces and aiolis along with add-ons like garlic dill and spicy pickles. "But I’m really excited about the global fusion aspect of the concept. We’re really bringing so many different flavors together."

There will also be a creamy Brussels sprout slaw, house fries with Eddie’s special sauce and curry aioli and crostini with bacon-onion jam.

Pricing on sandwiches is expected to fall in the $7-13 range, with sides price d $3-6. House fries or Brussels sprout slaw can be added to any burger or sandwich for just $2.

Shuber says Fontelle’s is also focused on delivering an ample range of gluten-free options (complete with transparency for those with Celiac). The truck will feature both a core menu plus regular specials (one of which could well be a banh mi sandwich or burger).

"We are really excited to be a part of Zocalo," notes Arkush. "Jesus [Gonzalez] has done a really great job with Mazorca, and he’s bringing a very similar, community driven mission to this project along with a really nice mix of vendors. I’ve visited other food truck parks in places like Austin, and this is going to be an awesome addition to the Milwaukee."

Call for food trucks: Join us for one of the biggest events of the summer

Take-Out Tuesdays are back at Schlitz Park