Wisconsin architect Frank Lloyd Wright's stunning and innovative work brought him commissions all around the globe, and when I travel, I try to make sure I see as many of them as I can. Here is a look at his beautiful Jiyu Gakuen Myonichikan girls school building in Tokyo.

TOKYO – Wisconsin architect Frank Lloyd Wright's stunning and innovative work brought him commissions all around the globe, and when I travel, I try to make sure I see as many of them as I can.

Like the rainy day in Florida a couple years ago, when looking for something to do, I visited his amazing Florida Southern campus.

On a trip to Tokyo, you know I stopped in at the Imperial Hotel's lounge not only for a cocktail but to see the remnants of Wright's landmark hotel there (demolished and replaced), which are preserved in the bar.

But I also hopped the Metro out to see Wright's Jiyu Gakuen Myonichikan ("House of Tomorrow") girls school building, erected in 1921 for Motoko and Yoshikazu Hani, who had founded the school, which had a Christian-based, self reliance focus.

Nestled into a residential neighborhood of narrow streets, the structure is actually three connected buildings (and a nearby auditorium designed by Arata Endo, the Wright assistant who introduced architect and clients), the most striking of which is the central portion with its amazing Prairie Style window.

A pair of classroom wings flanks the main building creating a U-shape that embraces a broad green space.

Inside, the buildings are pure Wright Prairie Style. Outside, the Japanese influence on Wright's work is perhaps more pronounced than in any other of his work.

The school moved in 1934, and alumni continued to use the Wright building, which survived threats of demolition in the 1990s. It has since been restored and has been deemed a National Important Cultural Asset. It continues to be used as an event space and is open to visitors.

Here are images of the Jiyu Gakuen Girls' School Myonichikan:

The school is tucked into a residential neighborhood 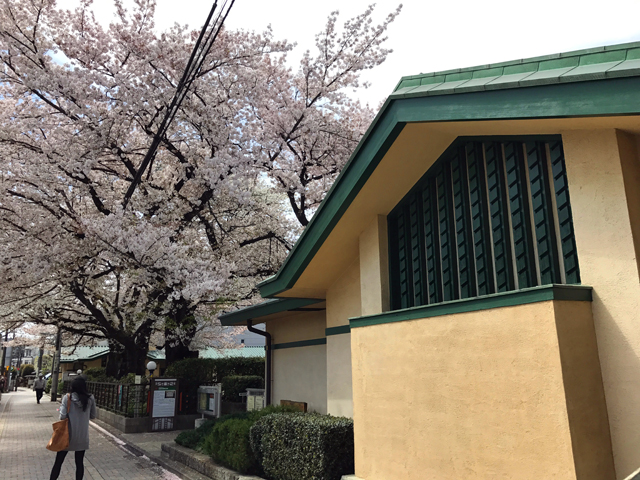 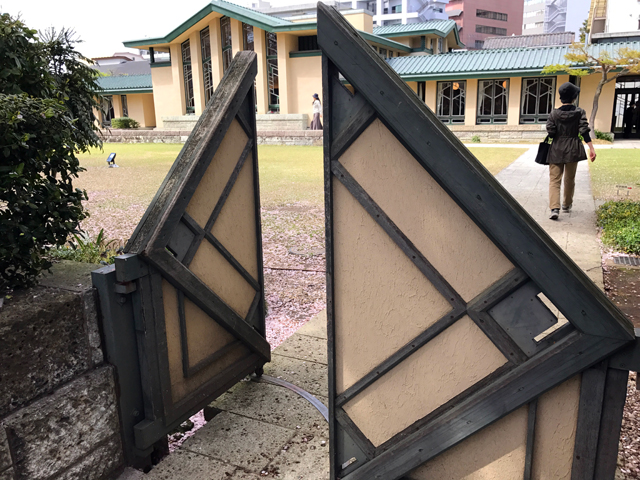 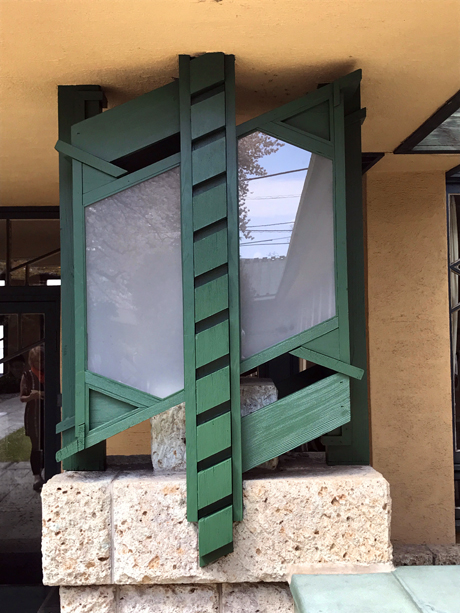 The design is, unsurprisingly, heavily Japanese-influenced 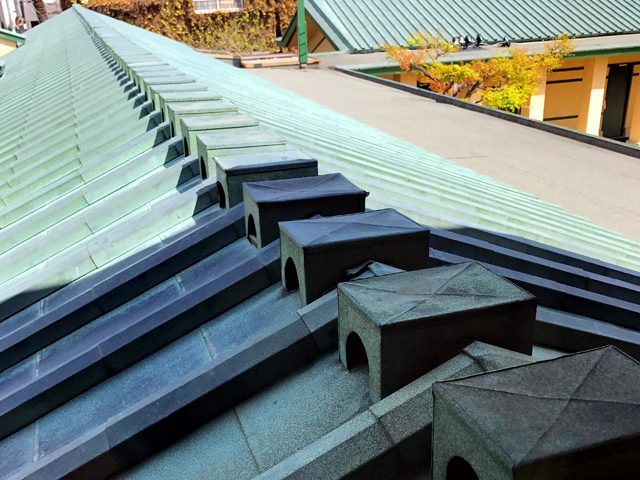 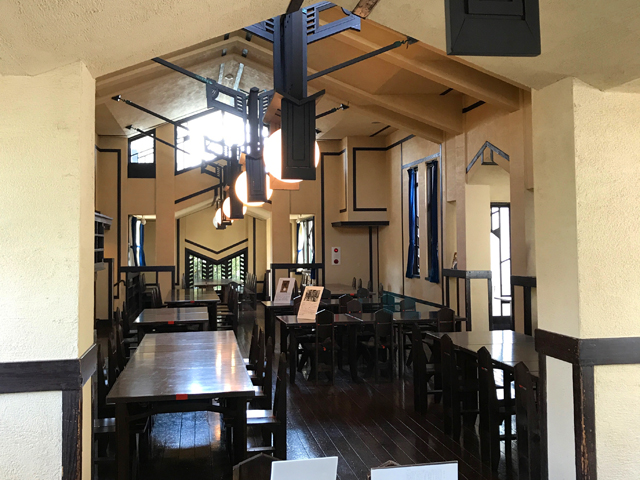 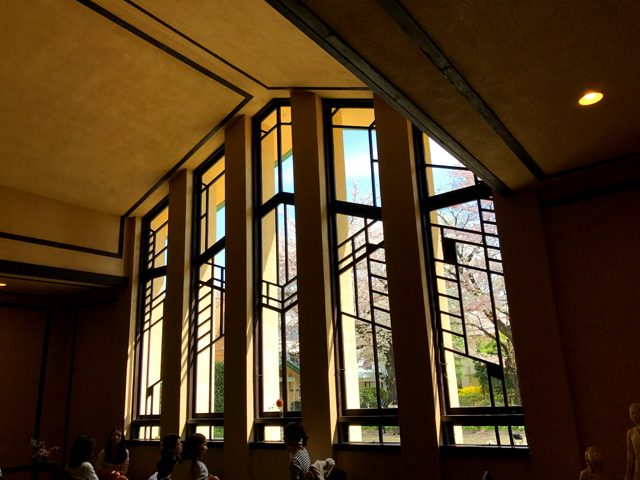 This one ain't half bad, either 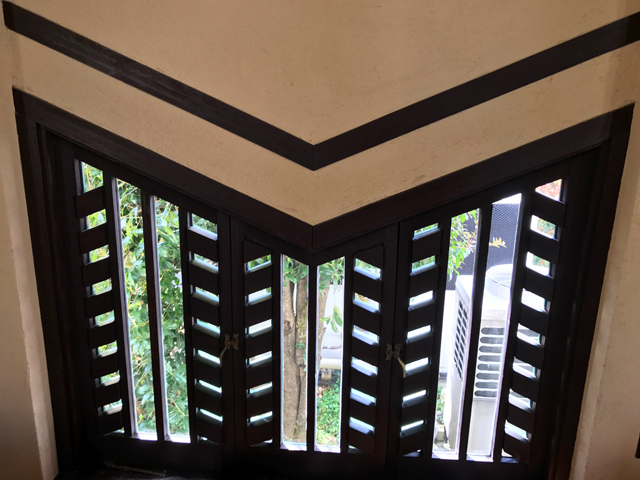 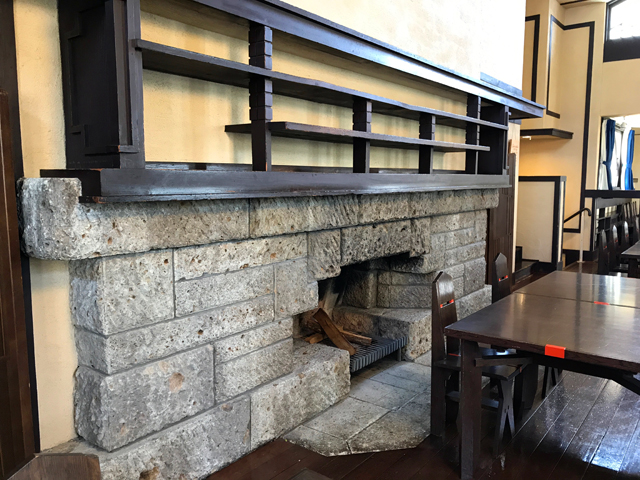 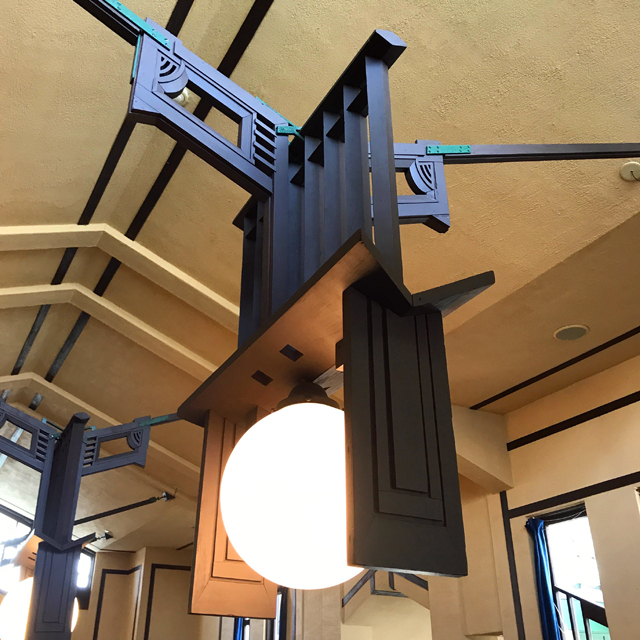 Built-in shelves above the fireplace 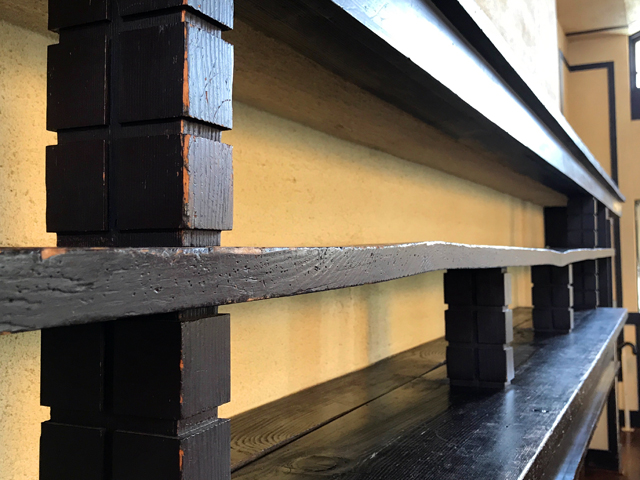 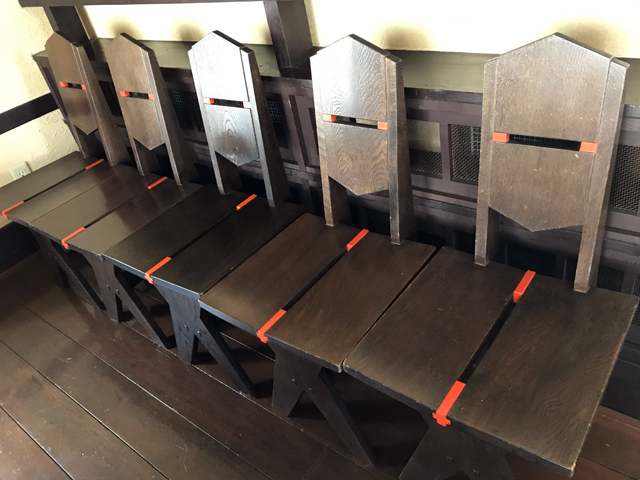 The building is still used today for events 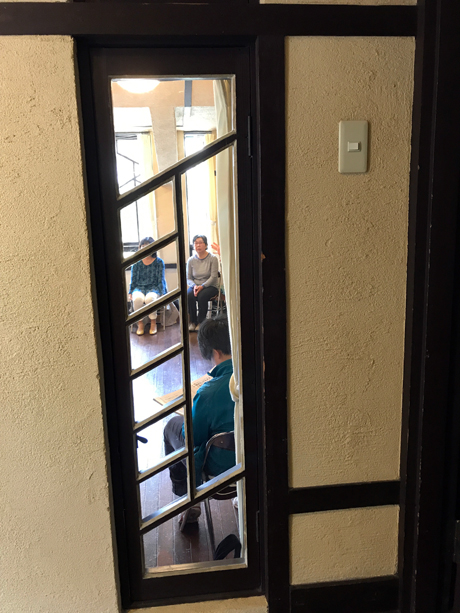