Last year, when Sam Kassel and Alex Ogden saw that their neighborhood custard stand was for sale, they took a leap and bought it. They've improved the food and the custard and used the shutdown to renovate.

Last year, when Sam Kassel and Alex Ogden saw that their neighborhood custard stand was for sale, they took a leap and bought it.

The couple, which also owns and operates an business that organizes run/walks for nonprofits in the Midwest, closed on and took over Fred’s Frozen Custard, 4726 W. Vliet St., on Aug. 29, 2019. They live on nearby Martin Drive.

Originally home to a Tastee-Freez ice cream franchise, the 1957 later was home to Wilke’s Frozen Custard and, since 1967, Fred’s, which was listed for sale in spring 2019. 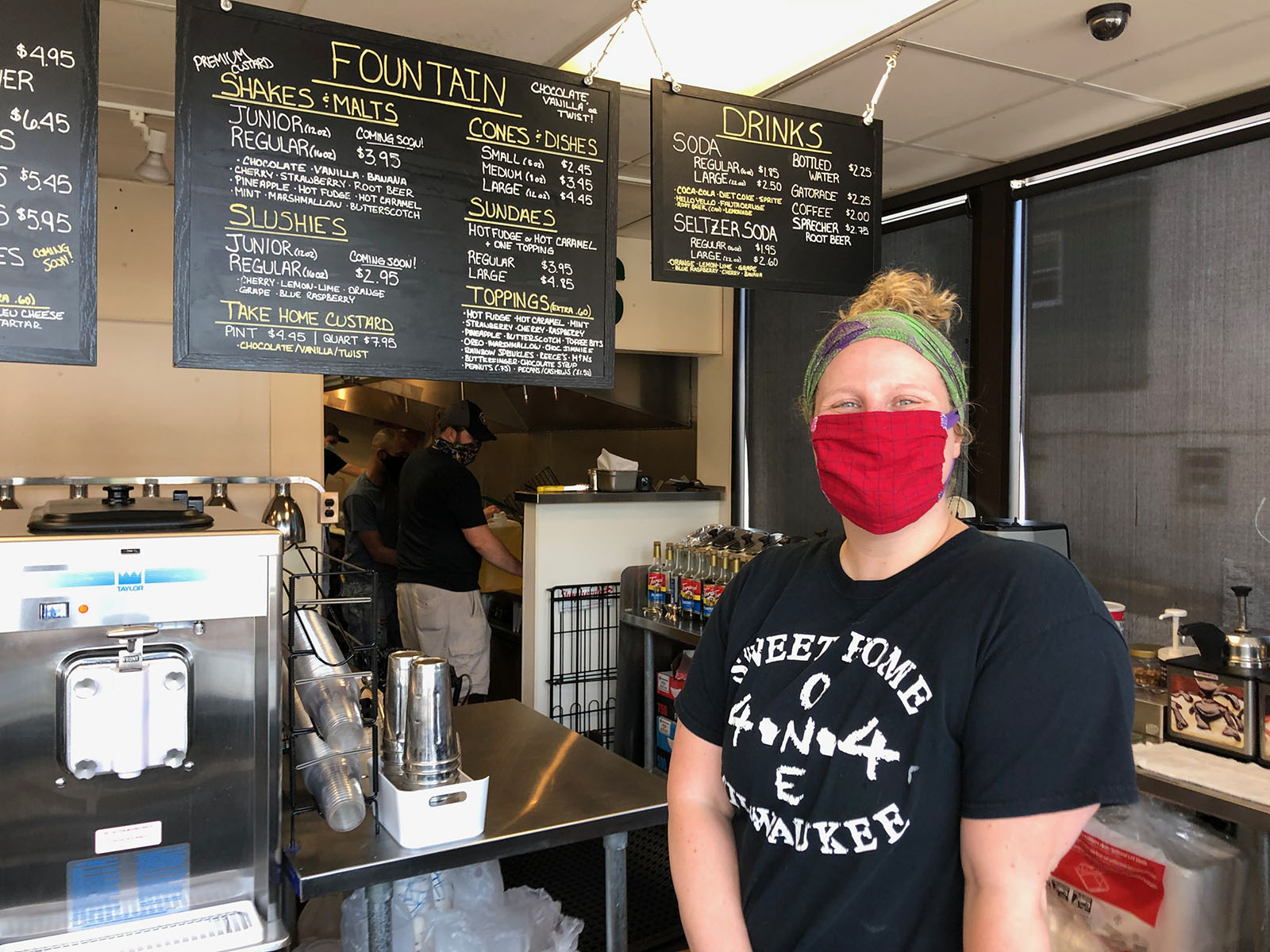 Who is that masked? Sam!

"We live in the neighborhood and have been long time customers," says Kassel. When it came up for sale, we just knew it was something that we wanted to do."

To say that it’s been an interesting first 10 months, might be an understatement.

"There has absolutely been a lot to learn," she adds. "There have been amazing highs and some really difficult challenges, but we hope to do justice to our neighborhood institution."

Though they come from nonprofit backgrounds in more recent times, Kassel says she has some experience in the service industry, but that their experience owning another small business has also been extremely helpful.

"We also have incredible industry peers who have helped us get to where we are with the restaurant," she says. "Plus, we have surrounded ourselves with two talented chefs, one who has been with Fred's since before we took over. It's been fun. It's really been the cherry on top."

Last summer, the new owners did their best to keep the ship righted, but started a goals list and slowly began making very small changes to the menu, without messing with the basics that were long beloved by the Washington Heights neighborhood.

"Small things like creamier mayo, tastier ketchup and green leaf lettuce," says Kassel. "The biggest change we made was to the hamburger bun. We now use a deliciously buttery brioche bun. We also moved to seasoned shoestring fries, beer-battered onion rings,and home-style battered Wisconsin cheese curds, and so far all have been well received. A few more things here and there, but just subtle changes to make you think mmm, that's good’." 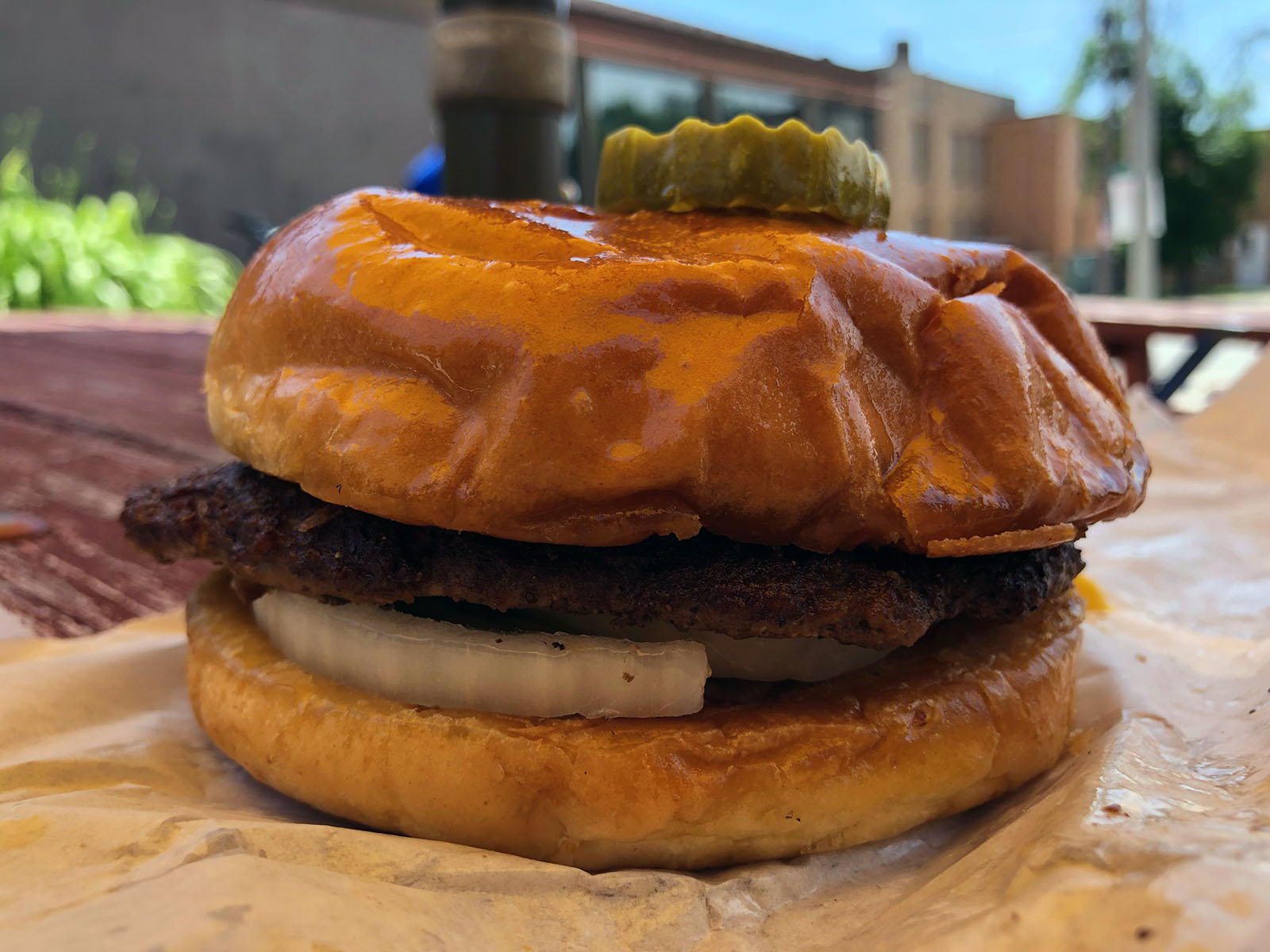 They have added a few items to the menu, including fried pickles and corndogs and kept things like Italian beef, reubens, chicken tenders, burgers, barbecued roast beef and deep fried hot dogs. The pizza burger was removed from the menu but only because the supplier no longer carries it, says Kassel.

"So far with the food changes, the response has been good. We've been selling a lot more of those items, so I take it they are being enjoyed."

One of the best changes has been to the custard, which is made from Classic Mix from Galloway in Neenah. Instead of the 3.5 percent mix (which is pretty low for frozen custard) that was used by previous owners, Kassel and Ogden have boosted that to 10 percent.

"We use 10 percent custard all around: cones, dishes, sundaes, shakes/malts," says Kassel. "This creates creamier, more flavorful shakes by using the premium custard."

Because Fred’s uses dispensing machines rather than batch custard machines, it doesn’t have the capacity to do the kinds of flavors of the day with inclusions that other stands offer, but it can offer something those places cannot: a chocolate/vanilla twist option. 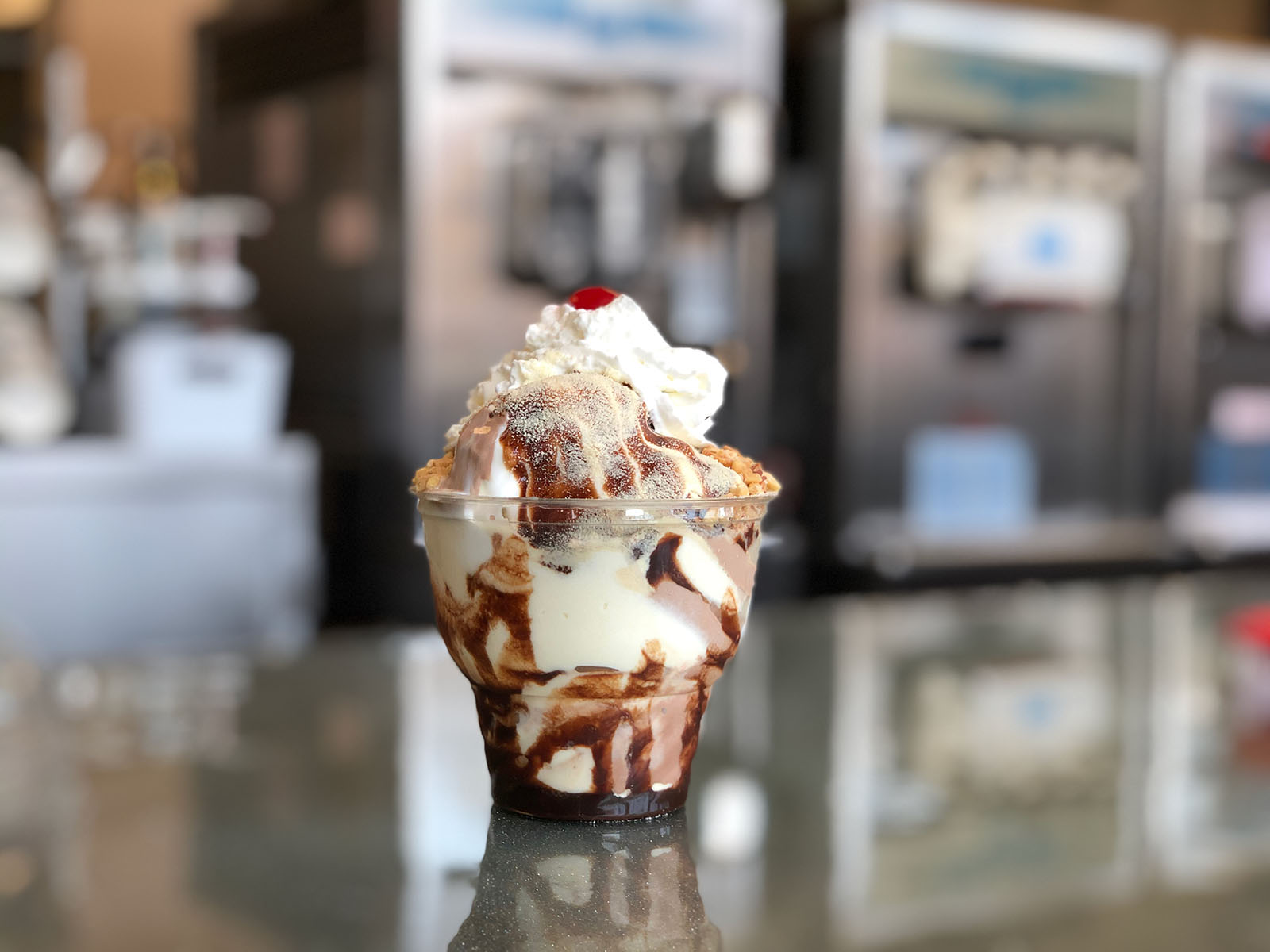 One of the few places you can get a sundae made with chocolate vanilla twist custard.

When the coronavirus arrived here, Fred’s new owners took advantage of the shutdown to make some visual changes. The business, despite being mainly carryout already, closed from March 18 until May 28 because the interior space is so small.

"Alex used his quarantine time wisely and completely renovated the front lobby," says Kassel. "While I just adored that ‘90s beadboard that reminded me of my grandparents’ basement, it needed a fresh, new look. We're excited for folks to be able to see it.

"We took that time to do some maintenance, cleaning and simple renovations."

As part of that work some new HVAC is being installed this week, taking advantage of the fact that the lobby is still closed to the public.

"Right now, we are utilizing our two entrances as ‘Order Here’ and ‘Pick-Up Here’ stations," says Kassel. "This way, customers can remain outside and safely distanced from each other."

Fred’s is currently open Thursdays through Saturdays, from noon until 8 p.m. or until sold-out on Saturdays.

Customers have been showing up, too, says Kassel.

"The customer response during this COVID experience has been amazing," she says. "Just really amazing. Our first weekend back, we were so absolutely blown away. And then week after week, we see the same beautifully masked faces. It means so much to us. We really had no idea there was that much love. We hope we can keep making everyone full and happy.

"We are so grateful that we have been incredibly busy! But that also means wait times are increasing- so we are trying to encourage more call-in orders. We just feel lucky to have fallen into such an awesome and supportive community."

Kassel says she and Ogden are committed to keeping Fred’s a strong part of the community.

"Alex and I are excited to move Fred's towards the future with our team while holding true to its roots and history," she says. "Especially because our awesome customers are also our amazing neighbors! We don't want to disappoint.

"But we love Fred's, and we love our community, so I think we can do the neighborhood proud. A Milwaukee Tradition since 1967. We want to keep Fred's going for another 50 years."