Funky Fresh Spring Rolls gets a boost from FedEx grant

Trueman McGee, Milwaukee native and owner of Funky Fresh Spring Rolls, is in a pretty good place. He owns a successful small food business. And through that business, he helps others in the community to eat more healthfully.

Trueman McGee, Milwaukee native and owner of Funky Fresh Spring Rolls, is in a pretty good place. He owns a successful small food business, and through that business, he helps others in the community to eat more healthfully.

To top things off, he received notice last week that he’s one among 10 winners nationally for the fifth annual FedEx Small Business Grant Contest. Among his winnings are a $7,500 grant and $1,000 in FedEx Office services. The hope is that both of those could help him get his product on grocery shelves in the future. 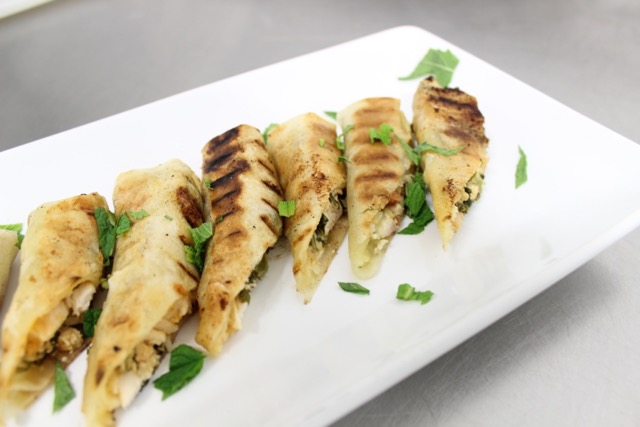 But, not long ago, things were different for McGee, who just four years ago found himself at a crossroads. He’d been laid off from his job as a sheet metal worker, work that he’d been doing for the previous 10 years.

"I was done," he says. "I didn’t like what I was doing. I was also at my heaviest weight. I weighed 300 pounds at the time. And I knew I needed to make some changes. In the end, I realized we only have one life, and I needed to start living like every day was my last."

So, McGee made a shift. With the help of "Big Bertha," an old tractor tire he got from a friend, he began working out. And, thanks to cooking skills gleaned from his mother, a teacher who made extra money running a catering business during the summer, he also began eating better.

And, as the pounds melted off, people began to take note.

"I was eating healthier and working out all around the city," he says. "And I had a lightbulb moment one day while I was with Bertha at Bradford Beach. I realized I was tired. I was tired from working out. But, I was also tired of making excuses."

Gettin’ Tired became not only McGee’s motto, but also the name of his personal training business. Along the way, McGee says, he noticed that his clients not only needed help learning to work out, but they also needed guidance in healthier eating. And Funky Fresh Spring Rolls was born. 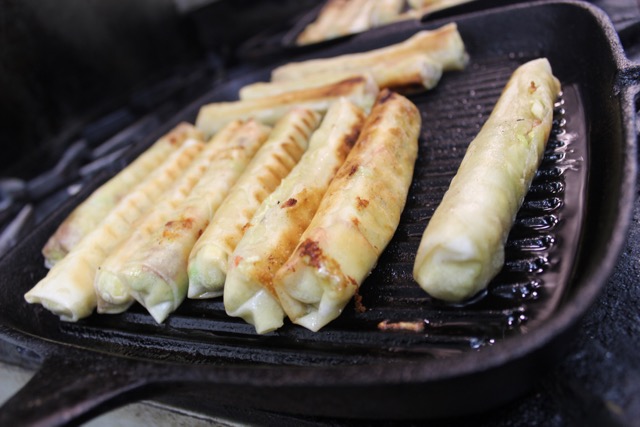 "The business didn’t have a name then. It wasn’t even really a business," he says. "But, my clients started asking me about food. And I’d bring in things I was eating. It started with a sweet potato and black bean burrito. And then I started to think: wow, this would be great as a spring roll."

Now McGee runs a successful small business, making and selling healthful grilled spring rolls in flavors like sweet potato black bean, Buffalo chicken and kale, chicken club and chicken broccoli mushroom, which he sells alongside his Funky Fresh sauces, which are made from non-fat Greek yogurt.
He says he was tipped off to the FedEx grant program by his mentor, Cheryl Mitchell from the UWM Small Business Development Center, who sent him information about the contest and urged him to enter.

From there, he says he "went crazy" promoting the contest to friends, family and fans via social media, earning him a place in the FedEx top 100. From there, he submitted an elevator pitch video to the judges which, combined with his story, gave him a leg up on the competition.

"We thought he would be great to work with given his unique background, as well as the challenges he faces in getting his product into retail establishments. At FedEx, we have a packaging lab where we work with business owners to assist them in creating packaging design that really works for them. We knew that he’d be a good fit for that program, and we’re looking forward to working with him."

This year, he says that in addition to selling at a variety of markets, he’d also love to establish his own commercial kitchen so that he can get his product on grocery shelves as a frozen product. It’s a dream he hopes the FedEx grant will facilitate.

You can find Funky Fresh Spring Rolls at area markets including the Outpost Maker’s Market on Thursdays from 10 a.m. to 2 p.m. at 1617 W. North Ave. (through the end of July).

Beginning this summer, McGee will also have stands at farmer’s markets in Brown Deer, Enderis Park, Shorewood and Waukesha. McGee, who also sells his product online for local delivery says he’s also up for private catering, which includes options like salads, spring rolls and quinoa bowls.