Earlier this month, Melissa Dorn Richards and Pamela Anderson transformed the top floor of the Marshall Building, 207 E. Buffalo St., and introduced Milwaukee to Material Studio + Gallery. The 6,900-square foot space formerly housed Plaid Tuba. Material will be open to the public on both Gallery Night and Day, July 24-25.

The 6,900-square foot space formerly housed Plaid Tuba, founded in 2008 by Reginald Baylor and Heidi Witz. Richards and Anderson, both former Plaid Tuba artists, decided to take over the space when Baylor and Witz did not renew the lease.

"This happened unexpectedly, but when we were faced with the opportunity, we couldn’t resist but to take it and run with it," says Anderson.

Baylor and Witz will retain studio space until Aug. 1.

"We consider all of them affiliates," says Richards. "It’s not just about leasing the space. We are all interested in the same things and everyone in there shares the same values: getting the word out about Milwaukee artists while promoting and fostering sales."

On Gallery Night and Day, July 24-25, Material will feature the permanent artists along with special guests Timothy Westbrook, Stephanie Barenz, Anja Notanja and Ginger and Judy.

"It will be very active, very alive," says Anderson. "The synergy and energy of the space affords limitless possibilities."

Coming up with the right name was, so far, one of the most challenging aspects of starting the business. The women bounced a few ideas off of friends and colleagues that were rejected before finally coming up with Material.

"It really conveys who and what we are," says Anderson.

Material still has a few available permanent spaces. Anderson and Richards are looking for people who are dedicated to their practice and promotion of their work, but also individuals or groups who will thrive in the environment.

"It’s a very public, open space," she says. "It’s not the right place for somebody who wants to hole up in their studio and not talk to anyone. It’s ideal for people who like public interaction."

Richards and Anderson knew they were a good business match through their connection at Plaid Tuba and at Milwaukee Artist Resource Network (MARN) where Anderson is the president and Richards serves on the board.

Both of the women have a background in business as well. Richards worked for an insurance company and Anderson was a mortgage banker.

"These past experiences position us to understand the value of having a professional vision," says Anderson. "It’s a struggle for Milwaukee artists to make a living full time as artists, but we want to empower everyone in our space to be able to do just that." 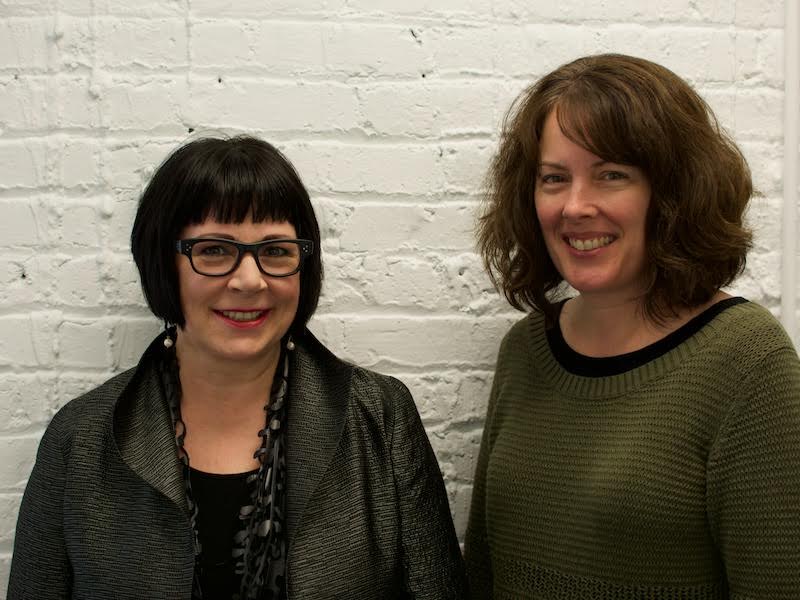 For more information on Gallery Night and Day, go here.